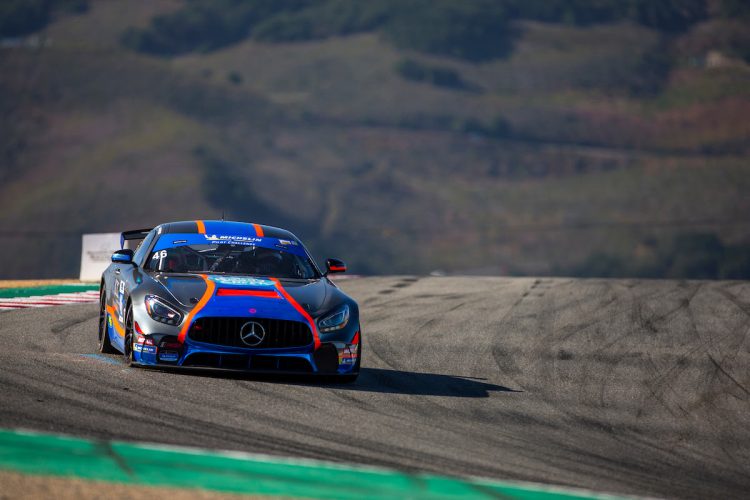 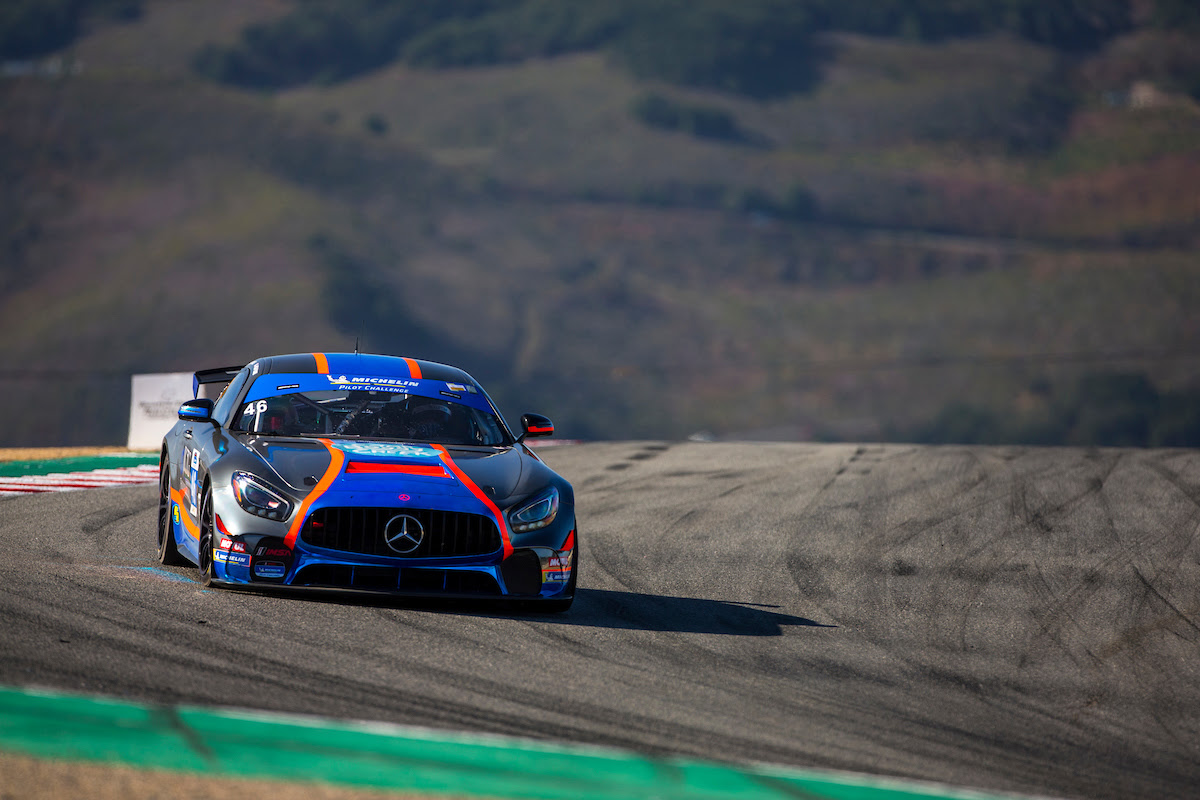 Monterey, Calif. (14 September 2019) – The ninth round of the IMSA Michelin Pilot Challenge at WeatherTech Raceway Laguna Seca saw big battles across the board. The TeamTGM Mercedes-AMG GT4s fought to the finish to close out the two-hour sprint seventh and 17th in the order.

It was yet another race that saw fuel economy and strategy play a major role in the final outcome. Owen Trinkler and Hugh Plumb dialed in the No. 46 Jayne Koskinas Ted Giovanis (JKTG) Foundation / Camp Boggy Creek Mercedes-AMG GT4 to start from the second row in fourth. The sister No. 4 of Ted Giovanis and Guy Cosmo took the green flag from 21st.

Trinkler capitalized on the start, immediately moving up to third and then picking off another competitor to take over second. Holding second for 20 laps, Trinkler managed the tires and focused on fuel conservation until handing the car off to Plumb on Lap 38. 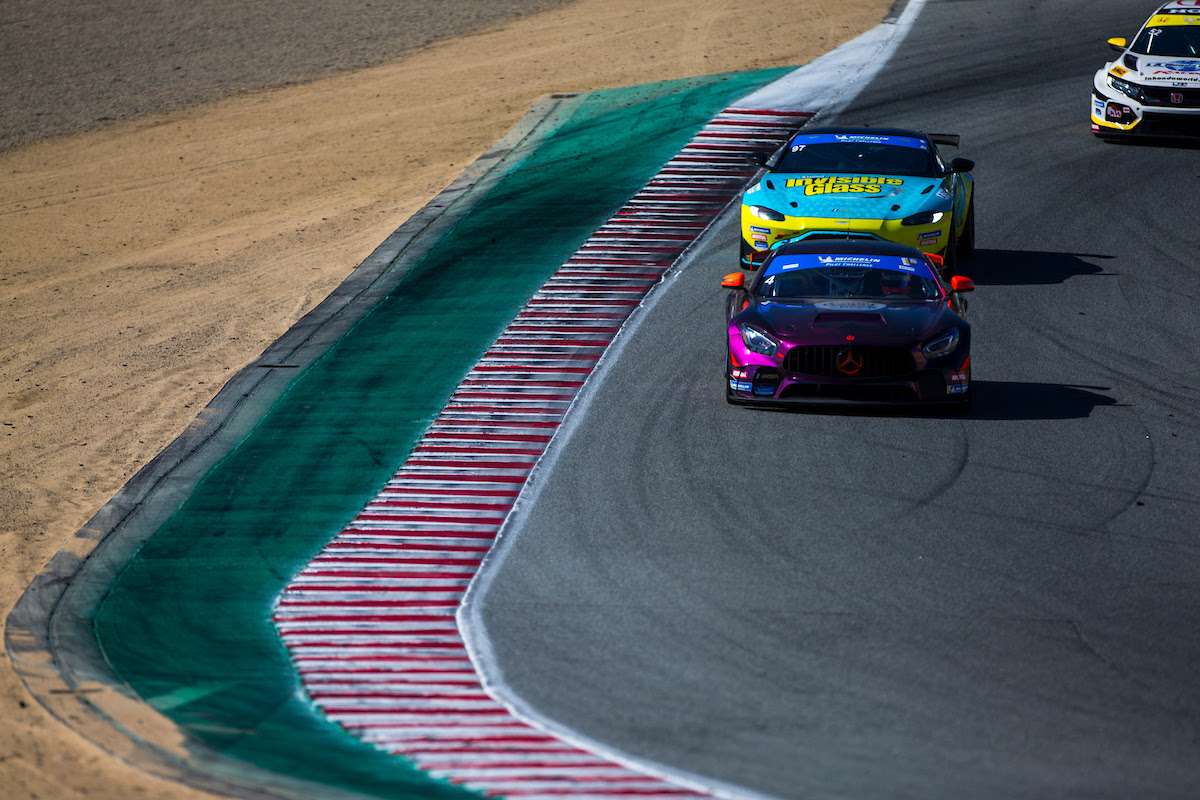 he No. 46 Mercedes was one of the first GS cars to pit and that strategy call aimed to put Plumb in a good track position to move up the order. The strategy appeared to pay off as Plumb moved from 14th to fifth, but several laps stuck in TCR traffic forced Plumb to fall farther away from the lead pack.

With several teams pitting for fuel and a fresh set of tires, the No. 46 Mercedes struggled to find grip towards the final laps as Plumb brought home the TeamTGM Mercedes seventh.

The sister No. 4 Mercedes saw Giovanis find a consistent pace early on as he maneuvered through traffic and tough conditions in the opening laps. Unfortunately the two full course cautions were unable to bring the No. 4 car back on the lead lap in time for Cosmo to take over on Lap 28. 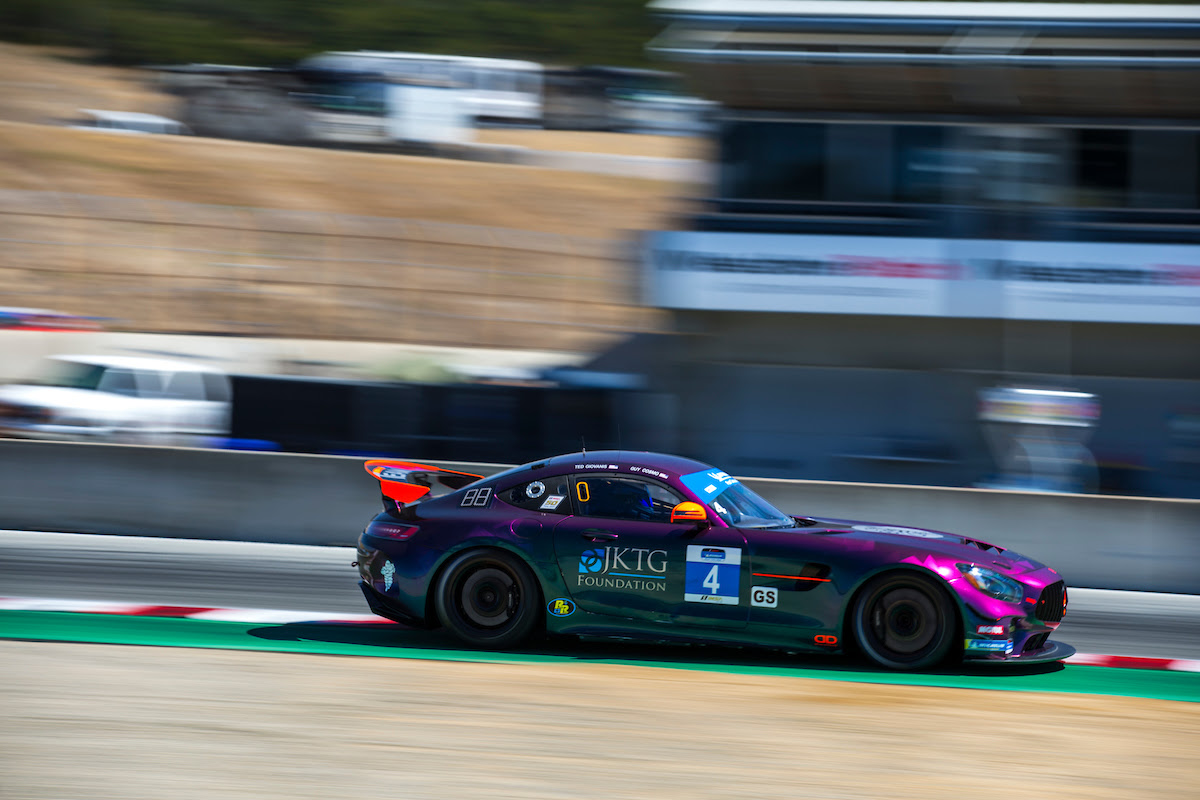 Cosmo held on to the Mercedes-AMG despite tires that were rapidly falling off due to the high temperatures and sandy track conditions. But never looking back, Cosmo brought home a clean car to finish 17th.

The final round of the IMSA Michelin Pilot Challenge season will head to TeamTGM’s home track at Michelin Raceway Road Atlanta on October 9-12.

Owen Trinkler:
“The crew did a great job today. I ran second basically my whole stint. We made a call to try and win the race and sometimes it goes your way and sometimes it doesn’t. We stick together and sometimes you have average days like this. Mercedes did win today, so that’s great points towards the manufacturer championship for them. We will regroup and come back to finish off the season on a high note at Road Atlanta.”

Hugh Plumb:
“The guys, as usual, did everything perfectly. We had a great stop and did everything that we needed to do. We made a strategy call to come in a bit early but it put us back out on track in some traffic and we didn’t expect that. I tried to hustle my way through the TCR traffic and it didn’t help me much towards the end. Everyone is doing a great job. We have one race left and we need to keep digging. Just a huge thank you to Ted (Giovanis), Kristina (Giovanis) and everyone on this team.”

Ted Giovanis:
“It wasn’t the result that we had hoped for, but we will take it and move on. We brought home two clean cars, and a seventh and 17th look pretty good for us. The track got really greasy and sandy at the end but that’s typical of this track. Our strategy didn’t really come to us today and we thought it would work out with the short fills but it never really worked out.”

Guy Cosmo:
“Ted really got up to a very strong pace during his stint once he was free of all of the TCR traffic. He does not have an easy job when he gets in that car and starts these races. Unfortunately, we went a lap down and we just missed out on the cycle with trying to stay out long enough to get the lap back. The car was as good as I feel it could be given the conditions. We still had good pace and we were running as quick or quicker than the leaders during my stint. It wasn’t a great day for us but certainly wasn’t a bad day. We’ve got one more left and we will see what we can bring out at Road Atlanta.” 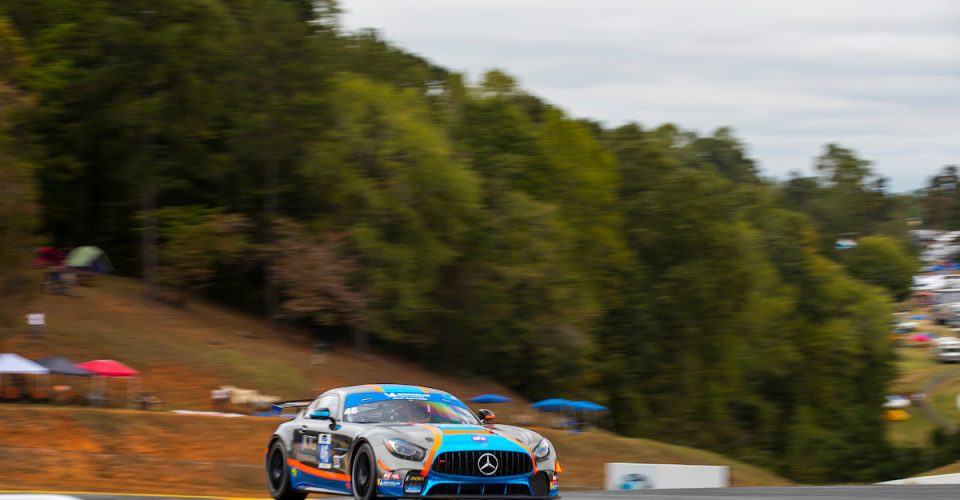 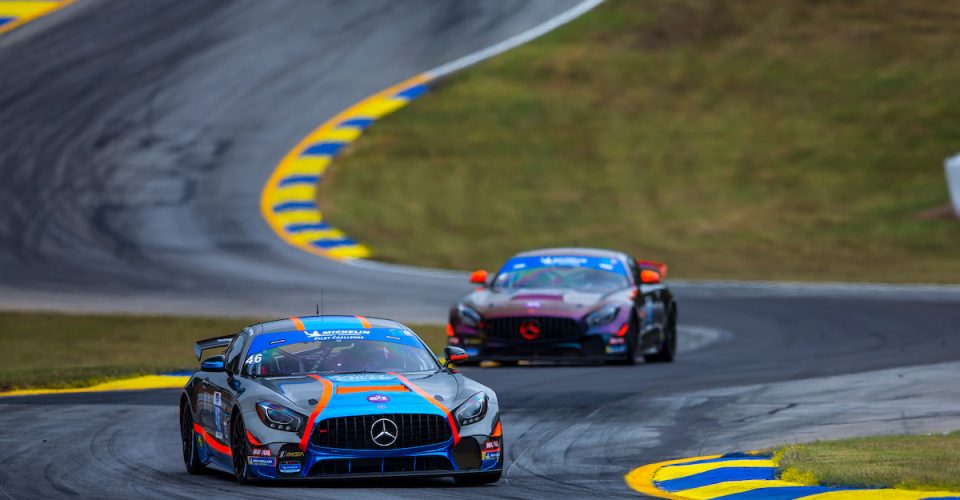