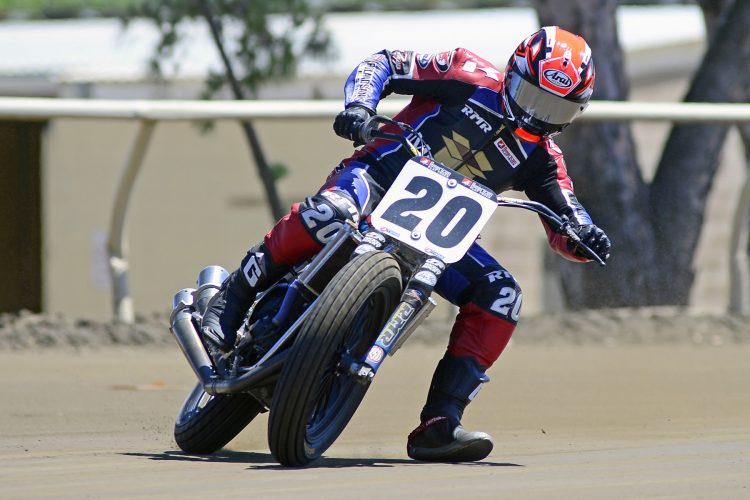 Shayna Texter will be seeking her third consecutive AFT Singles victory on Mile tracks, while Jarod Vanderkooi is set for another outing in  AFT Twins competition. Both riders are coming off a challenging weekend that saw them miss out on the feature races in at the Illinois State Fairgrounds in Springfield as they both look to get back to the front this weekend.

“I’m excited to be going to the Red Mile,” said Texter, who recently won back-to-back Mile races in AFT Singles competition at Phoenix and Sacramento. “It’s a new facility that the majority of us haven’t seen before, and it’s exciting to be going to a new venue with a clean slate against the competition.”

“Springfield was a rough weekend from the results side, but I have mixed emotions because it was only the second TT that I’ve raced in a long time,” said Texter, rider of No. 52 RMR McElroy Packaging Honda CFR450R that also carries support from American Honda, Al Lamb’s Dallas Honda, Tucker Rocky, Performance Electronics, ProTaper and Roland Sands Design. “I learned some valuable stuff that will help me in the remaining TT rounds this season. But it was definitely rough not making the main event and watching my competitors gain points on me.”

Texter also competed in Sunday’s Springfield Mile I, riding a RMR Twins bike. She qualified seventh, placed ninth in her Heat race and won the Last Chance Qualifier, but did not advance to the Main after placing 12th in her Semi.

“It was the first time I’ve ridden a Twin since the last National last October,” Texter said. “I haven’t tested one this year. I felt decent in the Last Chance Qualifier and was running up in a transfer spot in the Semi, but I lost the front end coming in to turns one and two, and slipped back about six positions. I wasn’t able to regain enough spots to make it into the main event. That’s a bummer, but I was excited about my performance because that’s the best I’ve felt on a Twin in a long time and we gained valuable data that will help with our program.”

After placing fifth in his Heat, Vanderkooi missed qualifying for the Final by one position in the Semi. That ended a streak of four consecutive top-10 finishes riding the No. 20 RMR 750 Twin that is sponsored by McElroy Packaging, Tucker Rocky, Roland Sands Design, ProTaper and Performance Electronics.

“We’re looking to rebound after Springfield, and the Red Mile is a perfect place because it’s a new facility no one has seen before,” Vanderkooi said. “We’ll have higher expectations this weekend, but we won’t know what the bike likes until we get out there.”