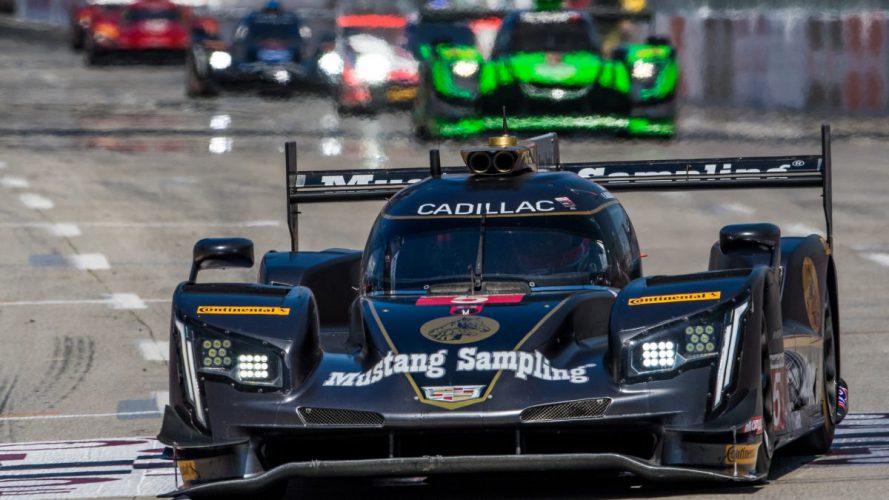 Mansfield, Ohio (1 May 2018) It has taken five years, but Mustang Sampling Racing will finally get the chance to defend its victory at the Mid-Ohio Sports Car Course this weekend. The team, which won the Mid-Ohio 250 with drivers Christian Fittipaldi and Joao Barbosa in 2013, will look to make a winning return to the 2.3-mile circuit with Barbosa and Filipe Albuquerque.

While it is five years since the No. 5 entry won at Mid-Ohio, the team is just a few weeks removed from its most recent win at Long Beach with the No. 5 Mustang Sampling Racing DPi-V.R.

A lot can happen in five years, and the return to Mid-Ohio highlights the rapid progress that IMSA has made since the merger ahead of the 2014 season, starting with new name for the series as IMSA WeatherTech SportsCar Championship has replaced the GRAND-AM Rolex Sports Car Series on the marquee.

The current era also features a sweeping change of sporting and technical regulations that has seen the world-class Cadillac DPi-V.R make a generational move forward from the Daytona Prototype machines that competed at the circuit in 2013.

“Mid-Ohio is a track where we have had some really good success including winning there the last time Grand-Am was there,” said Barbosa. “I am happy it is back on the schedule. I think it will be special to drive there in the Cadillac DPi so that is something I’m really looking forward to experiencing. Even though we’ve raced there in the past, everything is new and there really isn’t anything that will carry over from the old cars, so we will be starting with a new sheet of paper. We are doing our homework the best that we can.” 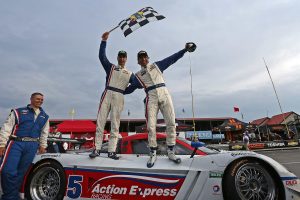 The series has also grown to three classes, with the Prototypes joined by the GT-Daytona and GT-Le Mans categories for the 2 hour, forty-five minute race.

The Mid-Ohio visit marks the second IMSA event that will require Albuquerque to learn a new track. But if his winning visit to Long Beach is any indication, he’s shown himself to be a quick learner.

“Everyone talks very well about Mid Ohio, I did some laps on the simulator in iRacing and the elevation changes seem like it will be a pretty cool place to race,” said Albuquerque. “After two bumpy tracks it will be nice to be back to a smooth one again!”

The visit to Long Beach was not only the first time on the track for Albuquerque, but it was also his first time racing in sprint competition for several seasons. And with his run to the front, he is looking forward to another comparatively short race at Mid-Ohio.

“I didn’t really know what to expect before Long Beach but since I won, now I love the sprint races even more!” smiled the Portuguese pro. “My approach to learning the track worked well in Long Beach and I will keep fine-tuning that for these new races—for me— that we are going to this year.”

Barbosa, who has raced with the team since its inception in 2010, echoes his teammates rapid acclimatization to new circuits.

“He (Albuquerque) is an experienced driver and as we saw in Long Beach where he was fast and competitive right from the start, it just isn’t the kind of handicap that it used to be,” said Barbosa. “He has a lot of ways to learn and experience a track a long time before we get there with simulators and in-car footage. Having Christian (Fittipaldi, AXR Sporting Director) with us is a great resource, and the team is very experienced as well so we have a lot of tools.”

While the visit to Mid-Ohio reflects a lot of change since the last IMSA visit, it also demonstrates that some things have remained constant. Having a philosophy of continuity and promoting from within has resulted in a very strong team culture at Action Express Racing as well as a strong performance as a team.

While Keith Johnson, who was the crew chief for the No. 5 squad in 2013, has since retired from the sport to build his business (http://www.cliffhangersclimbing.com), a significant number of key crew members are still with the team with several having moved up in the organization, including Scott Darnell, Zac Carder, Mark Olsen, Iain Watt, Bill Keuler, Kurt Zeiger, and Brian Hay as well as Gary Nelson.

Practice for the Mid-Ohio event will open on Friday, May 4 with the grid set during Saturday’s 15-minute qualifying.

Follow twitter.com/ax_racing for updates and visit the all-new http://axracing.com for team information, photos, and additional updates.