Meyer Shank Racing: 6 Ways to Win at The Gle

Watkins Glen, N.Y. (30 July 2018) – After a whirlwind weekend of racing at Watkins Glen International for Round 4 of IMSA Continental Tire SportsCar Challenge competition, TeamTGM’s No. 46 Mercedes-AMG GT4 finished the four-hour Continental 240 fifth after using great team execution to come back from a mid-race setback. The result was the best among the Mercedes-AMG GT4 squads as the team continues to learn to get the most out of the new platform.

The team got off to a tough start to the weekend after having to retire the No. 4 Mercedes-AMG GT4 machine of Ted Giovanis and Guy Cosmo following an incident during Friday’s qualifying. The sister No. 46 car – piloted by Hugh Plumb and Owen Trinkler – would be the team’s sole representative for the Continental Tire 240 at the Glen.

A shortened qualifying session left the No. 46 Mercedes-AMG to settle with ninth place on the grid for the start of Saturday’s race. Trinkler took the reins for the first stint of the race maneuvering through a hectic first lap which immediately brought out a full course yellow for two back-to-back accidents.

Trinkler held his pace and turned consistent times after the restart for the next 25 laps of green flag racing before turning the car over to Plumb on lap 39. Plumb worked his way through traffic handling the midpoint of the race. An unfortunate penalty against the No. 46 brought Plumb into the pits for a drive through, bringing the car back to 15th. 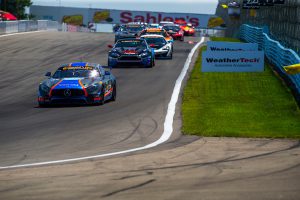 Returning to the fray on Lap 59, Trinkler – one of the most experienced and successful drivers in the series – returned behind the wheel only to make a head turning charge through the field to recover eight positions, bringing him to seventh in the order. Trinkler also laid down his fastest lap two hours and forty-five minutes into the race on lap 73 with a 1:57.852-seconds flyer.

The smart race play and well-timed pit stops called by team strategist Joe Varde brought Trinkler in contention for the win late in the race. Restarting from second place, hopes were high for a podium finish but the pace of the pursing field was remarkable as Trinkler had to use every trick in his considerable book to hold on for a fifth place finish.

“It was a good day for us to secure another top five,” said Trinkler. “The boys did a really great job with pit stops and me and Hugh (Plumb) are such a great pairing. It’s great to come to Watkins Glen for a four hour event and know that we can lean on each other and come out with a good result. During the second stint we put scuffs on and the car just really came alive and then Joe (Varde) just made an awesome call at the end to pick up those last few spots. Overall it was a great race for us and I think this gives us some good headway leading up to Canadian Tire.”

Plumb, who praised his TeamTGM crew for perfectly executed pit stops which helped the team’s run to the front of the field, was glad to have collected valuable championship points heading into the Canadian Tire weekend. 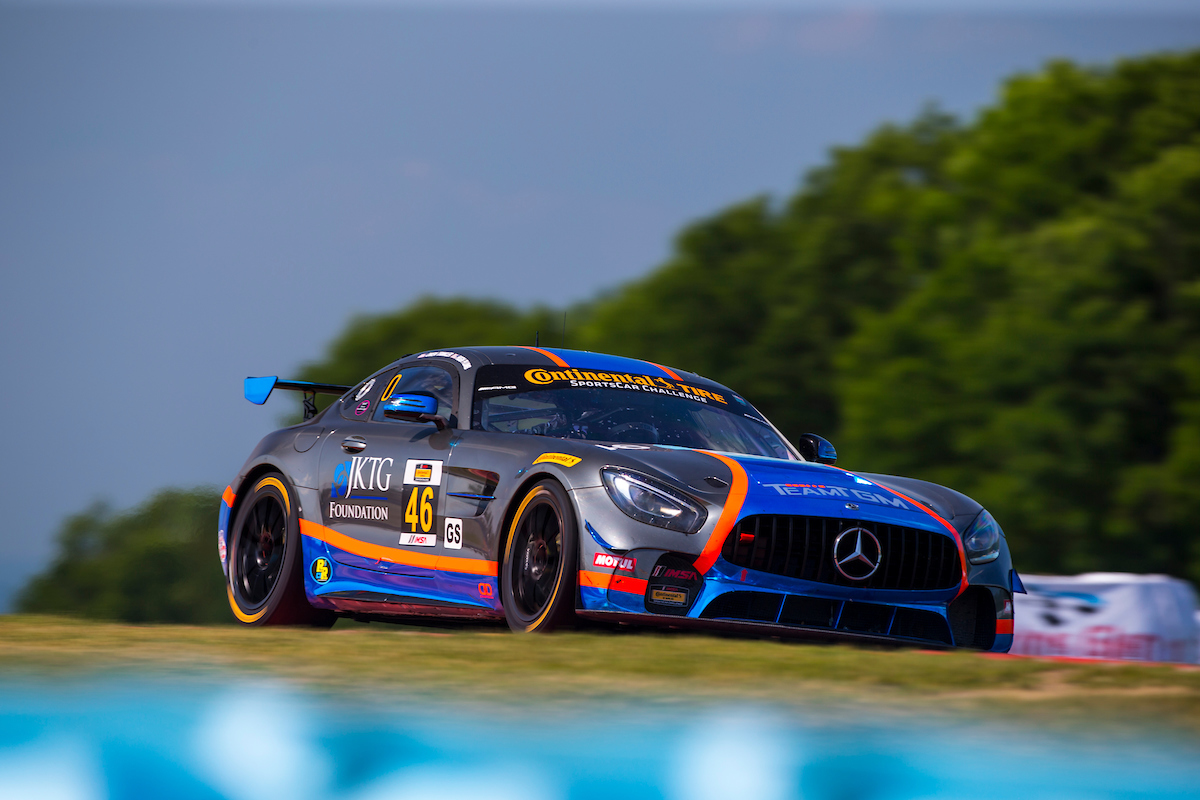 “The team performed so well today,” said Plumb. “Our TeamTGM pit crew was on point and our pit stops were flawless. Owen (Trinkler) did a great job in the beginning and at the end of the race. It came down to Owen dueling at the end and giving it everything we had. This race goes to the TeamTGM crew for keeping us in the hunt.”

“The team did a great job and kept fighting,” said team owner Ted Giovanis. “We were pretty excited late in the race with where we were running, but the guys around us, they seemed to have their cars turned up a little more and were able to drive right by us. But it was a good result after a lot of work from the team and our drivers.”

The IMSA Continental Tire SportsCar Challenge makes a quick transition for Round 5 of the season as the team heads north of the border to Canadian Tire Motorsports Park on July 6th-8th.