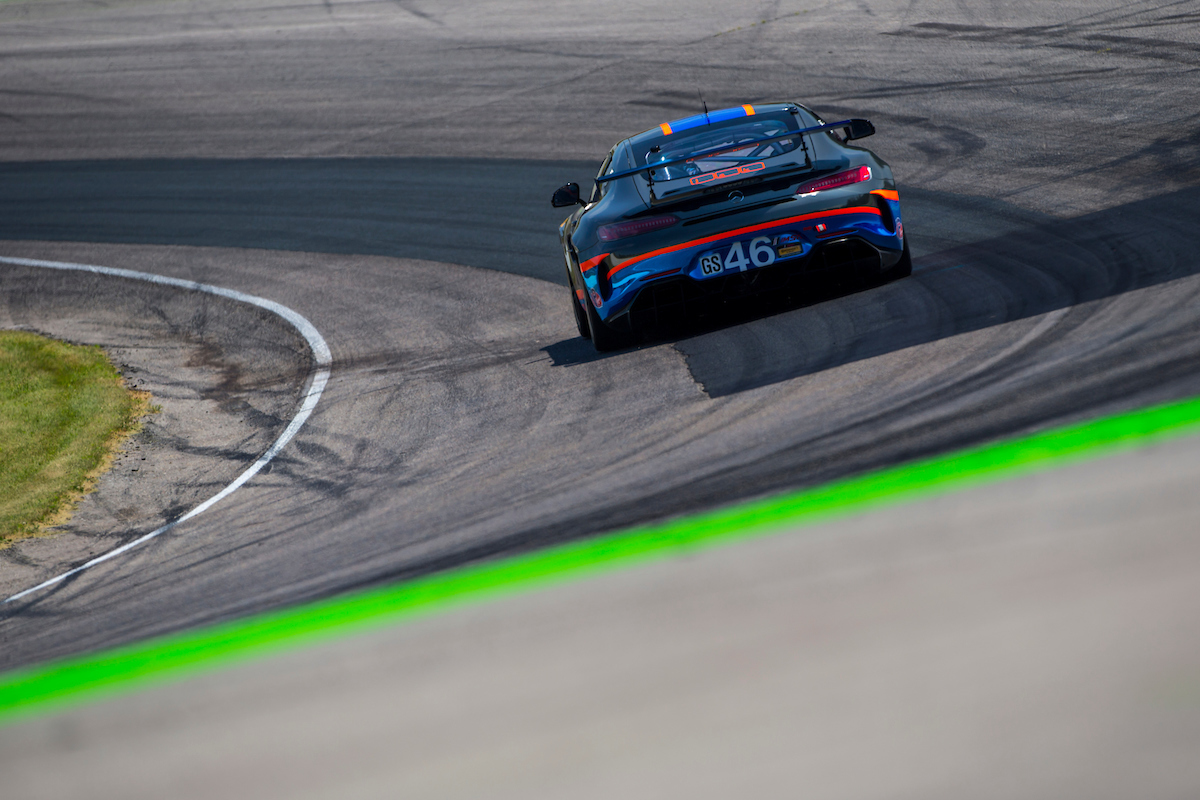 Reaching the checkered flag after two hours of flat out racing on the high speed circuit marked not only the strong return to form for Ted Giovanis one year after suffering an injury at the track last year, but it was also a comeback as the team took delivery of a new Mercedes-AMG GT4 last week and managed to quickly turn it around to prepare for the rigors of IMSA competition.

Owen Trinkler (No. 46 Jayne Koskinas Ted Giovanis (JKTG) Foundation / Camp Boggy Creek Mercedes-AMG GT4) opened the race from seventh on the grid and moved up to sixth through the opening stanza of green flag racing. A lap 37 pit stop saw Hugh Plumb jump in and gain one position in the pits to return to the track fifth in the order after a quick set of pit work from the TGM crew.

A full course caution on lap 45 gave Plumb a good window to return to pit lane on lap 46 for a second stop to fill up for a final load of fuel with the race going green on lap 49.

That marked the final slowdown for the field as Plumb worked to make sure he had both the fuel and the Continental Tires needed to make it to the finish with a strong pace.

After moving up to run fifth, Plumb had to cede two spots late in the day to come home seventh.

While the team took two stops for fuel the leading two cars that finished on the podium managed to complete the race with just one stop for fuel. 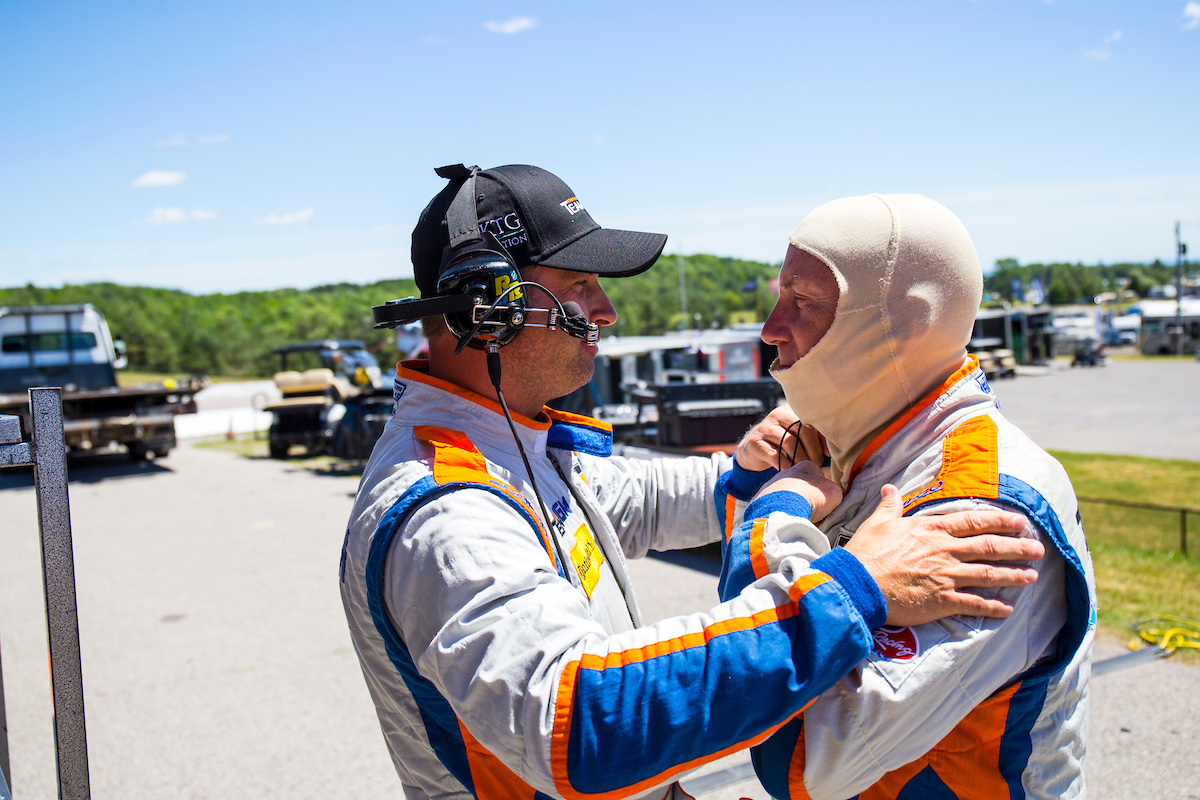 “The car was pretty good,” said Trinkler. “When we get stuck in traffic we can kind of get bogged down and at that point we just think about the championship. We want to win races and get podiums but today just didn’t happen for us. I can’t believe how far those guys (leaders) went on fuel. We weren’t even close to doing that. It was a good points day and the guys had a good, clean stop. Our biggest thing is conserving tires. The car was still quick at the end of my stint and we were gaining on the leaders. If the race was longer we would have gotten them.”

Fighting until the very last lap, Plumb gave credit to his team for executing quick pit stops and smart strategy to bring home a solid result to assist in the championship.

“Owen (Trinkler) does a fantastic job keeping the car in front and out of trouble,” said Plumb. “The TeamTGM crew made a great pit stop. We just kind of hung on and got good points today. I always like to think of the positives since there are a lot of them. We have a great team and I have a great co-driver. The guys on the box as always called a good race and we walked away with what we wanted and that’s points.”

For the No. 4 entry, Saturday’s race witnessed Giovanis starting from the tenth row following the Saturday morning qualifying session.

Quickly adopting to the new No. 4 entry, Giovanis held strong through his nearly 20-lap opening stint before turning the car over to Guy Cosmo. Unfortunately it was not a perfect exchange as the car was handed a drive-through penalty for a pit lane speed violation. 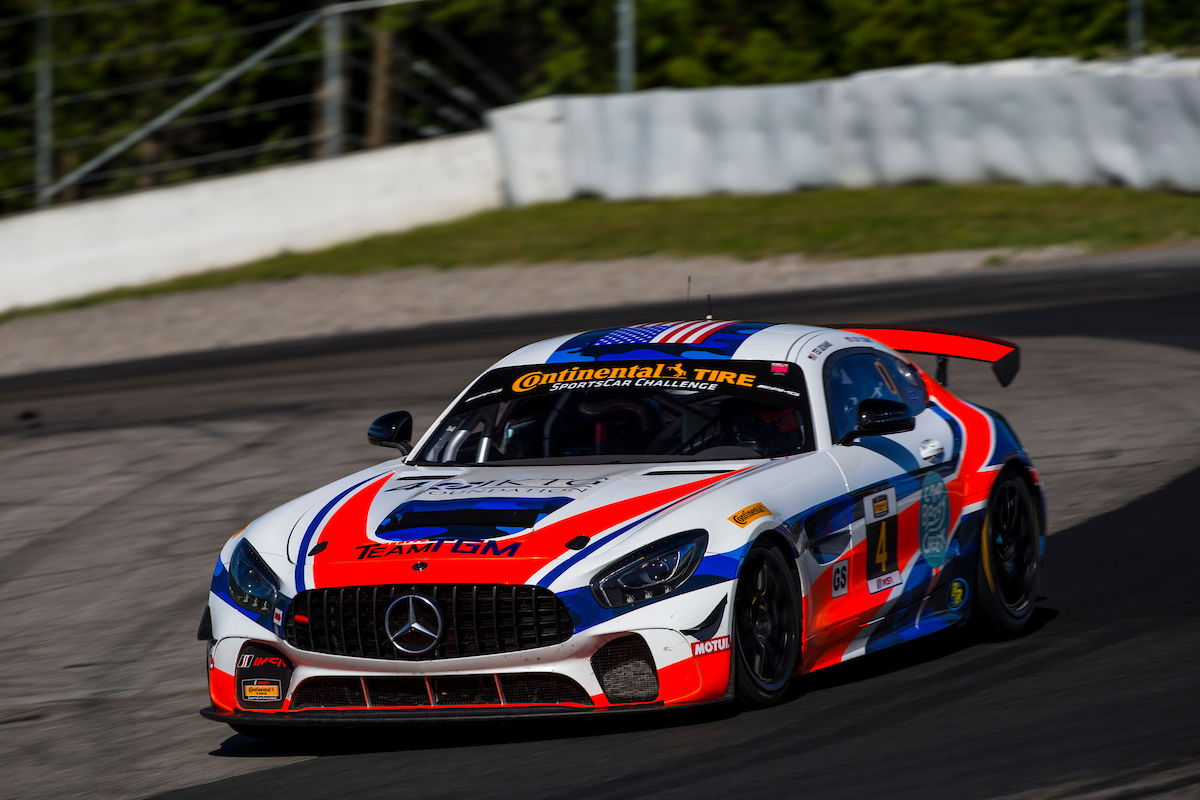 With a final lap 49 stop for fuel, the team worked to get back on the lead lap, and Cosmo fought his way to the finish while turning over lap times that were quicker than the leaders to come home 16th in class.

“We had some bad luck with that pit speed violation,” explained Cosmo. “It’s so easy to do but those things happen. It’s great that the car was handling well and was fast. Ted (Giovanis) did great and was running good fast lap times. This is a track I’ve been to a multitude of times since 1997 and I still picked up a few tips this weekend. The goal was to conserve the tires, run as fast as we could and not tear up the car. It was a lot of fun and I really enjoyed it.”

Giovanis, who made his return after injury sidelined him from the event last year was glad to have gotten back out on track and is already looking ahead.

“When I got into my rhythm I started running consistent laps,” said Giovanis. “Guy (Cosmo) did a great job to close out the race. All in all it was a great job by the team and a good day. The No. 46 gained points even though they weren’t running where they wanted to be running but it all fits together in moving up in the championship.”

The next round of IMSA Continental Tire SportsCar Challenge competition heads to Lime Rock Park in two weeks for the sixth round on July 20th – 21st.