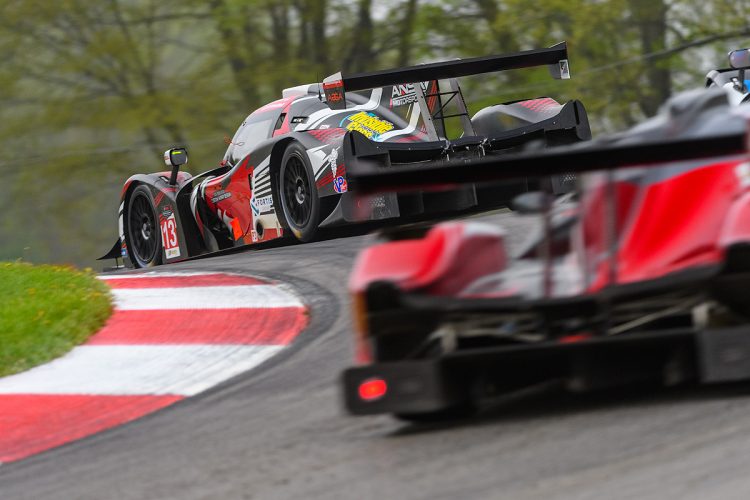 Lexington, OHIO (5 May 2019) – Mother Nature threw every weather condition in the book at the IMSA Prototype Challenge series this weekend at the Mid-Ohio Sports Car Course.

Having switched from the Norma chassis to the Ligier chassis that better fit his 6’3” frame, the story of the week for the 23-year-old Denver native was just trying to get up to speed quickly in the new car.

The weather did not help matters, as Thursday’s two promoter test sessions were conducted in wet (morning) and damp (afternoon) conditions. Waddell did not get in the car on Friday, as Perroy only got five laps in a very wet official practice session, and, knowing Sunday’s race would likely be dry, the team opted not to participate in the very wet afternoon session. With Perroy qualifying the car, that meant Waddell would jump into the Invisible Glass/Stoner Car Care Ligier with very little time behind the wheel.

“The first test session on Thursday was wet,” said Waddell, who utilizes Bell Helmets. “I felt like we had good pace in the rain. I got about three laps in the dry in the afternoon, but it was still quite damp, so it was hard to trust the car. I had no dry brake point references and that’s where the struggle was today.” 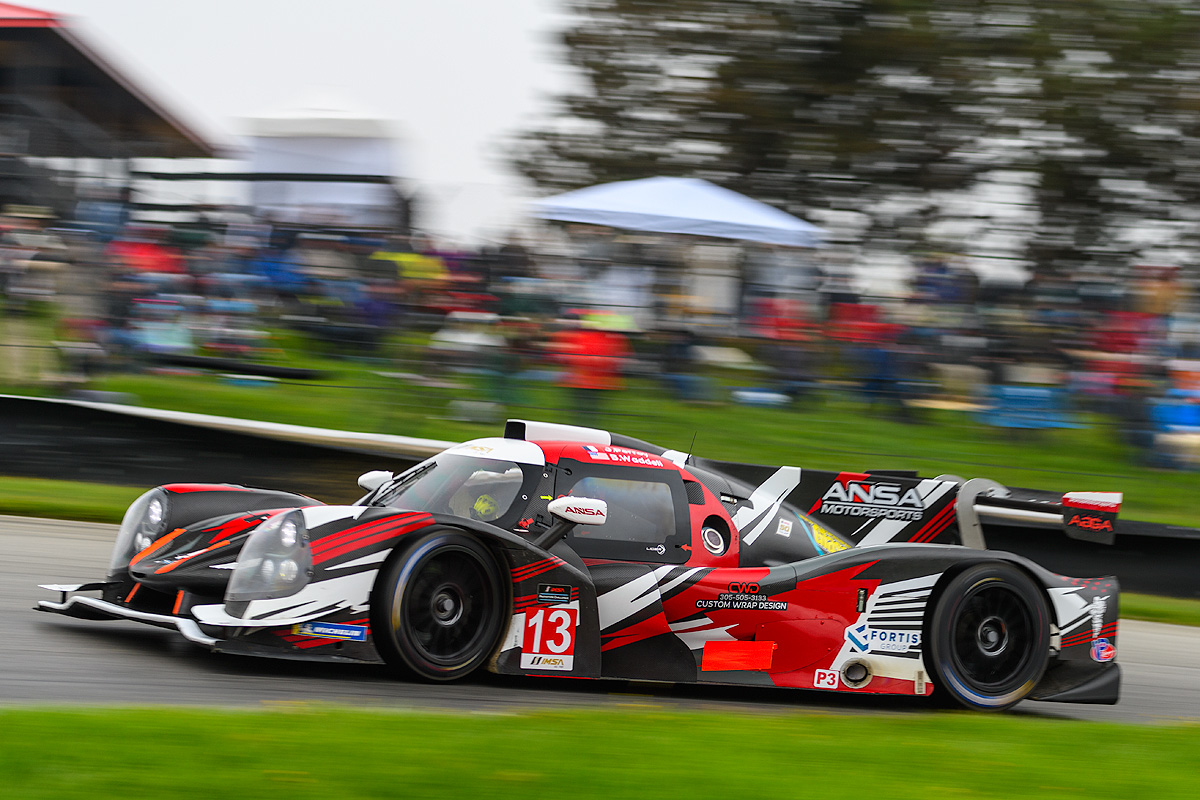 Extremely tricky conditions greeted the competitors as the green flag fell early Sunday morning under cloudy skies and 50-degree air temperatures, with Michelin reporting track temps of only 53 degrees. Perroy started the race and immediately engaged in a battle for fourth, until the second-place car careened off course on Lap 1, bringing out the first of five caution periods.

Perroy handed the car to Waddell in fifth position with just over an hour remaining, with the team opting not to take fresh tires in order to gain time. Employing smart passes and the right balance of aggression and caution in the cold conditions, Waddell worked himself back into fifth position within 12 laps.

“Because I didn’t have the laps in the car, it took me a while to get up to speed in the race,” said Waddell. “I found half a second late in the race by figuring out different parts of the track, which is what you usually do in practice. I felt that we had good pace, but I got the worse end of the stick on restarts, as some of the more experienced drivers were able to get around lapped traffic and I had to stay behind – and so often, if you make a mistake trying to get around someone, the guy behind you can get by.”

Former IndyCar racer Tonis Kasemets was able to pass Waddell in the Keyhole with 25 minutes remaining, but Waddell held off all comers in the waning laps to take a hard-fought sixth place finish on his well-used tires.

“So I tried to learn what I could behind them,” said Waddell. “I also had quite a bit of understeer for most of the race, so I couldn’t get exit shots off the corners. It was unfortunate that we didn’t have the speed to capitalize on those opportunities but that’s something I’ll continue to work on.”

The return to IMSA Prototype Challenge action was another weekend for Waddell to build his experience and resume as he continues to develop his career.

“At the end of the day, there are plenty of positives from this weekend,” said Waddell. “Even with limited time on track, I slowly built up to it and played it smart. If you put a wheel off today, you were off track and you weren’t coming back on out of that mud. I’m pleased with the result; the car was great. The Ansa team has been great to work with, the preparation was great, and my teammate Jordan drove a great race. It drives me to be better, to study what I can and to come back stronger.” 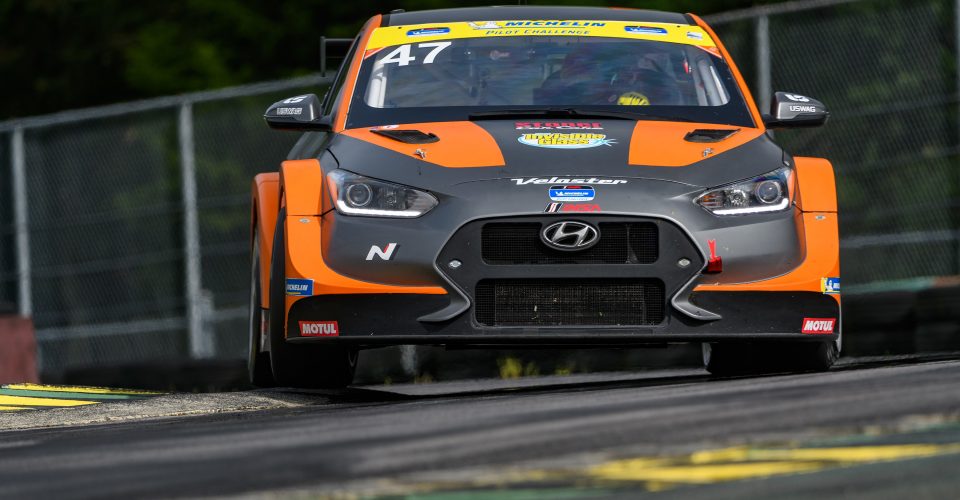 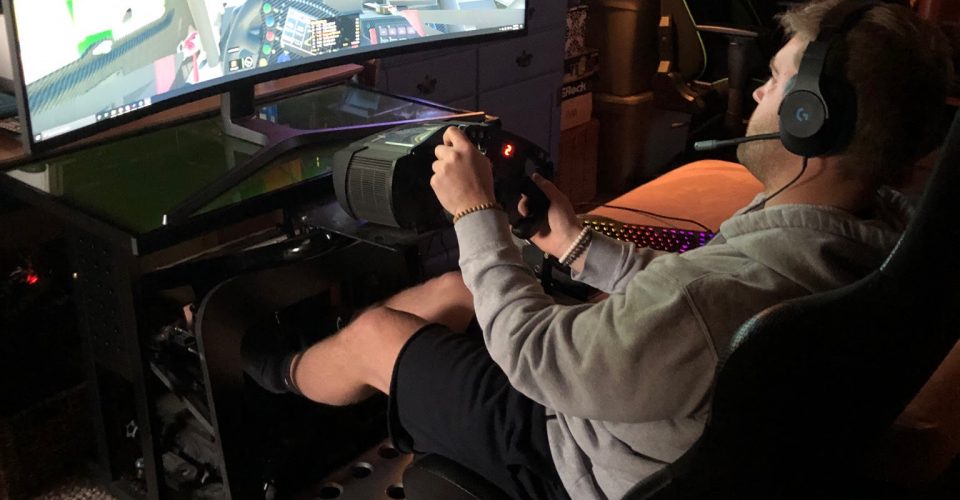