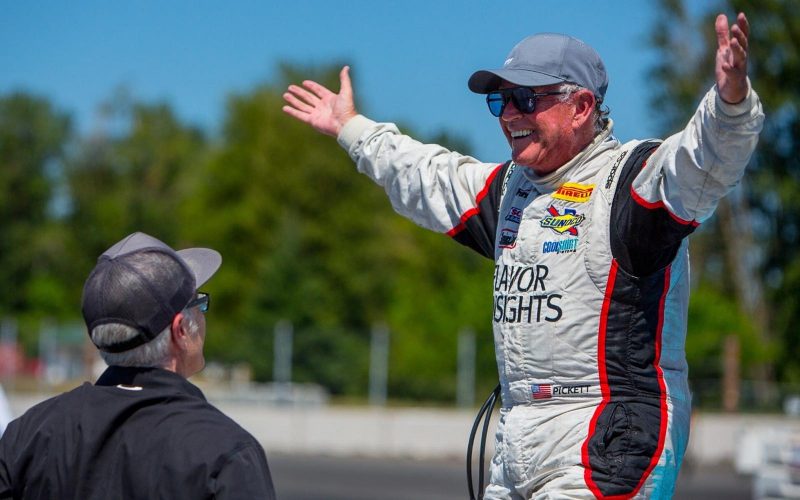 What Pickett didn’t predict was the race-long challenge from Michelle Nagai whose No. 72 Berkeley Jet Drive Inc. Chevrolet Corvette out-jumped second qualifier Simon Gregg’s similar machine at the start and stuck to the rear wing of Pickett’s white Mustang through the first six laps before ever-so-slowly slipping back.

Through two yellow-flag action periods, Nagai kept Pickett honest, and she finished a strong second, just 15 seconds back after a virtuoso performance in only her fourth Trans Am start.

“I did qualifying laps every lap trying to stay with him,” said an excited Nagai. “I learned so much from him, found such a smooth rhythm. And zero problems with the dang car for once. I looked at the back of him for longer than I ever expected. Second is second, but it’s not the first loser today.”

Pickett, celebrating his 22nd career Trans Am victory, was quick to offer praise: “Michelle, would you be a little easier on an old guy? No, she will not!

“Oh, I love coming to PIR — this is three wins in a row up here,” Pickett continued. “You fans are most gracious, the weather’s always beautiful — we appreciate the people of PIR. And of course, thanks to my wife Penny who’s allowed me to do this all these years. I’m deeply appreciative; those memories are precious to me. Thanks everybody — thanks to my competitors; and congratulations to that great TA2 race I came upon from time to time.

Third place, though, was enough to clinch the 2019 Trans Am West Championship – the Floridian’s second career TA title (Gregg was the 2012 National champion). Race-winner Pickett was among the first to offer congratulations when his title was officially unofficially announced: “Congratulations, Simon. I wish I could have given you more competition,” Pickett exclaimed.

Blue skies, a gentle wind and cooler temperatures were the unlikely backdrop for a heated, intense TA2-class battle that stretched through all 53 laps.

Butson closed right in on McAllister on the restart, but Honeywell dropped back, his Camaro’s handling suddenly off with what was later discovered to be a broken A-arm.

McAllister’s hard pace took him right to the tail end of the TA field, but he pulled a hugely impressive Butson along with him, the white Camaro finishing just two seconds behind the black Mustang.

“Winning on my home track is long overdue,” said a happy McAllister on the podium. “The last two years I’ve had mechanical issues. This year, I got stuck in traffic in the closing laps, and I had Matthew in my mirrors. Luckily the yellows worked out, the tires were great, brakes hung in there, but Matt was right there behind me the whole time …

Honeywell finished a distant third, fortunate to make it to the end with damaged suspension, while Tim Lynn (No. 46 Roof Options Racing Chevrolet Camaro) was fourth and Mitch Marvosh (No. 29 Wolf Entertainment Chevrolet Camaro) fifth after almost a race-long duel.

With his win, pole and laps in the lead, McAllister moves to second in the TA2 standings by two points behind Honeywell, 134 to 132, with just one race remaining to sort out this year’s title.

Beau Borders (No. 7 APEX Race Parts/CorteX Racing Ford Mustang) was the lone survivor in the GT class, Roger Eagleton (No. 98 Five Star Property Management/Energy Real Estate Ford Mustang) retiring with a failed alternator on lap 42. Before that, the pair had swapped the class lead back and forth five times at start-finish, perhaps more often on the back part of the course – a thoroughly entertaining scrap that sadly didn’t carry to the flag.

The Trans Am Presented by Pirelli West Championship series finale will be Oct. 4-6 at Circuit of The Americas in Texas, a race run in conjunction with the National series. For team and series news, log on to www.gotransam.com. 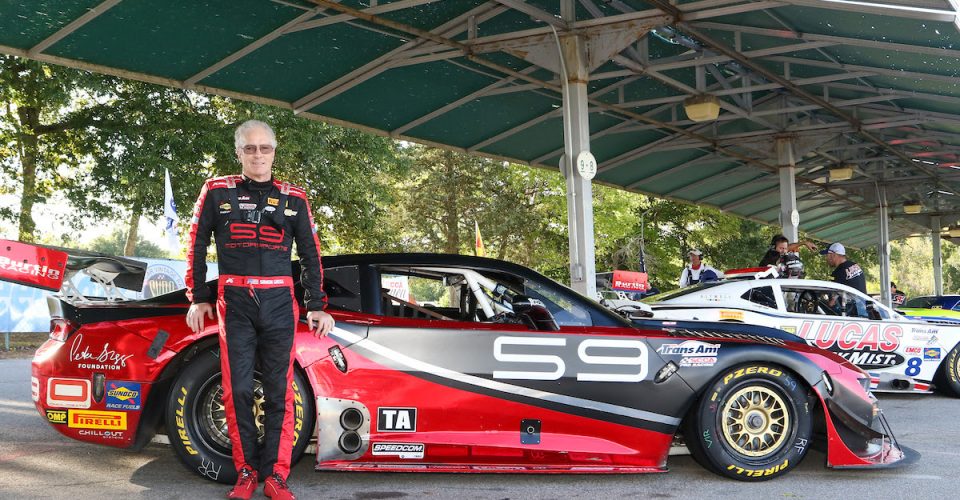 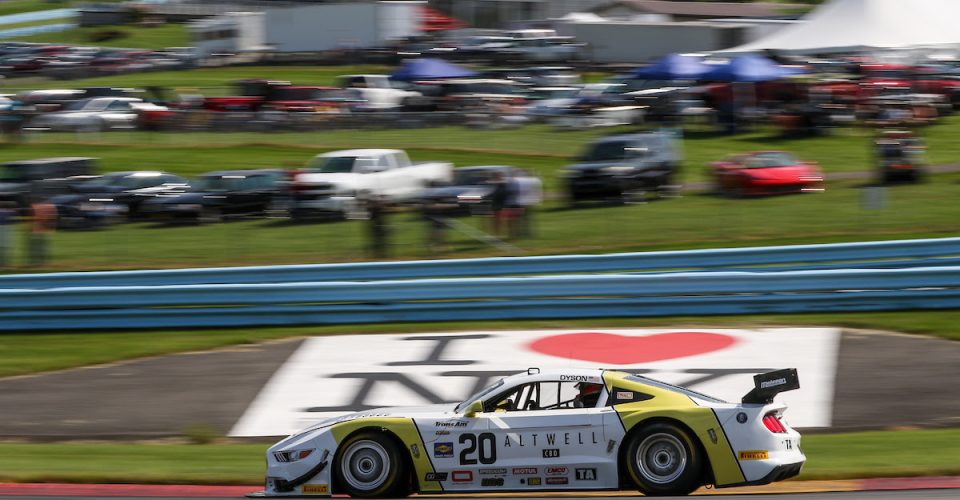 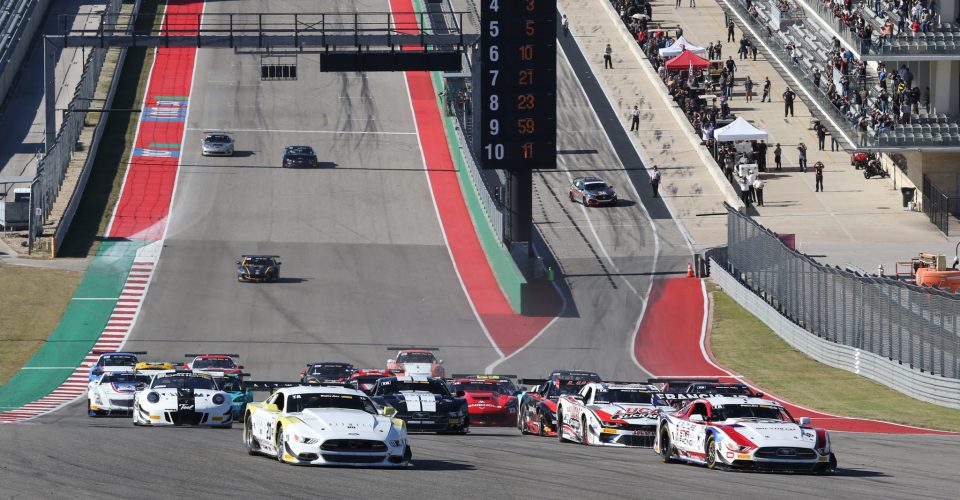