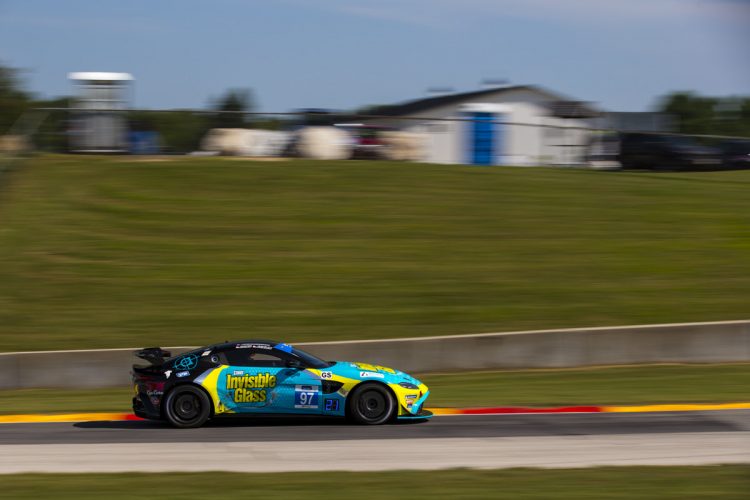 Last time out, the duo of Rob Ecklin Jr. and Akhil Rabrindra raced to the front of the pack at Road America before some unlucky timing with the weather saw their advantage eliminated.

This weekend at VIR, Rabindra will have a new co-driver in the No. 09 Stoner Car Care Racing Aston Martin as Ross Gunn, who was recently announced as part of the Aston Martin Racing lineup for the World Endurance Championship, has joined the driver lineup for the VIR event weekend.

The sister No. 97 Invisible Glass Aston Martin Vantage GT4 will be shared by Ramin Abdolvahabi and Tom Long.

“Automatic Racing had a very encouraging race with the Vantage GT4 at Road America with Akhil (Rabindra) getting the car into the lead before the rain,” said John Gaw, Aston Martin Racing Managing Director.  “Hopefully the team can continue to build on that progress again this weekend. We are delighted that Ross (Gunn) was available to make his IMSA debut  and I suspect that he will be very pleased to race the Vantage on a track like VIR.”

Gunn has raced the Aston Martin Vantage GT4 just once, a fortnight ago in an event in China.  But he has copious amount of track time in the machine, which is all new Stateside for 2019. 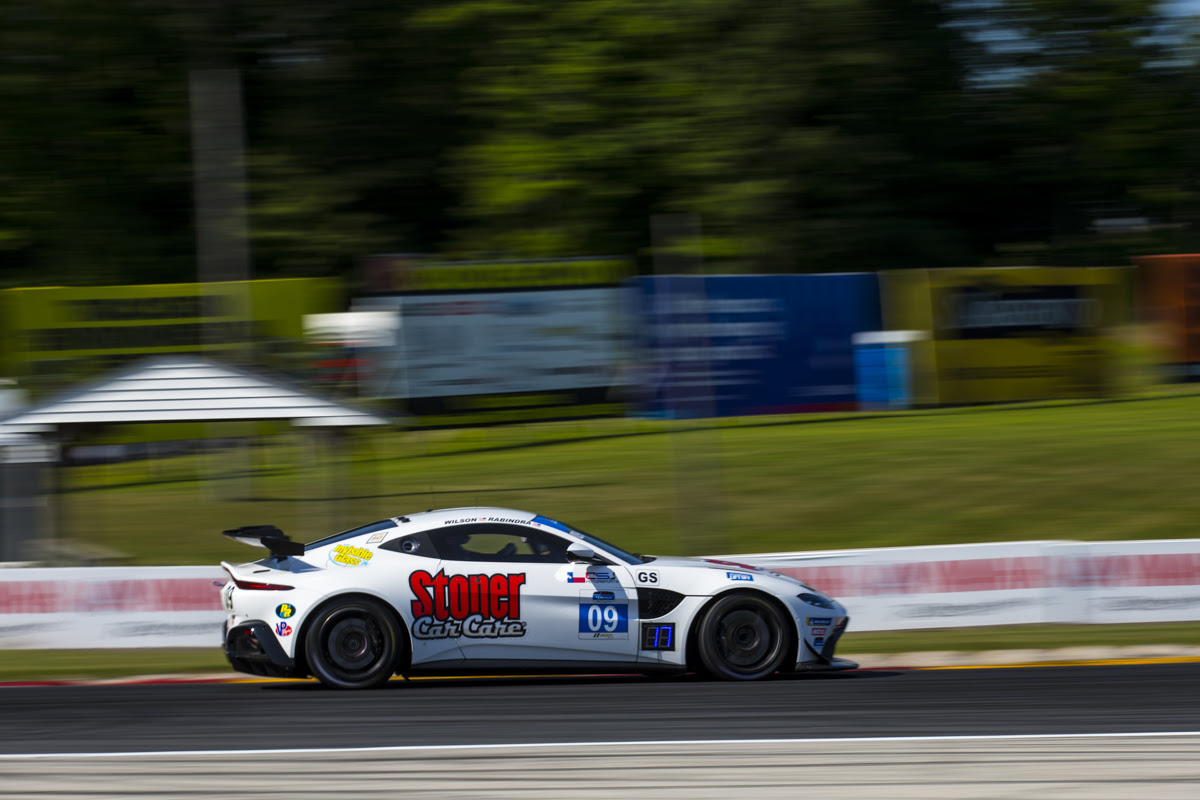 “I was the first driver to shake this car down and put miles on it, which was quite a privilege to be a part of the first steps with this car,” said Gunn. “Since then I’ve done a lot of the testing and the long distance longevity testing and more recently I’ve been a part of customer shake downs and test days. So I have a fair bit of experience in the car and hopefully can put that to good use for the team to get a good result.”

The VIR circuit is one that provides a daunting challenge for the racers, something Gunn is relishing ahead of his first laps on the over 3-mile circuit.

“I’ve gone around here on the golf buggy to have a look, and have watched loads of video and prepared on the simulator to be as ready as I possibly can,” said Gunn. “It seems like a track that doesn’t leave a lot of room for error. I really like that kind of challenge when a track  isn’t too forgiving, it changes your mindset a bit. There are sections where the car is going back and forth at good speed, going up and down hills, so there is a lot going on and I’m rather looking forward to getting out there.”

Having raced in a 24 hour event at Circuit of the Americas, Gunn is making his IMSA debut and is eager to continue  working with young Rabindra.

“I’ve known him for quite some time and he’s a real up and coming racer,” said Gunn. “Between testing and coaching, we’ve done a lot together and I’m happy to have him as a co-driver. My job is to help him continue to make progress and grow in his confidence. He’s got a tremendous amount of ability and potential. I think we are a competitive lineup, but I do know that this Michelin Challenge field is full of very good drivers but we will just give it our best shot.”

The No. 97 Invisible Glass Aston Martin lineup of Abdolvahabi and Long is one that has experience and pace in spades.

“VIR was where I did my first-ever track event back when it reopened, and I also went to my first racing school there and got my first win in endurance racing there as well, so I have some really good memories at VIR!” said Long. “The Aston Martin has a lot of potential and we are going to focus on continuing to build on what the team has learned so far this year. I’m happy to be racing with Ramin and just looking forward to a great weekend.”

The Virginia Is For Racing Lovers Grand Prix weekend will opened with a promoter test day on Thursday, with the grid for Saturday’s race being set on Friday evening. 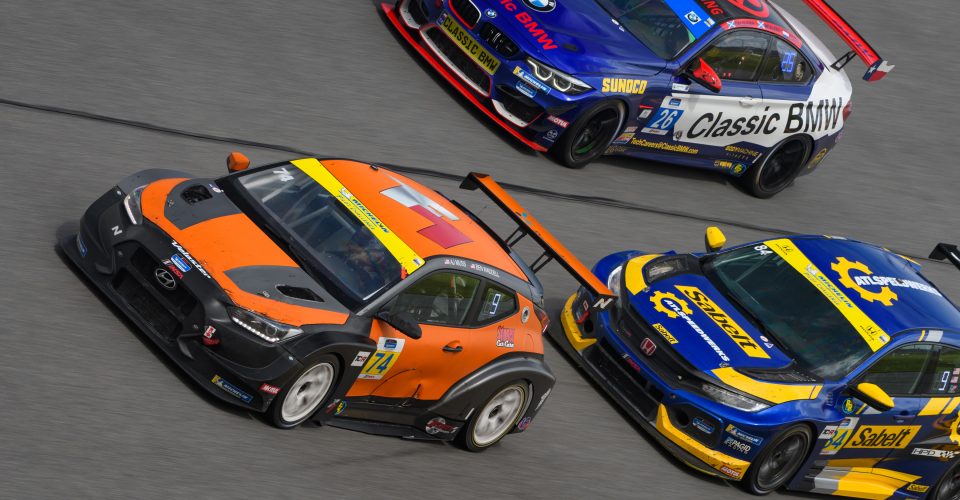 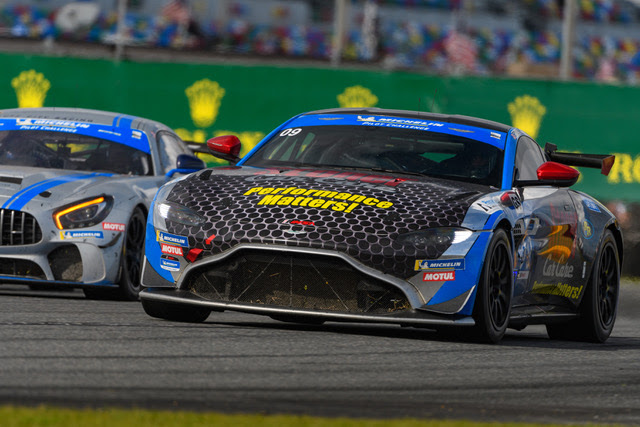 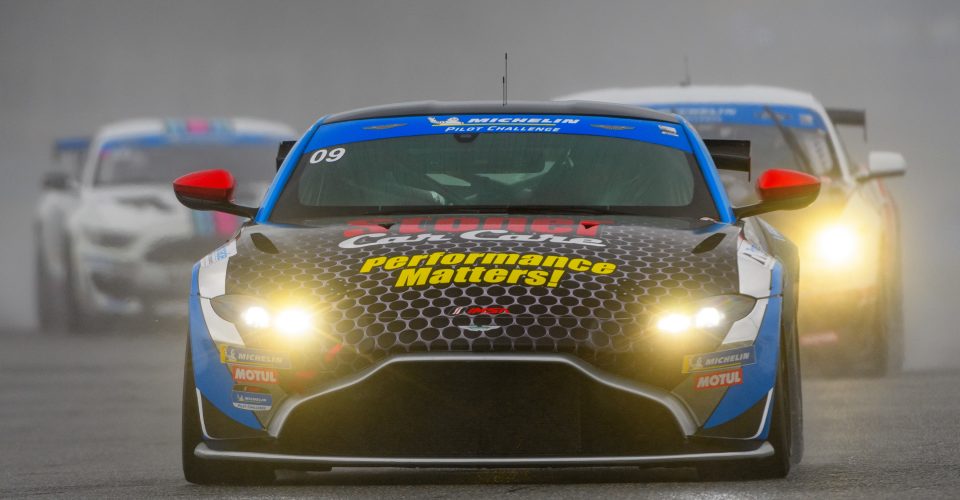