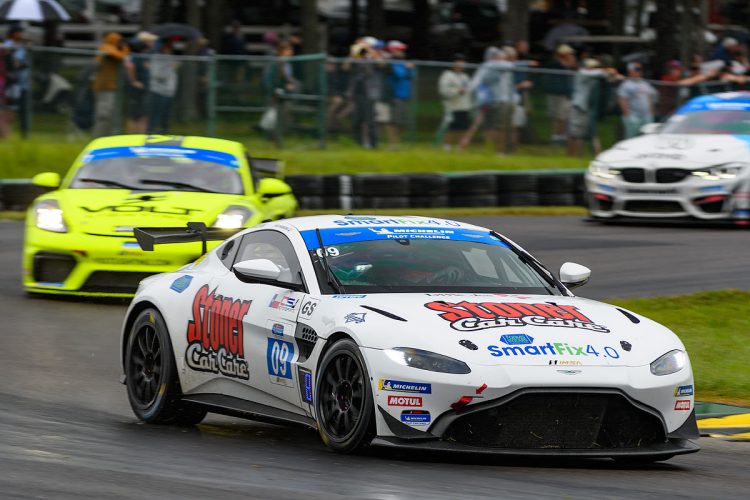 Danville, Va. (24 August 2019) – In a race that saw tricky conditions and multiple caution periods, young drivers Akhil Rabindra and Ross Gunn raced to a sixth-place finish at Virginia International Raceway (VIR) for Stoner Car Care on Saturday in the Automatic Racing-prepared No. 09 Stoner Car Care Aston Martin GT4. The results marks the team’s best finish of the year as the squad continues to learn more each time out with the all-new Aston Martin Vantage GT4 platform.

The lack of a final practice and qualifying session on Friday was unfortunate for the Automatic Racing-prepared Stoner Car Care machine after a fuel cell issue was discovered following the first practice. Unfortunately the No. 09 Aston Martin was forced to miss the second practice session of the day as well. 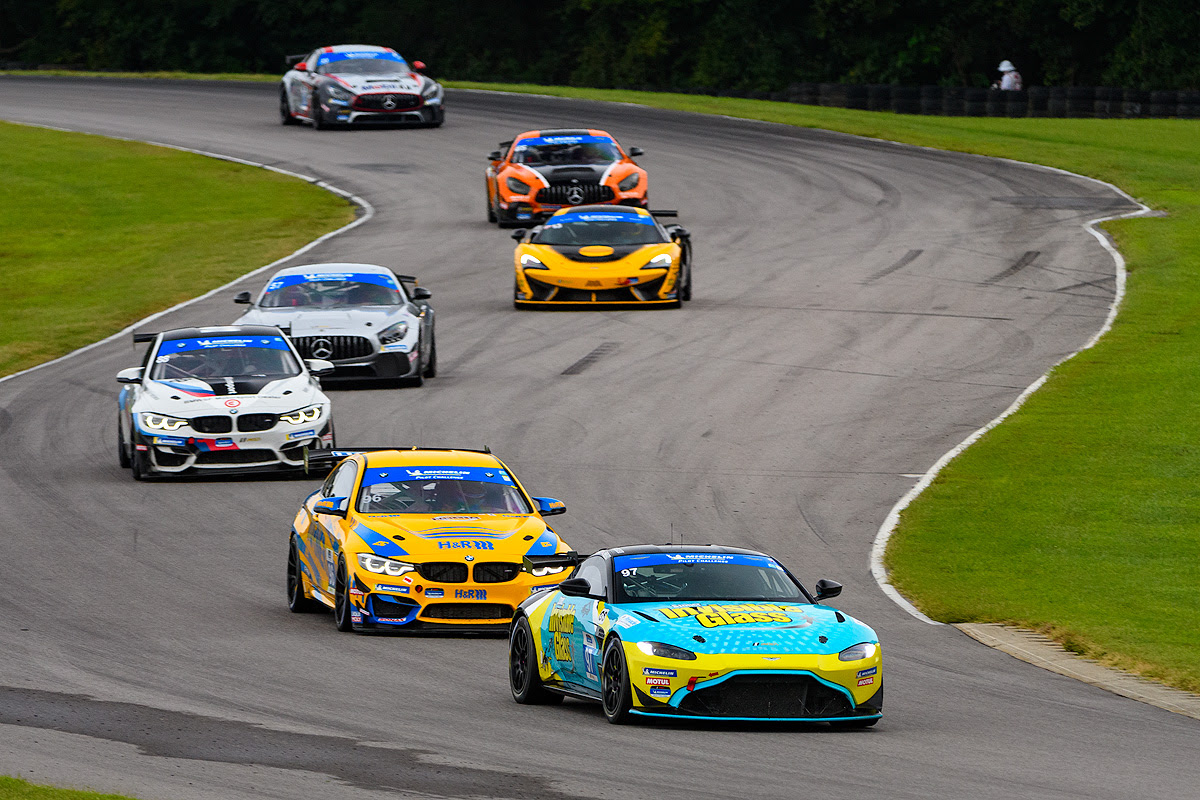 Following the rain storm, the field circulated under a lengthy full course caution period to collect the cars that had been caught up in the melee. 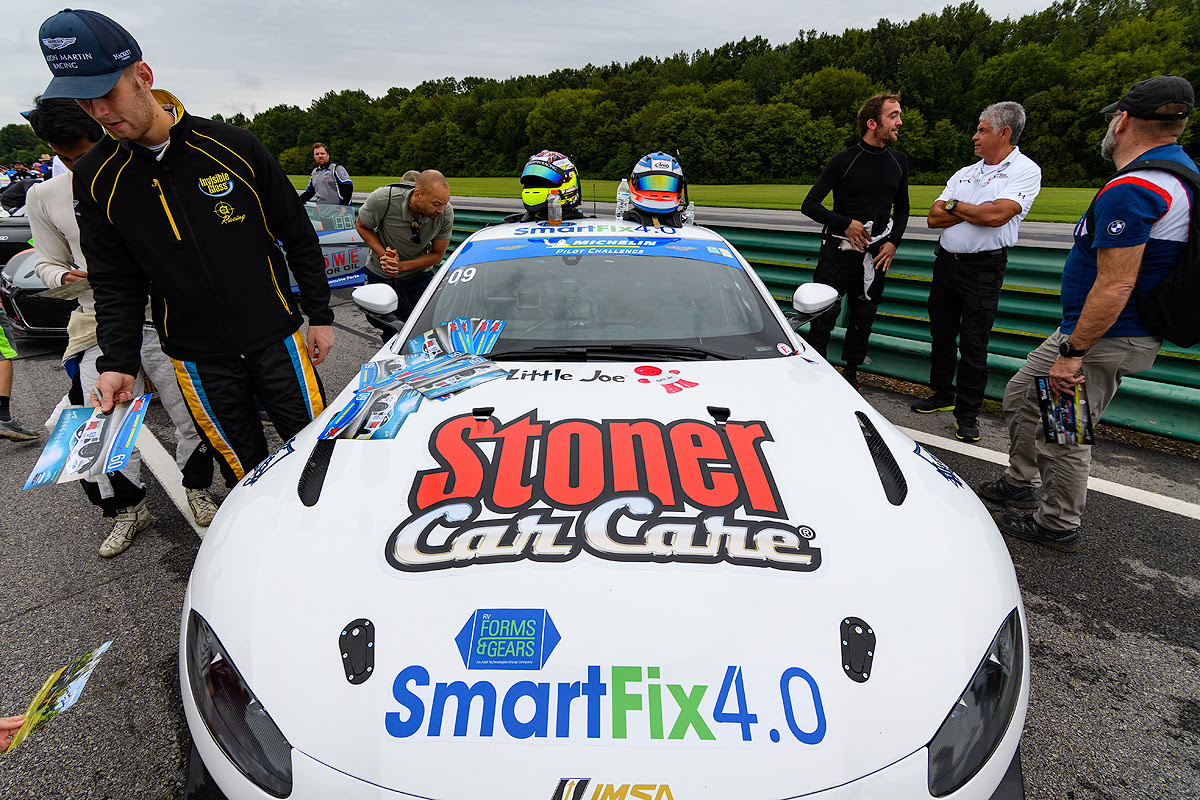 Rabinda wasted absolutely no time in moving forward and in a matter of laps had made up 13 positions to run seventh for the majority of his stint. The No. 97 incurred a penalty during the pit exchange and was called to pit lane for a drive-through penalty.

“It’s a completely new track for me and it’s one of those tracks that you probably need a lot of running to come to grips with it, but it’s an awesome track,” said Rabinda. “It’s very fast and challenging. It was a very interesting race. We started P21 and finished sixth. I do think a podium was in reach so I’m not completely happy with sixth but hopefully we’ll get that podium soon. When it started raining I just told myself to keep it on the track, don’t be a hero or do anything too risky. I had great fun coming up through the field, so I can be proud of that.” 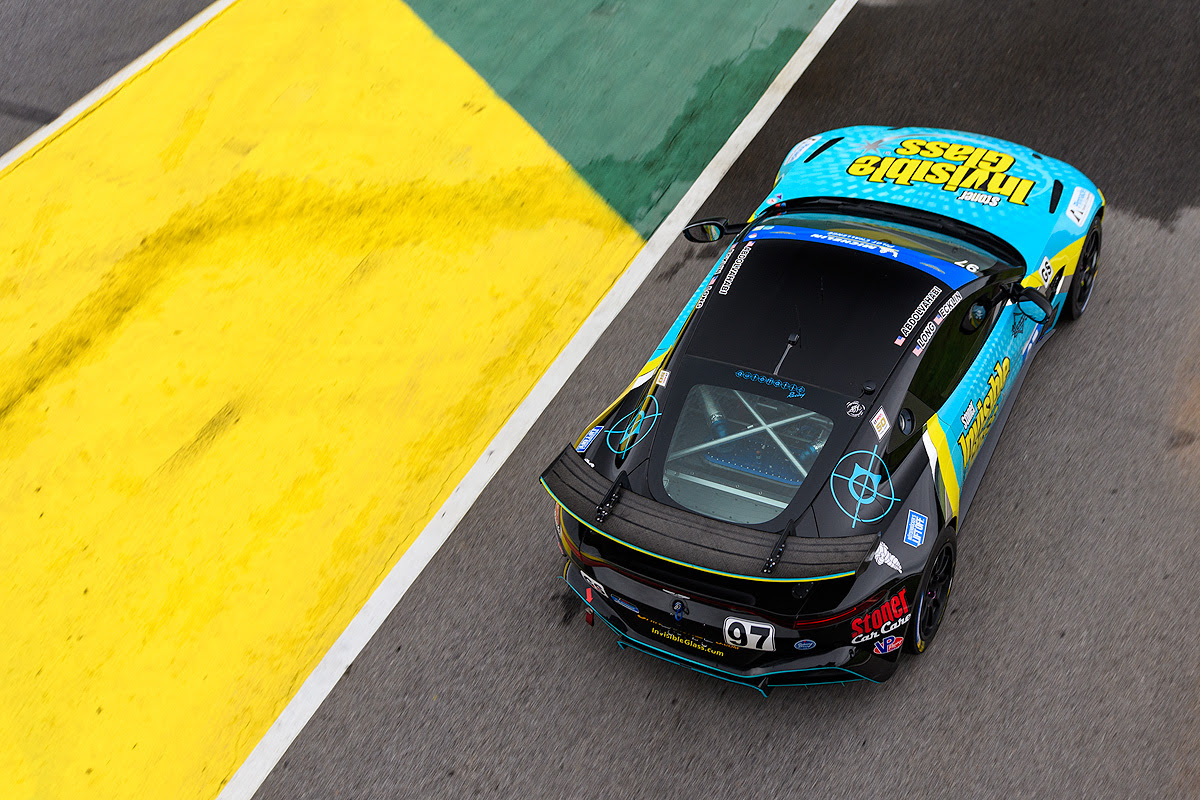 “It was slightly difficult since I only managed to get a handful of laps in yesterday but I felt very good in the car,” said Gunn. “I’ve had a lot of experience in this car so that really helps in terms of the learning process with the circuit. I felt comfortable from the word go and it went pretty well. Our pace was tremendous. It was very tricky. I wasn’t expecting the race to restart (on the final lap) honestly. But it was a crazy lap. People were spinning left, right and center and we picked up a few more positions which was good.”

“We had great pace all weekend long and we really had a great car,” said Long. “Unfortunately with the weather and the way the yellows fell, the strategy just didn’t work out for us today. We were encouraged by the pace of the Aston Martin this weekend, unfortunately the racing luck just wasn’t on our side today.”

NBCSN will broadcast a two-hour race recap of the Virginia is for Racing Lovers Grand Prix on Friday, August 30 at 10:00 PM ET. Next up for the Stoner Car Care Racing team will be the two-hour IMSA Michelin Pilot Challenge race at Laguna Seca located in Monterey, California which will air LIVE on IMSA.tvSeptember 14 at 5:55 PM ET. 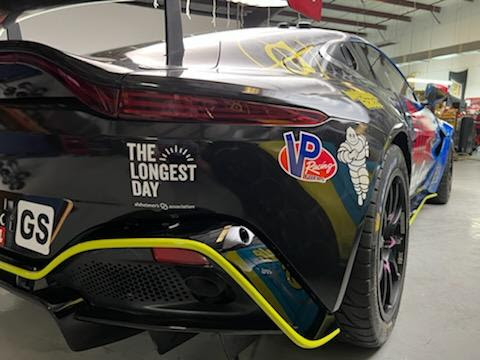 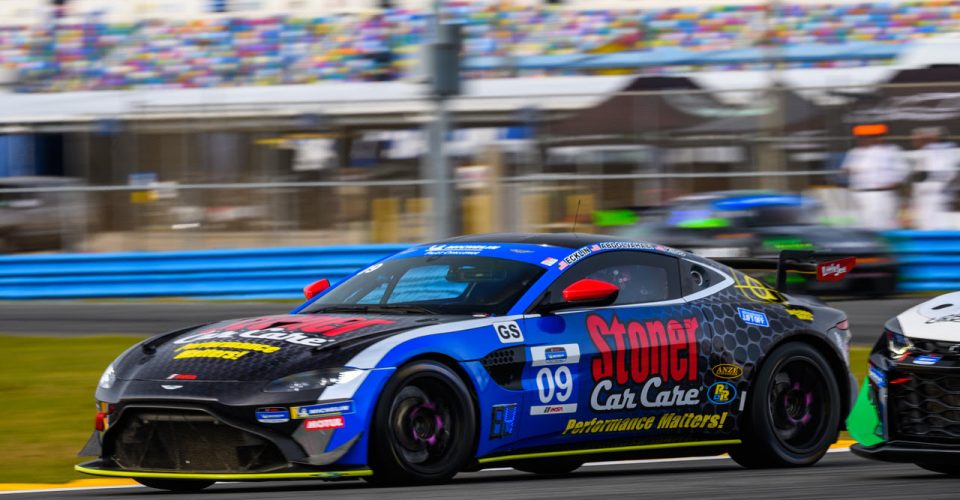 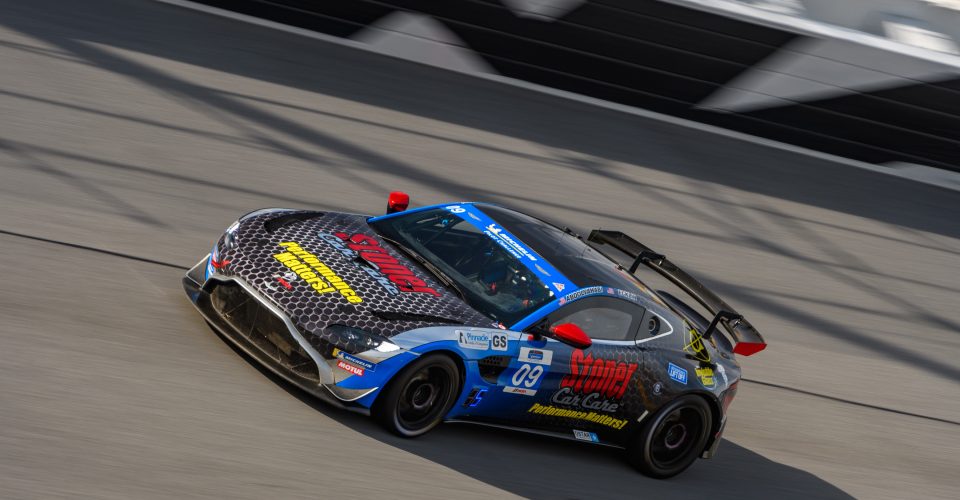