ONE WIN AND SIX PODIUMS THIS PAST WEEKEND FOR COPELAND MOTORSPORTS

ONE WIN AND SIX PODIUMS THIS PAST WEEKEND FOR COPELAND MOTORSPORTS

Point leaders in two different series while rookies continue to shine
September 3, 2019 – It was another outstanding weekend for Copeland Motorsports as the Maryland based program competed with a split squad on both coasts of the United States. Scoring podiums in both Oregon and New York over the weekend, Copeland Motorsports lone win came at the hands of Bryan Ortiz in the Battery Tender Global MX-5 Cup event at the Portland International Raceway.

“We pulled it all together this weekend. Logistically, it was a challenge to make sure we were 100% covered but in the end, we made it work,” explained Dean Copeland. “Bryan Ortiz was able to extend his point lead in the MX-5 Cup program while Michael Carter all but secured Rookie of the Year honors. Tyler Maxson added a pair of podiums and took control of both the TCA Rookie of the Year and Overall Championship point lead.”

Claiming Saturday’s victory, Ortiz returned to the Portland International Raceway on Sunday and added a second place podium result. Michael Carter extended his Rookie of the Year point lead with two podium results finishing second and third while Racer Kashima gained more experience with each passing lap. Mark Siegel endured an engine issue early on and was forced to the sidelines before his weekend even began.

On the eastern half of the country, it was Tyler Maxson that led the way for Copeland Motorsports adding two second place finishes. Battling hard in the TCA class, Maxson repeated his Saturday performance on Sunday to claim another podium result, his sixth in the last six races.

Copeland continued, “Tyler drove incredibly well and really improved from Friday’s test sessions to Saturday’s racing. We were off a little and constantly worked to get better and had a pair of solid finishes. Mason endured some bad luck but as it is in motorsports, we need to take the good with the bad and vice versa.”
Mason Filippi, in his Hyundai Veloster N TCR, finished fourth in Saturday’s race before issues on Sunday relegated him to 22nd.

Point leaders in two different series, Bryan Ortiz leads the Battery Tender Global MX-5 Cup championship by 11 markers while Michael Carter is the Rookie of the year point leader by 33. Tyler Maxson leads both the TCA Rookie of the Year and Overall Series Championship point standings as the season continues to push near the end. 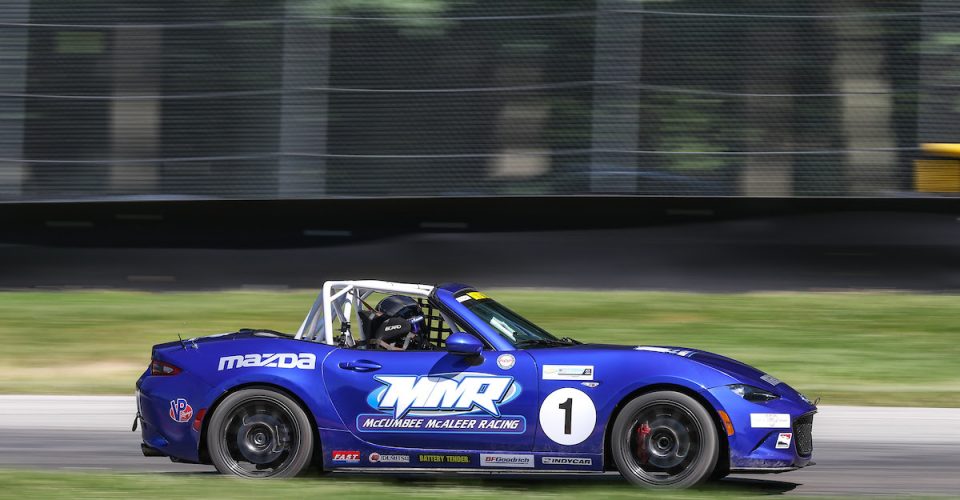 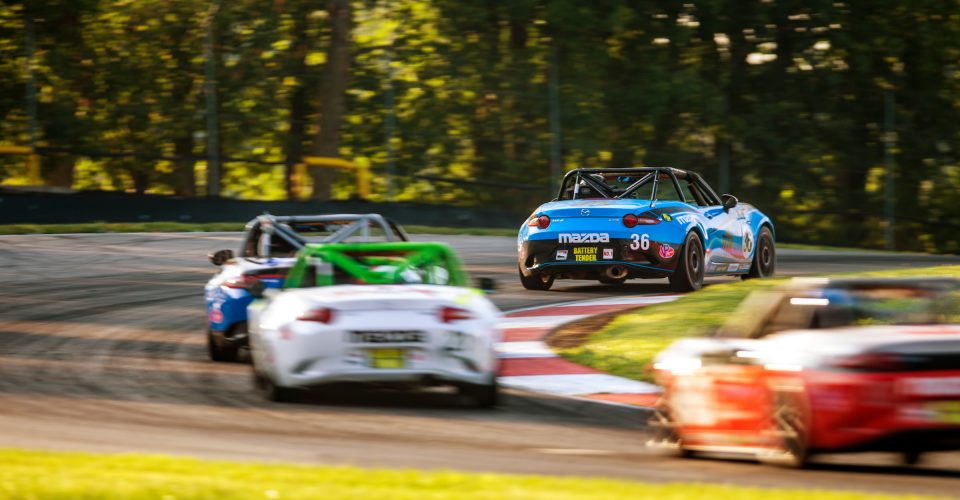 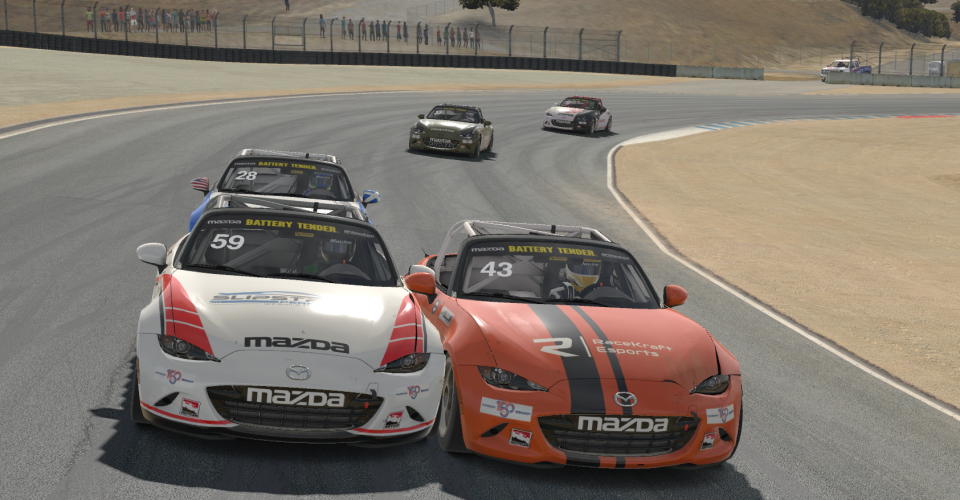