The schedule will see the series return to the same six venues it visited in the 2019 season, but also reintroduces Spring Training. Held at Barber Motorsports Park on March 2, Spring Training is an opportunity for MX-5 Cup drivers and teams to not only test but experience the series procedures before the first race of the season.

The series will begin its season at Barber Motorsports Park in Birmingham, Alabama on April 3-4 before moving to Circuit of The Americas in Austin, Texas on April 24-26.

The third round of the season, the Alana Long 100 at Road America in Elkhart Lake, Wisconsin will be June 18-20. John Doonan, Director, Mazda Motorsports announced at the series’ season-ending banquet that all future rounds of the Global MX-5 Cup at Road America will be named in honor of Alana Long.

The series will return to Mid-Ohio Sports Car Course in Lexington, Ohio on August 14-16, before heading west to Portland International Raceway in Portland, Oregon on September 4-6. The season will then finish September 18-19 at WeatherTech Raceway Laguna Seca in Monterey, California.

“We are proud to continue with a consistent schedule that travels to some of the best circuits for our Battery Tender® Global Mazda MX-5 Cup Presented by BFGoodrich Tires® racers “A real highlight will be that the series will continue to honor Alana Long in perpetuity at Road America. We are not only proud of the level of competition in the series, but also the sense of camraderie and family that exists in the paddock. We only just finished the season at WeatherTech Raceway Laguna Seca but we are already anxious to kick the season off at Barber Motorsports Park.”

Mazda North American Operations is headquartered in Irvine, California, and oversees the sales, marketing, parts and customer service support of Mazda vehicles in the United States and Mexico through nearly 700 dealers. Operations in Mexico are managed by Mazda Motor de Mexico in Mexico City. For more information on Mazda vehicles, including photography and B-roll, please visit the online Mazda media center at InsideMazda.MazdaUSA.com/Newsroom.

Mazda Motorsports boasts the most comprehensive auto racing development ladder system of any auto manufacturer in the world. The Mazda Road to 24 (#MRT24) program offers a number of scholarships to advance drivers up the sports car racing ladder, beginning with the Global MX-5 Cup series and culminating with Mazda Team Joest. In grassroots road racing, more Mazdas race on any given weekend in North America than any other manufacturer. Follow all of the latest news at MazdaMotorsports.com, @MazdaRacing on Twitter, and Mazda Motorsports on Instagram and Facebook. 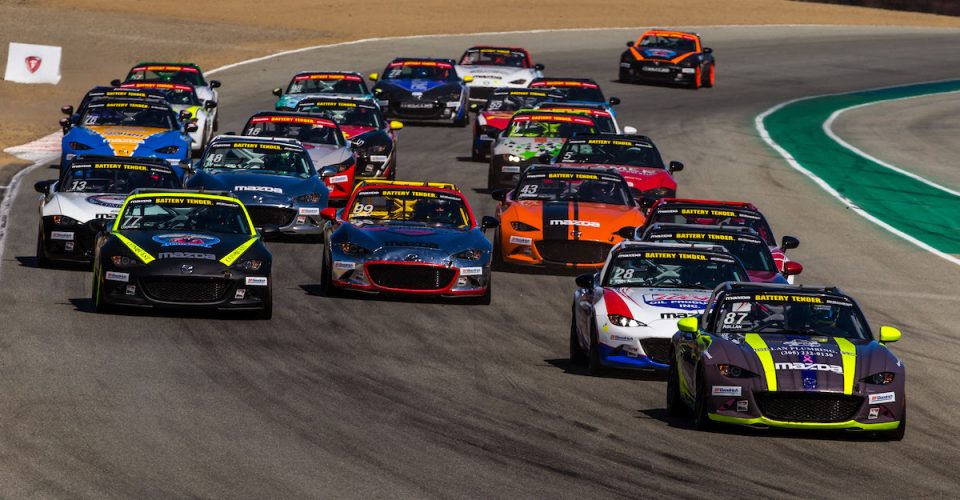