Trans Am Delivers Drama at Daytona in Qualifying

Trans Am Delivers Drama at Daytona in Qualifying 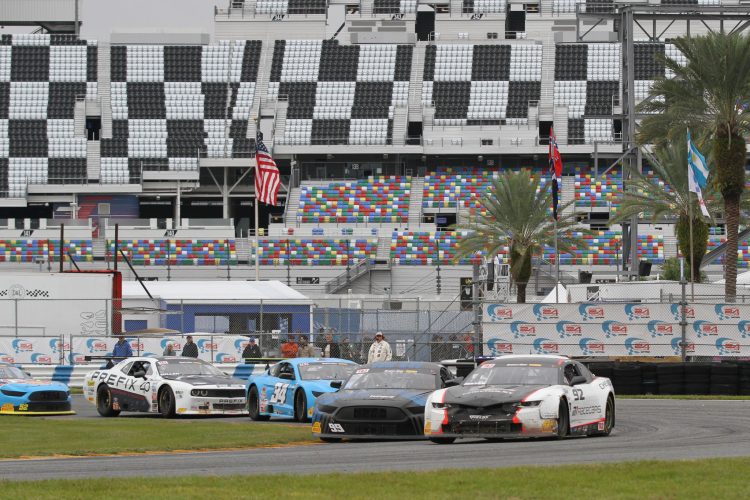 In the most anticipated qualifying of the weekend with a championship yet to be decided, the two Ford Mustangs of Ernie Francis Jr. (No. 98 Frameless Shower Doors Ford Mustang) and Chris Dyson (No. 20 Plaid Ford Mustang)  battled for 15-minutes for the final pole position of the year.

Francis Jr. lead the time charts for the entire session, but lap after lap, Dyson continued to chip away at the 1:42.982-second benchmark Francis Jr. set on Lap 3.

Dyson pulled into the pits with less than five minutes remaining on the clock. His CD Racing team went to work, making some quick adjustments in effort to squeeze out the two tenths of a seconds needed to overthrow Francis Jr. from his throne.

“I came in so they could do a pressure bleed down,” Dyson explained. “When we first went out the track was still damp in some areas, so we were a little bit safe on the tire pressures, and over-pressured a little bit.”

With a clear track and the championship on the line, Dyson went flat out for two laps. As the last TA car to cross the stripe, Dyson delivered on the drama, laying down a flyer about four tenths of a second faster than Francis Jr. (1:42.551-seconds) to claim the last pole position of the 2019 season. The last lap effort earned Dyson an extra point, keeping his championship hunt alive for Saturday’s finale.

“I knew where I could tidy up things myself from a driving standpoint,” said Dyson. “We were really careful on the out lap, and I crossed the stripe with seven seconds left. We didn’t catch any traffic, either, so I got two clear laps which is a Godsend here during qualifying. On my last lap, I figured it would be close. I felt we might have it, and I pulled it out of the bag at the end.

“To be honest, I just want to close out strong,” Dyson continued. “We’ve been quick all year, and various car problems – not pace – kept us from leading the championship. I want to leave this season on a real strong note and head into next year with new energy.”

Still leading the TA championship by 20 points, Francis Jr. needs to finish 14th or better on Saturday to claim the sixth Trans Am championship of his career.

“I think qualifying went pretty well for us, knowing how much more straight-line speed some of the other guys have over us,” said Francis Jr. “We had an awesome lap, and I think it all but locked up the championship for us. I’ve just got to start the race tomorrow and take it home. I’m looking forward to the celebration afterwards.”

The TA2® powered by AEM qualifying was just as thrilling as TA. Five different drivers held the top spot, and when the dust settled, the top-five times were separated by nine tenths of a second.

In just his second Trans Am event of the season, NASCAR K&N Champion Sam Mayer pulled the rug out from other TA2® champion-elect Marc Miller in the final moments of the session.

“I just missed it my first couple of laps,” said Mayer. “Then on my last lap, I finally hit it all right. I slowed up a little bit more coming into the Bus Stop than I have been all weekend. I tried to get a better drive up off the Bus Stop, and it seemed to work. I’m really excited for Scott Lagasse Racing and M1 Racecars. We’re starting on the pole, and hopefully we can lead every lap and win the race.”

Miller watched from the pits as his name went from first to second, as the 16-year-old topped the times with a fast lap of 1:49.775-seconds, just 17 one-hundredths of a second faster than Miller, on the final lap. Mayer is one of the youngest competitors to start on the pole in recent TA2® history.

“This is the first time all year I can say we were not the quickest car at the end of the straightaway,” Miller said. “It felt like a rolling brick. We have a car that is really good in the infield. The TA Choice engines have been really strong off the corner, but when you trim out a car for a superspeedway, it changes things. I’ve got to give credit to guys like Mike Cope and the M1 guys for doing a great job. But as far as outright handling and braking, our Howe car from SMR is incredible.

“Sam (Mayer) had the right strategy. He waited an extra lap at the end, and got a completely clean track,” continued Miller. “I got a real good tow on my lap, so that shows how fast that kid is going right now. I’m happy to start on the front row, but we know the race is going to be a lot harder than this. I’m still not thinking about coming in as champion. We want to win this race really bad. I’ve never won at Daytona, and finished second more than enough times; been on the podium a few times and led the Rolex 24 hour. Winning at Daytona would be real special.”

In SuperGT class, the Viper and the Porsches of Mark Boden (No. 46 Beverage Flavors International Porsche 991 GT3 Cup), Lee Saunders (No. 84 V10PWR Racing Dodge Viper) and Tim Kezman (No. 44 Lemons of Love Porsche 991 GT3 Cup) traded fast times for most of the 15-minute qualifying. As the time expired, Boden, who won on the Trioval in 2018, claimed pole with a fast lap of 1:53.207-seconds.

“The track was nice and dry – at least where we needed it to be dry – and the No. 46 Fall-Line Porsche was hooked up and awesome,” said Boden. “I got a monster run out of the Bus Stop and knew it was going to be a good lap. I was hoping it was enough to get pole. Last year I needed to win here to get the championship, and I got taken out on the last lap. It would be great to actually end the season by getting a win, winning the championship and end up the season on the top step.”

Series newcomer Mark Ramsey (No. 92 Big Data in Action / Mercedes AMG GT4) proved he was a force to be reckoned with in the GT class, taking pole over GT champion elect Steven Davision (No. 22 Davinci Plastic Surgery / Aston Martin Vantage) by two tenths of a second with a flyer of 1:57.281-seconds.

“We had some car issues in the practices, and had some splitter things that had to be taken care of,” explained Ramsey. “We got that all sorted out, and the track was green and dry, and it was great. It was nice to be out there, and of course, it’s always fun to enjoy Daytona. I’ve raced this car for two years, and I raced this car here at the four-hour race last year with IMSA. This is my first Trans Am race, and I’m excited to be here. It’s a good group of guys and gals. It’s a great series. Everybody’s friendly, and the officials are really focused on getting everything checked out and safe.”

The season concludes on Saturday with the TA/SGT/GT 100-mile feature starting at 10:15 a.m. followed by the TA2® powered by AEM race at 11:25 a.m. Eastern. For live timing and scoring visit www.gotransam.com/livetiming or on the Race Monitor App.

Fans can keep up with the Trans Am Series presented by Pirelli throughout the event at www.gotransam.com, on Facebook at www.facebook.com/gotransam and on Twitter at @gotransam. 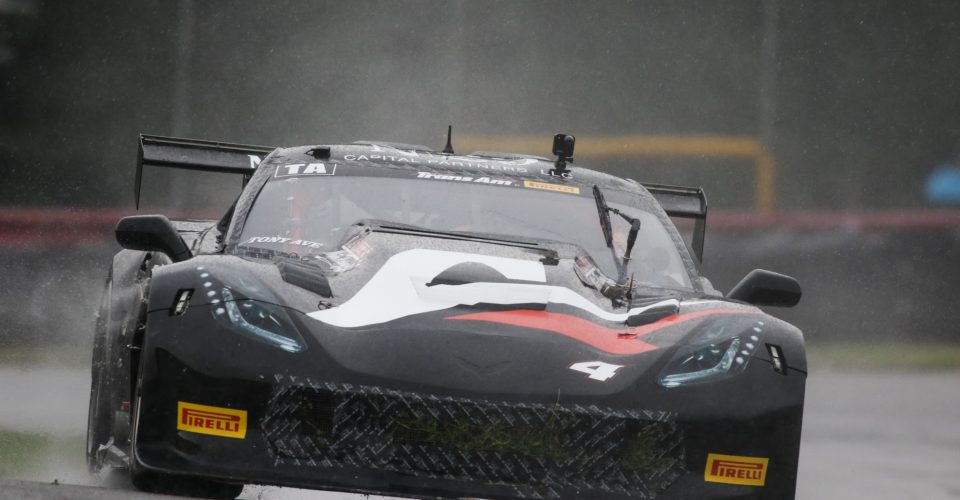 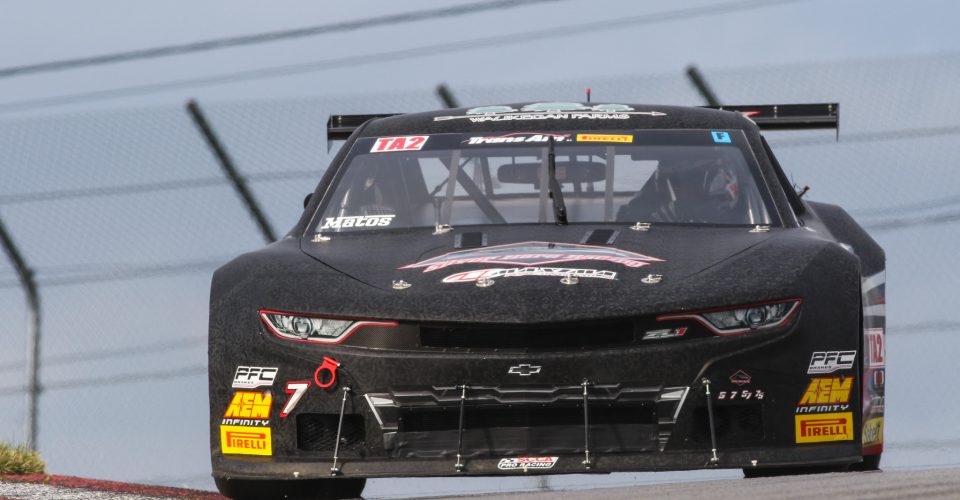 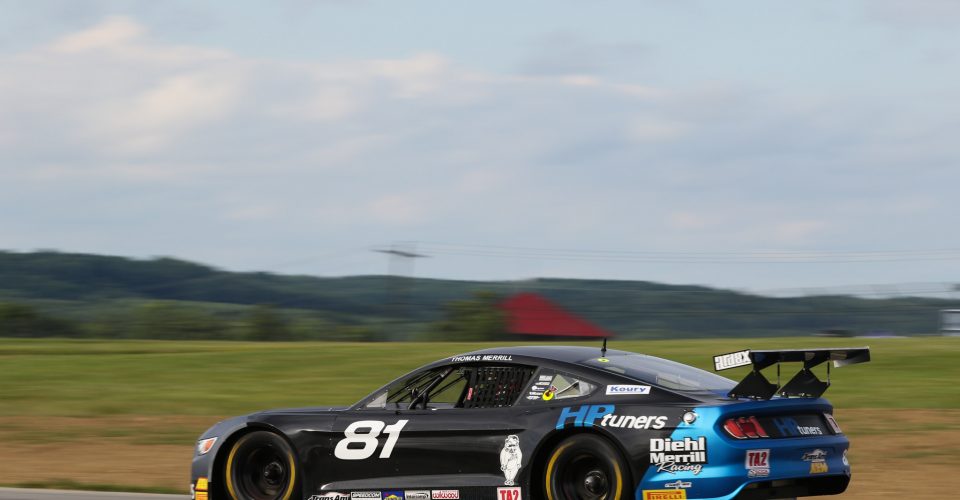