Building Professional Connections as a Rookie

Self-Motivation in a Distracted World 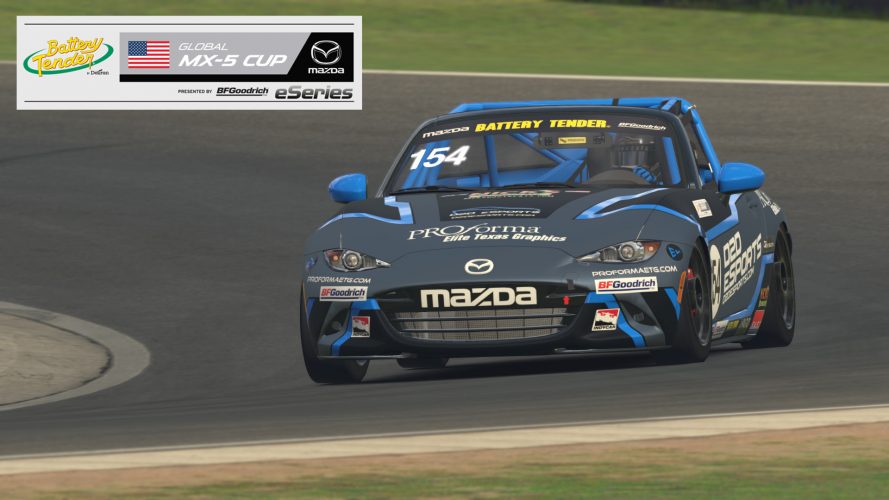 IRVINE, Calif. (April 22, 2020) – The Battery Tender® Global Mazda MX-5 Cup presented by BFGoodrich Tires® has partnered with Ricmotech for a five round iRacing series. A healthy $8,000 in race purse and championship prize money will be up for grabs.

The Ricmotech iRacing Global Mazda MX-5 Cup begins May 5 and will continue with races staged each Tuesday evening through June 2. All registered drivers will have access to a practice session on Sundays preceding the race. On race day, a practice session will be followed by qualifying at 8:00pm ET and race beginning at 8:15pm. Races are to be 40 minutes with no pit stops or competition yellows.

Qualifying and races will air live on the Mazda Motorsports Facebook page as well as the ApexTv and iRacing YouTube channels. Commentary will be provided by regular series announcer Tony LaPorta.

It’s well known that on any given weekend, more Mazdas are raced across America than any other brand. That popularity carries over to iRacing, where the Mazda MX-5 Cup is the most raced car on the platform. In last year’s iRacing MX-5 Cup rookie series alone, there were more than 32,000 different racers.

The series has a long history of blending virtual and real competition. A partnership that started in 2014 between iRacing and Mazda offered the iRacing Mazda MX-5 Cup Champion a spot in the MX-5 Cup shootout, part of Mazda’s Road to 24 ladder program.  In 2015, Glenn McGee was the first iRacing Champion to win the shootout and a full ride for the 2016 season.

Invitations to register are being extended to MX-5 Cup drivers from recent seasons. Each race has a $55 entry fee, with the series capping entries based on event capacity.

Another aspect of the real and virtual coming together, the 2020 Ricomotech iRacing Global Mazda MX-5 Cup schedule will follow five venues straight from the real life schedule for the series:

About: The Battery Tender Global MX-5 Cup presented by BFGoodrich Tires is the signature spec series for the Mazda Road to 24 (#MRT24). Mazda-powered champions earn a Mazda scholarship to advance their career. The Global Mazda MX-5 Cup champion earns a $200,000 scholarship.

Find out more at http://www.mx-5cup.com.