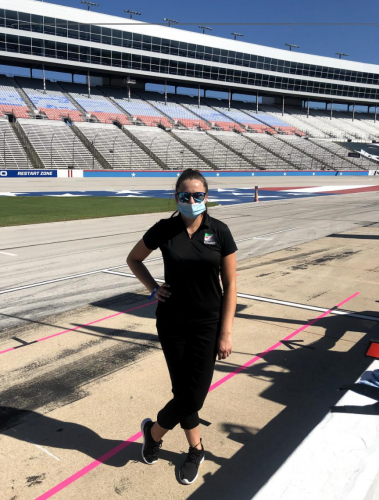 It had been 258 days since the last INDYCAR race at WeatherTech Raceway Laguna Seca for the 2019 season finale and myself, along with the rest of the INDYCAR paddock were about to embark on a completely different type of race day at Texas Motor Speedway.

It was three months behind schedule, but the INDYCAR season opener was finally here. After having traveled to St. Petersburg in March and being sent home early, I was more than ready to head out for the first INDYCAR race of the season. With only 20 essential personnel allowed per team, I was one of the lucky ones to be selected to attend the event.

Practice, Qualifying and the Genesys 300 all happened within a seven hour window on Saturday. A full 24 hour work day was not completely unfamiliar territory for me, having worked three Rolex 24s. But shockingly enough, I slept more during the Rolex 24 than I did on Saturday.

Although there were several factors at Texas Motor Speedway that took some adapting to, generally speaking it was business as usual. Let me take you through my first ever, single day event.

5:30am: Take off from Indy to head to Fort Worth

8:00pm: All crew allowed into the paddock

There aren’t many times that my alarm gets set for 3:45am, but on this day in particular my internal clock must have known it was race day because I was ready to get the day started.

We were instructed on the plane to have our protective masks handy; myself and all of the Meyer Shank Racing crew members wearing them for the hour and a half flight to Fort Worth.

Prior to the race weekend, we were all instructed to sign a health and safety waiver which allowed us into the paddock. We all were also instructed to fill out a health screening checklist on the morning of to ensure we were all feeling 100%.

Before heading into the track, we were stopped at a two-stage entry process. Stop 1 was to receive admittance stickers for everyone on the team list. Once stickers were placed on the hard card, we were then sent off to the temperature check where everyone received a temperature laser to the forehead.

With such few team and series media personnel in attendance, I was able to station myself in the media center which was air conditioned – something that I would greatly appreciate a few hours later.

The morning for me consisted of getting a lay of the land – finding our pit box, locating the medical facility and studying up (for the second time) on operations and emergency procedures. Although my morning went by relatively slow, it was all hands on deck for the crew to prep the car for a day that would fly by once practice began.

2:30-3:45pm: The last time that the team would be able to make any major changes prior to the race

Once we rolled out for practice the day seemed to fly by. Per usual, I was able to station myself in the pit box and made updates on social just like any other event. I tried more than normal to listen in on conversations between our engineers and Jack to get a handle on what the car was doing and how prepared we were for the race.

Following practice there was only a short bit of time before we headed out for qualifying. The qualifying format took me a bit to get used to – having never worked an oval aside from the Indianapolis 500. We rolled out third which was nice and allowed me to get my driver quote early on.

One of the differences that I had to adapt to was communication with the media and TV broadcast. We are used to having them on hand and within a close distance so we can just walk up and give them the information and updates that they need.

This weekend required a bit more effort into getting the information into the necessary hands. Prior to the event weekend, I had reached out to all of the (5) media members that would attend the race, stationed in the press box outside of the track.

Doing this was important and paid off during the weekend because the journalists who received my early preview emails were then able to use me as a resource on the ground to get information – information that was impossible for them to receive without physically being in the paddock.

Post qualifying, I transcribed my quote and made sure each of the media members on site as well as the broadcast team received it in a timely manner before posting it on social for anyone else that looks for updates there.

One thing that did not necessarily have an impact on me, but effected the team was that after qualifying, each car was impounded until 45 minutes before the race. In terms of adjustments, the team was only allowed to make minor changes – and anything more would receive a penalty.

Now, 11 hours into the day and tensions were at an all time high. Air temperature and quality were scorching with temperatures over 95 degrees. Having to wear a mask at all times in such high heat was a challenge and really tested your cardiac limits.

Once the green flag dropped, it was a sense of relief that we had made it through the hardest parts of the day.

Post race it was business as usual, getting thoughts from Jack and Mike Shank and writing our post-race press release – once again making sure all of the media members received the information that they needed.

Once complete the team packed up the trucks – the same trucks that they had unpacked just over 12 hours earlier and it was back to the airport to our flight home. 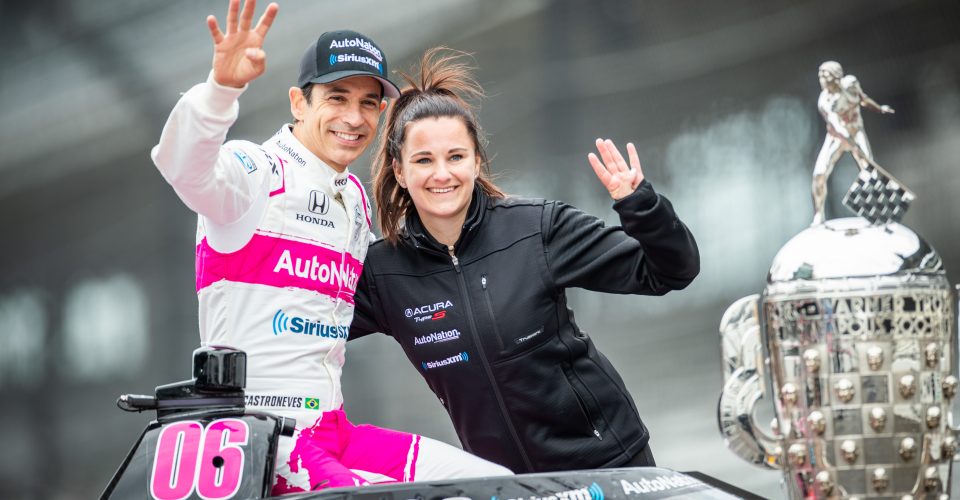