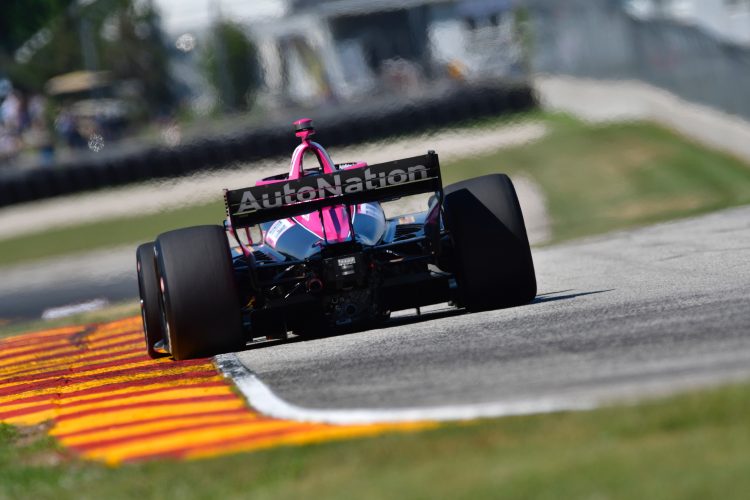 Elkhart Lake, Wisc. (12 July 2020) – Road America played host to the second second round of the double-header NTT INDYCAR Series Rev Group Grand Prix on Sunday as the series staged a second 55-lap race at the fast Wisconsin natural terrain circuit.  Meyer Shank Racing driver Jack Harvey continued to show his strength in the No. 60 AutoNation / SiriusXM Honda, scoring ninth on the grid in Sunday’s qualifying to back up his run to second on the grid on Saturday.

Unfortunately,  Harvey wasn’t able to convert that pace into a strong result after getting knocked off-course in a Lap 1, Turn 1 incident that hindered the Meyer Shank Racing driver from moving through the field. Quick pit stops and a strong recovery run from Harvey still only netted the effort a 17th place result after 55 laps of hard racing. 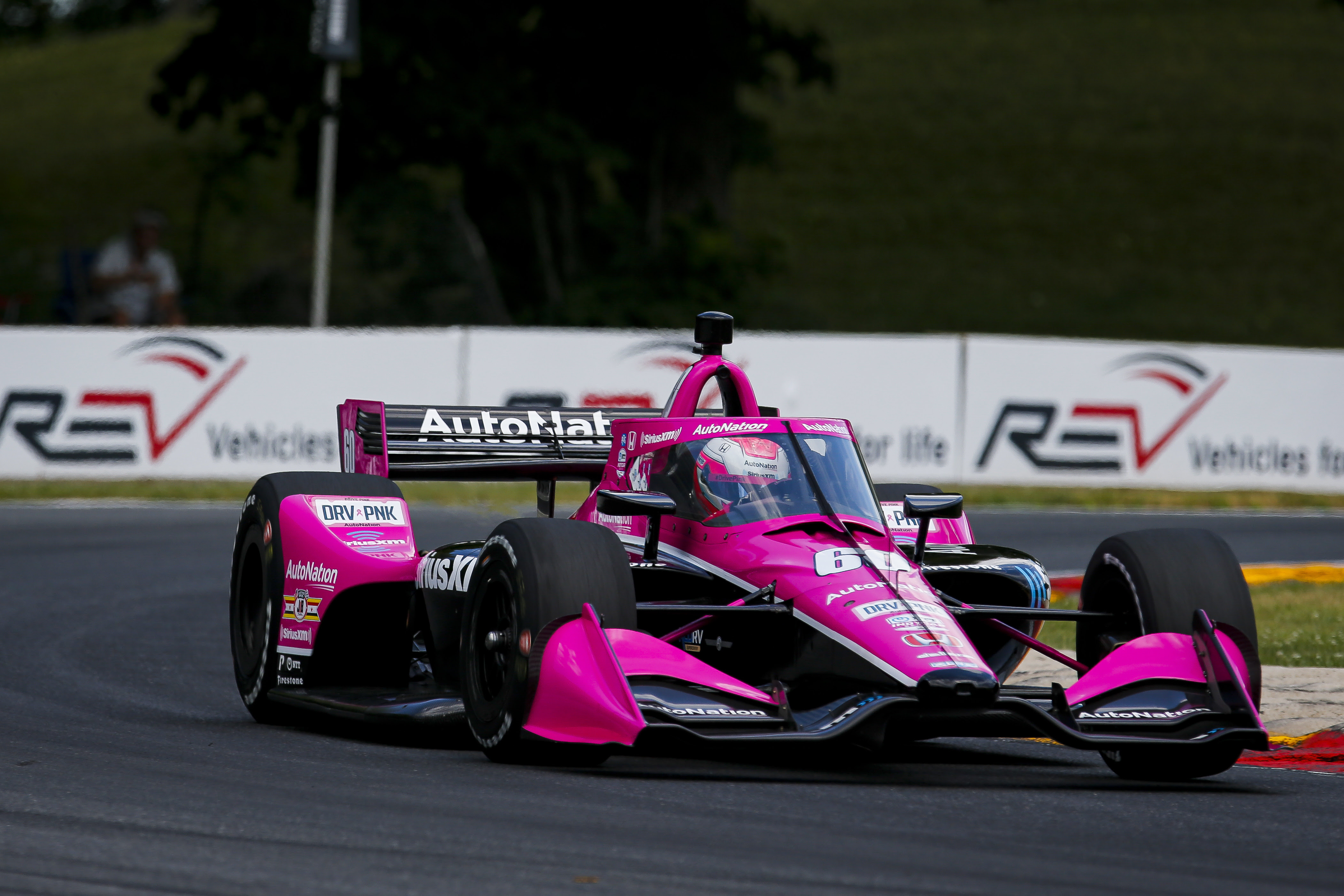 Hoping to rebound after brake issues had ended Harvey’s Saturday race early, the Briton was aiming to start fresh and bring the same strong pace that he had early in the weekend. A second round of qualifying on Sunday morning saw much cooler temperatures roll through the track. Trying to manage the balance of the Honda-powered entry that the MSR squad had rallied to make repairs on, Harvey put the No. 60 AutoNation / SiriusXM Honda ninth on the grid.

At the drop of the green, there was a first corner frenzy which saw several cars check up, with another car making contact to the rear of Harvey’s AutoNation/SiriusXM machine.

Sent spinning off track, Harvey was still able to keep the car running and escaped damage, but was shuffled back through the field to P18.

Completing four nearly perfect pit stops, the Meyer Shank Racing crew had a strong impact on Harvey’s charge back on track. Unfortunately with no yellows during the second half of the race Harvey was unable to regain the lost track position as he brought home the No. 60 AutoNation / SiriusXM Honda entry in 17th. 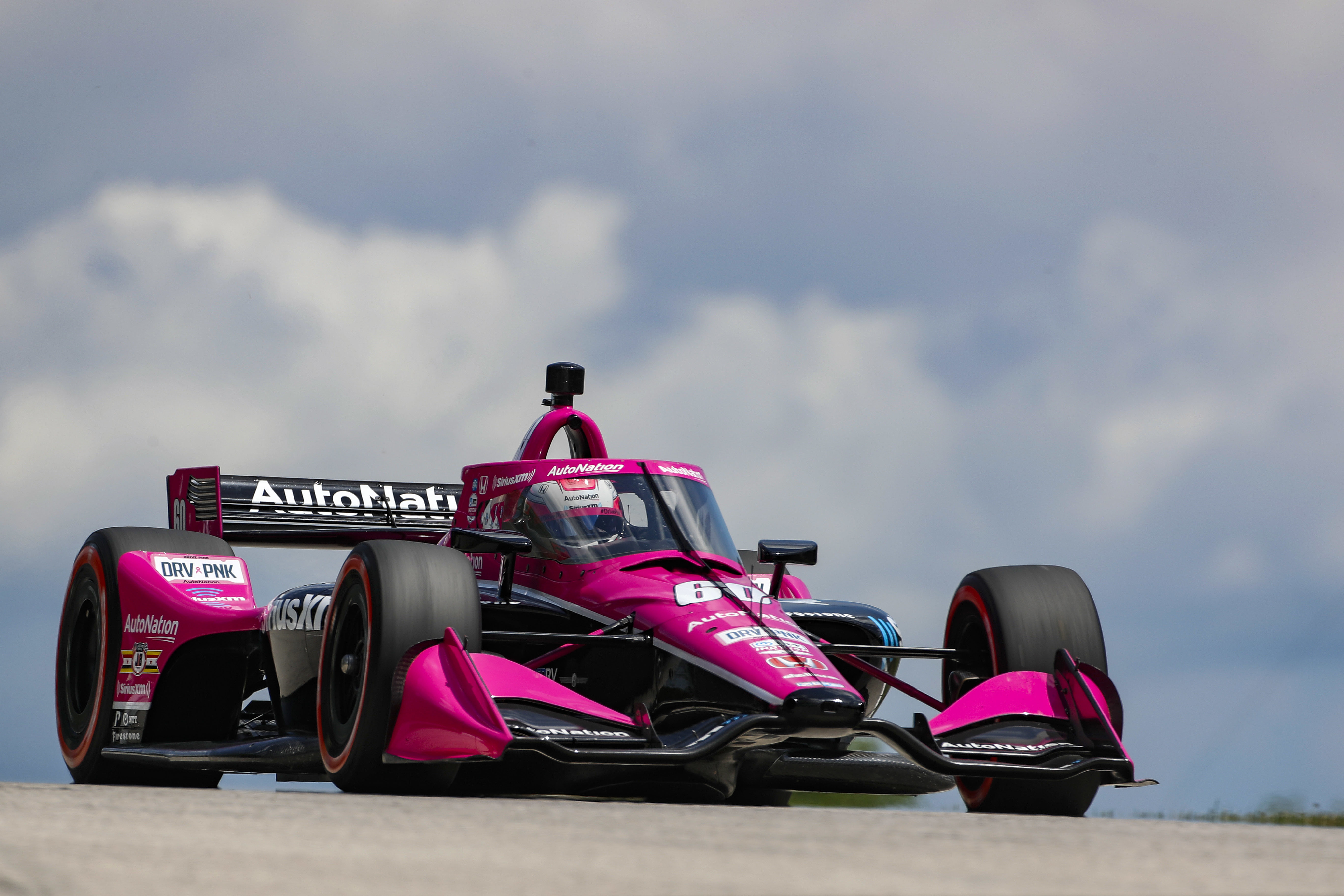 “It was another tough day for us,” said Harvey. “We’ve had the speed all year, really, but certain things keep happening to us that prevent us from actually putting that speed towards a good result. We’ve started from the front row, we’ve started within the top ten, but we just can’t seem to have luck on our side to get a result that’s representative of our pace. The Meyer Shank Racing guys did a great job all weekend long setting up a solid car and they had great pit stops yesterday and today. Hopefully we will have a better round at Iowa next weekend.”

It’s a quick turnaround to the next INDYCAR Series event, with another double-header race weekend at Iowa Speedway on July 17th and 18th.