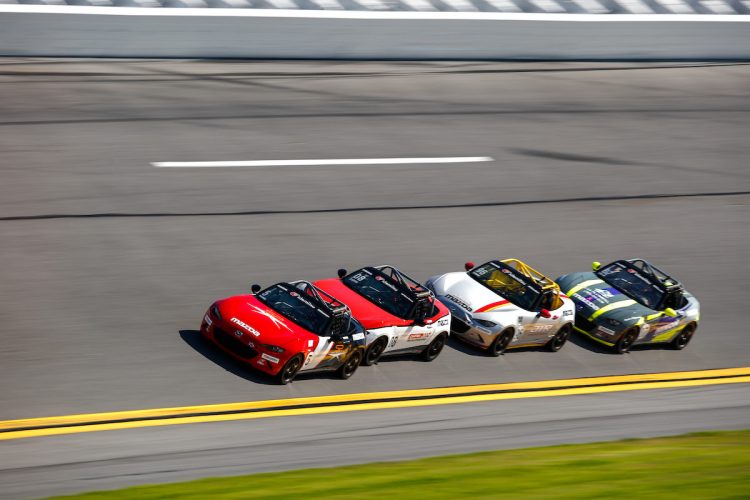 February 8, 2021 – The Idemitsu Mazda MX-5 Cup presented by BFGoodrich® Tires has added Sebring International Raceway to its 2021 itinerary, which makes it the next event on the series schedule.

Following a blockbuster double-header event weekend at Daytona International Speedway to open the series’ sanctioning partnership with IMSA in January, the Idemitsu Mazda MX-5 Cup will join IMSA and its compliment of partner series in Sebring, March 17 – 19, in support of the famous 12 Hours of Sebring. As is the case with all Mazda MX-5 Cup events, it will be a doubleheader, with both races taking place on Friday, March 19. 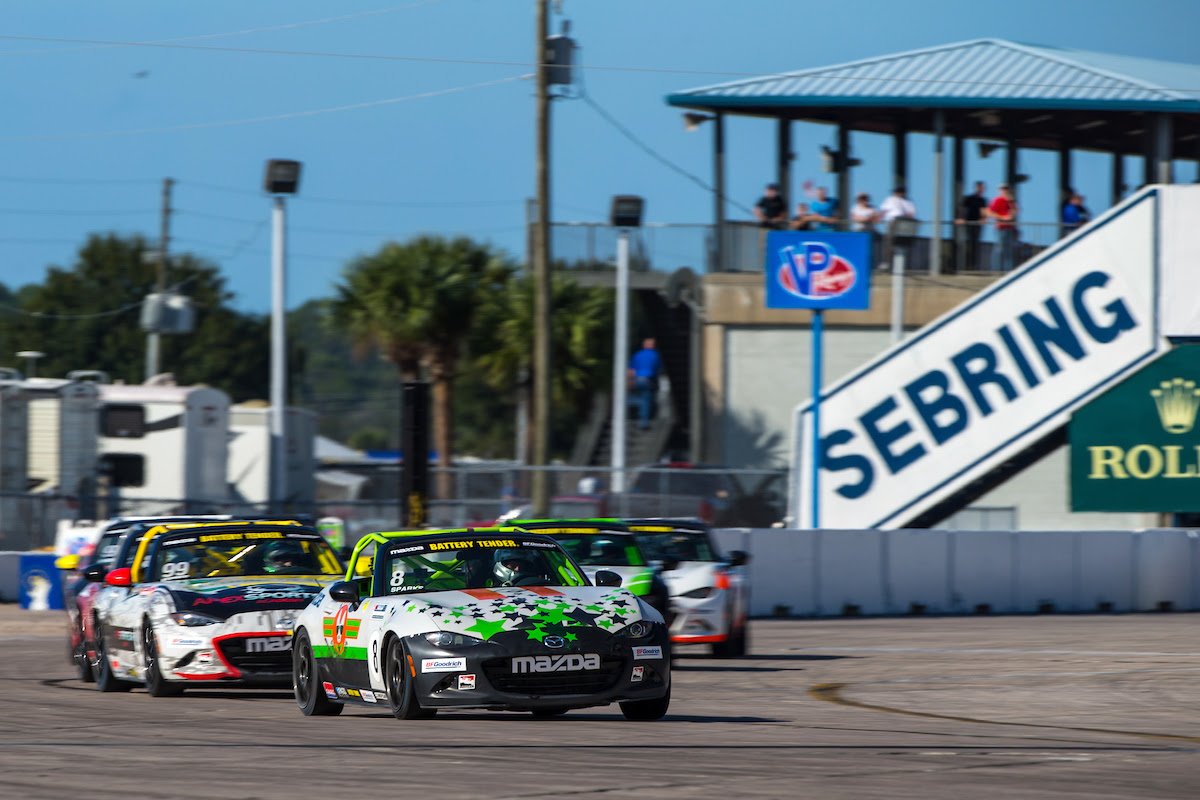 “When the opportunity to bring Mazda MX-5 Cup to Sebring presented itself, it was a no-brainer to accept,” said Director of Mazda Motorsports Nelson Cosgrove. “Sebring is a legendary track with a loyal fanbase, and we know the MX-5 Cup cars will put on a spectacular show there. We hope the drivers will ‘respect the bumps’ and give us a race as memorable as Daytona.”

Placing Rounds Three and Four at Sebring serves as a replacement for a future race venue to be announced at a later date. Therefore, the MX-5 Cup Championship will still be composed of 14 rounds over seven tracks.

More information about the Sebring event schedule will be released as it becomes available.

A recap of the season opener of the 2021 Idemitsu Mazda MX-5 Cup presented by BFGoodrich® Tires at Daytona International Speedway will air on NBCSN, Wednesday, February 10, at 4pm ET.