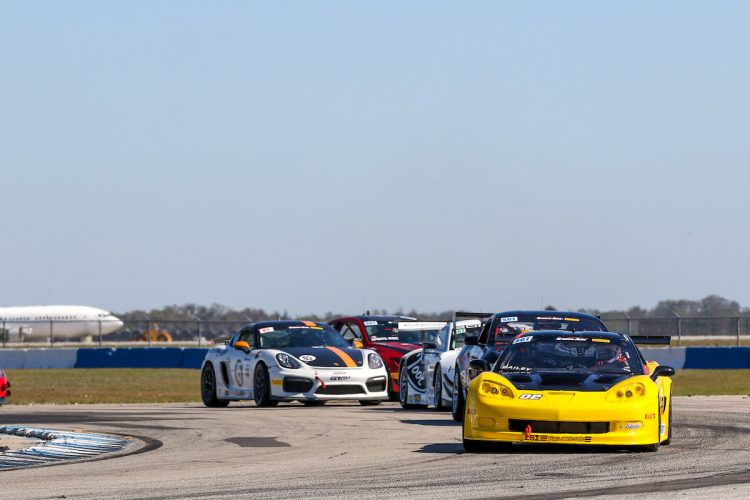 rans Am Kicks of 2021 Season at Sebring on Friday

SEBRING, FLA. (19 FEBRUARY 2021)- Trans Am Series presented by Pirelli kicks of its 54th season of racing at Sebring International Raceway this weekend (Feb. 19-21), bringing four classes of deeply talented contenders to the former airfield. Trans Am will headline the Sebring SpeedTour with a pair of 100-mile races on Sunday. (TICKETS)

As American powerhouse classes Trans Am and TA2® expand their rosters with talented drivers, the production class, especially SuperGT, competition pools have also deepened this season.  Usually integrated into the feature TA class race, the SGT class pits American powerhouses against European exotics in a contest of global proportions.

From the pure strength of the Dodge Viper to the finesse of the BMW M3, SGT provides an intriguing contest that mixes strategies and approaches in addition to being open to a wide variety of cars. Last season three different marques claimed the checkered flag, and this weekend at Sebring six makes and models will take the green. (Trans Am Sebring Entry List)

“We are happy to see a stout entry for the SuperGT class this year at Sebring,” said John Clagett, Trans Am Racing Company President. “Their season ended with tight battles and great racing in Atlanta, and with the expanded field, that momentum will continue through 2021.”
The full SpeedTour event, including qualifying sessions, will be live streamed starting Saturday on exclusively on Trans Am by Pirelli Racing App.

After taking the championship hunt down to the very last race, reining SGT champion Lee Saunders returns to defend his title in his cherry red No. 84 Landsearch LLC Dodge Viper. Saunders hit his stride in 2020 after six years of SGT competition, claiming four wins and four poles in nine starts.

In the shortened off season, the Florida native made minor adjustments to his championship-winning Viper in preparation for Sebring. 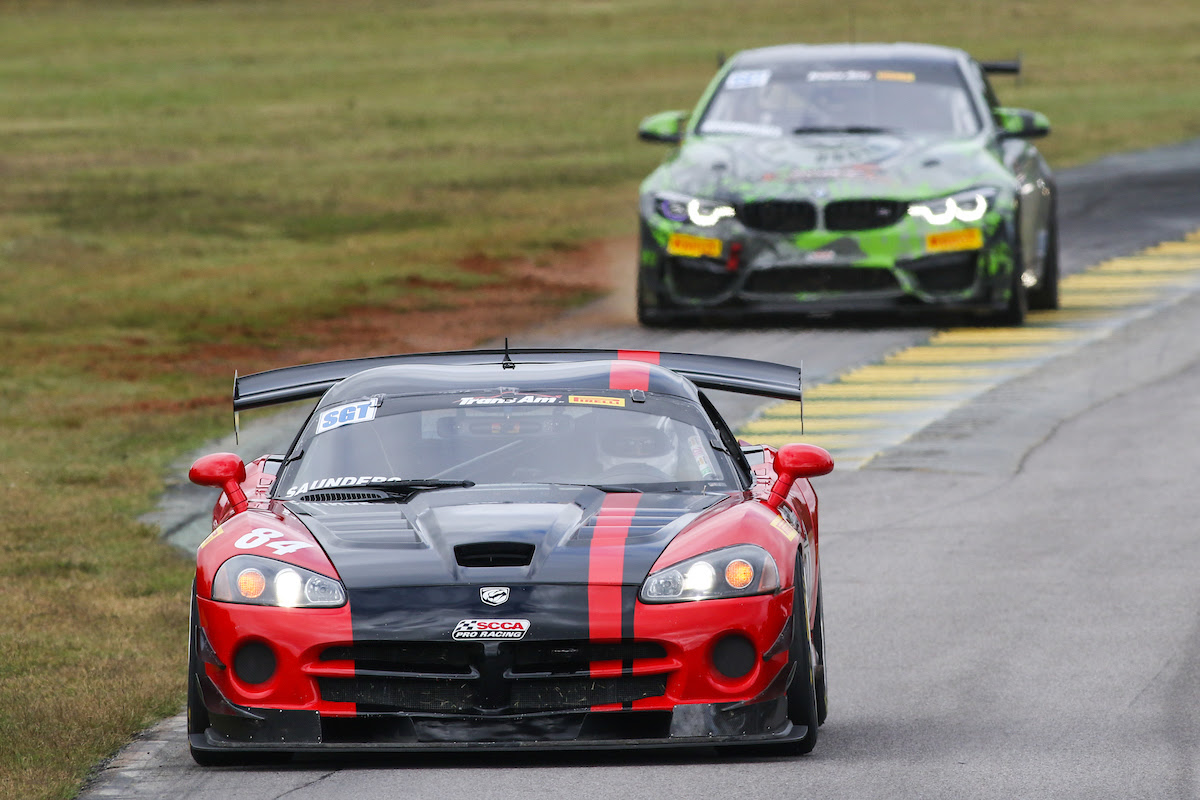 “I love seeing the growth in the SGT class,” said Saunders. “Last year went well even with all the challenges COVID-19 brought with it. There is no other place to race for the value and competition than the SGT class.”

Saunders will have a long line of drivers nipping at the chance to take his title. 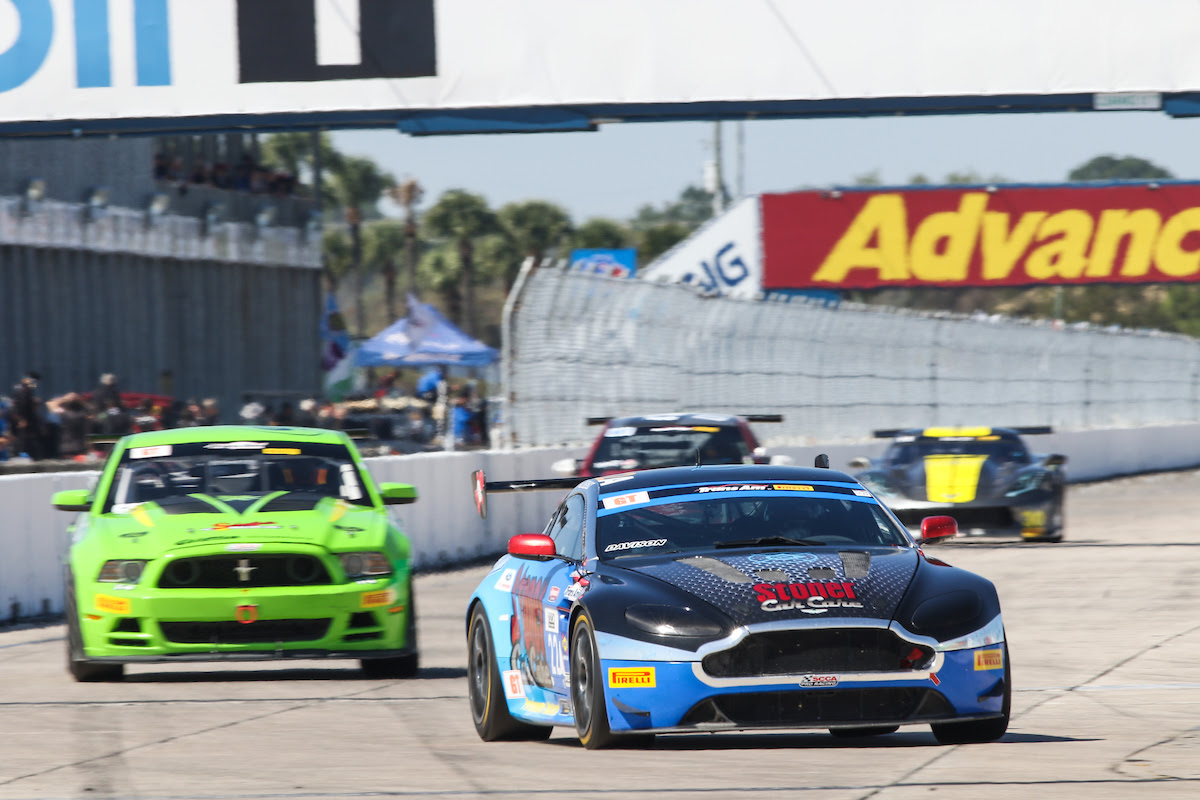 After taking most of the 2020 season off due to COVID-19, 2019 SGT Champion Steven Davison returns to the lineup, wheeling the No. 22 DavinciPlasticSurgery/Pinnacle Aston Martin Vantage V8 to challenge Saunders’ chance at consecutive titles.

With more than 100 starts, numerous top-five finishes and a win at the Belle Isle Motor City 100, John Baucom is preparing a new entry into the SGT class. Returning to his roots, Baucom will field a Ford Mustang GT350 prepped by Baucom Motorsports.

“I’m very excited about the Mustang GT350 and our performance expectations in this ultra-competitive class” said Baucom. “The competition in SGT is intense, so we’re defiantly going to have our work cut out for us. We are very excited to continue to campaign the Mustang nameplate as I started my Trans Am career 20 years ago in a Mustang.”

The 2020 GT champion Billy Griffin will also threw his hat in the ring this season, moving into the SGT class with a newly outfitted No. 14 GriffinAutoCare/SheehansTowing Ford Mustang GT4. But his decision to advance classes wasn’t an easy one for the West Palm Beach resident. 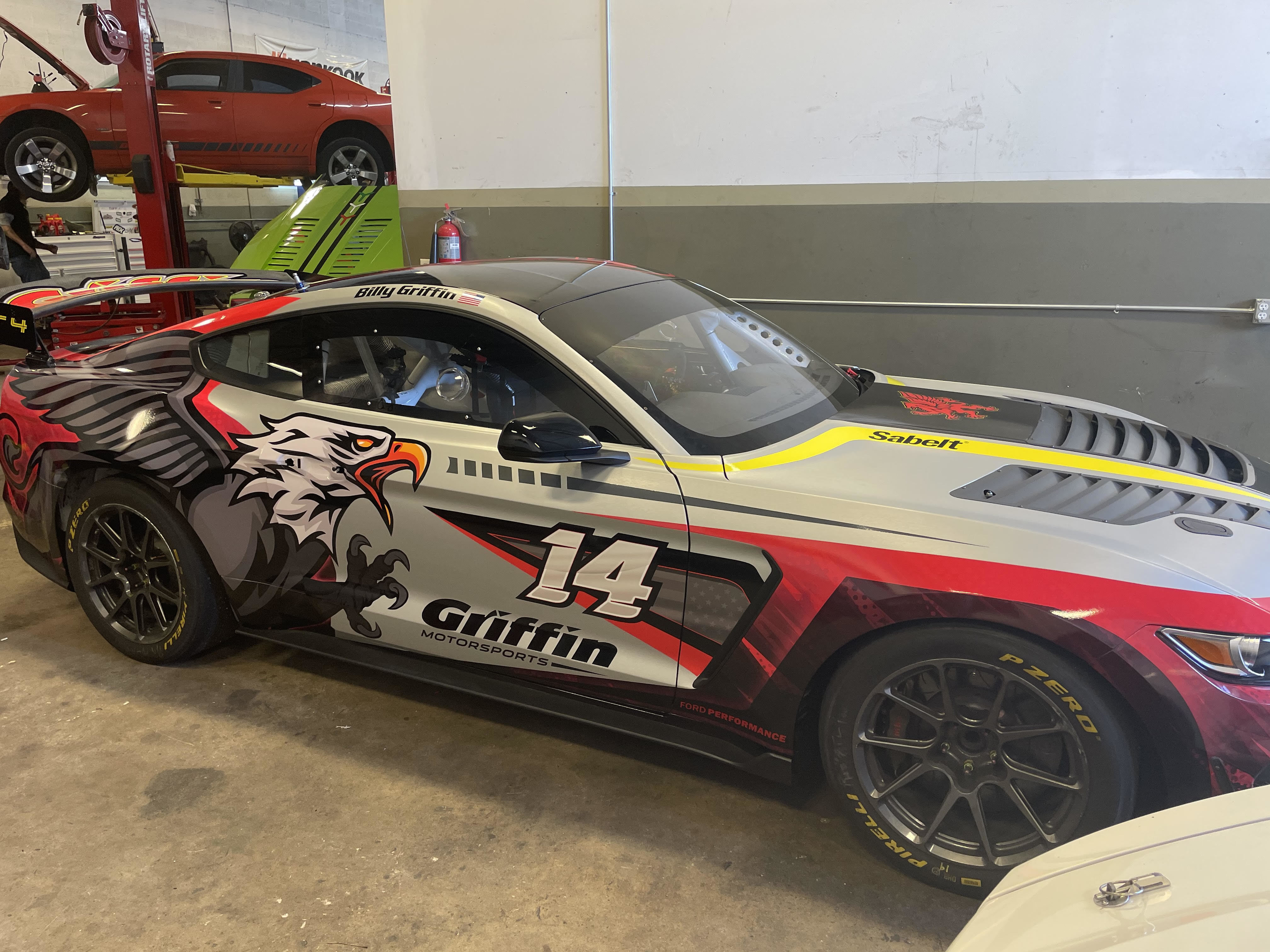 “We have made a late decision to move to SGT,” explained Griffin. “Our earlier plan was to move up, but the car I had planned on driving is still under construction. So ‘back to GT,’ we thought. Then the opportunity to get a beautiful GT4 Mustang came about. So back to SGT we went! We are excited and a bit nervous about the decision. We are rushing to get the car ready for the race. We obtained the car through Dean Martin at KhoR Motorsports. He has been very helpful in this transition time for us and we have a tremendous amount to learn.”

With a Trans Am career that spans over 30 years, Lou Gigliotti looks to build on his success from 2020 after his first foray in the SGT class last season. Wheeling the No. G2 Motorsports Park Chevrolet Corvette, Gigliotti captured his first victory in nine years at Circuit of The Americas in his new class.

As the only rookie in class, James Candelaria will have his work cut out for him. After a podium finish in the SCCA National Championship Runoffs in the Touring 1 class, Candelaria will make his professional racing debut at Sebring in the No. 99 F.A.S.T.Auto/HawkPerf/Forgeline Ford Mustang.

Aaron Pierce (No. 26 LogicalSystemsInc/SamPierceChev Chevrolet Corvette) rounds out the SGT roster for Sebring.

Mark Brummond (No. 24 GarageDoorDoctor/DynamicAutoTune BMW M4 GT4) and Milton Grant (No. 55 SentrySelfStorage/FairfieldInn Porsche 991.1) were slated to compete in Sebring, but the inclement weather changed both drivers’ plans and forced them to withdraw from the season opener.

Philip Di Pippo will lead the way for the GT class in the No. 94 Sasco Sports Ford Mustang.

Each of the four Trans Am classes will have testing sessions on Friday to open on-track activities. Saturday begins with practice at 11:00 a.m. ET, followed by qualifying for each of the classes beginning at 4:10 p.m. Sunday features two 60-minute races with a massive TA2® field taking the green at 11:15 a.m. ET followed by the mixed class of TA/XGT/SGT/GT taking the green at 1:35 p.m.  The full weekend will stream exclusively on the Trans Am by Pirelli Racing App. (Click to Download) 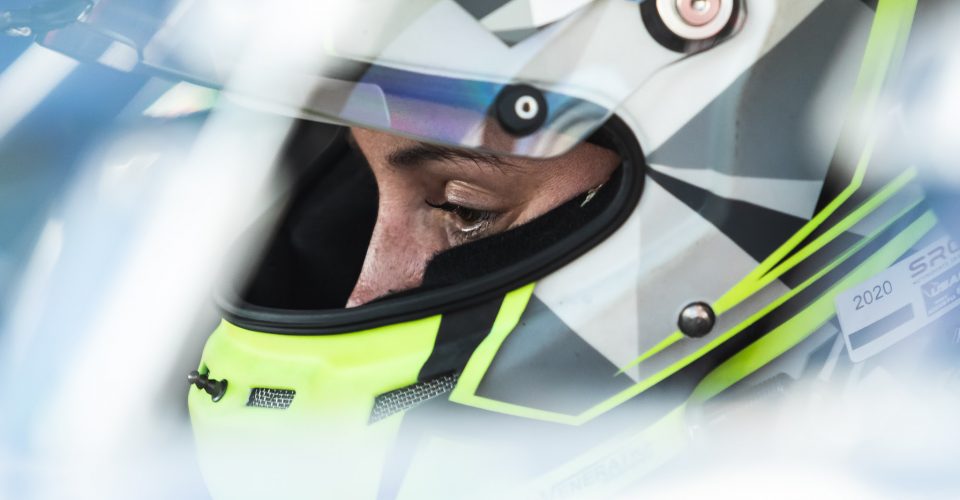 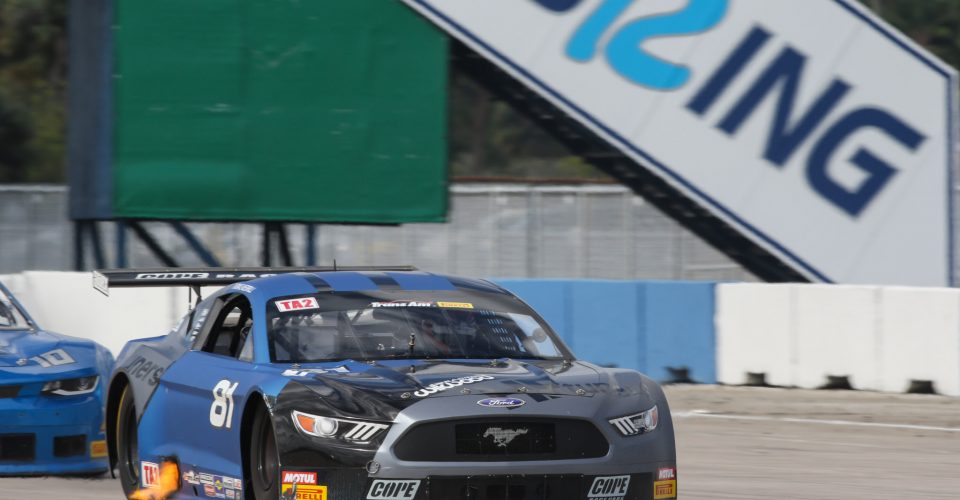 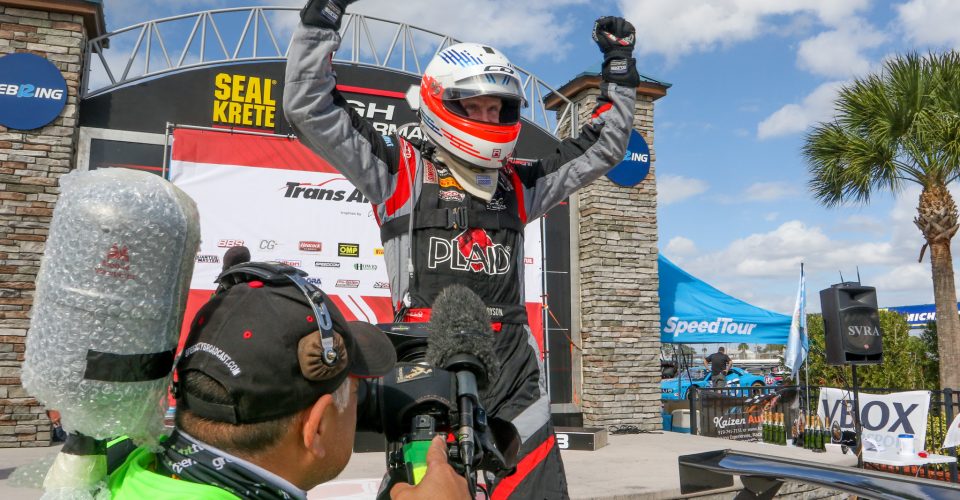