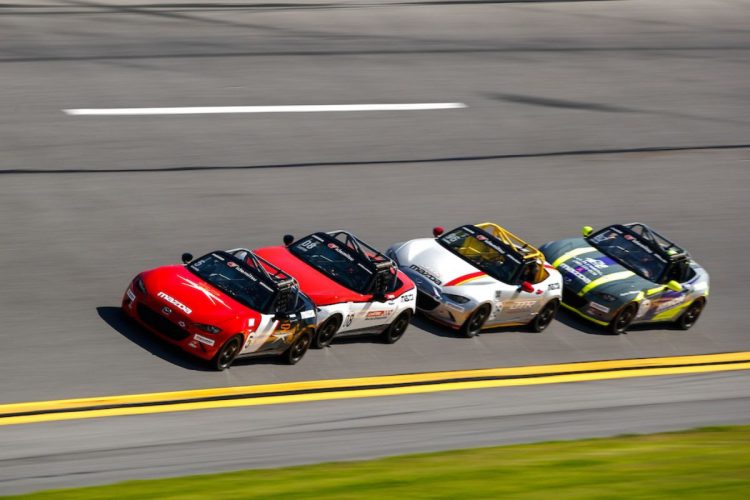 Both MX-5 Cup races at Sebring will be streamed live on IMSA.com

SEBRING, Fla. (March 16, 2021) – After a pair of electrifying races at Daytona International Speedway, the Idemitsu Mazda MX-5 Cup presented by BFGoodrich® Tires takes its action-packed show to Sebring International Raceway this week. Twenty-seven drivers will take part in Rounds Three and Four with their eyes on the $250,000 Championship prize.

Coming out of the season opener, Gresham Wagner (No. 5 Spark Performance) leads the championship by 30 points over 2020 Mazda MX-5 Cup Rookie of the Year Jared Thomas (No. 96 JTR Motorsports Engineering). Wagner was the polesitter in both Daytona races and took a remarkable win in Round One; after falling back on the start, he clawed his way back to the top five in time for a green-white-checkered finish, where the front runners fanned out five-wide approaching the finish line. 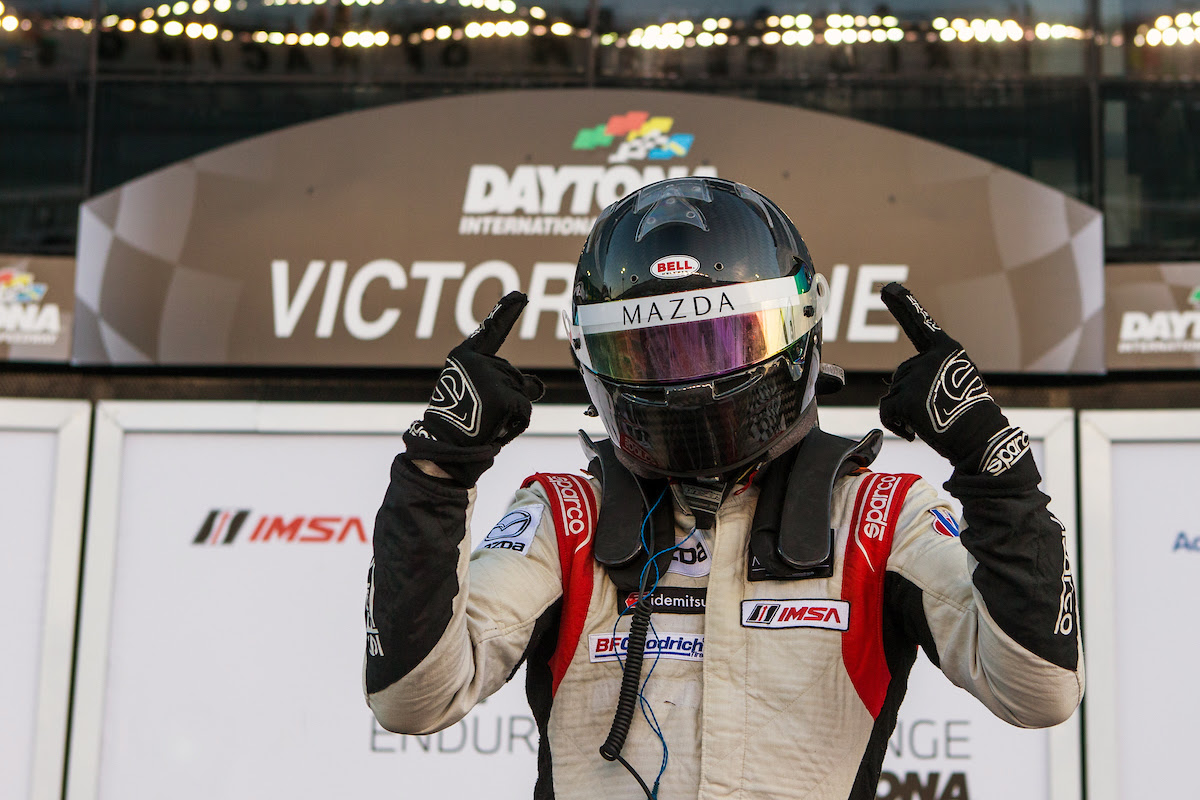 Wagner has been to Sebring once before in 2018 for a SCCA race, but this will be his first time in the current MX-5 Cup car. He already knows that any mistakes will be much harder to bounce back from at Sebring.

“The biggest difference, besides losing the banking, at Daytona is that we’re faced with twistier   sectors and more back-to-back corners,” Wagner said. “Sections like Turns Three-Five and Turns 10-13 need more precision and consistency than Daytona. Of course, the draft on the straights will still play a role, but a lack of pace or any mistakes will be amplified in some of the more technical sections Sebring has. The most important thing will be not overdriving and staying mistake-free, because this track has a narrow window to operate in. Daytona allowed us to be more aggressive than usual, so we’re all going to have to be a bit more calculated here.”

MX-5 Cup has not raced at Sebring since 2018, when it hosted a bonus, year-end event for a $50,000 prize. The only driver entered this week who has previously won a MX-5 Cup race at Sebring is Drake Kemper (No. 99 Provision Motorsports), who was victorious in the 2015 season opener at Sebring. 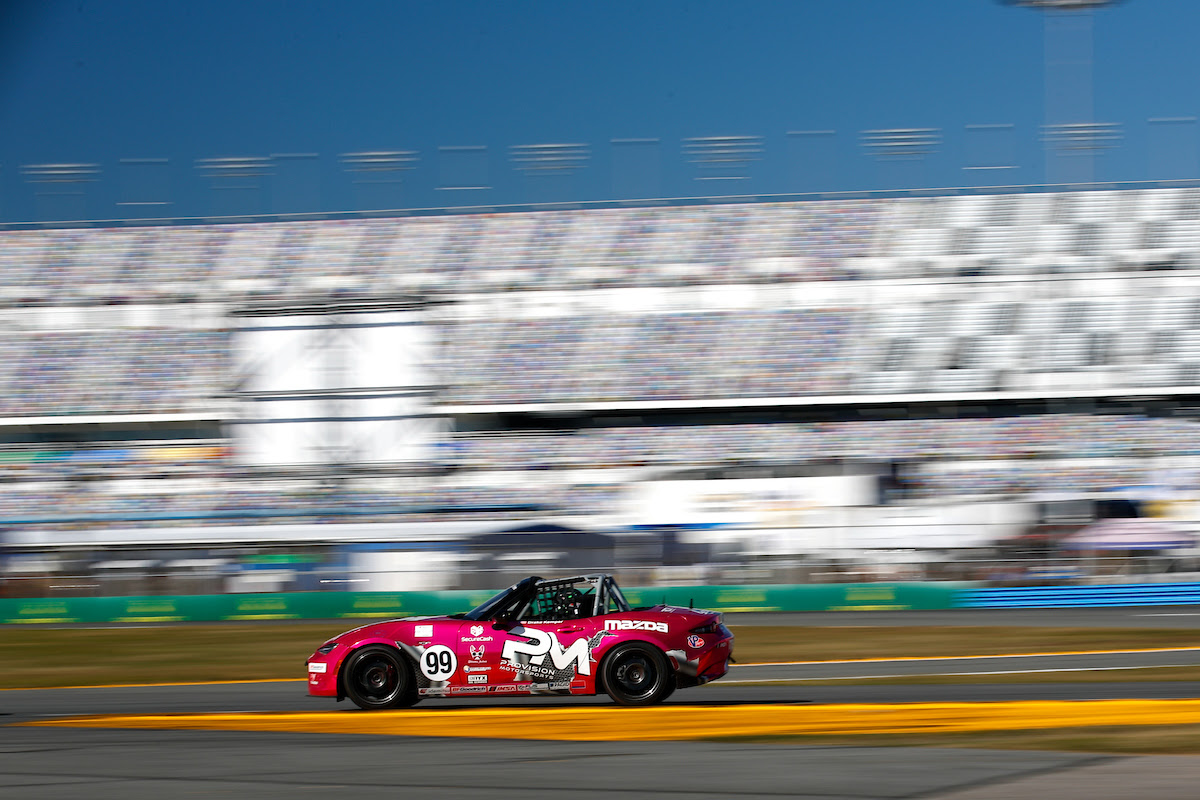 “Sebring is a race that is not won in the first five, 10, or even 15 laps,” Kemper said. “To win at Sebring you have to be there at the very end, positioning your car for the perfect draft lap across Sebring’s massive 3.74-mile layout. Essentially the track has five straightaways for our cars, so working with and pushing someone for 42 minutes to hopefully pull enough of a gap to let you battle during the last lap is clearly the best way to find success in my opinion.

“Sebring is hard enough to drive by yourself for 45 minutes, let alone next to 25 other cars bouncing up and down 500 times per lap,” Kemper added. “Smooth, calculated decisions, and low-risk consistent driving will ultimately pay off. In order to finish first, you must first finish.”

Rounds Three and Four have brought back a familiar face to the MX-5 Cup paddock: veteran Todd Buras (No. 95 Irish Mikes Racing). Buras took part in the very first MX-5 Cup race in 2006 and was a regular on the circuit, but we haven’t seen his name on an entry list since 2011. The Krispy Kreme franchise owner has kept busy in Mazdas though: he was the 2019 SCCA Spec Miata National Champion.

Once again, both MX-5 Cup races at Sebring will be streamed live on IMSA.com. Race One will begin at 4:15pm ET on Thursday, March 18. Race Two will go green at 8:55am ET on Friday, March 19. 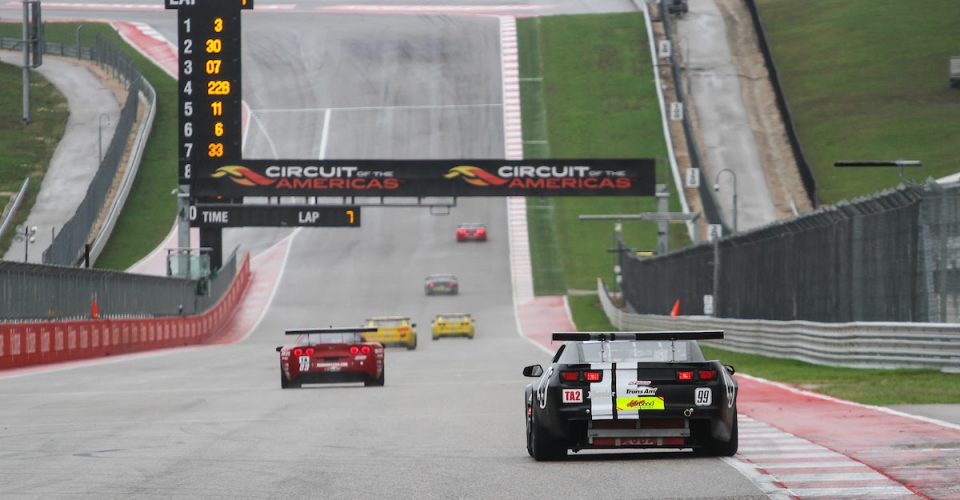