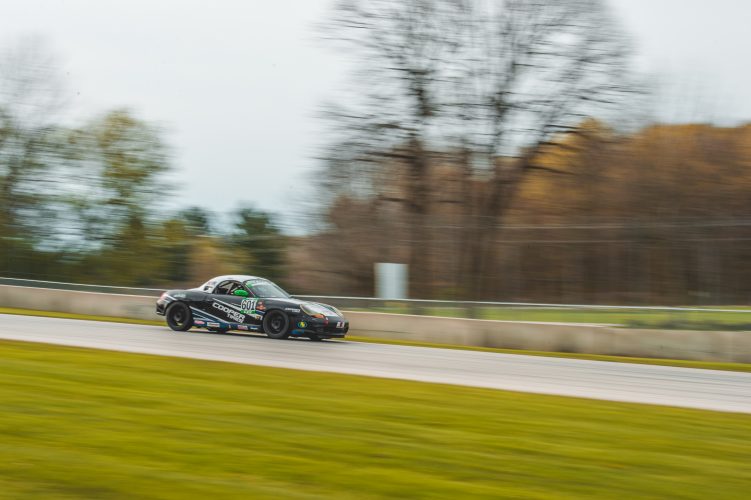 Daytona Beach, Fla. (1 June 2021) – Continuing its World Racing League (WRL) championship hunt this weekend, Round 3 Racing (R3R) heads to Daytona International Speedway for the second longest race of the 2021 season.  A single 14-hour endurance race will test R3R as the team of Porsche entries are set to fight to the finish under the lights of Daytona International Speedway. 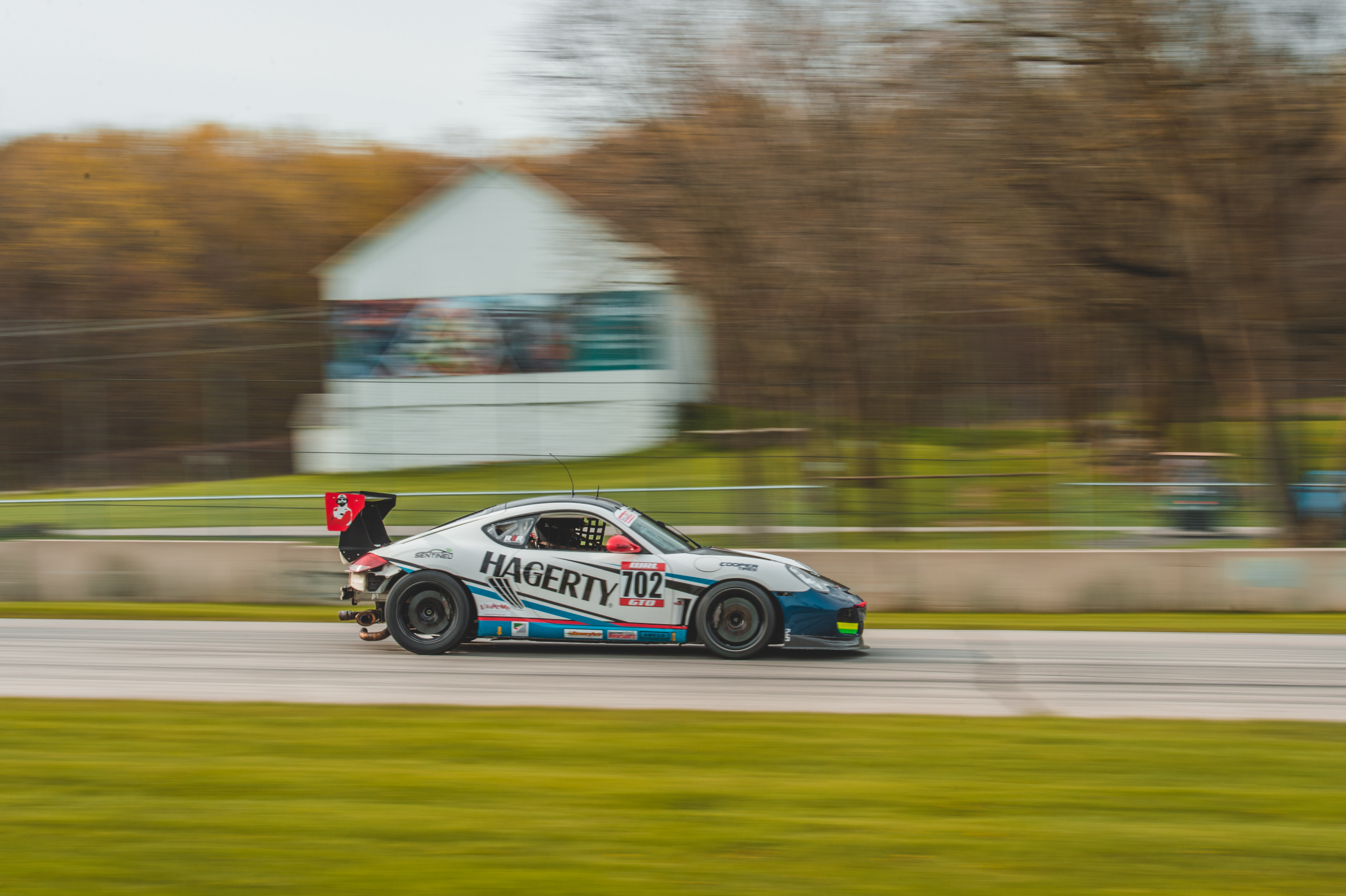 Competing in the fastest class (GTO), the father-son pair of Buz and Brad McCall
along with speedy Sarah Montgomery will aim to turn their luck around heading into the fifth race of the season. Untimely mechanical issues have plagued the driver trio, but the R3R crew has regrouped and primed the No. 702 Porsche for 14 hours of racing on Daytona’s famed high banks.

“I am looking forward to the opportunity to wheel the No. 702 Team Hagerty Porsche Cayman around Daytona,” said Montgomery. “It is an amazing car to drive and with Daytona being a technical course with steep banking, the combination of the two will be great fun. Brad (McCall) and Buz (McCall) have put so much trust in me to take the opening stint and with that I can set us up with good positioning for the rest of the race. This is going to be our race, I can feel it.” 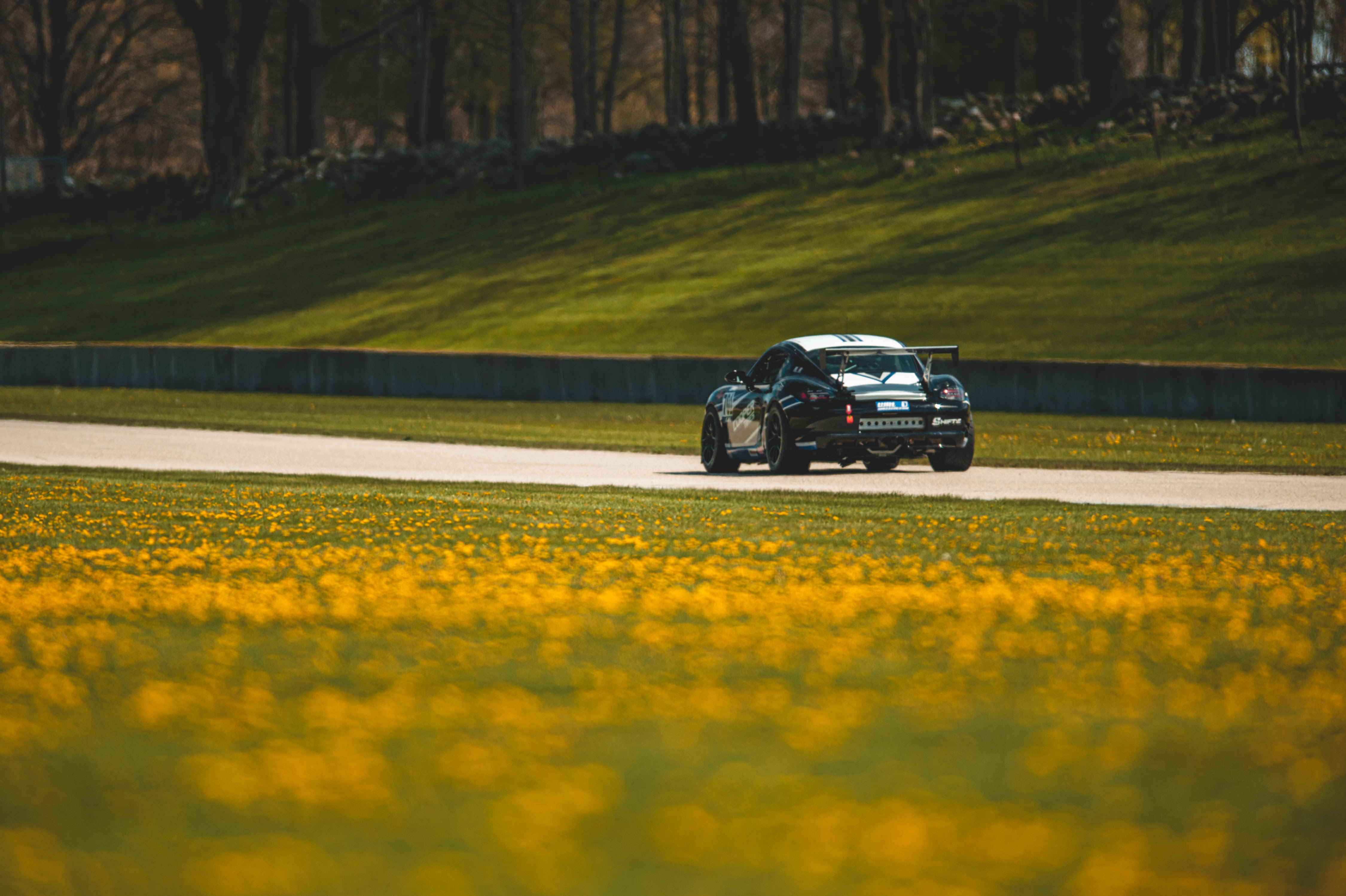 Loni Unser, Mike Gilbert and Mo Dadkhah continue their transition into the GP1 class with the No. 701 Team Cooper Tires Porsche Cayman. The team received the car just days prior to the previous race weekend in May and used the weekend to set-up the car. Using the notes from that weekend, the No. 701 Porsche Cayman returned to the R3R shop to continue preparations and integrate the setup changes ahead of the Daytona event.

“While we learned a lot about the car during our first weekend with it, we now have what we need to be able to really be competitive in the GP1 class,” said Unser. “Between myself, Mike (Gilbert) and Mo (Dadkhah) we all have put in hours of work on the simulator in preparation for this weekend. 14 consecutive hours is a long time, but we are all prepared for the challenge and hope to come out with a win.”

Hannah Grisham will serve as a reserve driver for the endurance event. Claiming victory at the previous WRL round at Road America in May, the No. 601 Team Sentinel Porsche Boxster currently sits second in the GP2 class standings and is looking to return to the top step of the podium to race their way to the championship lead.

Daytona is home for full-season driver Shea Holbrook who will be joined by teammates Christian Maloof and Oleg Gorshkov for the 14-hour event at Daytona International Speedway.

“Racing at my home track with Round 3 Racing makes for a special race weekend,” said Holbrook. “We have made great progress with the No. 601 over the course of the season and know it is a very competitive car. Daytona is an iconic track that the Team Sentinel Porsche Boxster will be well suited for. We have the championship lead in our sights and with this driver lineup and team, we will fight for 14-hours to bring home another trophy.” 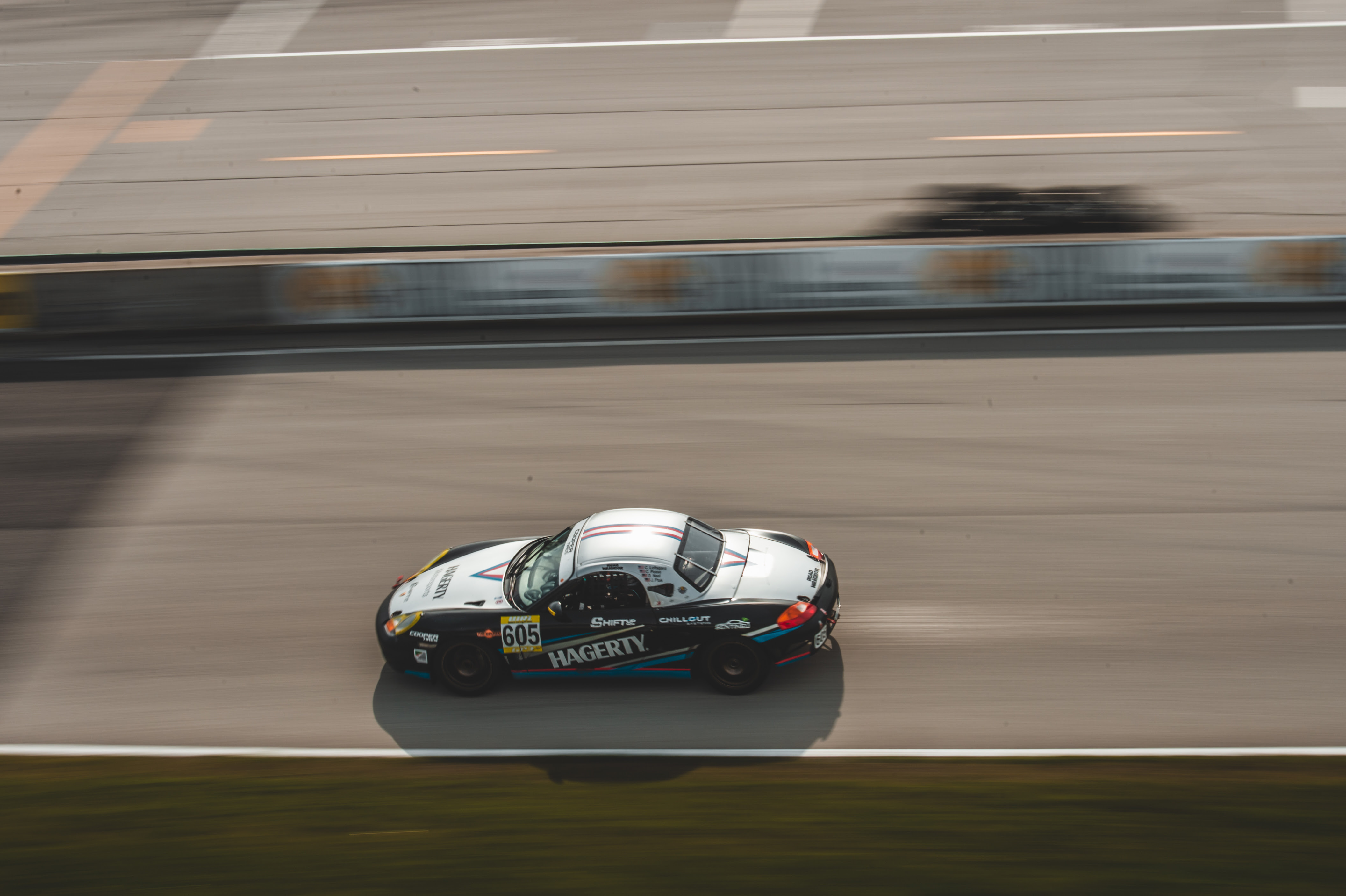 Riding a four consecutive podium streak, including a class win at Road America, the No. 605 Hagerty Drivers Club Porsche Boxster of Cole Loftsgard, Carter Pease, Dennis Neel and Jim Ptak will look to continue their success during the first single day endurance race of the year.

“Since joining Round 3 Racing at Mid-Ohio, we have been consistently at the front and fighting for wins and Daytona should be no different,” said Neel. “Drivers like myself don’t regularly get to drive on banking like we will at Daytona. It will be a new challenge for us especially as the sun sets. The Round 3 Racing crew always provide us with a phenomenally strong car and each podium or win is due to their hard work.” 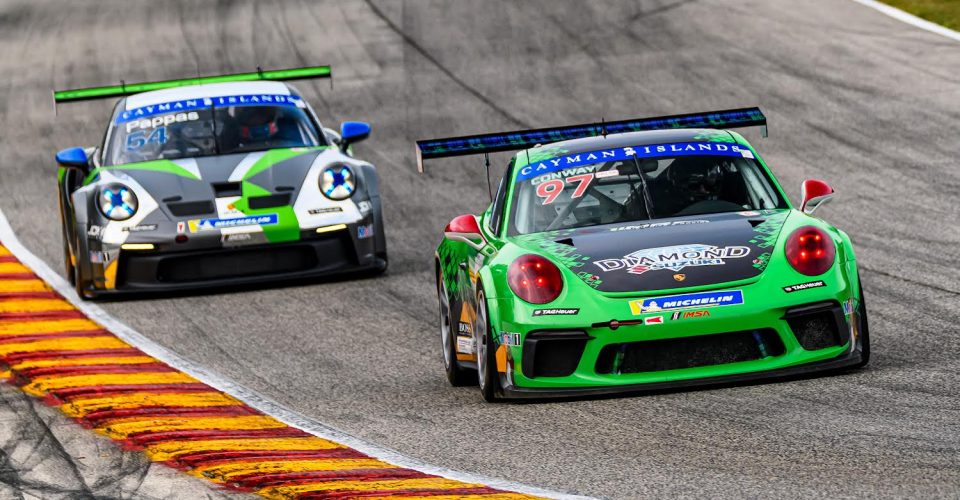 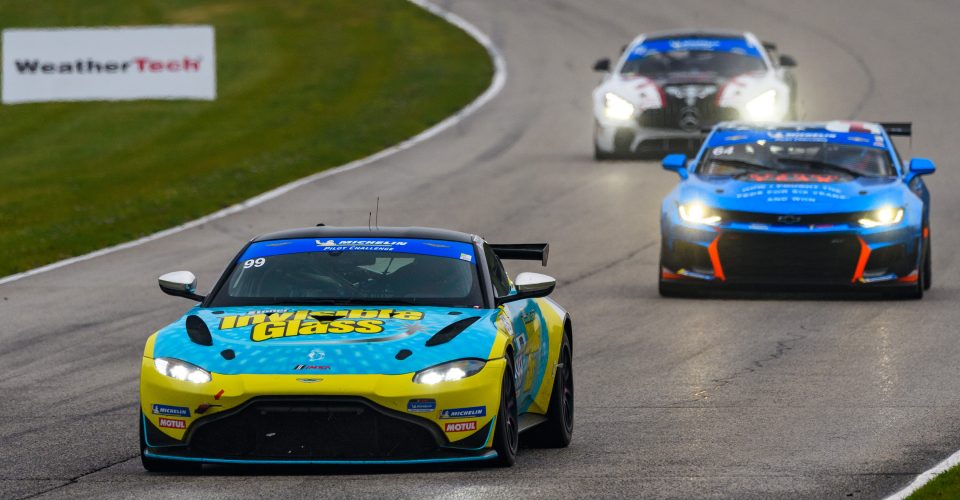 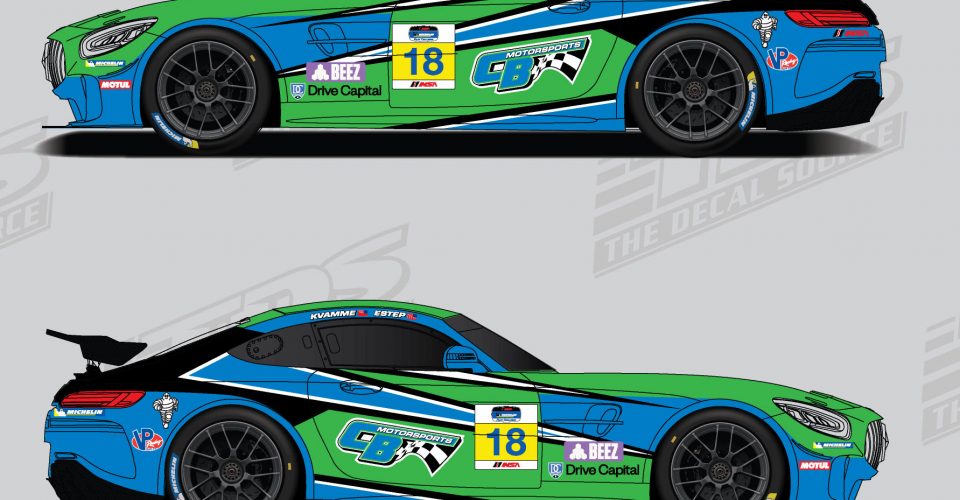