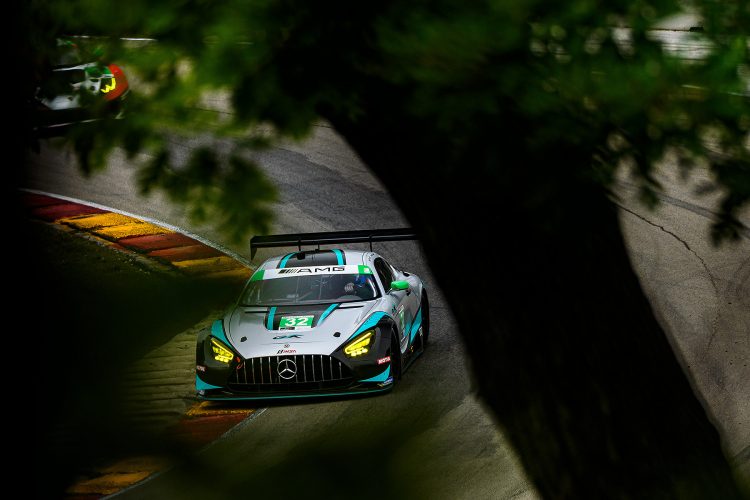 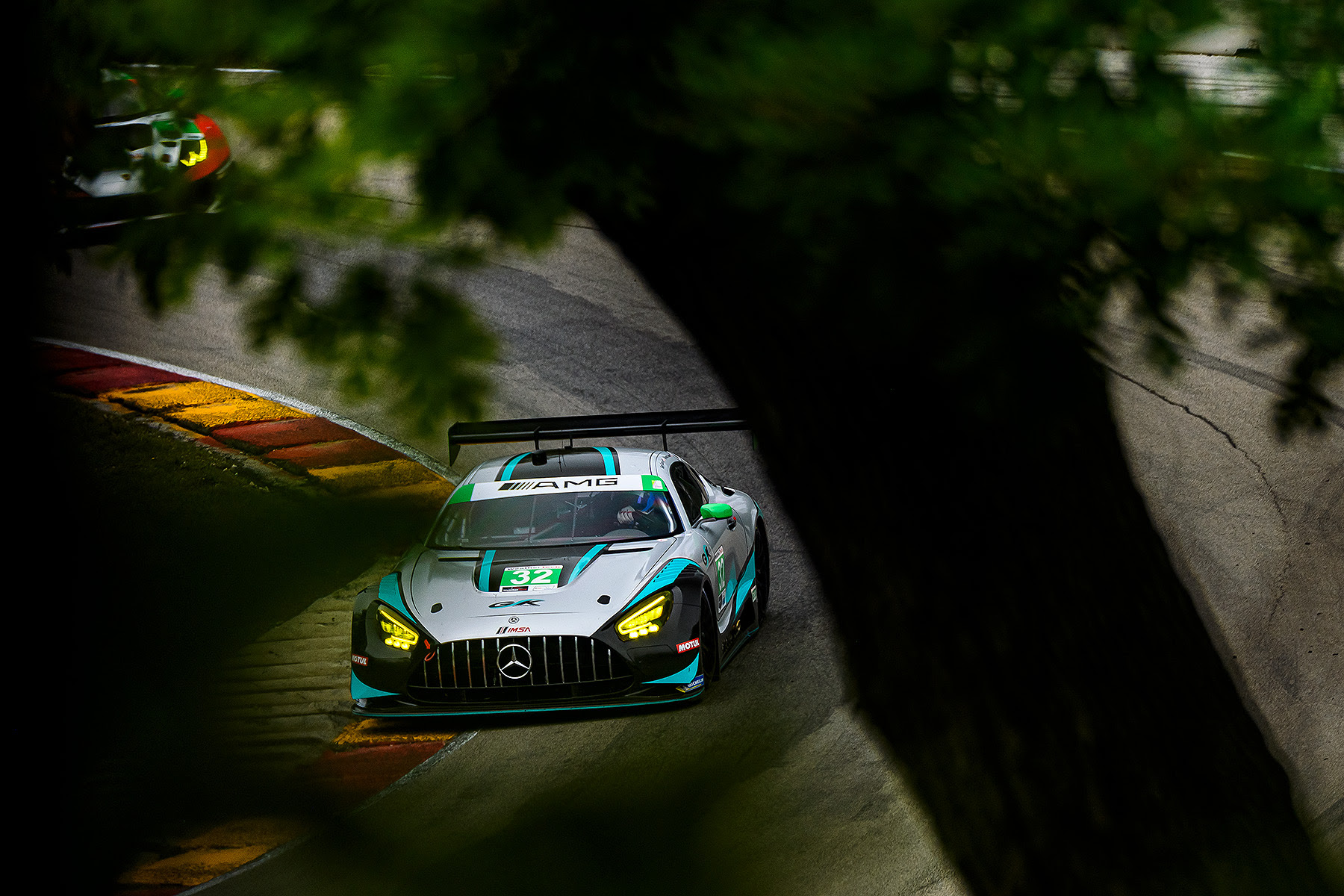 Lewis turned a lap of 2:09.990-seconds, battling tricky weather conditions on the historic four-mile circuit in the No. 32 Mercedes-AMG GT3 Evo co-driven by Guy Cosmo.

“I would have liked to have done better, but I’m happy with P-10 considering everything that’s been going on,” Lewis said. “We got to the grid just in the nick of time. We have been working to get our setup right. We went out there on slick tires, and unfortunately rain came on my hot lap. I managed to get a lap in, and that was good enough for P-10.

With IMSA’s new twin-tier qualifying for the GTD class, Lewis’ lap set the team’s position on the starting grid. Cosmo then went out for a second 15-minute session, which awards points for GTD competitors. Since the team is not racing for the championship, Cosmo recorded a lap of 2:19.128-seconds and parked the Mercedes. 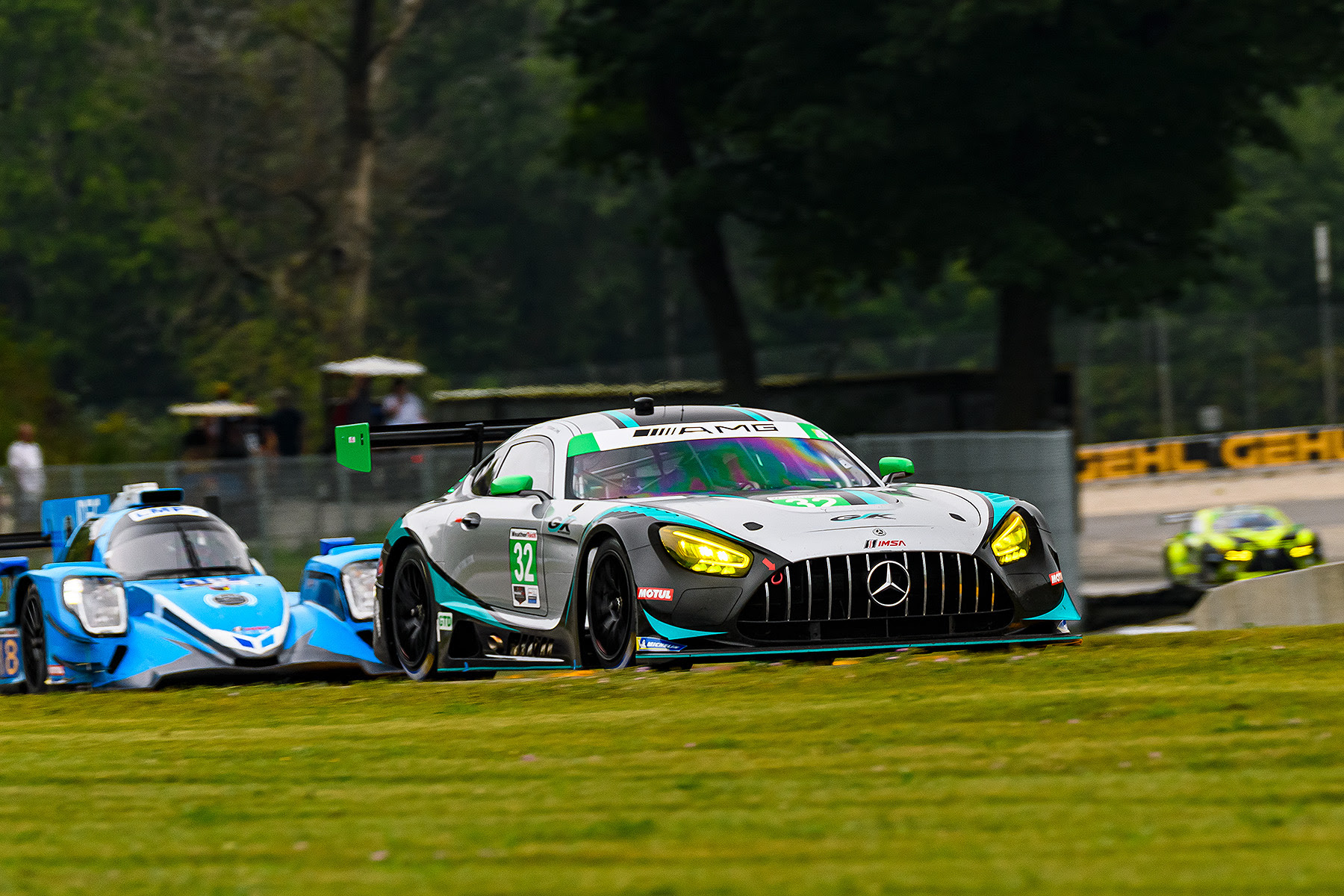 The Road America race will be streamed live on NBC Sports Gold Trackpass on Sunday, beginning at 1:40 p.m. The event will be televised that evening on NBCSN, with a three-hour broadcast beginning at 7 p.m. 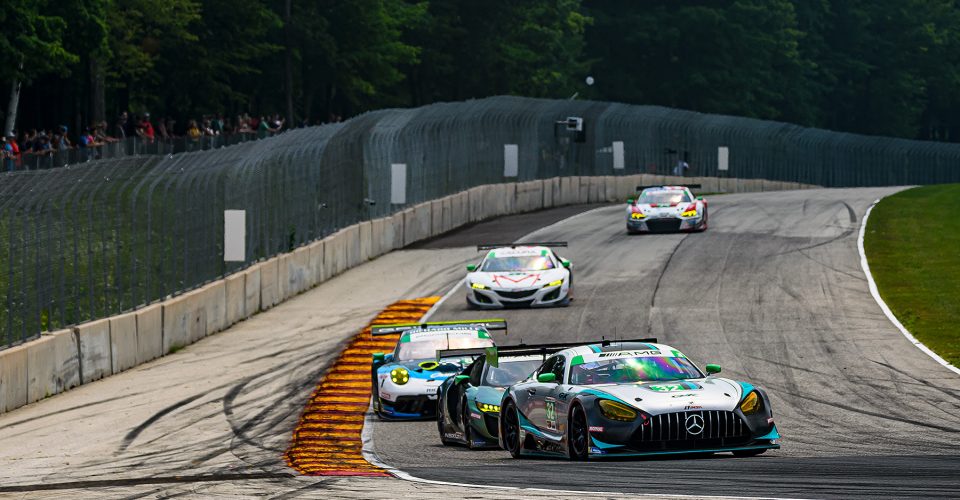 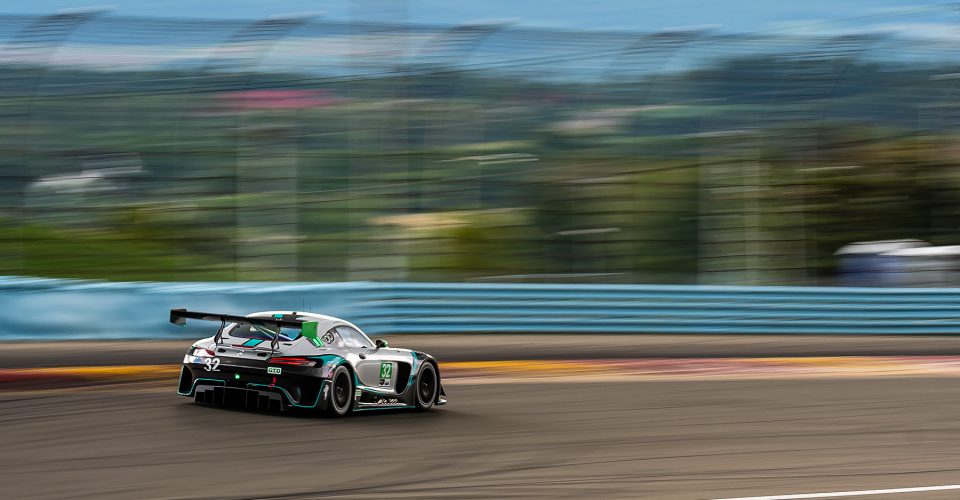 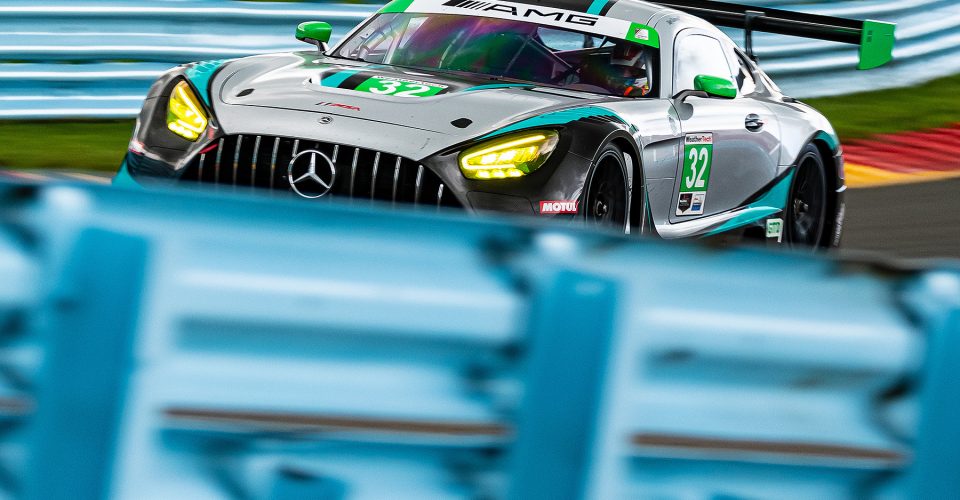