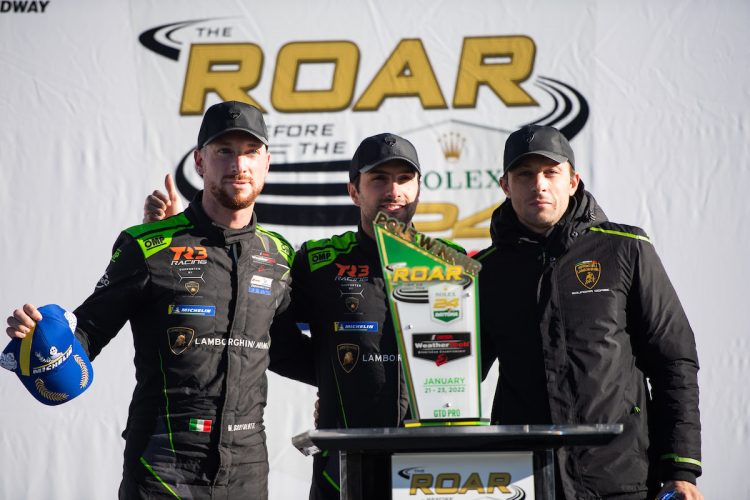 Driving the No. 63 Lamborghini Miami Lamborghini Huracan GT3 Evo,  Andrea Caldarelli and Mirko Bortolotti wrote a new chapter in IMSA history by scoring the first-ever GTD Pro class pro. The duo will be joined next weekend by Marco Mapelli and Rolf Ineichen in the 60th running of the Rolex 24. 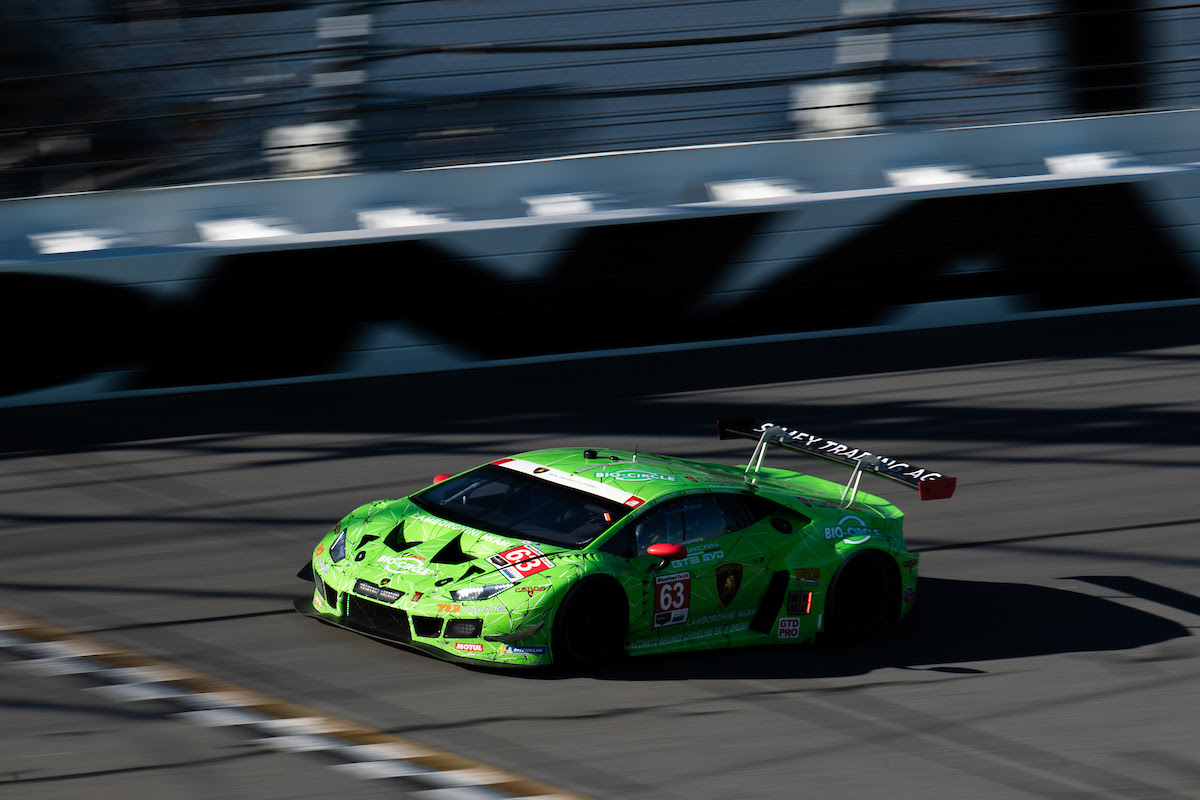 The car ran in podium contention throughout the event, with Bortolotti making a pass for the lead with 13 minutes remaining and holding on to win by 0.475-seconds.

“It’s great to start a week like this,” Bortolotti said. “It doesn’t mean much for the 24, but at least we have the best starting position. Great job by Andrea and the whole team. We’re happy for today, and now we’ll get ready for the 24-hour race. Traffic will play a very big role, and the more experience you have here will be able to help position yourself to get some benefit from traffic, That really helped me close up on the leaders today, and then to attack at the end. This was a really important race for the team, because they’re brand-new to this series. It’s great to have it the week before the Rolex 24.”

Andrea Caldarelli was third-fastest of the 13 GTD Pro cars in qualifying with a lap of 1:46.577-seconds. He ran fourth in the early going, and then worked his way to the lead by his pit stop. Bortolotti took third early in the final half hour, and then took the lead with 13 minutes remaining.

“I never started on the pole position for this race, so that’s definitely good,” Caldarelli said. “It’s also rewarding because this is a brand-new category – GTD Pro – and I’m very proud to get this victory for TR3 Racing. The car has many years in the pocket, so we’re working on the small things. We know we have a strong package, but we know our competitors are very strong, and that fact that P1, P2 and P3 were within one second definitely shows that.

“It was very nice to see so many GT cars out there,” Caldarelli added. “The first two laps were very fun, and I enjoyed them a lot. Today showed that it’s going to be a very, very close race, and very tough. It really doesn’t matter – GTD Pro or GTD – any one can win.” 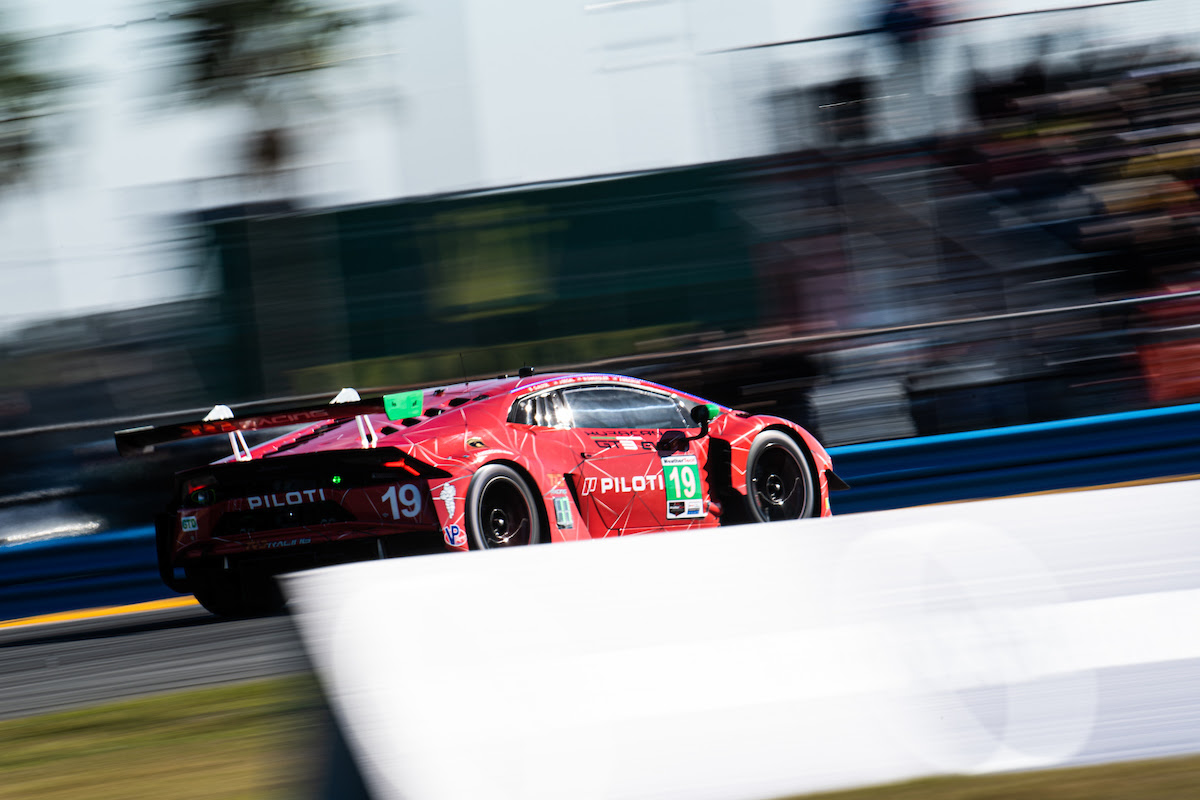 TR3 Racing is also fielding a contender in the GTD class. John Megrue and Jeff Segal finished 13th in class in the No. 19 Piloti Lamborghini Huracan GT3 Evo. Bill Sweedler and Giacomo Altoe also tested at the Roar in preparation for the Rolex 24. Megrue was 17th in Saturday’s qualifying with a lap of 1:58.809-seconds.

“It was an uneventful race, which was our No. 1 goal,” Segal said. “We know we have a good car; we also know we are new to a lot of the elements of this as a team together. A bunch of us have done this many times individually, but not as TR3 Racing. It was important for us to go out and do the race, do the pit stop sequences and make sure everything works together. I’m happy it went well, with no incidents. We’ll use this as a good jumping-off point for the race.”

TR3 Performance was founded by Arthur, Oliver, and Gregory Romanelli in August 2012. Frustrated with the rising costs and plummeting quality from local shops, the brothers saw an opportunity to establish a shop of their own that would live up to their high standard of excellence, where they could hold themselves to the caliber of workmanship they had sought out in the marketplace as enthusiasts. In 2015, TR3 Racing was established as the team stepped into racing at the professional level. What started out as a modest 2,300-sq.ft. enterprise has now exploded into the premier performance shop in South Florida. 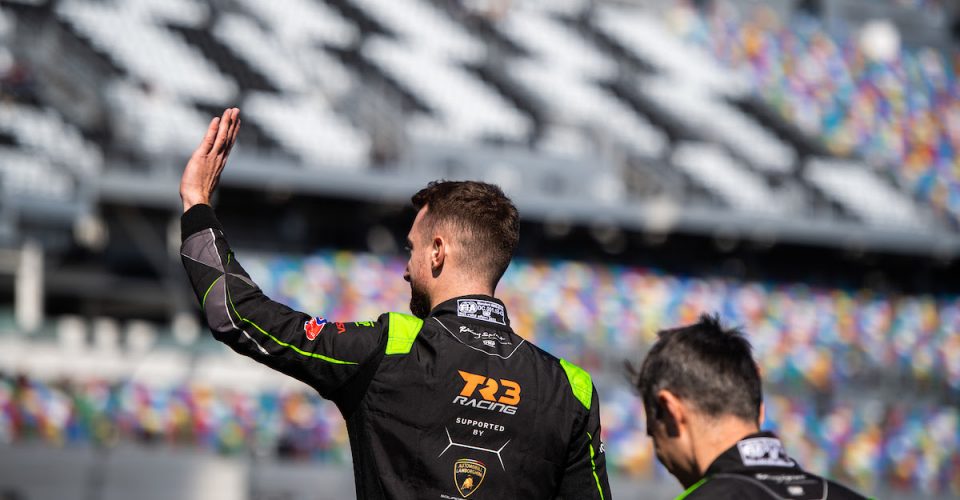 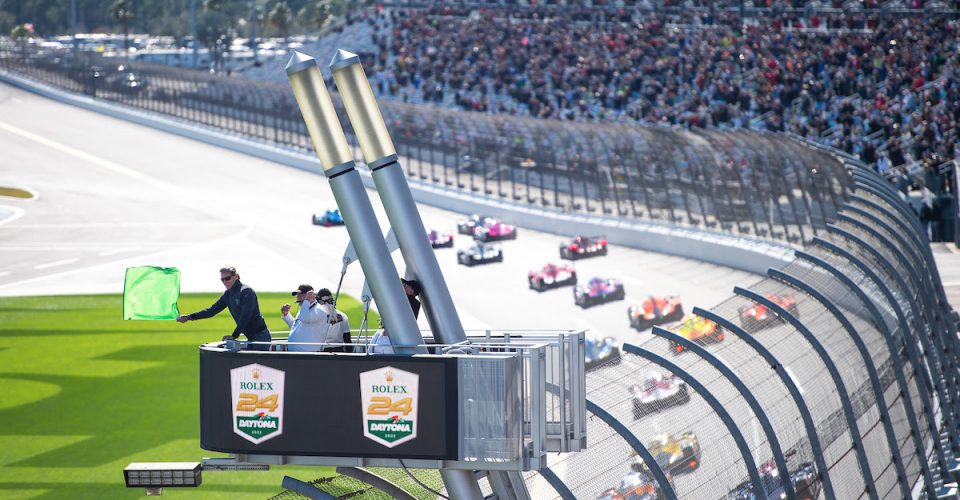