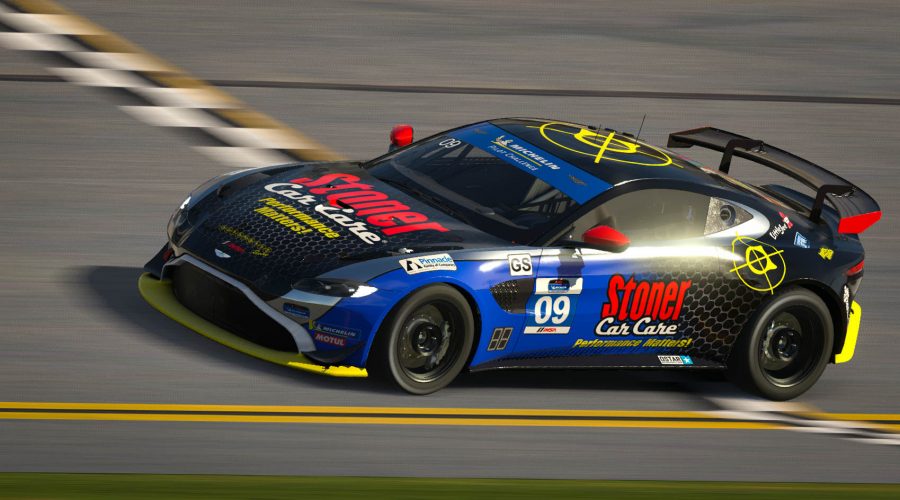 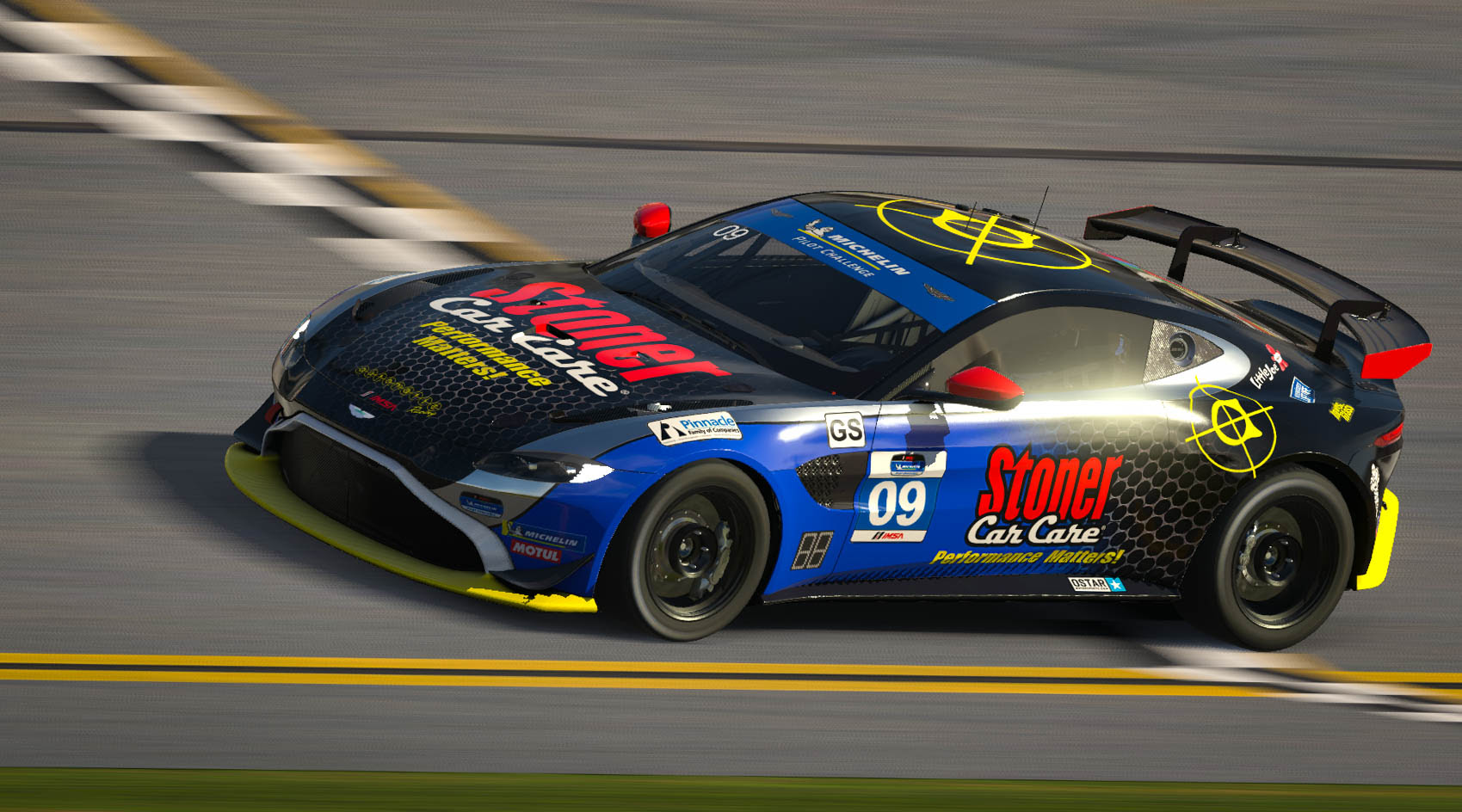 The latest build cycle for the extremely popular racing simulation platform brought a plethora of new tracks and cars to the program, including the No. 09 Stoner Car Care Aston Martin Vantage GT4 and the No. 99 Invisible Glass Aston Martin Vantage GT4, both from the IMSA Michelin Pilot Challenge. The Aston Martin Vantage GT3 has been featured on iRacing since 2014 but this marks the debut for the GT4 version. With over 200,000 subscribers on the platform, the liveries are built-in as an option for those downloading the capable new GT4 spec machine to their virtual garages.

The Aston Martin Vantage GT4 first broke cover in IMSA during the 2019 season, and has had a strong competitive presence in the Michelin Pilot Challenge paddock ever since.

During the summer of 2020, a team of photographers and sound engineers from iRacing descended on the Automatic Racing shop on the north side of Orlando. Painstaking efforts ensued to ensure that the sound and picture quality of the two Aston Martins was as realistic as possible. The iRacing crew returned to the shop several times through the summer to make sure they had the cars photographed in every possible configuration, down to the most minute detail.

“It was definitely a process, all the legwork they did to nail it down properly,” said Automatic Racing team manager David Russell. “They took a lot of photos from many different angles, all around the car – we put it up on the lift so they could film under the car, as well as under the hood. They did photos of the wheels, took the tires off and got photos of the suspension. Then of course, they recorded a good deal of engine sound and exhaust sound so they could get that properly dialed in. You can really hear that on the game – the shifts, everything. The sound is spot on.”

For driver Rob Ecklin, Jr., it’s a positive on two levels – both as driver of the No. 09 Aston Martin and as the President of Stoner Car Care. Ecklin, like other GT4 racers, has long used a GT3 car that had somewhat similar handling characteristics to the Aston Martin GT4 when working on pre-race prep, so the fact that there are now several GT4s available is a huge bonus – especially when two of them are your company’s own branded cars.

“This is so special,” said Ecklin, from Lancaster, Pa. “From a business standpoint, there are so many people on iRacing which means many new eyeballs on our products so this is great exposure. The amount of detail is amazing: it’s an exact duplicate. It’s so realistic that people have asked if I was driving the car in the video clip iRacing put out when they announced the cars! It’s quite different to be driving my car in a sim format but once I changed brake bias and traction control settings, the times I got to on the Sebring sim were very close to the times I did on the race weekend. So that’s a great tool going forward.  I’m very thankful to iRacing for including us and to Automatic Racing for seeing it through.” 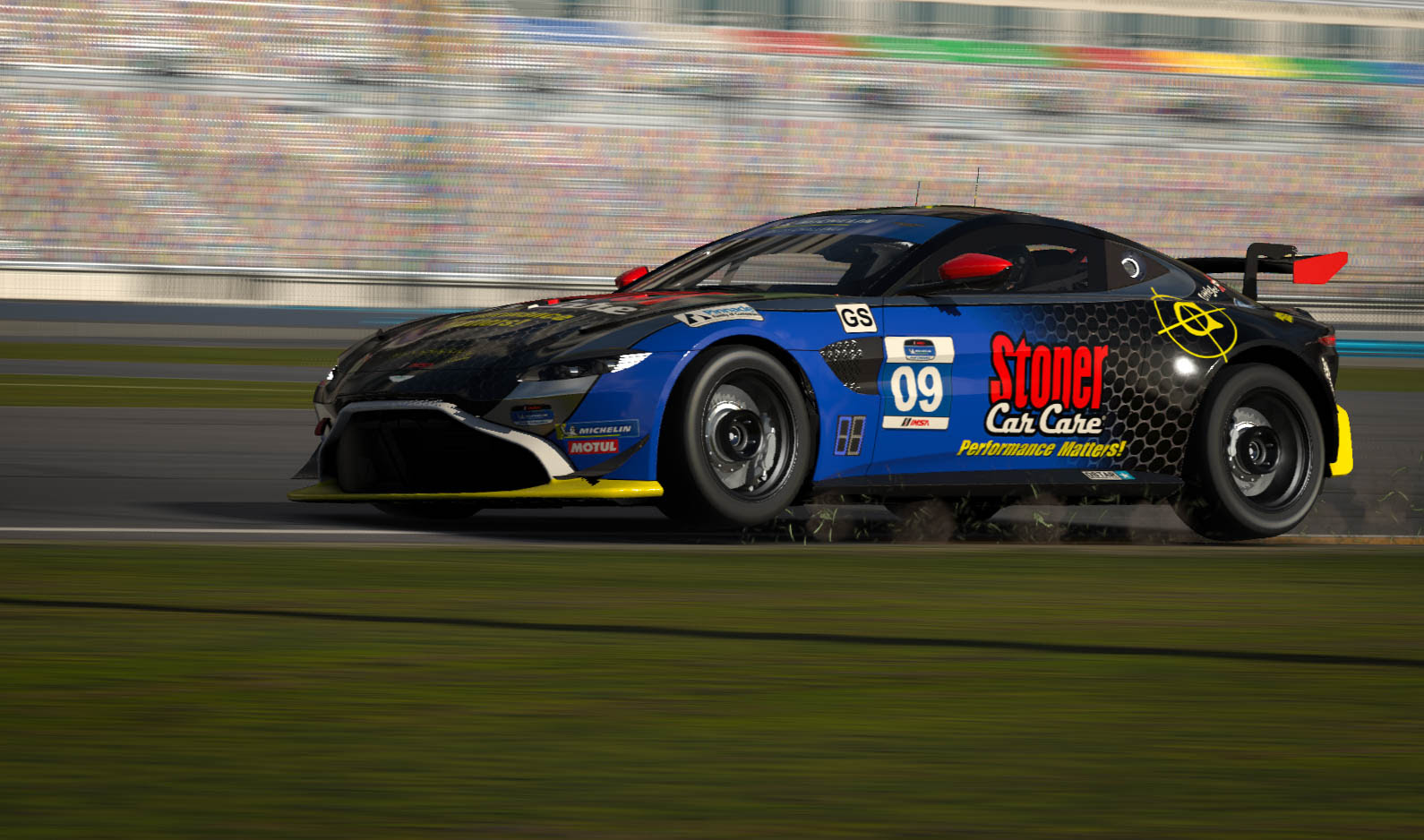 The offering underscores iRacing’s long-running relationship with IMSA. The ground-breaking sim offers every track on the IMSA schedule, with scores of options to utilize IMSA equipment through a wide range of classes and categories. But no matter what model users select, the fidelity is a key component.

“Everyone on our end who has driven the car on iRacing have all commented about how close it is to the real deal, from looks to handling,” said Russell. “I’m getting all kinds of emails and texts from people all over the world who are really impressed. It’s very cool, to see Stoner Car Care represented on iRacing.”

Next up for the non-virtual Stoner Car Care Racing Team will be the FCP Euro Northest Grand Prix at Lime Rock Park, July 16th. 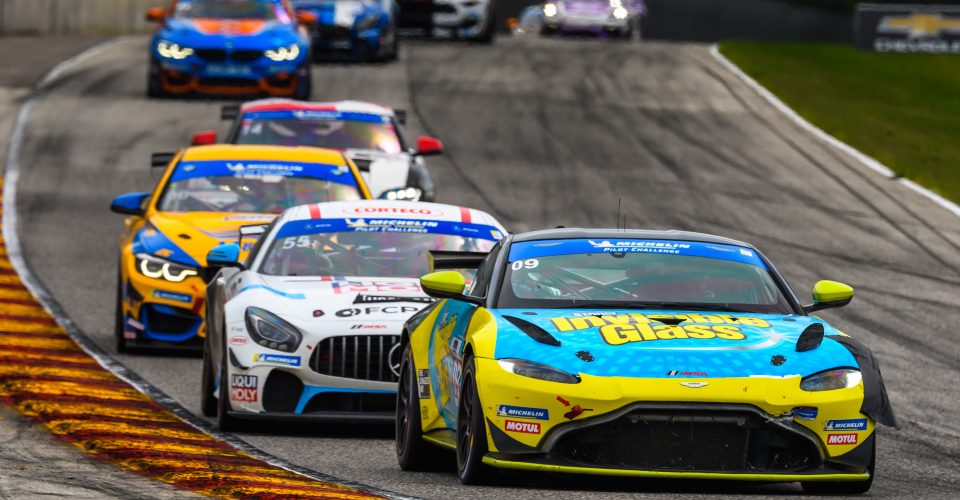 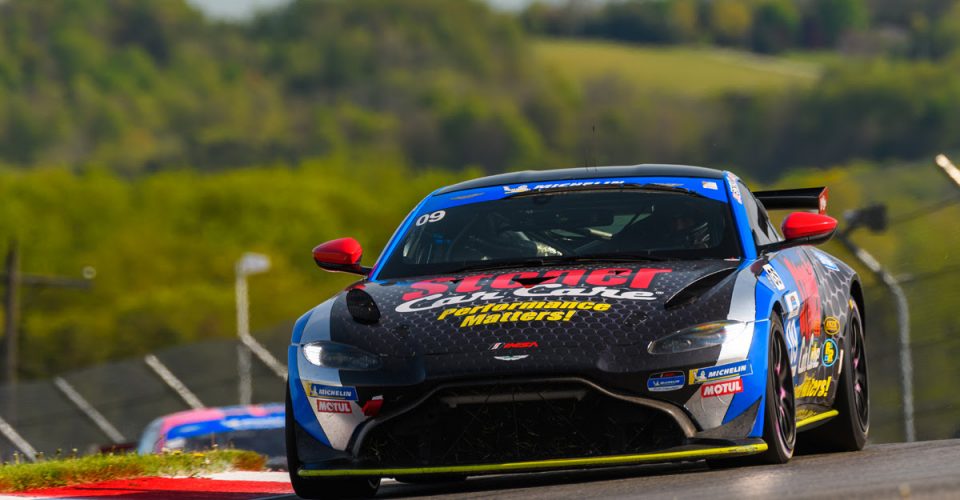 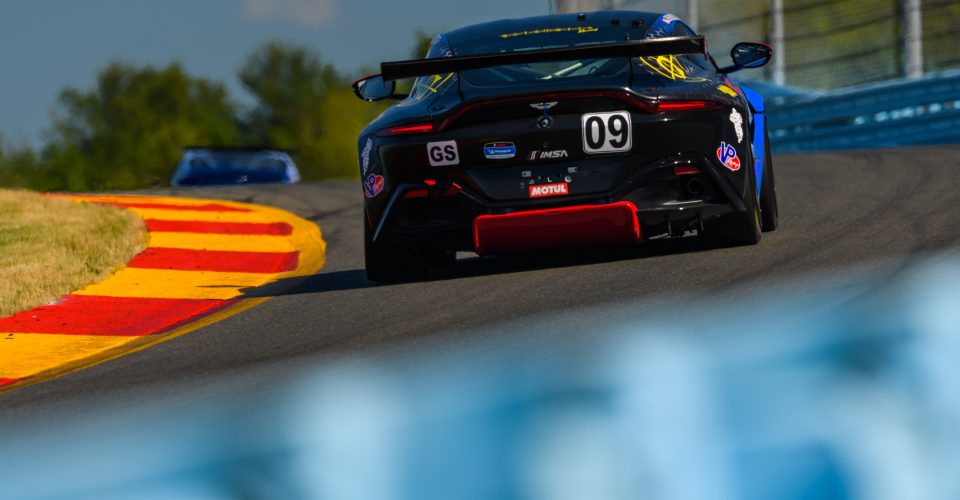