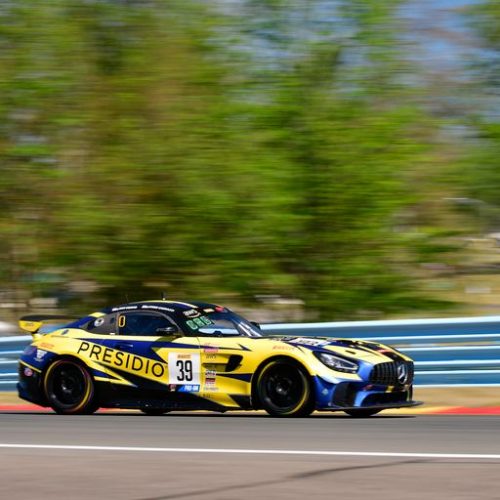 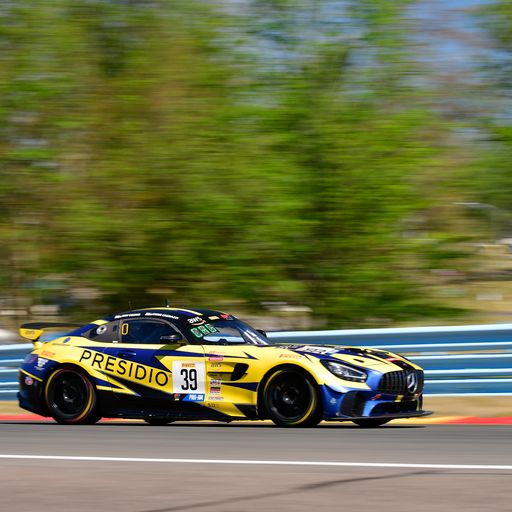 WATKINS GLEN, NY (25 July 2022) – Falling behind the eight-ball early in the weekend with a disappointing showing in qualifying, Steve Cameron Racing’s Guy Cosmo and Chris Cagnazzi fought back to take a pair of competitive finishes in Pirelli GT4 America action at Watkins Glen International.

The pair finished fifth in the Pro-Am class in Saturday’s race driving the No. 39 Presidio / Hero Life Mercedes-AMG GT4, and placed seventh in Sunday’s contest – an impressive turnaround after Cagnazzi qualified eighth in the Pro-Am class and 17th overall for Saturday’s one-hour race, while Cosmo was 10th fastest in class and 17th overall in time trials for the Sunday event.

“I don’t know why, but we just tanked it in qualifying,” Cosmo said. “The car was not good. We started to struggle at the end of the first day. We were really quick in practice one and we were doing well, but then we lost our way set-up wise. That was all we had in qualifying for both Chris and I. We made a ton of changes to the car, and we were really good come race time.”

Cagnazzi got up to seventh by the end of his stint on Saturday. Cosmo was 11th in class at pit stops midway through the event, and fought his way up to fifth with 12:35 remaining. Battling his way in a tight-battle among the second- through fifth-place cars, Cosmo placed fifth in class and eighth overall in the 33-car field. 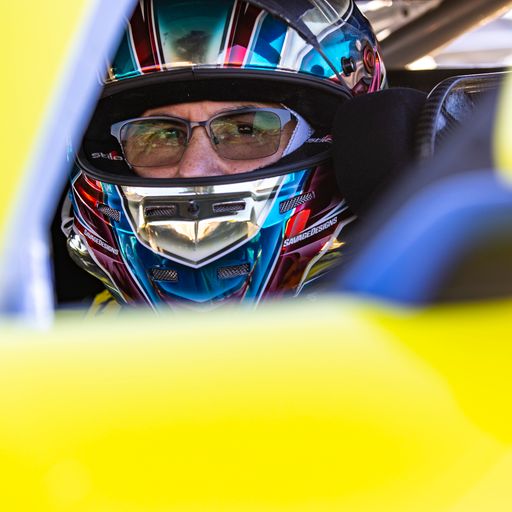 “We drove through the field and got to the top five,” Cosmo said. “We were really pleased with our performance. Our turnaround is a huge testament to these guys. I keep raving about Steve Cameron and his crew. On a weekend with limited track time, you rarely get a chance to turn your weekend around if it isn’t going well, and we were able to race great and be competitive.”

Cosmo led off in the Sunday race. Starting 17th overall and 10th in Pro-Am, Cosmo only had 10 minutes of racing time as a pair of yellows kept the Presidio Mercedes behind the safety car for much of his stint.

Cosmo was up to seventh before pit stops. Cagnazzi retained seventh when he took over with 18 minutes remaining. He held that position, and was fighting for sixth at the waving of the checkered flag, missing the position by 0.030-seconds.

“Today was the same as Saturday,” Cosmo said. “I started even further back and was able to pick up nine or 10 spots, and wound up with a pretty decent finish. On that last lap, Chris was short by just a few feet of getting sixth.

“We’re coming out of here with smiles,” Cosmo summed up. “The racing was clean and respectable. It was even more rewarding than our fourth-place finishes this season, because this weekend, we were in the mix. We were strong enough to be there. Now, we’ll get the car prepped up for Chris’ race at Nashville in GT America. 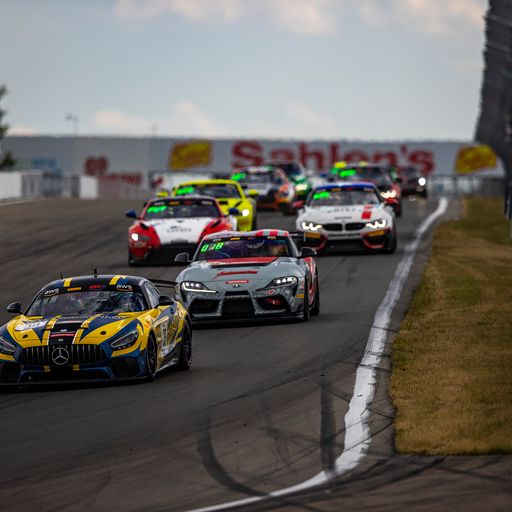 Cagnazzi also raced the No. 39 Cameron Racing Presidio /Hero Life Mercedes-AMG GT4 in a pair of GT America powered by AWS sprint races. He finished ninth in the Saturday race, while failing to finish the Sunday event, placing 16th.

The two drivers will be competing in Nashville in two different series in two weeks. Cosmo will be making his second start on Saturday, August 6, in the Big Machine Music City Grand Prix, featuring the Trans Am by Pirelli TA2 competitors. He will drive the No. 89. 3-Dimensional Services Group Ford Mustang. Cagnazzi will race in two rounds of the GT America series, on Saturday evening and Sunday morning.