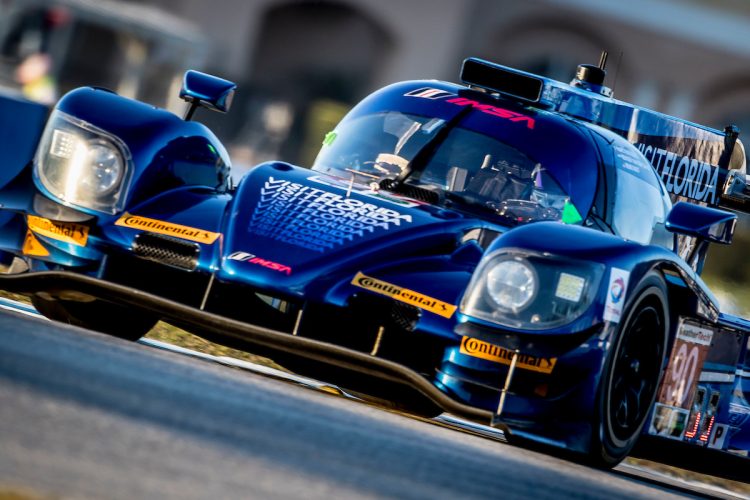 Sebring, Fla. (18 March 2017) – Following an impressive debut in Daytona that produced a podium result with the team’s brand new No. 90 Gibson-powered Riley LMP2 machine, VISIT FLORIDARacing faced disappointment in Sebring for Round 2 of the 2017 IMSA WeatherTech SportsCar Championship. Electrical issues forced the Daytona Beach-based team behind the wall of the challenging road course twice during the 12 hour event, but perseverance saw the squad take the checkered flag in sixth position.

With a crowd of VISIT FLORIDA guests on hand to cheer them on, the familiar Daytona podium-scoring trio of Marc Goossens, Renger van der Zande and Rene Rast did battle around the oldest road course in North America. After qualifying on the fifth row, van der Zande took the green flag of the 12 hour endurance classic and immediately posted competitive times.

The Netherlands native completed his first stint after working his way into third place before pitting just before the two hour mark to cede the controls to Goossens.

“The start was good, I moved up a few positions and the pit 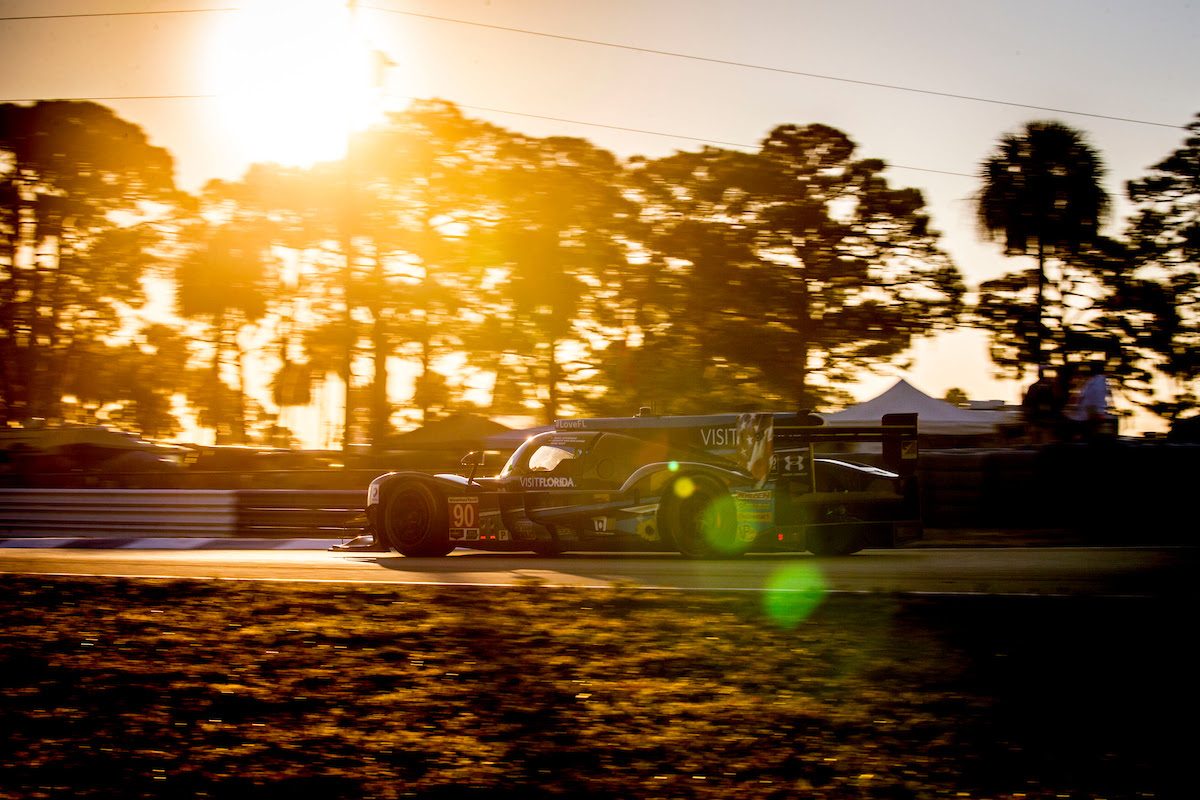 stops ran really smoothly,” explained van der Zande. “We were able to gain positions in the pits and at one point I was up to third place overall. Then we got out of a caution period and I was able to follow the Cadillacs for five or six laps but then they started to creep away. So we are still missing a bit of speed, but at least we are racing. It is very encouraging to see that we are able to race. However we had a bit of a reliability issue today so if we can just combine both speed and reliability then we will be moving forward so that is good. The good news is that the car seems to behave really well in traffic. It’s great at overtaking and you can brake reasonably late so that is very good. So we will take what we have learned here and move forward.”

Just over 30 minutes into his stint, Goossens noticed an issue with the Gibson Riley machine. Struck with an ailing throttle and forced behind the wall for repairs, the VISIT FLORIDA Racing Boys in Blue made quick work of fixing the issue and Goossens returned to the track with over eight hours remaining in the race.

Excellent driving from the VISIT FLORIDA Racing sophomore driver saw Goossens right back up to pace quickly as he ticked off laps and gained positions before handing the LMP2 machine over to Rast. 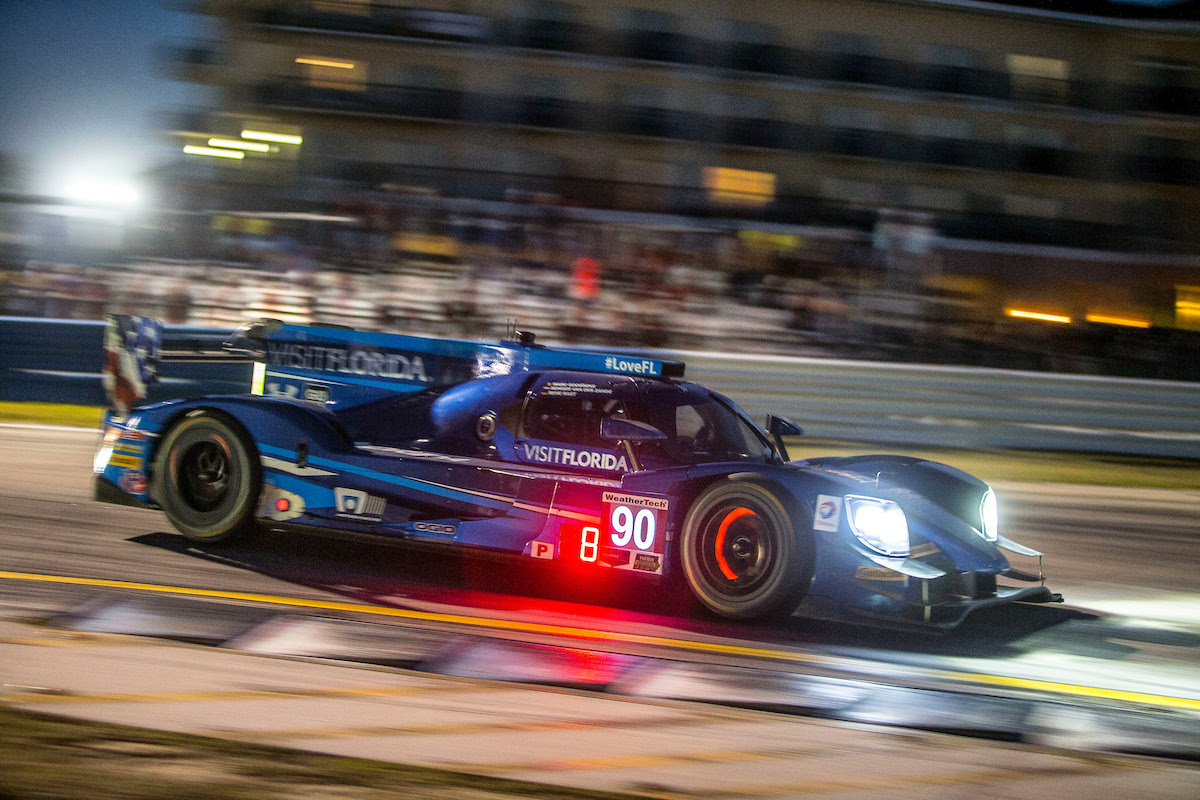 “After we fixed the issue with the throttle I was able to get back out there and set a pretty good pace,” said Goossens. “We wanted to try and survive two stints on one set of tires to make up a bit of time, so I wasn’t leaning on the tires full maximum from the beginning because I was trying to maintain them. And the tires were actually pretty good at the end of my first stint, but then heading back out with a full fuel load I realized pretty quickly the car was a bit too heavy for that on older tires although they held up pretty well. So we lost a bit of time but at least we were able to try something and learn something more about the car and how everything works. Regardless of any issues today though I think the team did a really great job. Renger (van der Zande) was out there in the beginning without issues and in the pits we were able to jump ahead of a few cars. So I think the team was functioning really well and Renger set a great pace at the beginning. So this is just part of the learning curve with this new chassis, as we are learning how to get both speed and reliability. But I am really pleased with how the team worked today and how they approached everything so we will take everything we have learned today and apply it to the next one.”

Though Rast showed similar pace as he made his first race laps from seventh position, the trip behind the wall had put the #LoveFL machine laps down to the leaders and unfortunately left him incapable of threatening for a second consecutive podium with the team.

“When I got in for my first stint we were already quite a few laps down,” detailed Rast. “So there was no need to really take any crazy risks, so I just tried to stay on track and do the best I could. Unfortunately another issue took us back behind the wall again and put us even further back, but every hour on track counts to develop and improve the car so we treated the rest of the race like a test to do some setup on changes and see how the car reacts. The guys did a really great job today though, they all worked really hard to get us out there and keep us out on track so a huge thanks to them!”

Despite the electrical issues, the IMSA veteran team showed what has given them so much success in their 14 seasons; absolute perseverance. The Boys in Blue proved relentless in diagnosing and repairing the VISIT FLORIDARacing machine and provided the team with important championship points as the team finished the endurance race, fighting for position to the checkered flag.

“This was a disappointing result for a weekend in our home 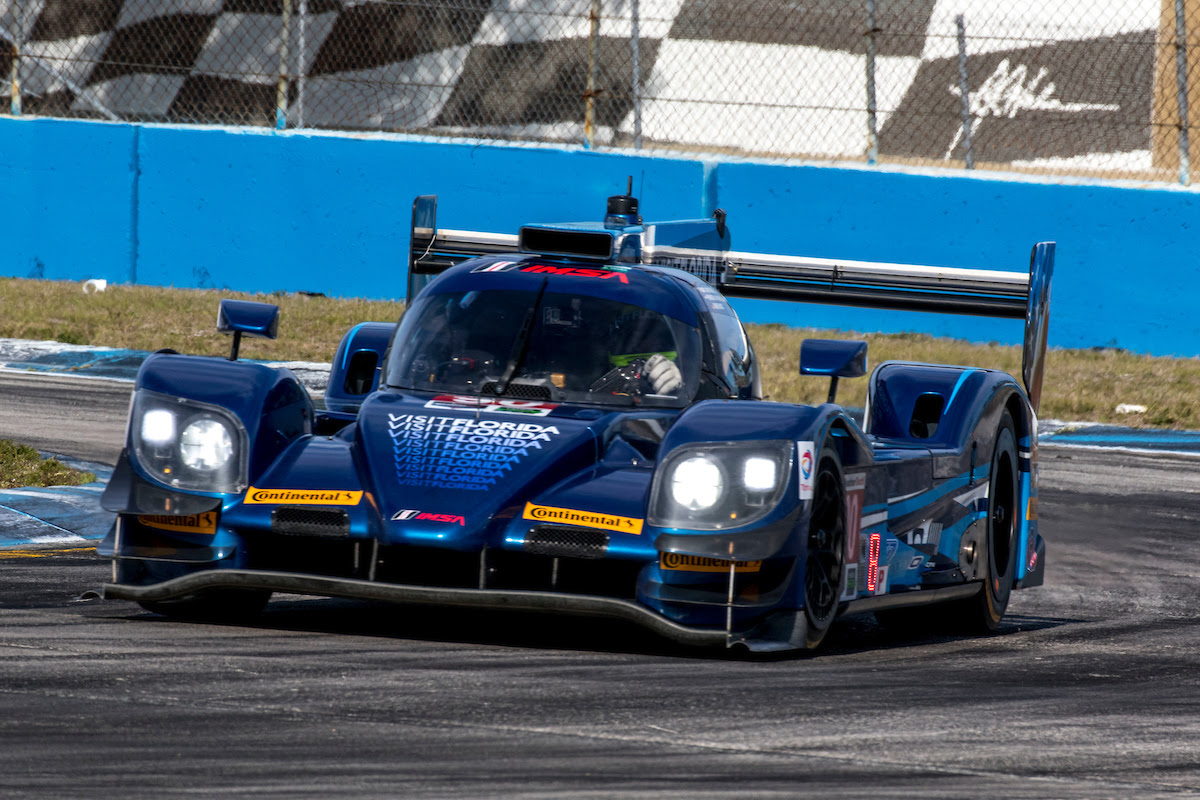 state after putting so much effort into it, said team owner Troy Flis. “We are struggling to find speed in the car and then having problems that are out of our control, it’s tough as a team to keep racing when these things out of our control keep happening. It is challenging, but that’s why we do this sport. We will put our heads down and keep working at it. We have a way to go to catch these Cadillacs, but I know we can get there. I couldn’t be happier with the crew though. We have the best crew in the paddock, they put their heart into this and that is a big thing for me and that’s why we do this. I would love for them to be able to get the wins they deserve so we will just keep digging.”

The team now looks forward to traveling to the West Coast as the team will next be in action at Long Beach on April 7-8.