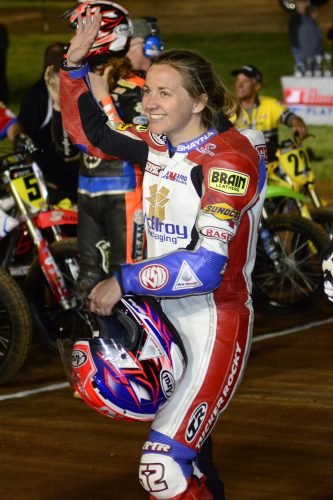 PHOENIX, Ariz. (May 11 2017) – After over a month long break in race action, Richie Morris Racing (RMR) will be flat out with five American FlatTrack races set for the next four weekends. That furious run will kick off this weekend with the Law Tigers Arizona Mile Presented By Indian Motorcycle at Turf Paradise in Phoenix, Ariz. on May 13th. 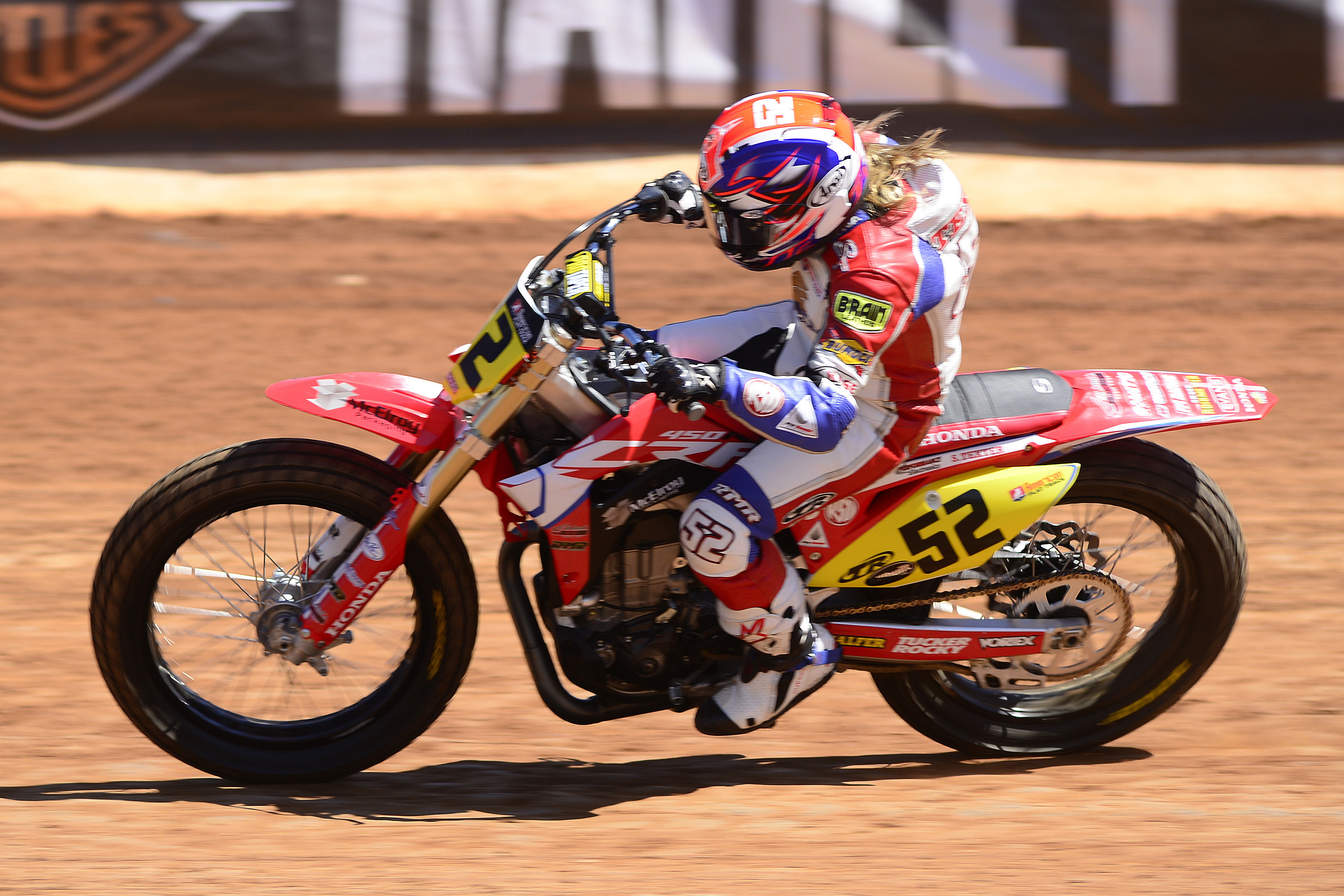 Looking to make the most of the break and be prepared for a key series of races, RMR spent extra time testing with team riders Shayna Texter and Jarod Vanderkooi.

Texter will be looking to extend her streak of podium finishes aboard the No. 52 RMR McElroy Packaging Honda CFR450R that also carries support from American Honda, Al Lamb’s Dallas Honda, Tucker Rocky, Performance Electronics, ProTaper and Roland Sands Design in the AFT Singles class. With a strong record on the big mile tracks, Texter is hoping to convert the lessons learned in the opening rounds into some positive championship momentum through an important segment of the season. 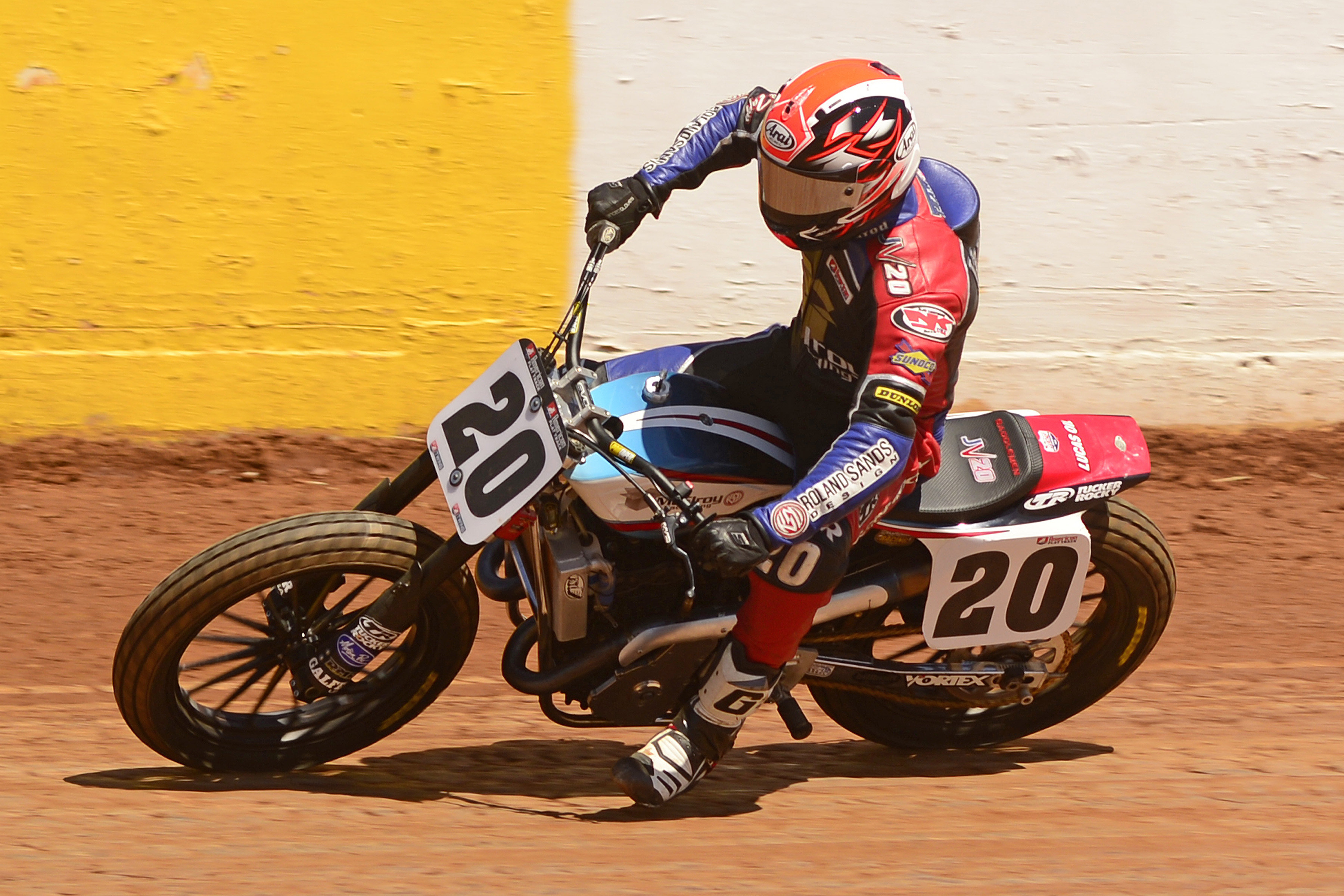 “I am really excited to get back to the Arizona Mile with my brand-new 2017 Honda CFR450R,” said Texter, who finished third in the recent Harley-Davidson Charlotte Half-Mile after placing third in the Atlanta Short Track at Dixie Speedway. “The team has worked very hard on our entire program during the break following Charlotte and I’m excited to see how that translates to our on track performance and results.”

In preparations for the next four races taking place on mile tracks, the team took advantage of the break in the schedule by testing with both riders and several bikes at a mid-west dirt track.

“Looking at the upcoming schedule we felt it was important to go into the Phoenix race as prepared as possible not just for Phoenix but also Sacramento, Springfield and Lexington,” said Team Principal, Richie Morris.“The testing we did was very important for not only finding more speed for Shayna and Jarod but also fine tuning of our ability to react to the constantly changing environment of AFT Flat Track Racing. AFT recently announced new sound limit rules. Whenever a series makes rule changes during a season, the teams that are able to adapt quickest, can sometimes get an advantage. Shayna, Jarod, our Team Manager, James Hart and the entire RMR team have certainly put in the effort, now it’s time to go to the race tracks and see how well we can convert that hard work and preparation into positive results.” 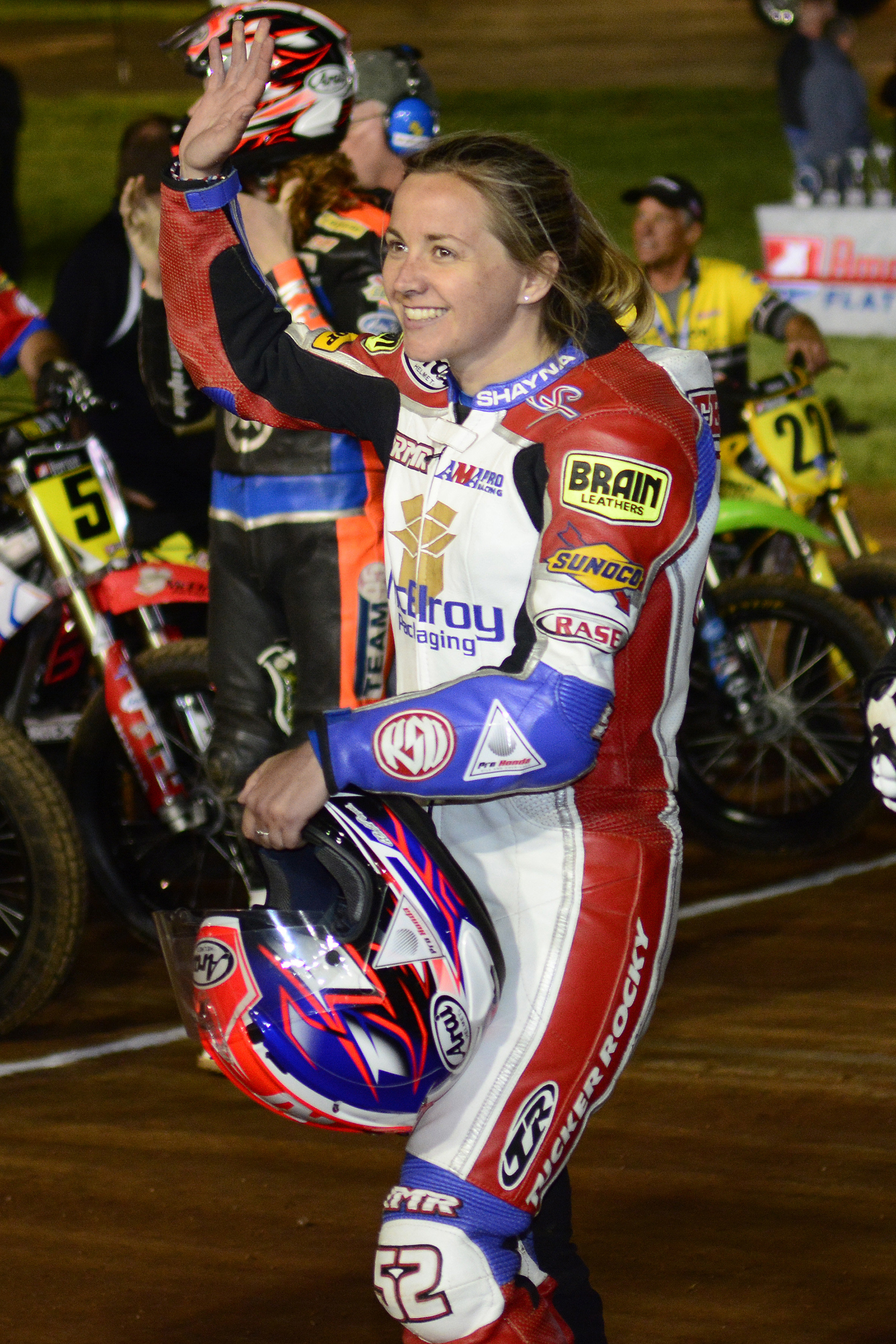 Morris is looking forward to the stretch of Miles for the AFT Twins, which continues with the Sacramento Mile on May 20; the Springfield (Ill.) Mile on May 28; and the Red Mile in Lexington, Ky., on June 3. The AFT Singles will run a TT event in Springfield on May 27 during that stretch.

“We’ve got four races back to back, so we’ve got a bunch of Twins ready for Jarod (Vanderkooi), and we’ve got Shayna two Honda rockets,” said Morris. “She’s won at Sacramento before, so we’d love to pull away with the win at both Phoenix and Sacramento.”