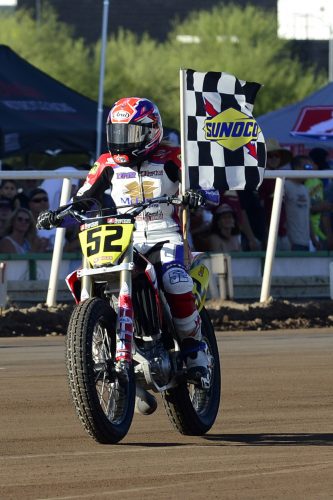 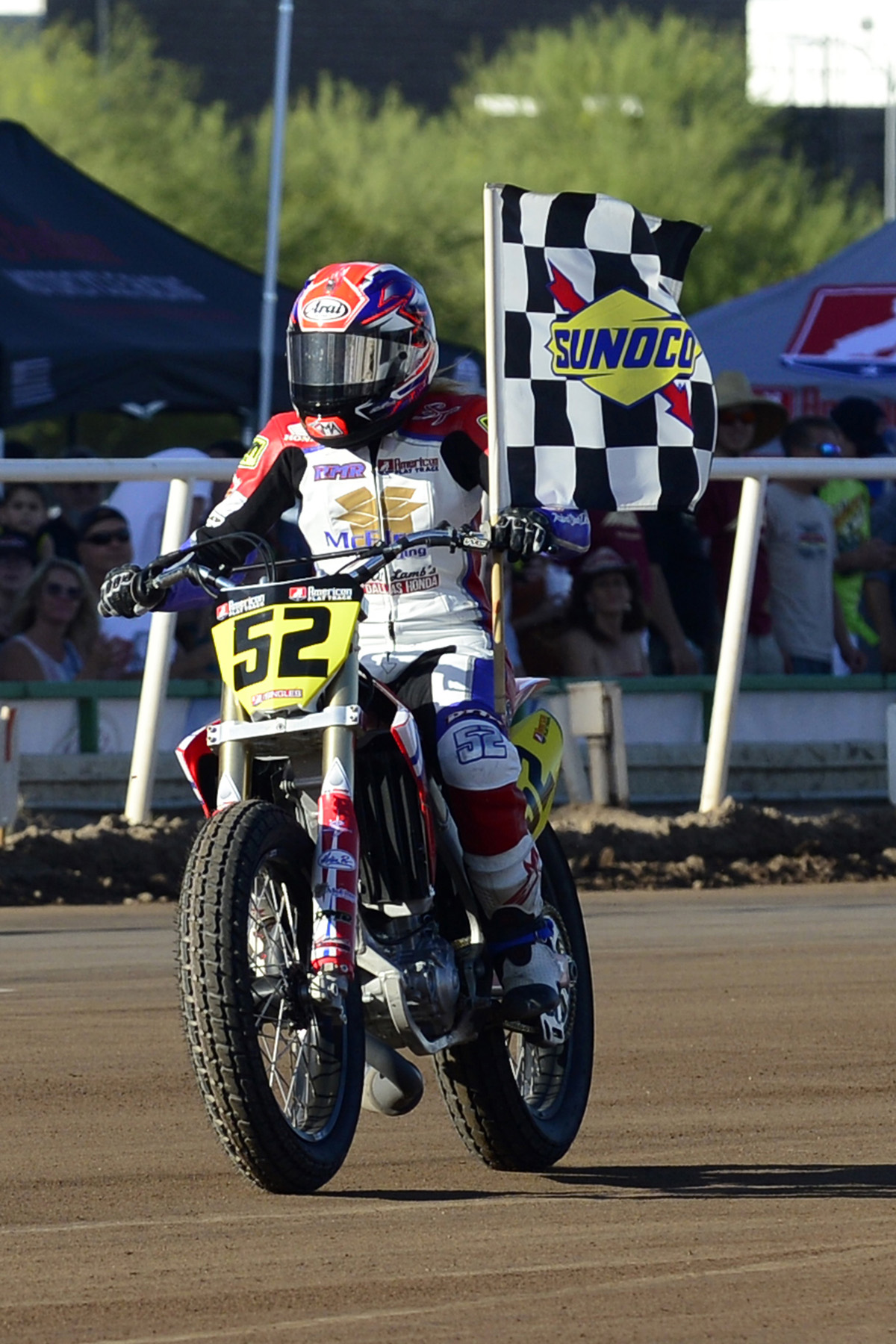 The winning result is the third consecutive podium finish for Texter, who has now moved to the lead of the 2017 American Flat Track Singles championship standings with four rounds in the books – becoming the first woman to lead the championship. 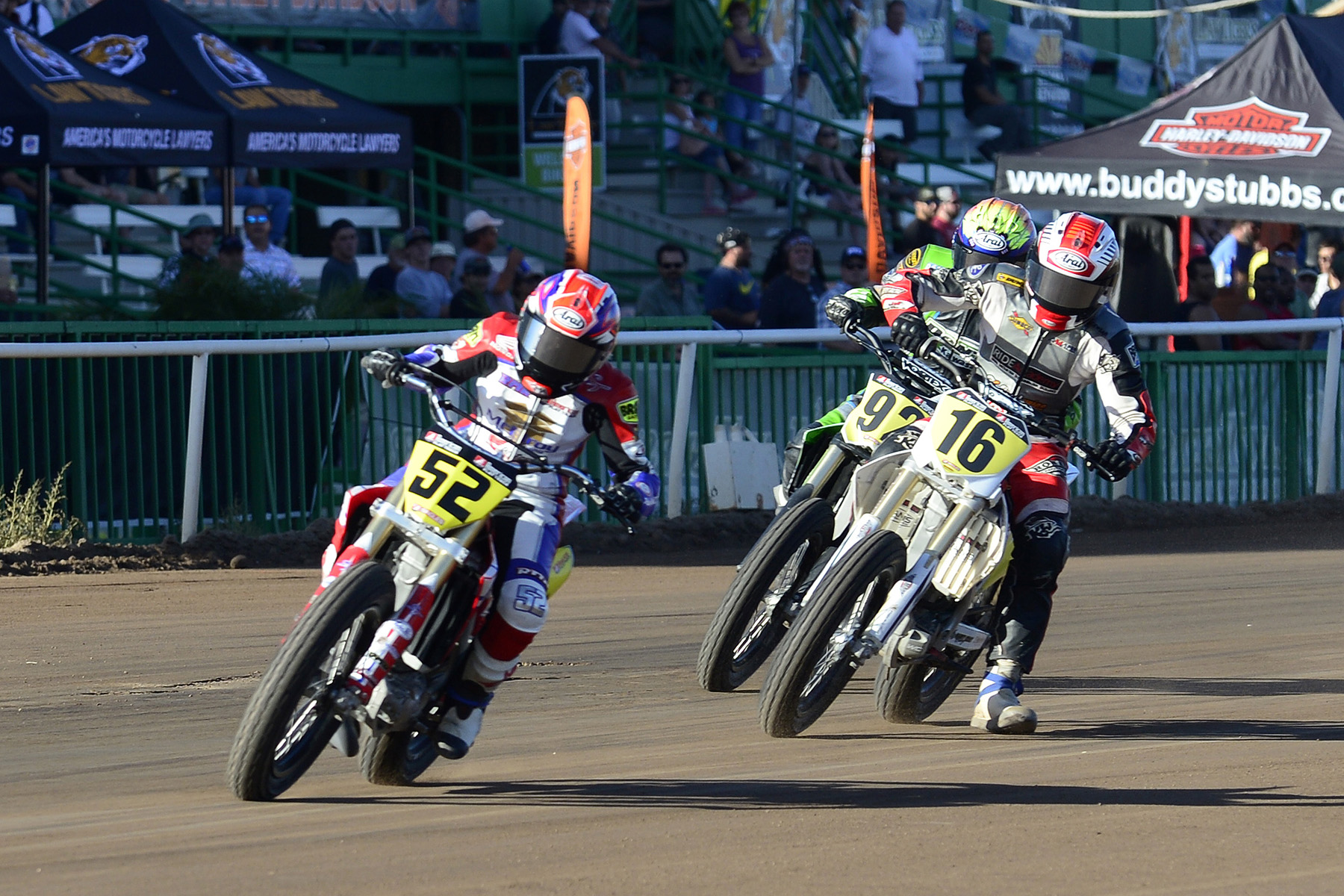 “It was a long 15 laps,” said Texter, who had to find speed on a track that was changing every lap. “I just tried to stay smooth and make as few mistakes as I possibly could. I knew those guys were on me; I could see them in my shadow going down the back stretch. Having those two bikes challenging me every lap pushed me to dig a little deeper and go a little bit harder! It’s been a rough couple of years, but it’s great to finally ride a motorcycle that’s stable and allows me to show what I have under the helmet. It’s awesome!” 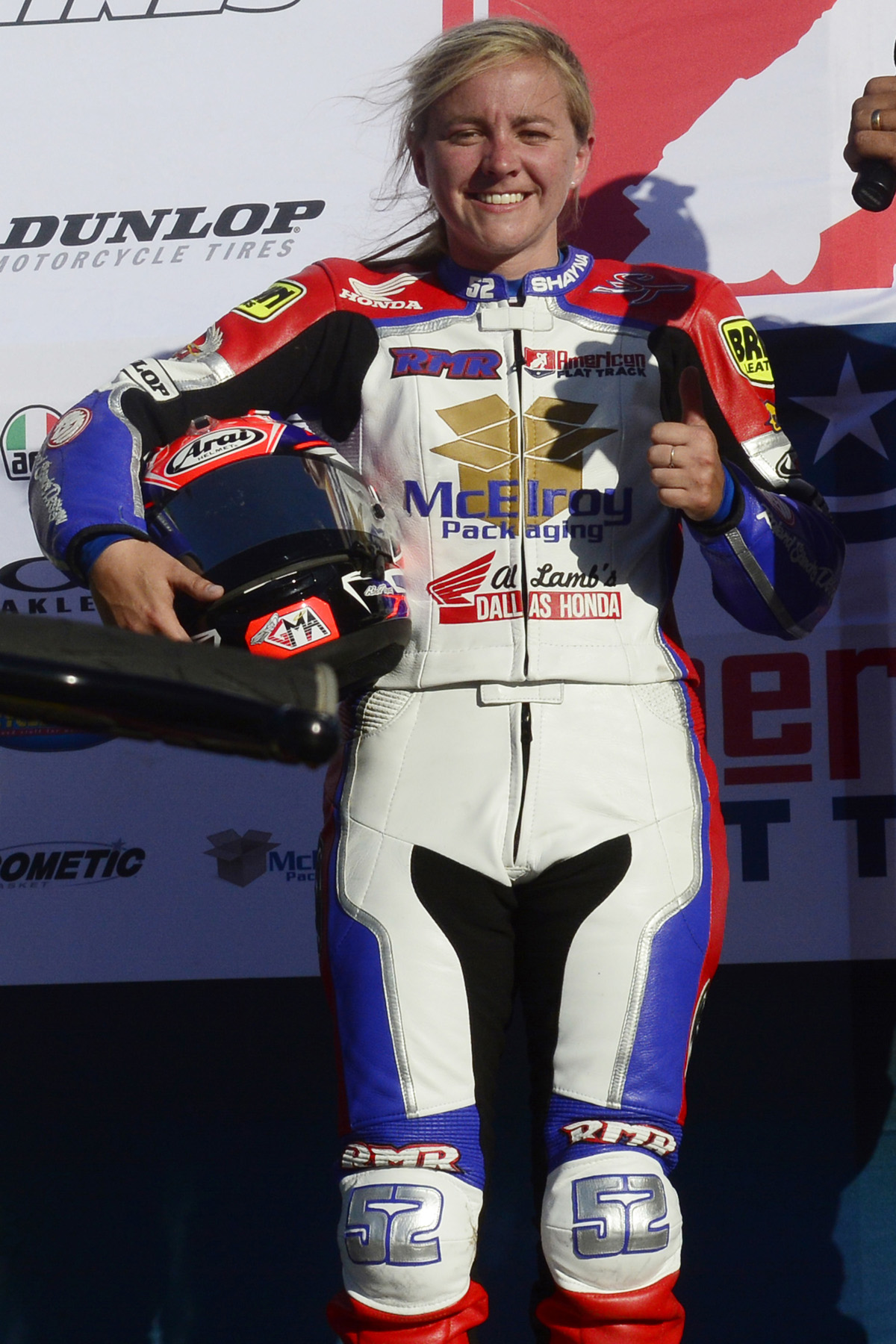 The run to victory lane for Texter was the result of a determined run to the finish, and capped a remarkable journey for her Honda 450 as well, having sat on the Al Lamb’s Dallas Honda showroom just a few months back.

Despite a tough start to the year in Daytona, Texter and the RMR squad has kept its focus forward and will continue to do so with the support of American Honda, Al Lamb’s Dallas Honda, Tucker Rocky, Performance Electronics, ProTaper and Roland Sands Design, and will look to continue her hot hand again next weekend on another one-mile event in Sacramento.

“I’ve had a lot of good success at Sacramento and hopefully we can get back up (on the podium) there next week,” said Texter. 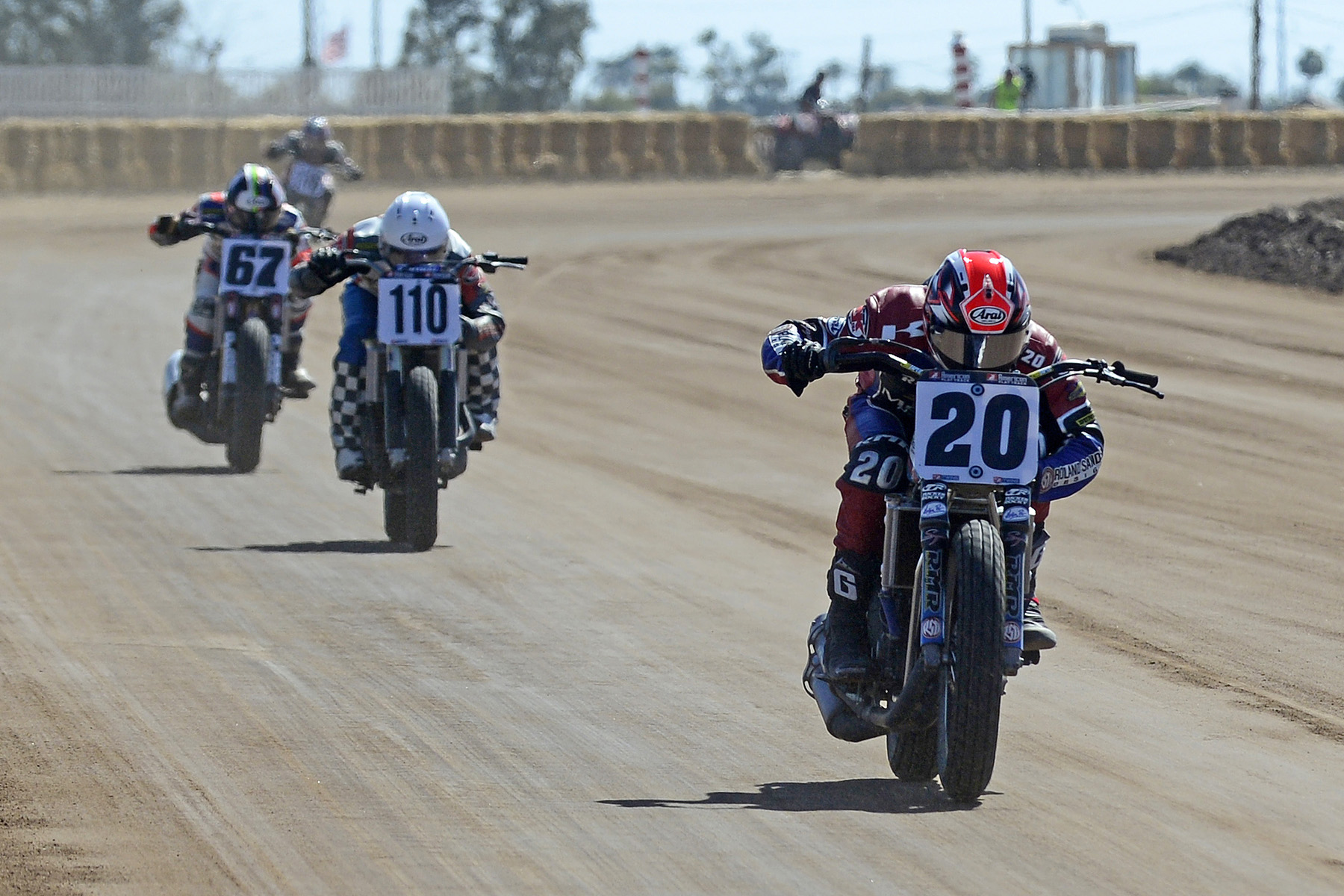 The evening closed with the AFT Twins feature, which saw RMR rider Vanderkooi come home fifth aboard his No. 20 RMR 650 Twin that is sponsored by McElroy Packaging, Tucker Rocky, Roland Sands Design, ProTaper and Performance Electronics. The fifth place run matched Vanderkoi’s best result of the season so far (Dixie Speedway), and now has the young American fourth in the current AFT Twins standings, another testament to the progress that RMR has made in the last 12 months.

“Shayna had her hands full, seems she had to fight off challengers almost every lap. I believe this race was one of the best Flat Track races we have seen in a long time. Shayna really earned this one,” said Team Principal Richie Morris. “I felt she had a shot, after her strong performances on the shorter tracks at Atlanta and Charlotte, and the Mile tracks are her specialty. On the last lap she didn’t lift going into Turn 3; she waited until they lifted, then she lifted, went by and won the race.  We struggled getting Jarod’s bike dialed in early in the day, but in the main, things started coming together. Going into Sacramento we’re hoping to carry Shayna’s momentum and also continue building on the progress we have made with Jarod.”

The Phoenix event marked the first of a run of races for the AFT runners that will include the Sacramento Mile on May 20, a TT in Springfield (May 27) for the AFT Singles, the Springfield (Ill.) Mile (May 28); and the Red Mile in Lexington, Ky., on June 3.