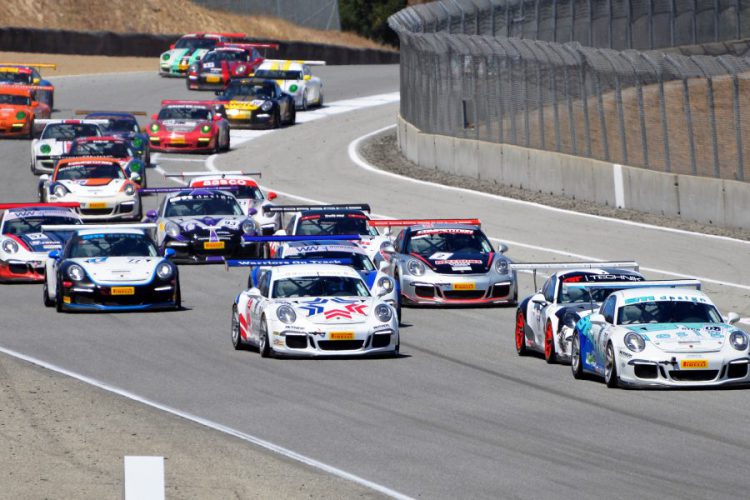 Monterey, Calif. (11 October 2017) – With the season-finale of the 2017 Pirelli GT3 Cup Trophy USA this weekend at Mazda Raceway Laguna Seca, the stage is set for the most thrilling competition of the year yet. Having visited seven classic circuits across the country, Pirelli GT3 Cup Trophy USA returns to Mazda Raceway Laguna Seca for the second time this season with its largest field to date of 38 Porsche entries. 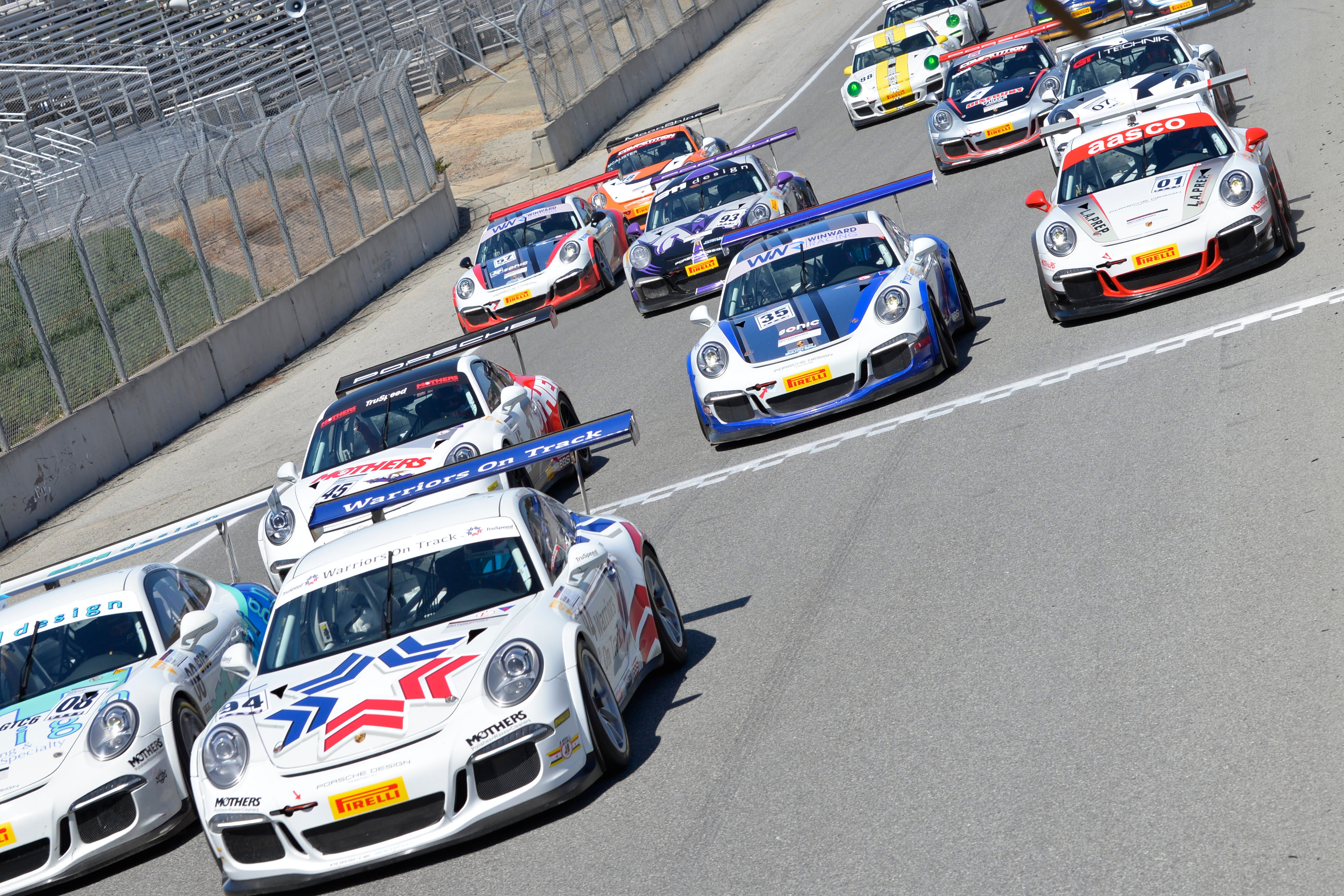 With five championship titles on the line, the competition is sure to be as fierce as ever in Races 15 and 16. In addition to the full-season series drivers, several new racers will vie for victory as the large field of Porsche machines takes to the 2.238-mile Northern California road course. 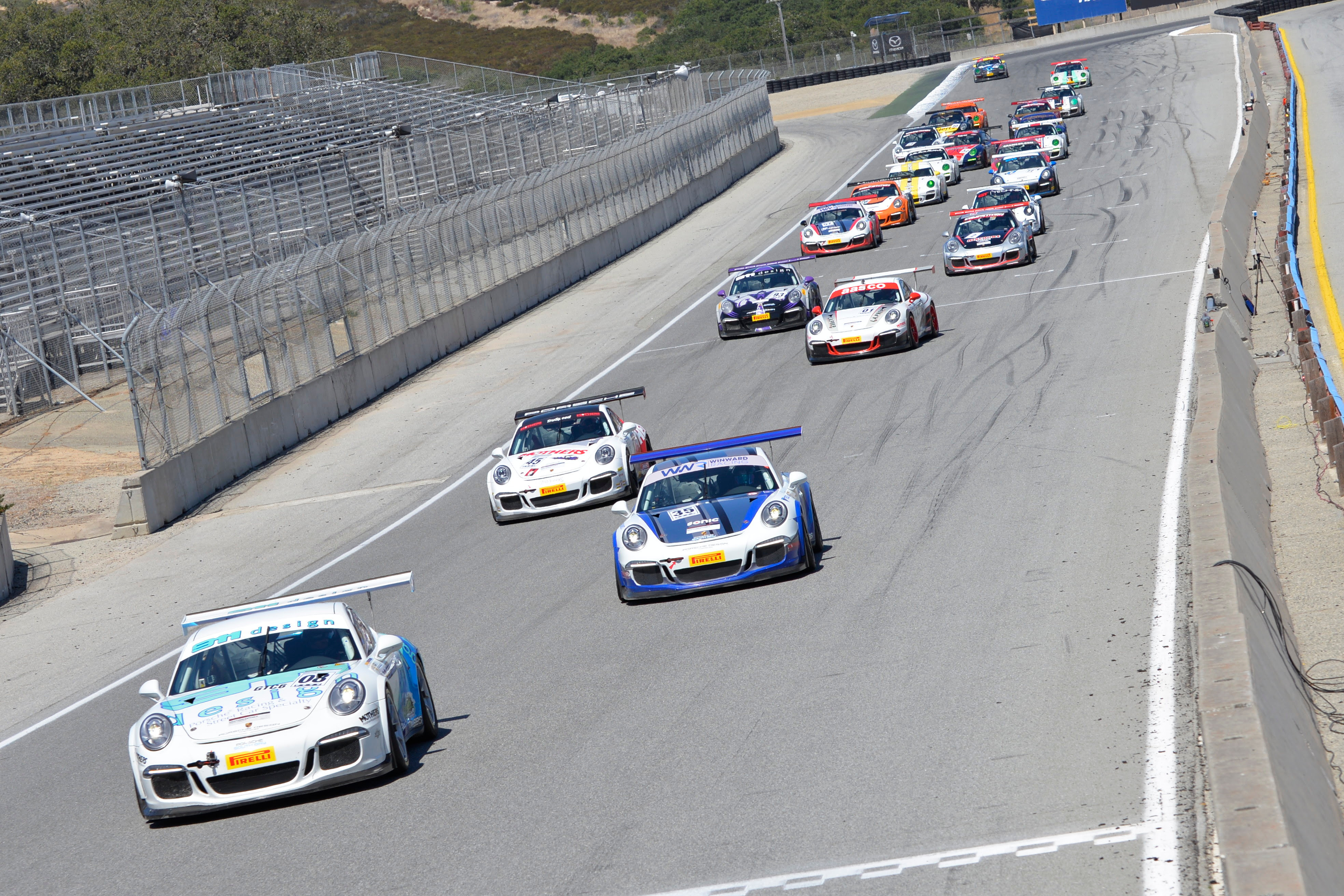 “We are excited for the return to Laguna Seca,” offered Beggs. “Everyone here at the 911 Design shop has pitched in to get the logistics done, cars, truck and trailer ready for the last event of the year.  We had a great race weekend the last time we were at Laguna Seca. I was able to finish third on Saturday with very competitive times and won the race on Sunday. We have a great setup for the car and we should able to fine tune the setup and improve on the last outing. I am entering the weekend with a 42 point lead over second place so I need to make sure I keep my nose clean in both races to win the championship, but I am facing some stiff competition.”

Russell Ward (No. 35 WinWard Racing Porsche 991 GT3 Cup), who missed the COTA and Road America rounds because of the flooding in Texas after Hurricane Harvey, returns to competition and sits fourth in the standings. He recently competed at the Mazda Raceway Laguna Seca track in the IMSA Continental Tire SportsCar Challenge event and finished sixth while driving a Porsche. 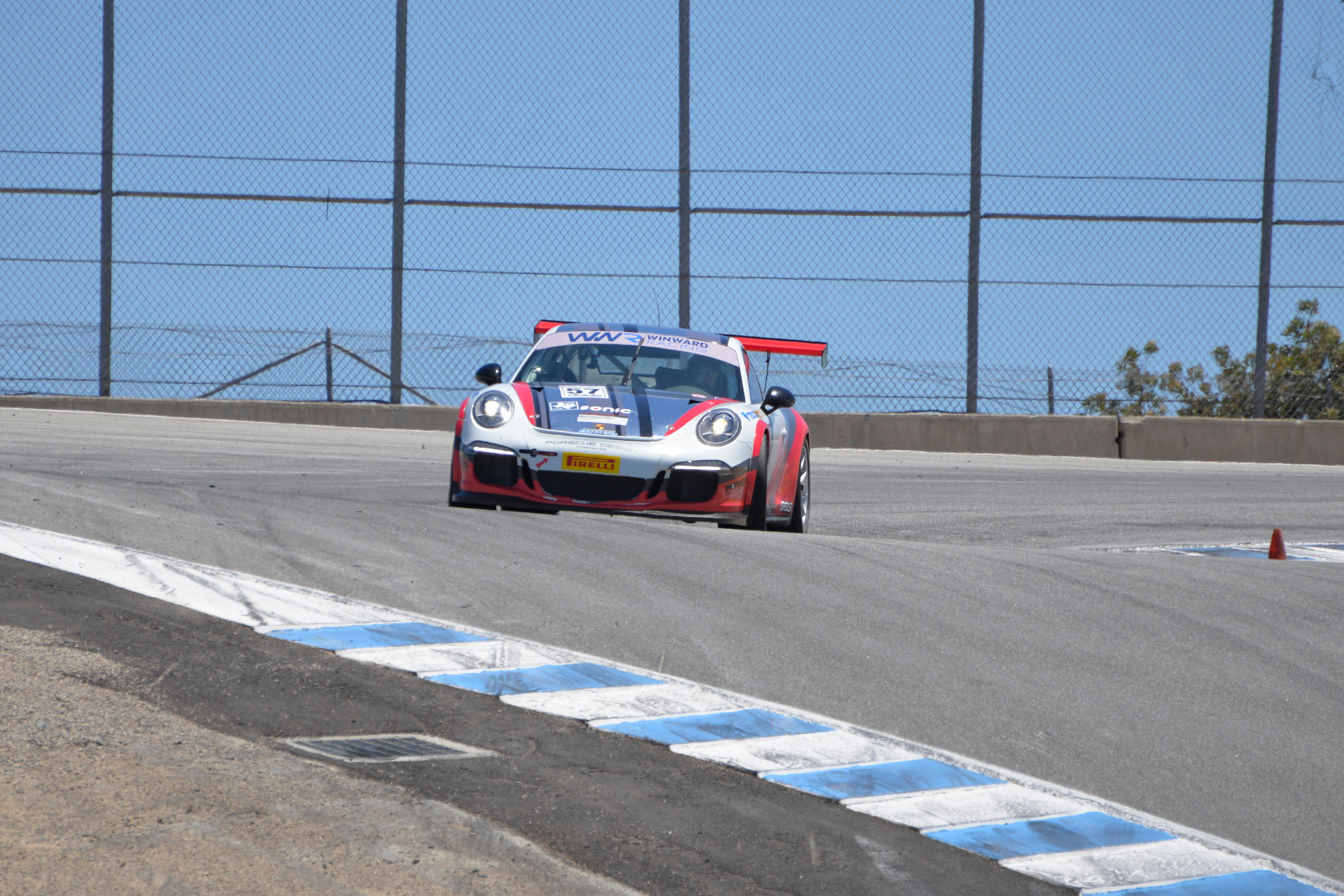 “I can’t believe this is the last weekend, but Laguna is a great place to end the season!” said Bryce Ward. “Having missed Road America and the COTA events because of Hurricane Harvey, I am looking forward to getting back in the car, and wish all those impacted by the Hurricanes a speedy recovery. The championship is wide open with Michael (Zuieback), Mike (McAlister), Dave (Elsner) and myself all in with a chance to win it. I hope to be right back on the pace as these guys have been really fast at the last two events.”

The championship battle is a tight one in the Diamond Masters division with second through fourth separated by only 10 points. 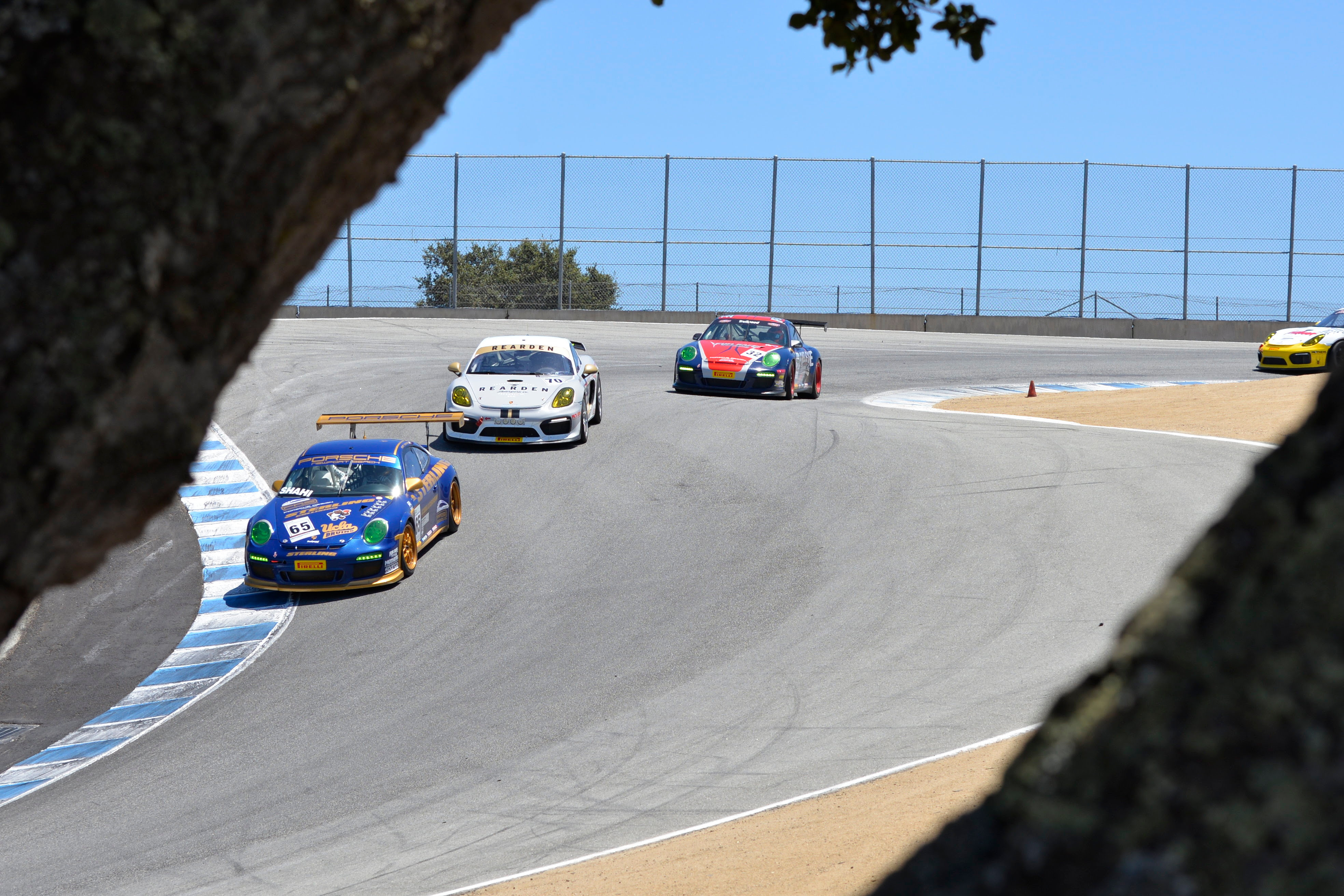 Jeff Kearl (No. 26 Rearden Racing Porsche Cayman Clubsport GT4) and Sean McAlister (No. 00 Competition Motorsports Porsche Cayman Clubsport GT4) have been in the heat of battle for the championship title all year long. Kearl gained an advantage in the previous event at Road America when McAlister was involved in a weekend-ending crash that prevented him from taking part in Sunday’s race. 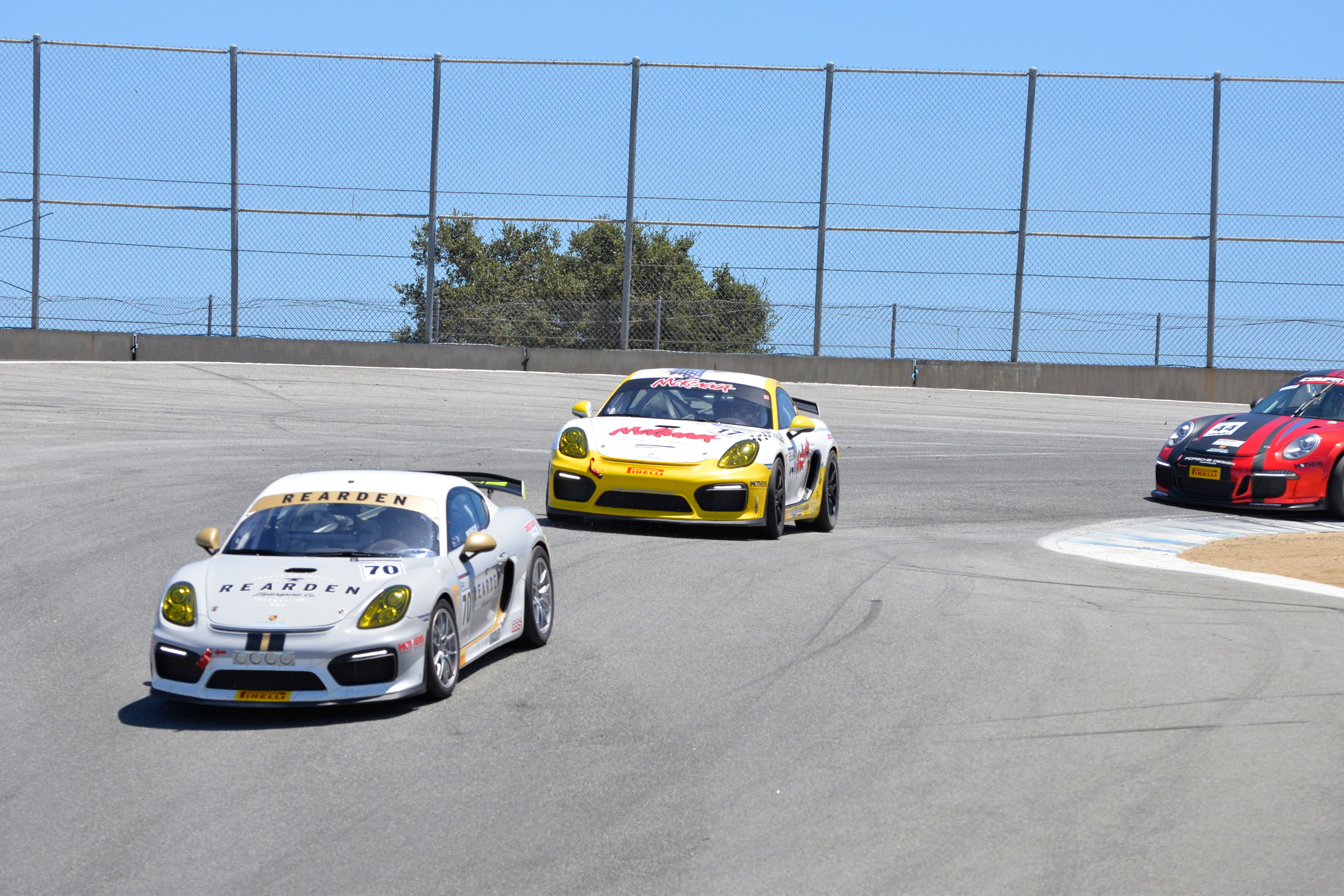 The Pirelli GT3 Cup Trophy USA action kicks off with practice on Thursday followed by two complete race days on Friday and Saturday.