Daytona Beach, Fla. (7 January 2018) – Michael Shank Racingcontinued to make progress this weekend in preparation for its two-car campaign in the 56th running of the Rolex 24 At Daytona at the end of the month with three productive days of testing at Daytona International Speedway.

The team is competing with the Acura NSX GT3 in its second season of IMSA WeatherTech SportsCar Championship competition, and debuted an all-new driver line up at the Roar Before the 24. Eight drivers took to the Florida circuit to work on developing the team chemistry and speed that will be required to win the twice around the clock classic. 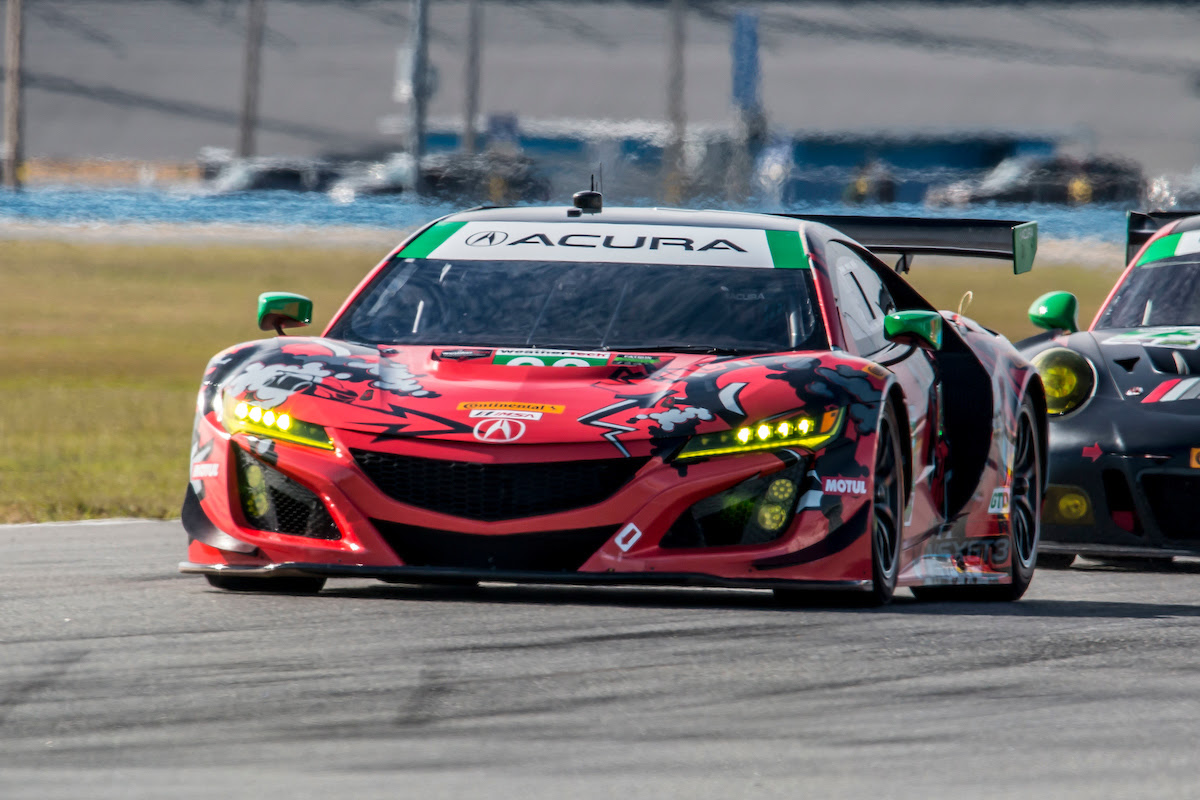 The No. 93 entry driven by Lawson Aschenbach, Justin Marks, Mario Farnbacher and Côme Ledogar showed continued improvement as they rotated through the six sessions, with the entry setting the fastest time of the day on Saturday with a 1:47.425-seconds lap of the 3.56-mile circuit.

To create an added bit of interest for race fans, IMSA established a 15-minute qualifying session to establish garage positions and pit locations for the Rolex 24 following the six practice sessions.

Parente, who took the No. 83 Acura NSX GT3 for his first ever IMSA WeatherTech qualifying run, set the 4th fastest lap time with a 1:47.605-seconds lap. 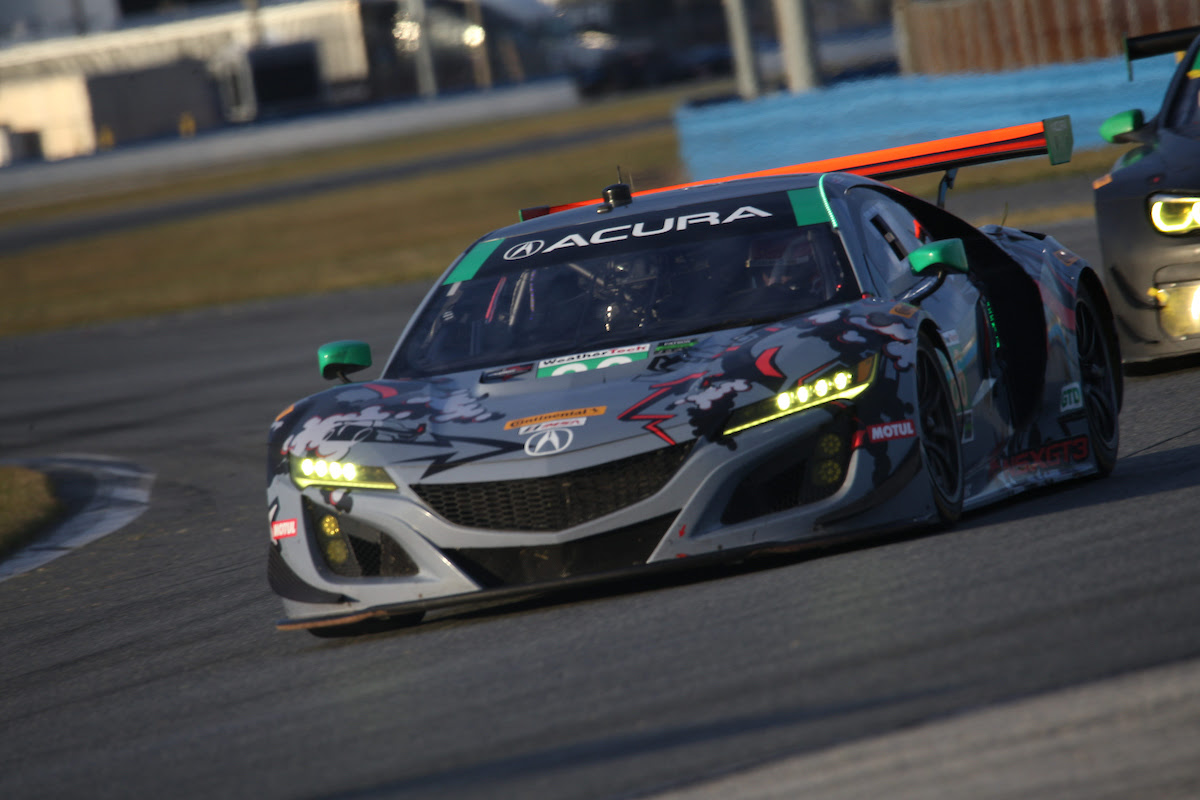 “I feel like this is a good start and we have had some really nice test days in preparation for the 24,” said Parente. “All of the guys have been doing well and we have all been having a lot of fun. We will continue to keep working to make improvements. The main thing is getting the car as stable and quick as possible for the race.”

After a strong two days of testing, Aschenbach clocked the 12th quickest time with a 1:47.905 in the No. 93 Michael Shank Racing Acura NSX GT3.

“We lost the balance a little bit from the first session, so that wasn’t really the time I think we were capable of today,” said Aschenbach. “The car just never really came to us like it had been the rest of the weekend. The Acura NSX GT3 is still pretty quick and Alvaro (Parente) put down a really good lap in for fourth. Now we will just need to look at data and see where things changed, and we will be fine for the race, I’m not too worried.”

Team Owner Mike Shank was happy to return for a second season with the Acura NSX GT3 as the team was able to start off the year with a strong knowledge base of the car.

“Everything has improved so much from last year at this time,” said Shank. “We have made huge gains with the car and I am very happy with it. Qualifying was pretty much where we thought we would be for right now so we are fairly pleased. The 93 car didn’t handle exactly how we thought it would but Alvaro (Parente) did a great job in the 86 and got us a good spot as far as where we will be set up for the 24. I feel very good about where we are and how much progress we’ve made.”

The team will return to Daytona International Speedway January 25-28 for the 56th running of the Rolex 24 At Daytona. 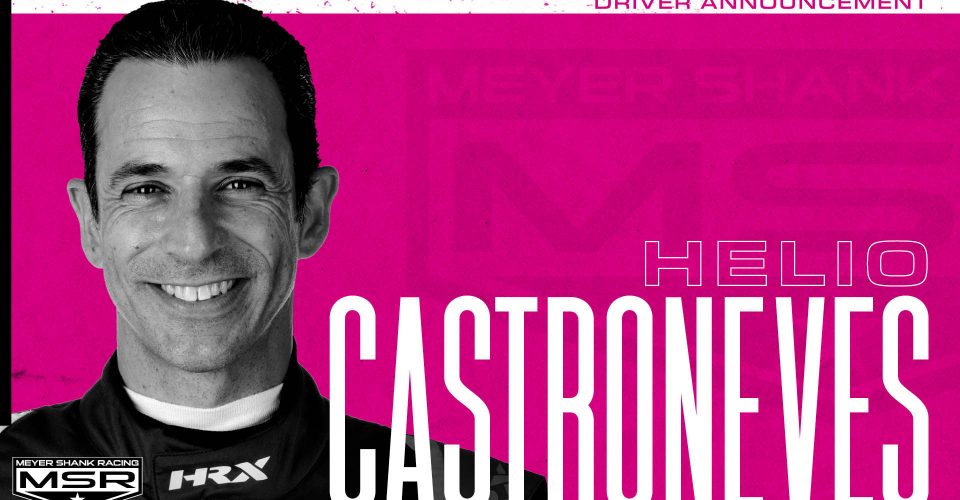 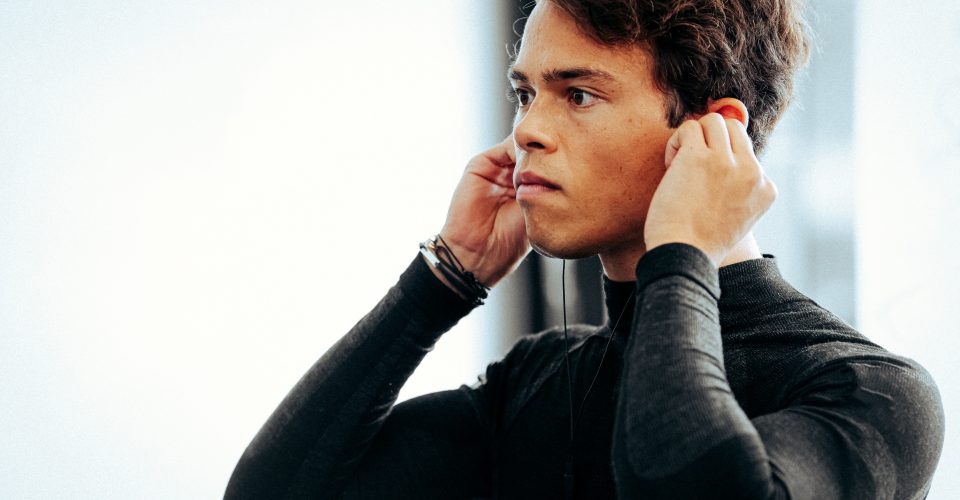