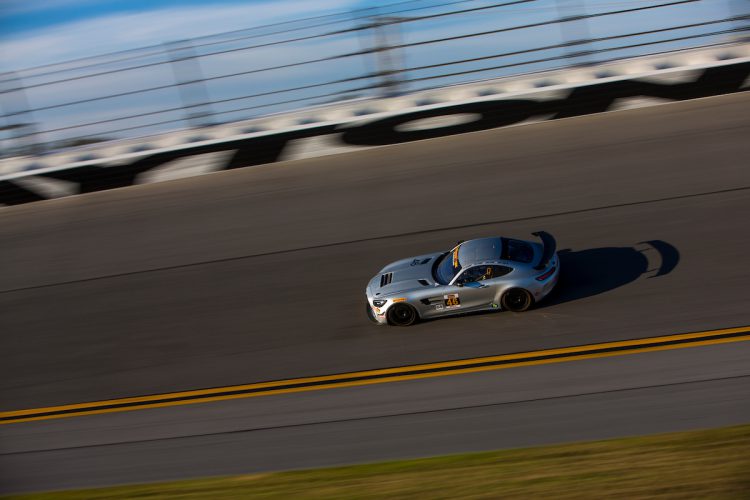 Daytona Beach, Fla. (7 January 2018) – After taking delivery of its Mercedes-AMG GT4 just days before heading to Florida, TeamTGM made its first laps around Daytona International Speedway this weekend in preparation for the Continental Tire SportsCar Challenge season opener – the BMW Endurance Challenge – at the end of the month. 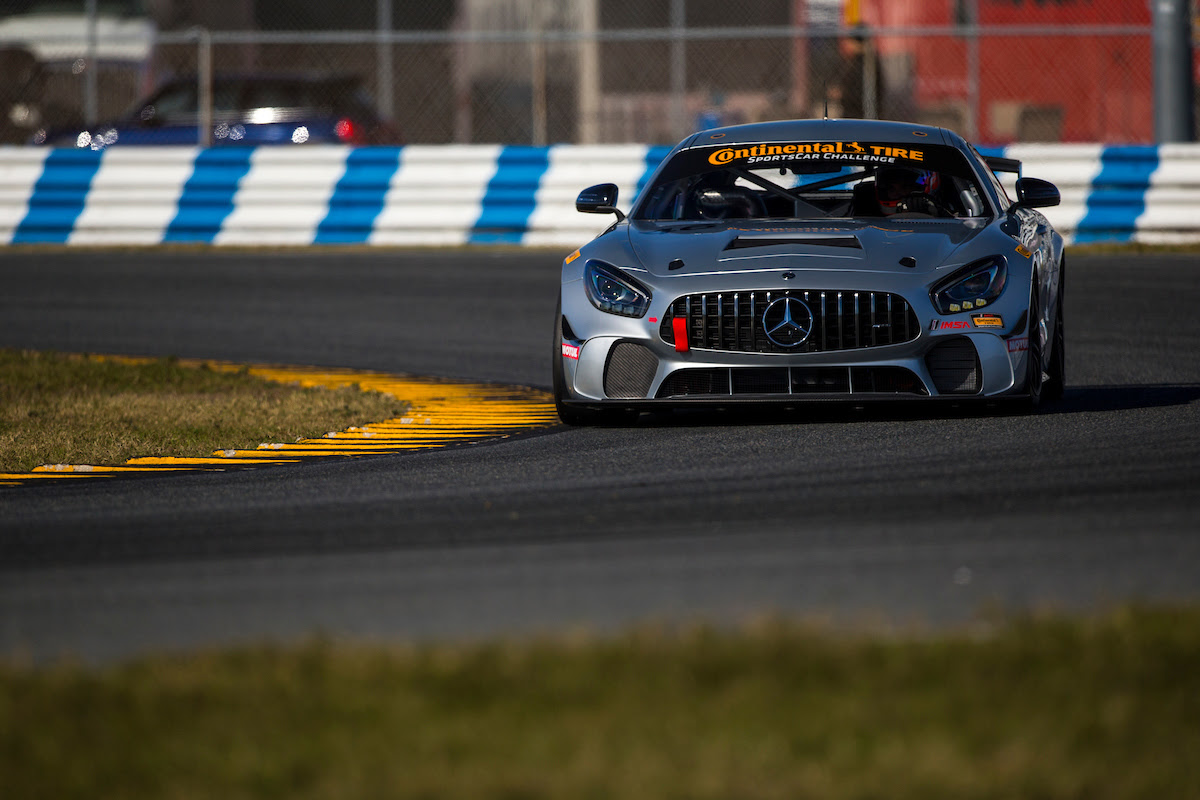 As the team awaits the arrival of its second Mercedes-AMG GT4 machine, TeamTGMentered its Porsche Cayman into the Roar Before the 24 weekend in order to maximize track time for the quartet of drivers.

After clocking in over six hours of track time and completing every lap of every session in the No. 46 Mercedes-AMG GT4, the team and drivers felt satisfied as they got acclimated to a completely new platform.

Team owner and driver for TeamTGM, Ted Giovanis, is pleased with the collaboration with Mercedes-AMG as well as HWA – Mercedes’ motorsports customer racing branch. 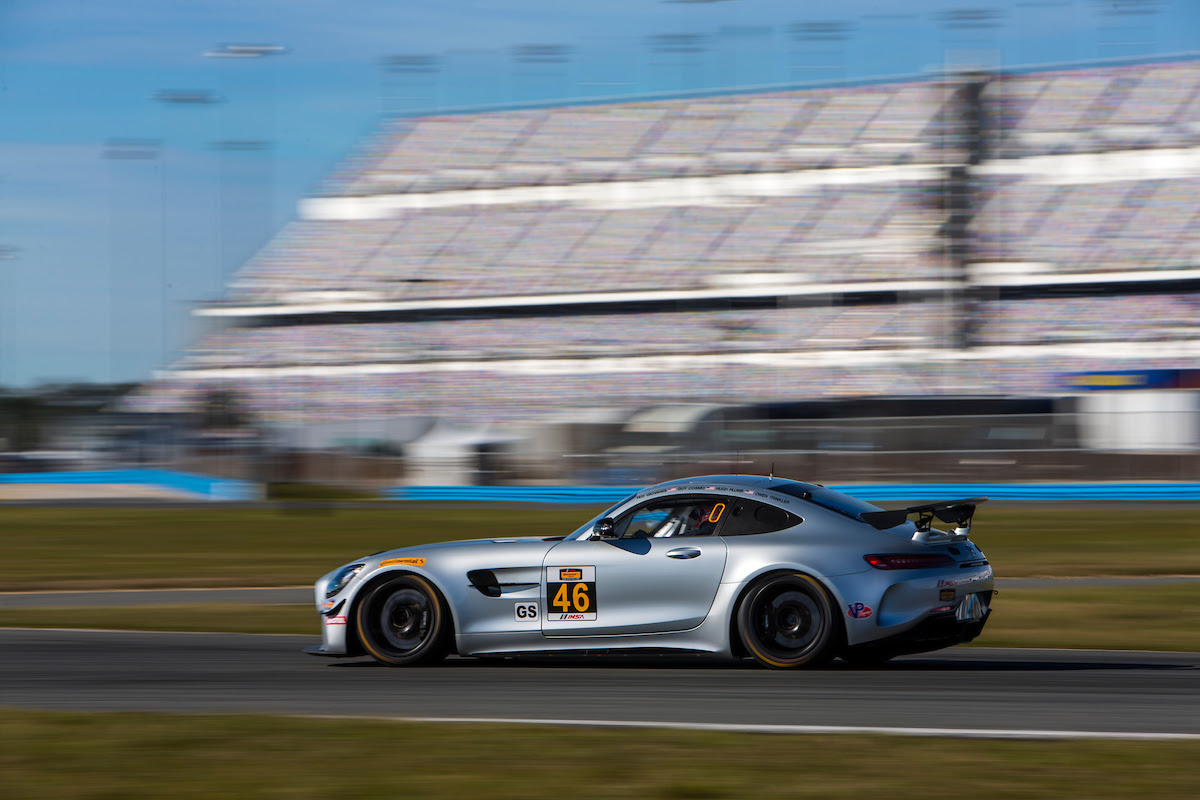 “The Mercedes is a true GT car and is a lot different than what I am used to,” said Giovanis. “There is going to be a lot of development time and we will switch gears as we learn more about the car. Mercedes has been great to work with. All of the members of both Mercedes-AMG and HWA are great. They have so many people here supporting each of the Mercedes teams so it’s been a great experience.”

Guy Cosmo experienced his first laps in the Mercedes-AMG and can admit that despite driving many cars throughout his career, this one stands out in particular as a true performance race car.

“The car was as expected, a wonderful product that properly delivered,” said Cosmo of the Mercedes-AMG GT4. “We had a really productive three days without a single mechanical issue which is really encouraging for us. The car is really a pleasure to drive and a properly functioning car; it handles great, it gives great feedback. We have every expectation that both cars are going to be in contention to win races this season.”

Hugh Plumb, who drove with TeamTGM last season, was ecstatic about the performance throughout the weekend and looks forward to making the most of the Mercedes-AMG throughout the season. 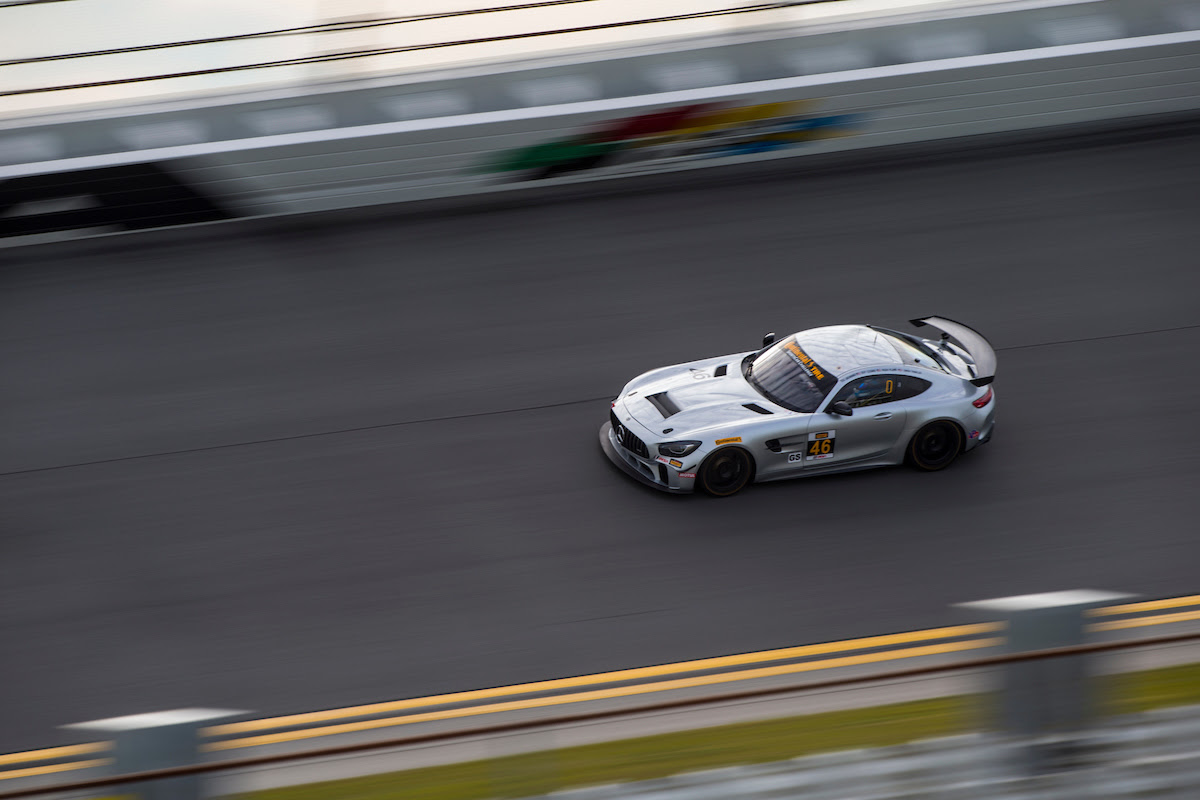 “What I am excited about is our relationship with Mercedes-AMG and it’s a great manufacturer to be aligned with,” said Plumb. “We have all the right pieces and our team members always do a fantastic job at prepping the car to its fullest potential.  Getting to work with Ted Giovanis and Joe Varde has been great and these guys are really acclimating to the new car well.”

The newest member of TeamTGM, Owen Trinkler, is grateful for the opportunity to continue to build on his record as one of the most successful drivers in the category as he looks to once again compete for podium finishes after seeing the performance of the Mercedes-AMG throughout the weekend.

“The weekend went really great and we ran every lap of every session in the Mercedes,” said Trinkler. “We didn’t miss a beat and I think that’s what we want to do as a team, we want to put all the miles on the car and get all the drivers through. For me I have been getting used to working with the team, but it’s been nice because I know a lot of these guys.”

TeamTGM will return to Daytona International Speedway at the end of the month for the four-hour BMW Endurance Challenge on January 26th.