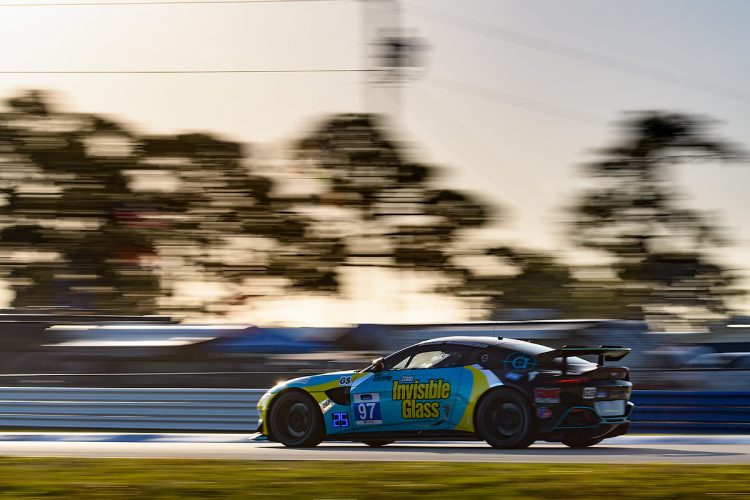 Sebring, Fla. (14 March 2019) – Thursday was a memorable day on and off the track for Stoner Car Care Racing fielded by Automatic Racing, as the team enjoyed substantial track time at Sebring International Raceway as well as the unveiling of the new No. 97 Invisible Glass Aston Martin Vantage GT4 livery by team drivers Rob Ecklin, Jr. and Ramin Abdolvahabi, team manager David Russell and Aston Martin executives.

Thursday’s on-track action saw the team grow their knowledge base and add to the increasing pace of the new Aston Martin over three practice sessions in typically varying Sebring conditions, from cool in the morning to hot, humid and slick by late afternoon.

Abdolvahabi took the wheel for the evening’s 15-minute qualifying session and despite only getting four laps due to a lengthy red flag, put the car into a 19-place starting position for Friday’s Alan Jay 120, race two of the 2019 MICHELIN Pilot Challenge and part of the IMSA WeatherTech SportsCar Championship’s Mobil 1 Twelve Hours of Sebring event weekend.

Stoner Car Care Racing had the honor of being the first North American team to take delivery of the newly redesigned Aston Martin Vantage GT4, mere days ahead of January’s Rolex 24 at Daytona.

After a faultless debut at Daytona, the team looked forward to Thursday’s public and media reveal of the stunning Invisible Glass colors that have become so distinctive in the Michelin Pilot Challenge series. That the car continues to make advances on the track as well made for an exciting day at Sebring.

“This was the ‘reveal day’ for the Aston Martin Vantage GT4 in the Invisible Glass colors and it was an exciting day,” said Abdolvahabi. “The car looks outstanding. And it was one of the rare days where we have three practices AND qualifying all in one day. We had good practice sessions but qualifying didn’t go as planned because of the red flag. We’re starting in the middle of the pack and hope to finish in the front of the pack! We are still learning everything about this new car. Sebring is one of the bumpiest tracks in the world and one of the slickest tracks in the afternoon, so we learned a lot about the traction control and ABS. This car handled this environment very well and we have barely touched the surface of really tuning the car. This is only the car’s second qualifying session, but I think we are doing well.”

“It was a long day, but a good day at Sebring,” said Ecklin. “Three practices in very different conditions, and we continued our learning curve with the new car, and the car keeps coming to us. The car gives you a lot of confidence. In between those practices, we had the big unveiling of the Invisible Glass livery on the car, so hopefully everyone can see how good that car looks, both standing still and on track. I think we’ll make some progress forward through the race, given everything we’ve learned. But I’ll tell you, I watched qualifying in Turn 1 and was surprised how smooth and quiet that car looks. It makes you want to drive it faster, because it looks so controlled, so I’m looking forward to that in the race.” 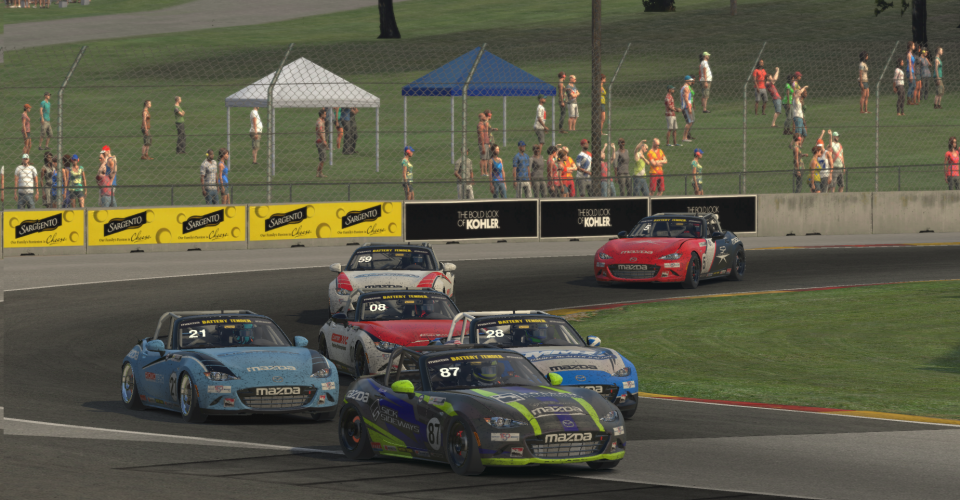