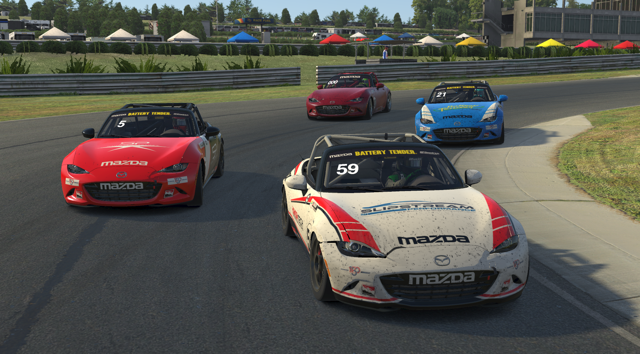 The Ricmotech iRacing Global Mazda MX-5 Cup series kicks off Tuesday, May 5, at Barber Motorsports Park in Birmingham, Alabama. Practice begins at 6:00pm ET followed by qualifying, then racing action begins at 8:15pm. The race will stream live on Mazda Motorsport’s Facebook page and on the ApexRacingTV YouTube page.

It’s well known that on any given weekend, more Mazdas are road raced across America than any other brand. That popularity carries over to iRacing, where the Mazda MX-5 Cup is the most raced car on the platform.

McGee found his way to MX-5 Cup via sim racing. He was the first MX-5 Cup iRacing Champion, which earned him a spot in the 2015 Mazda Road to 24 Shootout, which he won. His experience with the MX-5 Cup car both real and virtual platforms will likely make him a tough opponent. 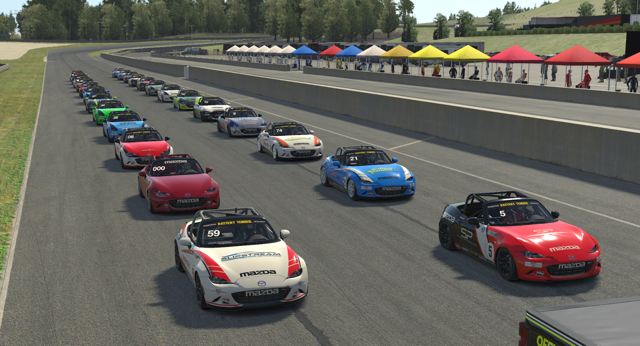 “I started my racing career in simulators almost a decade ago and haven’t really touched them since,” Cresci said. “However, the pandemic has pushed my work and coaching back to the virtual world for the time being. I have a very basic wheel/pedal setup, paired with a small single monitor. However, I did finally upgrade from the infamous “desk and carpet setup” to a proper racing seat and mount.”

While they are technically new to MX-5 Cup racing, guest drivers Harry Tincknell and Oliver Jarvis are no strangers to Mazda race cars: both are drivers in Mazda’s IMSA WeatherTech DPi program. Neither driver will be eligible to score points, just bragging rights.

About: The Battery Tender Global MX-5 Cup presented by BFGoodrich Tires is the signature spec series for the Mazda Road to 24 (#MRT24). Mazda-powered champions earn a Mazda scholarship to advance their career. The Global Mazda MX-5 Cup champion earns a $200,000 scholarship.

Find out more at http://www.mx-5cup.com.