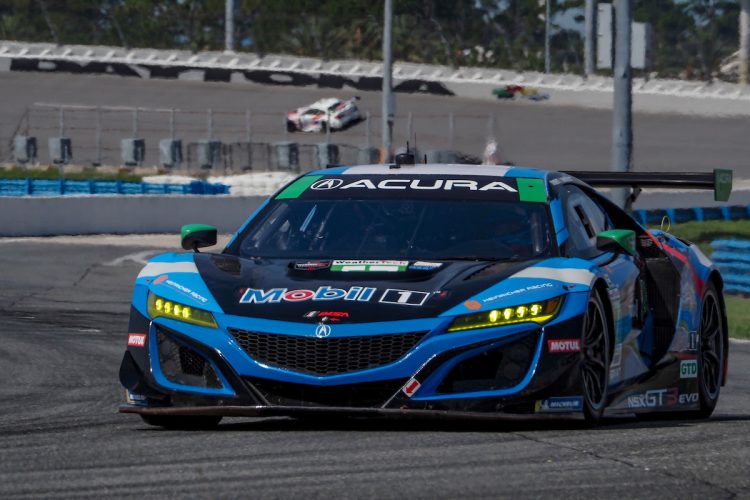 Misha Goikhberg and Alvaro Parente made their IMSA return in the No. 57 Heinricher Racing Acura NSX GT3 after a six-month hiatus from racing due to the COVID-19 pandemic. A rainy Florida weekend saw several squalls of heavy rain cross through the speedway—causing teams to practice in both dry and wet conditions.

Making his first qualifying effort in the Acura NSX GT3, Goikhberg wheeled the No. 57 Acura to seventh in the order with a 1:47.799-second lap. From that starting position, he launched at the green flag to go from seventh to second before the first corner. 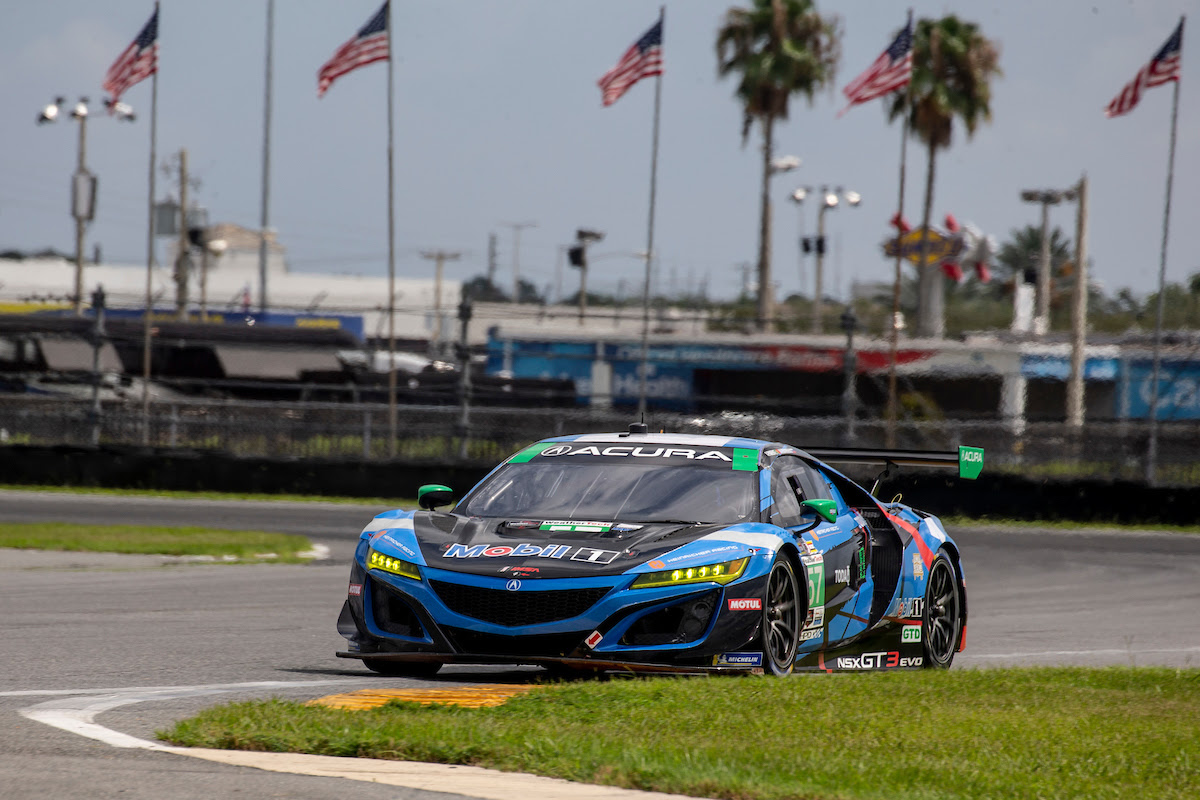 Goikhberg ran strongly in the top three for most of the first stint before pitting on lap 29 for four tires, fuel and a driver change. Parente closed out the final two hours of the race running with strong pace as he ran door to door with the team’s sister car—fighting for the podium position.

Despite a solid balance in the car, even after the sun went down, a race without yellow flags made it difficult for Parente to close the gap to the cars out front. He pushed the No. 57 Heinricher Racing Acura hard through two final stints and crossed the finish line fourth.

“What a great effort by Misha and Alvaro. Misha’s strong qualifying and amazing start put us in the mix right from the beginning. Alvaro showed the metal he is made of by running such a consistent and incredibly long stint to bring us home in fourth after a long break from the track. It was a great run by the entire MSR team, Mike Shank, and a big congrats to our sister team on their podium finish.”

“Today feels a little bittersweet. I think that we placed higher than our general pace suggested but we were really strong in semi-wet conditions. Big congratulations to our teammates on scoring a podium finish.”

“It was good to be back with everyone and it was a short but hard weekend and we improved our pace compared to the Rolex 24 with the series balancing the cars a bit better. Today it was a good fight with our teammates. They were a bit stronger than us but we will keep working and pushing the team forward and beat the sister car next time.” 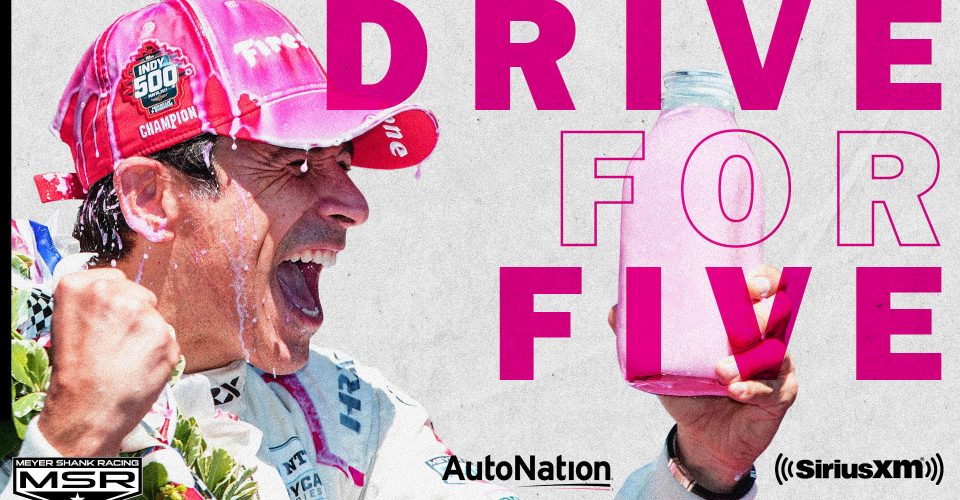 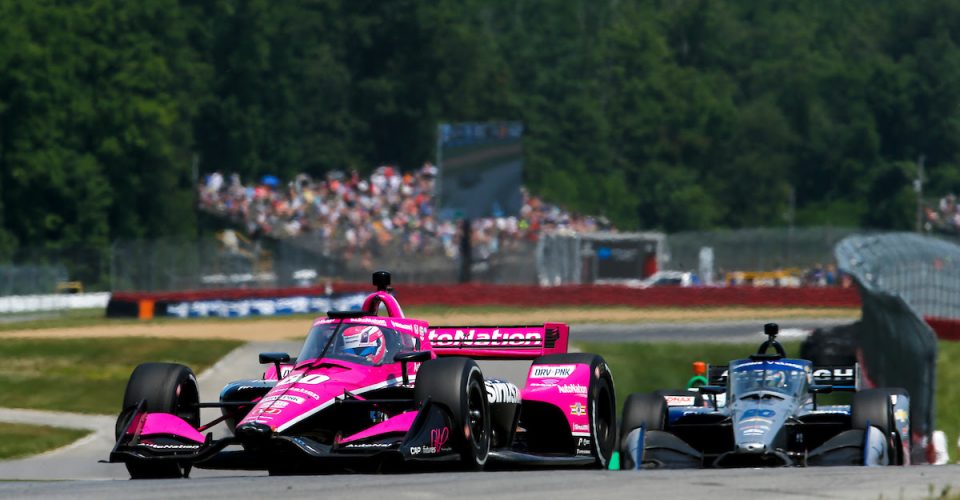 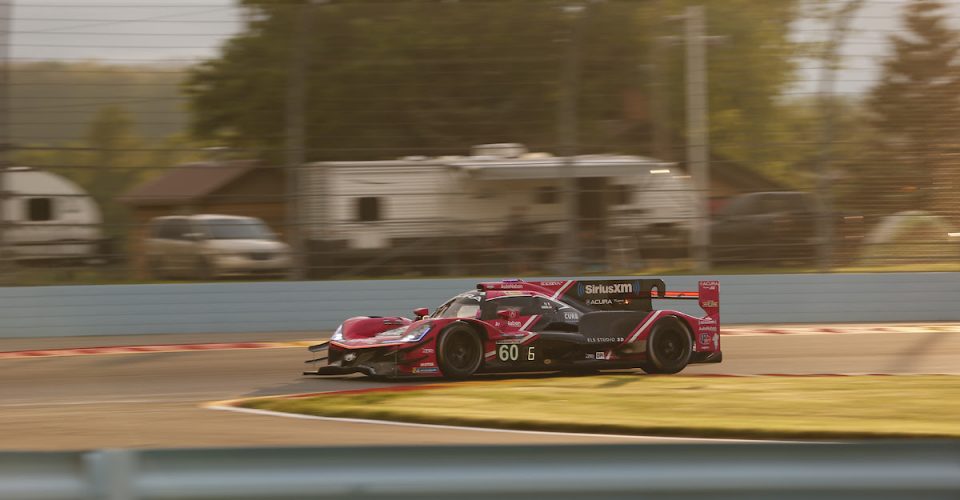