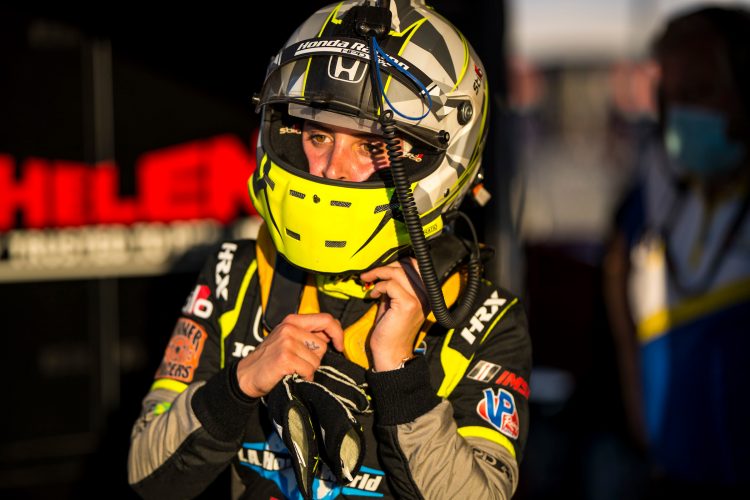 On Friday, young Hagler and her teammate Ryan Eversley will close out the 2020 IMSA season in the No. 77 L.A. Honda World Racing Honda Civic Type R TCR as the duo look to make a big push to finish strong in Friday’s Alan Jay Automotive Network 120.

Having had to learn several new tracks in her IMSA rookie season, Hagler will add yet another legendary circuit to her racing resume as she takes on the notoriously bumpy 3.74-mile track that plays host to the Mobil 1 Twelve Hours of Sebring.

Hagler had been slated to make her Sebring debut when IMSA visited the circuit in July, but a positive COVID-19 test result kept her out of the car for the weekend.

Prior to arriving at Sebring, which is known for producing high intensity and physically demanding racing, Hagler focused on studying the data and feedback from Eversley and Dakota Dickerson (who filled in Hagler earlier in the year). 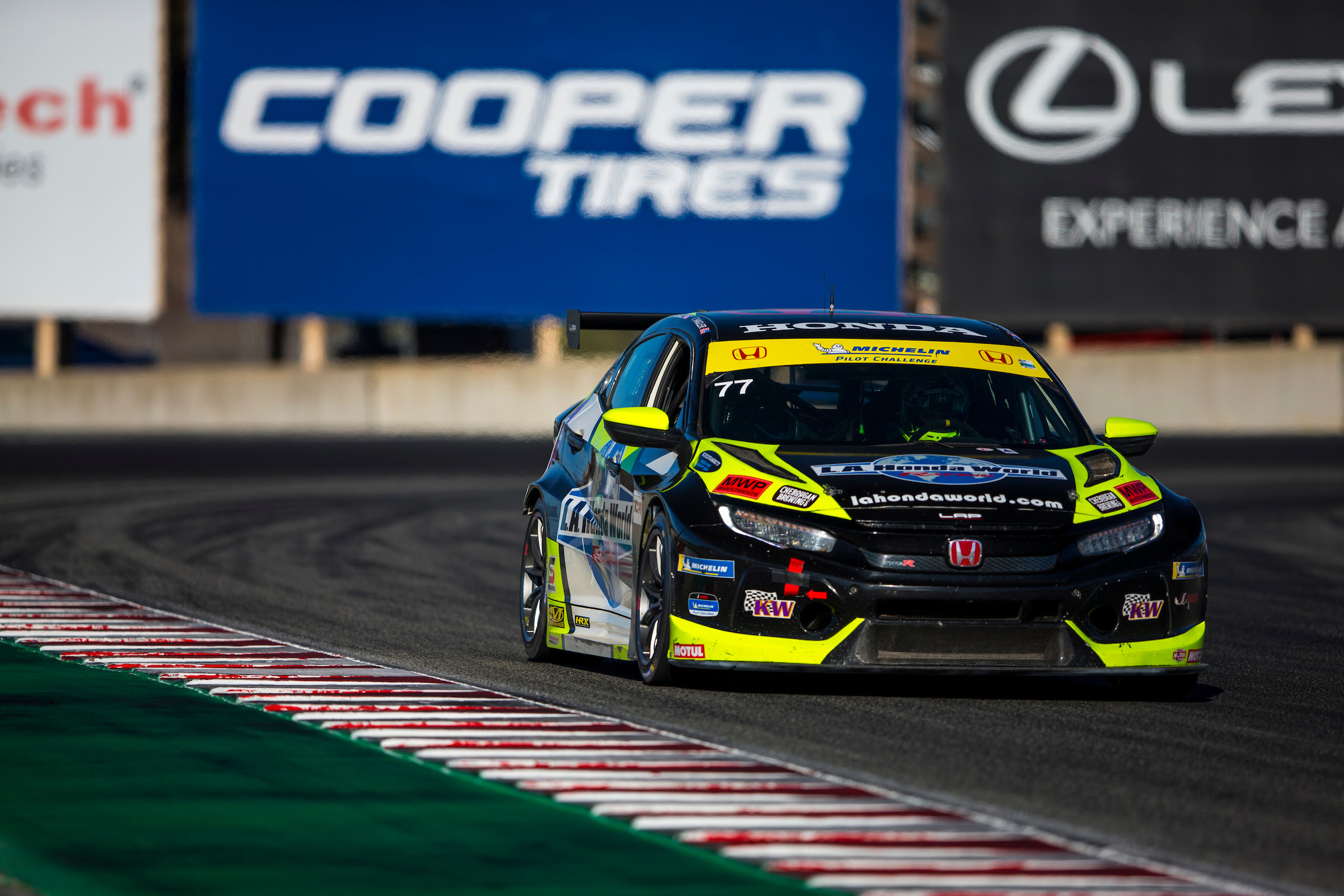 “Although I had to miss the earlier round at Sebring this year, I watched the race closely and learned from the data in order to prepare,” said Hagler about the July Sebring race. “My simulator has helped me learn the track, but in order to get the full sensation of how the car reacts and performs on the track surface I need to physically be in the car. It will be a big focus for me as soon as we get on track. Our No. 77 L.A. Honda World Racing Honda Civic Type R TCR has exceeded our expectations this year and I am looking forward to experiencing everything that this track has to offer in the race.”

Hagler has displayed natural speed and determination throughout her debut IMSA season. Following a nearly six-month break from IMSA competition due to pandemic-related rescheduling, the Honda development driver returned to racing action with full focus on scoring podium results.

At Michelin Raceway Road Atlanta in September, Hagler made an impressive run to score her first top-five finish in IMSA, placing fourth in the second endurance race of the season.

Hagler continued her streak of success as she earned her first-ever IMSA podium finish at Mid-Ohio Sports Car Course putting the Honda Civic second. Just three hours after her podium celebration, Hagler then went on to win the Motul Pole Award for race two at Mid-Ohio. The 25-year old was the third female ever to score pole in IMPC competition. Hagler led all 26 laps of her opening stint at Mid-Ohio before handing the car over to Eversley. A terminal turbo issue while Eversley was leading ended the driving duo’s race early. 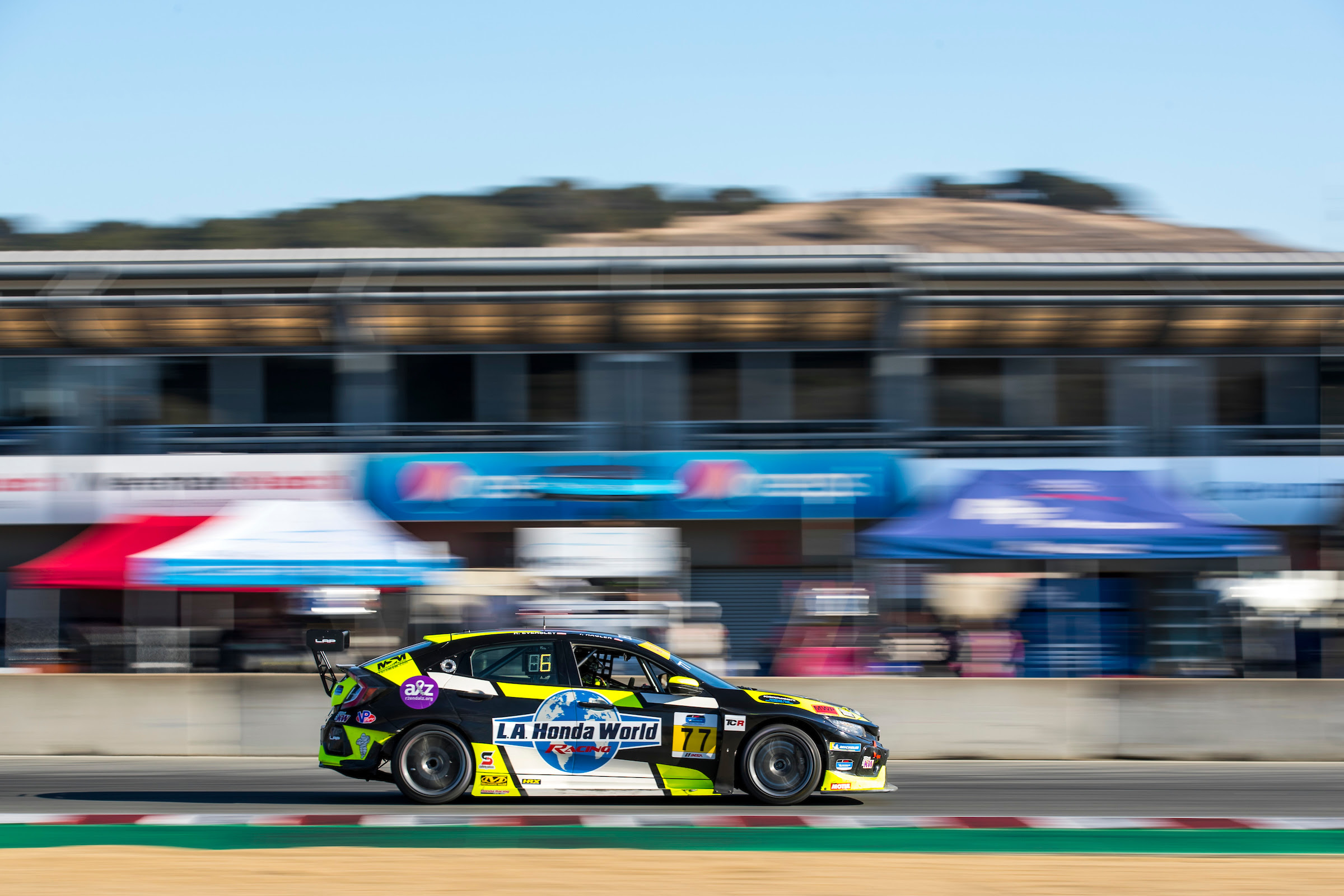 Hagler continued her dominance behind the wheel of the No. 77 Honda Civic as she returned to Michelin Raceway Road Atlanta for the second time. Utilizing full-course caution periods as well as the tools in the car, Hagler and Eversley rounded out the top-five.

The only west coast stop on the amended 2020 IMSA calendar took Hagler to WeatherTech Raceway Laguna Seca. Rebounding from two early penalties, Hagler charged through the TCR field before handing the car over to Eversley where he brought home a fourth place finish.  The finish marked Hagler and Eversley’s fourth consecutive top-five finish of the year.

“It’s hard to believe that my rookie season is coming to an end,” said Hagler. “I have learned so much working with the L.A. Honda World Racing team and Ryan (Eversley). This year pushed us mentally and physically, but we continued to better ourselves and our results are proof of that. We have made big strides the last couple of races, but we still want to win.”

Following the final IMSA round, Hagler will participate in her fourth and final HPD GT3 Driver Academy at Sebring International Raceway on Monday, November 16th. Hagler will transition from her Honda Civic Type R TCR to the Acura NSX GT3 where she will continue to gain seat time onboard the powerful GT3 machine and learn from official Acura drivers.