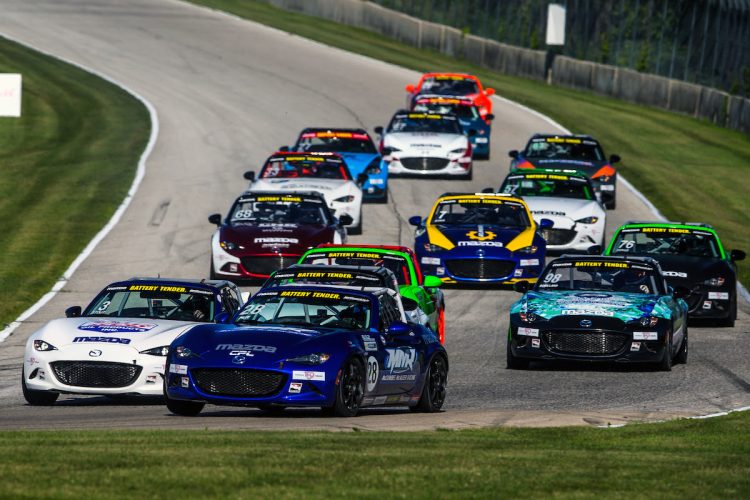 November 11, 2020 – The 2020 Mazda MX-5 Cup presented by BFGoodrich® Tires Championship came to a close on October 24 at the Grand Prix of St. Petersburg, but there is still one competition left as the 2020 Mazda MX-5 Cup season isn’t officially finished until a new Shootout winner is crowned.

Mazda has a record of supporting racers through the decades that is without peer. The brand has put its support where its passion runs, from the grassroots level all the way to the top tier Mazda DPi program in IMSA’s WeatherTech SportsCar Championship. Motorsport reflects a core Mazda ethos to celebrate human ingenuity, and with more Mazdas being road raced than any other brand, that belief is one that is highly evident at tracks all around the country.

2020 marks the 15th year of the Mazda MX-5 Cup Shootout, which will take place November 16 – 17 at Road Atlanta in Braselton, Georgia. Nine drivers who found success racing Mazdas on a grassroots level will compete to earn a scholarship valued at $110,000 to utilize for the 2021 Mazda MX-5 Cup season.

Last year’s winner, Jared Thomas, went on to win this year’s MX-5 Cup Rookie of the Year title, and the 2018 winner, Michael Carter, was crowned Champion a few short weeks ago.

“Without winning the shootout I would never have made it into the MX-5 Cup series, much less be the 2020 Champion,” Carter said. “Mazda does such amazing things for racers like me and it is awesome to see the tradition continue year after year. After attending the shootout in 2016, I took what I learned from that experience and the next couple of years of racing and decided to make a push for the 2018 shootout. I was unsure about the decision at first because of just starting college, but it has obviously all turned out for the best. I would simply not be where I am today without winning the 2018 Shootout.”

This year’s nine finalists were chosen from a group of 31 nominees, all top performers from SCCA Club Racing, the NASA Teen Mazda Challenge or the Spec Miata Challenge Series. Nominees submitted written and video applications to earn their spot in the Shootout.

Second-generation Mazda racer Aiden Fassnacht (Madison, NJ) is the youngest of the finalists at 17, while Michael Borden (Milwaukee, WI), who turns 34 only a few days after the Shootout, represents the eldest.

Bryce Cornet (Norman, OK) just made the transition to Spec Miata in October after many years of success in Formula Mazda. Another newcomer to sportscars is Chris Nunes (San Diego, CA), who arrived in Spec Miata after years of off-road racing.

Tyler Quance (Cyprus, Texas) is fresh off of a runner-up finish in the Spec Miata Challenge Championship. He was separated by one point on both sides by MX-5 Cup regulars Justin Piscitell and Drake Kemper.

Savanna Little (El Dorado Hills, CA) was the recipient of the 2020 Mazda Spec MX-5 Pentathlon Scholarship, which enabled her to take part in her first season of Spec MX-5 Cup Challenge. 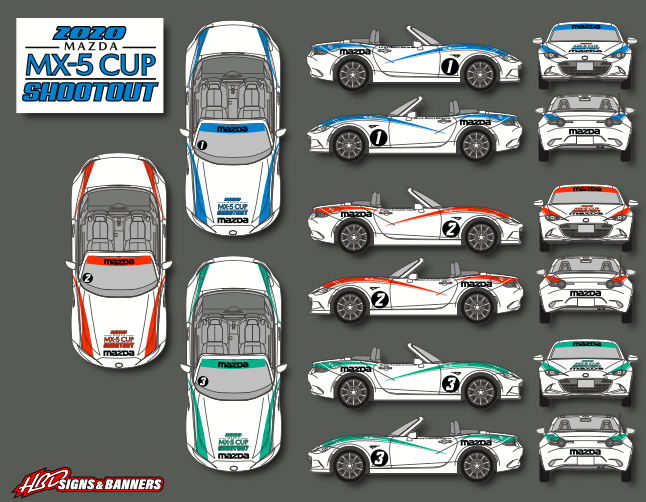 The finalists will be evaluated by a panel of judges in three areas: fitness, interviews and track performance, all of which will take place at Road Atlanta.

Series partner Flis Performance will be on site with three MX-5 Cup cars plus engineers and data analysts. Flis has prepared bespoke liveries for the three machines that celebrate the tradition of Mazda Motorsports while also bringing a ‘clean sheet’ design as the series readies for a new era in partnership with IMSA starting in 2021. Flis will also manage the ballasting process for the cars to ensure the kind of parity that the series is known for, with hundreds of passes happening every race as well as razor-thin margins of victory.

Presenting sponsor BFGoodrich® Tires will also be on hand, providing support for the on-track activity as well as one set of tires per driver.

The MX-5 Cup Shootout Scholarship winners will be announced at the close of the competition on Tuesday, November 17. Follow MX-5 Cup on Twitter (@GlobalMX5Cup) Facebook (Mazda MX-5 Cup) and Instagram (@GlobalMX5Cup) for the latest updates.