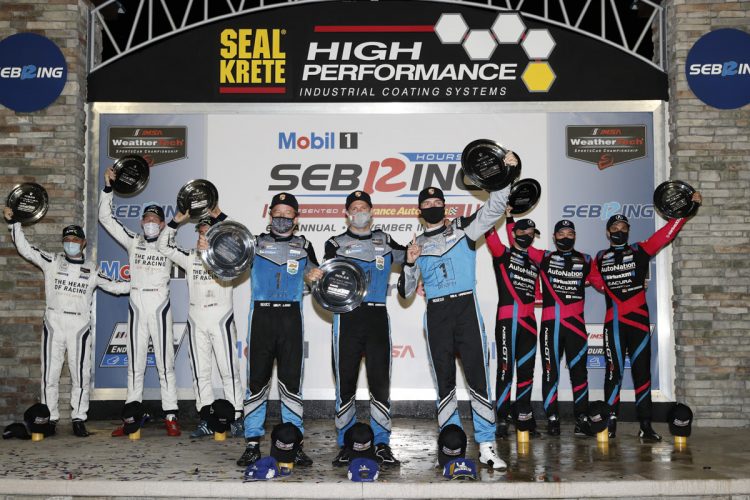 Meyer Shank Racing developed the Acura NSX GT3 ahead of its 2017 IMSA debut, raced to the first ever North American win in Detroit in 2017 for the platform and now has added a second championship title to their brand’s success in just its fourth season of IMSA GTD competition. 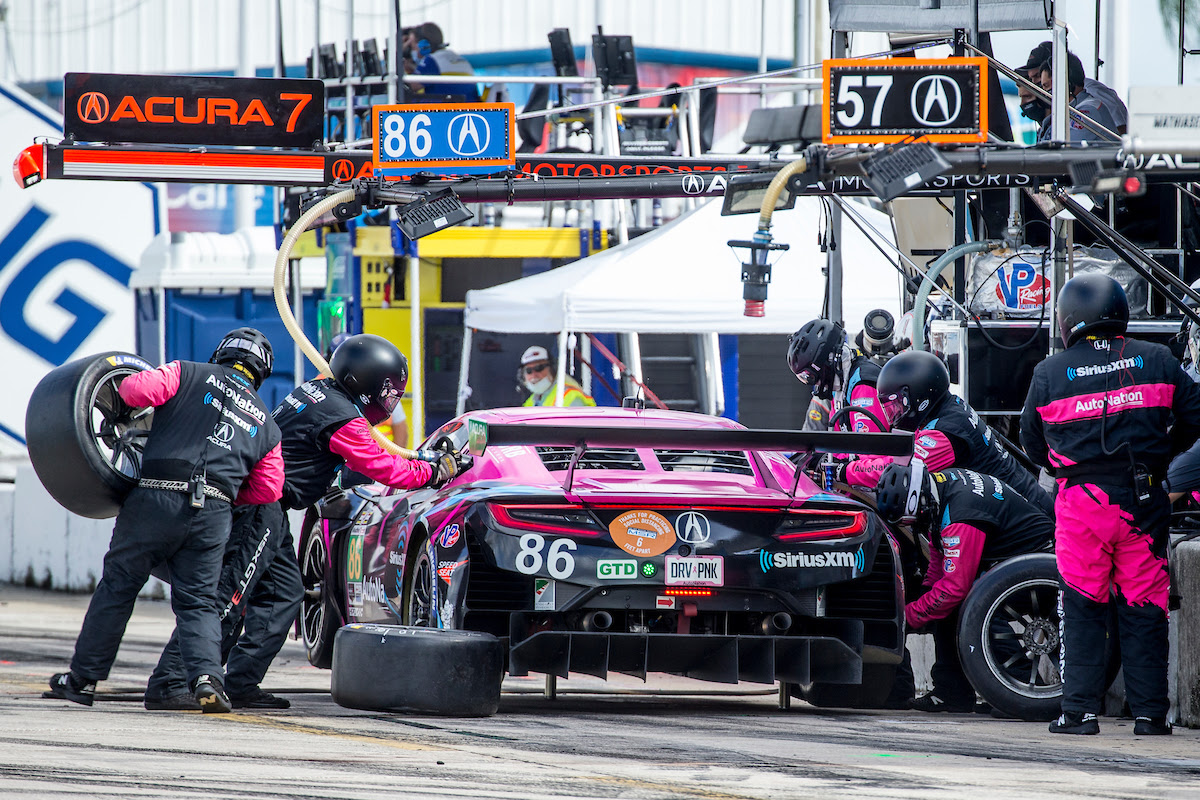 A whirlwind 2020 IMSA season saw the No. 86 Acura NSX GT3 go from a strong 14-point championship lead after claiming victory during the six hour race at Michelin Raceway Road Atlanta.

But the following three races were a tough pill to swallow as the MSR Acura sustained contact from other competitors and took the Farnbacher-McMurry-driven Acura out of contention, sliding down to fourth in the championship standings.

But persevering with a big win at WeatherTech Raceway Laguna Seca brought the No. 86 Acura back in the championship fight heading into the final round at Sebring.

The 3.74-mile circuit has proven to be a difficult match over the years for the Acura NSX GT3, but Meyer Shank Racing did everything in its power to prepare a race car that would make it the end of the most grueling race of the season with strong race pace through all segments of the day to night race.

Starting from eighth, it was a matter of staying in contention and fighting through the traffic and the heat. Michimi made it through a tough double stint to start the race and McMurry brought the Acura up to third during his stint behind the wheel. 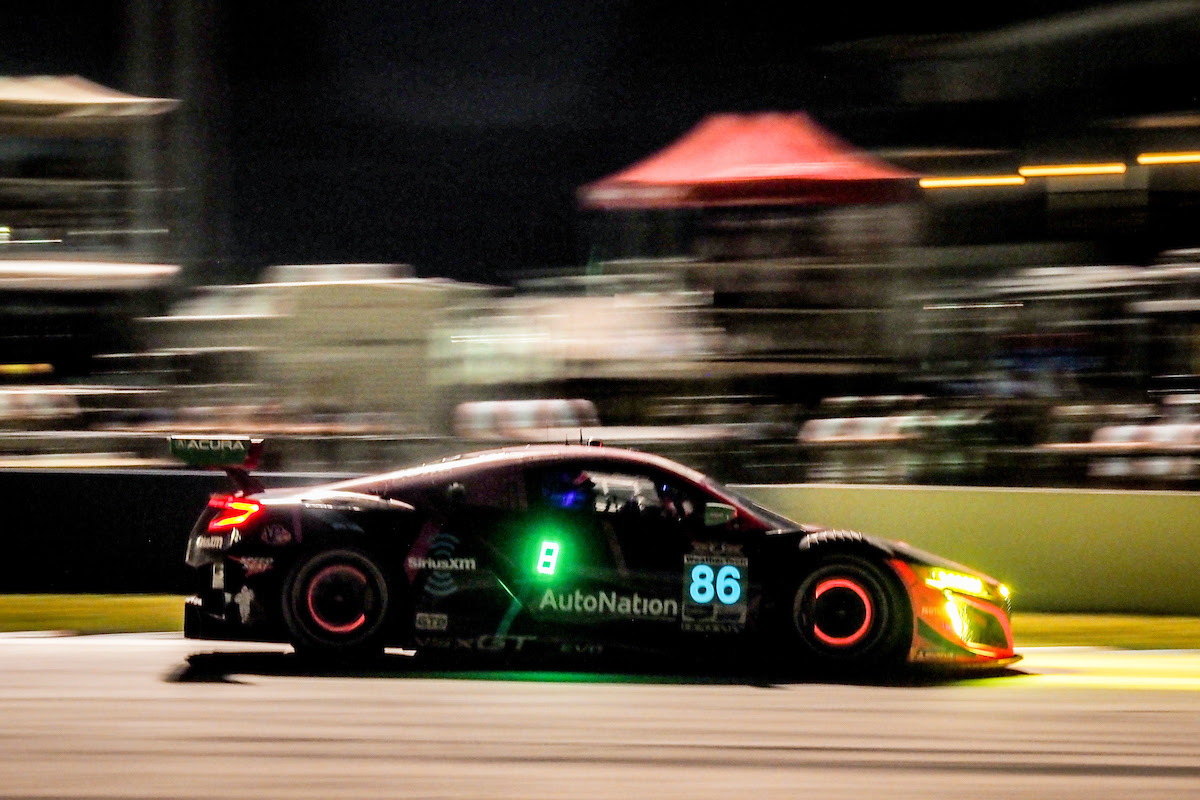 Running with quick and consistent pace in fourth, the 86 Acura was in a strong position heading into the second half of the race. As Farnbacher began his stint just before the halfway mark, the target on the back of the Acura once again appeared as the 2019 champion was hit from behind going into Turn 1. The contact sent Farnbacher in a 360 spin, but quick handwork by Farnbacher left the Acura unscathed and back in the fight.

Although still managing rapidly deteriorating tires, once the sun set the No. 86 Acura picked up pace. With three hours remaining Farnbacher had advanced six positions from the start to settle into second place.

A nail-biter final hour of the race saw one final caution period which bunched the field back together. But, Farnbacher’s final stint saw him advance to third where he claimed a thrilling podium finish.

“What a way to leave the Acura NSX program, with two years on top! Acura and HPD brought us in to run this car at a high level, and we did it. We won two championships and missed the third (2018) by one point, so that’s a dominant program. But my stomach hurts from all the stress. This was really hard on everyone today, but the guys stayed on the horse and they fought through it. The drivers did an excellent job and the crew work was great, the pit stops were flawless.”

“I started with the team as the third driver in 2018 and got the full-season drive last year and we won the championship, so to do it again this year, with Acura and HPD and Meyer Shank Racing, it’s amazing. We have an amazing crew as well. It hurts a little bit, that this program is ending, but a new chapter will open next year. It’s great to finish the season with the championship, and with a podium in this race!”

“It feels absolutely amazing to win the championship with Meyer Shank Racing. This year has been such an experience getting to work with Mario and the entire MSR crew. This race was not easy on us and we fought tooth and nail to get this result. To close out the year with a podium finish and the GTD championship is such an amazing feeling.”

“It’s awesome that we were able to get a good result as well as get the championship for Matt and Mario, they’ve worked so hard this year. For them to do that, for the team to get another championship in their final year with the car is so important. I’ll definitely remember this year; it was my first semi-full-time drive here and I’ve looked to IMSA for a really long time. It’s a dream come true to run this race, I can’t thank Mike, Acura, HPD and AutoNation enough for the opportunity and for supporting this car. It’s been a surreal year.”