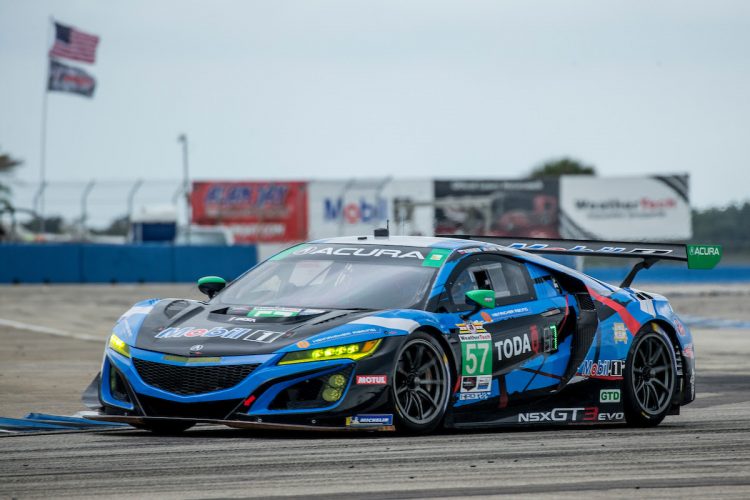 The sixth place finish added to a remarkable day of racing as the team’s sister car clinched the IMSA GTD team and driver championships, as well as bringing Acura to its first GTD manufacturer title.

A race that traditionally delivers 12 hours of grueling competition, the 2020 Mobil 1 Twelve Hours of Sebring was no different. After a tough qualifying run which saw the No. 57 Acura NSX GT3 start from 12th, there was plenty of time to make up ground.

Despite several instances of collision amongst the field, Goikhberg, Hindman and Hand worked together to avoid it all and bring home a clean Acura at the end of the day. 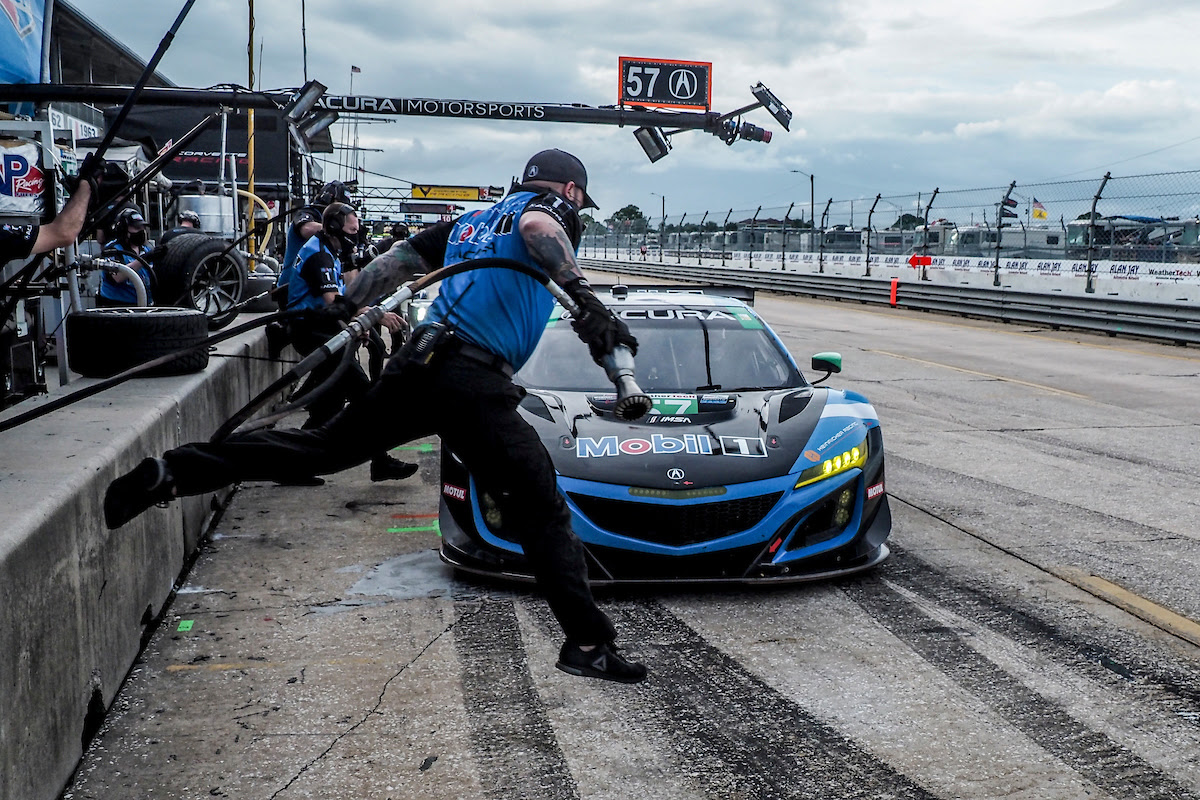 Once again executing flawless pit lane exchanges, the No. 57 Acura made up ground during each of its 13 pit stops. The race also saw the return of Hand, who made a comeback to IMSA competition after over a year away from action.

Following a whirlwind ten race 2020 IMSA schedule, the No. 57 Acura NSX GT3 closed out the championship sixth in the standings.

“This year has definitely been a journey but I can’t thank everyone at Meyer Shank Racing enough for everything they have done to make my first season in GTD a good one. Sebring is always a tough race and this year wasn’t any different. We struggled a bit with the car and at times the tire wear was so noticeable it felt like we were driving on ice. But the crew did a great job to try and balance that out during stops. Thank you to everyone at the team and HPD and Acura for a great season.”

“If you told me 12 hours ago that we would finish sixth and potentially have a shot at a top five I would have said you were full of it. We really struggled this weekend, and I think there were a lot of factors outside of our control. But I’m grateful first and foremost to the Meyer Shank Racing guys for pushing and making changes, even when things looked bleak. That’s why this team is back-to-back WeatherTech GTD champions. We got some revenge from last year as well, getting Acura that manufacturer’s championship, which is great. Huge thank you to Mike, everybody at HPD and Acura Motorsports, and of course our entire crew, for a phenomenal effort all year long. I’m excited to see what these guys can do in DPi next year.”

“I love Sebring. I’ve won here many times, so I was excited to come back. I’ve raced against Mike (Shank) since Formula Atlantic in 2001, so it’s cool to come to this team. You know it’s a spot-on team when you see guys who were here in 2001 that are still working with the team. That’s a big deal. I had a great time, even though we had a tough go with our car all weekend. You always want to win and be on the podium, but it wasn’t for lack of effort, we fought through it. We tuned the car all day and we got what we could out of it. I came in here thinking it would be kind of odd, joining a team that was running for a championship, and not knowing anyone on the team, but they welcomed me with open arms. It’s all about the people, in the end – the best part of this program is the people on the team, and that starts at the top with Mike. I hope it’s not my last time here, I had a good time.”