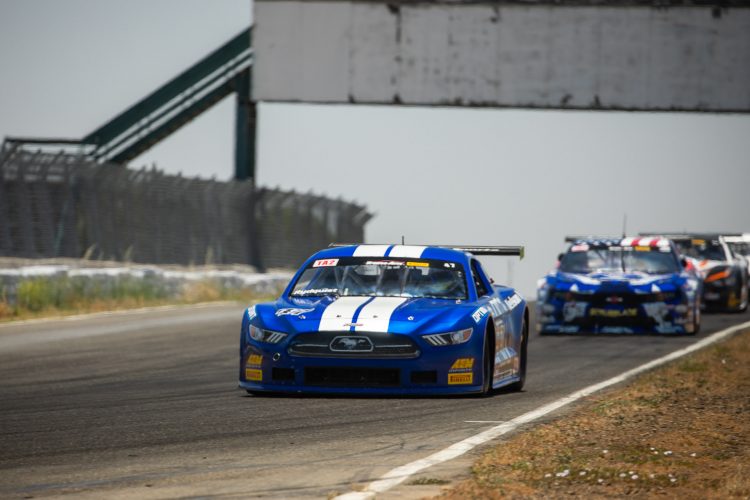 SHELTON, WASH. (9 June 2021)- The Trans Am Series presented by Pirelli West Coast Championship will travel to the Pacific Northwest with Sportscar Vintage Racing Association (SVRA) to Shelton, Washington, for a weekend of vintage and sports car racing at the Ridge Motorsports Park June 11-13.

A mixed field of nearly 20 Trans Am, XtremeGT and SuperGT cars will take the green on Sunday at 10:30 a.m. Pacific for a 100-mile race, or 75 minutes, whichever comes first.

It’s the first outing for Trans Am on the newly resurfaced and re-curbed 16-turn, 2.47-mile road circuit nestled between Mt. Rainier and Mt. St. Helens, just 25 miles north of Olympia, Washington. While it is the inaugural visit for Trans Am at The Ridge, the high-speed straights, sweeper turns and heavy braking zones should hold some familiarity for the drivers from the last round at Thunderhill Raceway Park. The circuit designer for Thunderhill Steve Crawford, also penned The Ridge.

The West Coast TA2 class continues to grow and attract top talents from around the world, three countries – Canada, Mexico and the United States – will be represented this weekend, creating a true Trans American lineup.

Carl Rydquist leads the TA2 championship chase by 15 points heading into Round 4. The rookie is undefeated in the No. 47 Racecars4Rent/GroupWholesale Ford Mustang.

“Never been to The Ridge before, but I have nailed it on the sim,” said Rydquist. “We unlocked significant setup performance at the last race, and are very excited to see how it carries forward. The track setting reminds me of the Swedish forests around my grandparent’s place and I hear the Northwest fans are truly dedicated, so I look forward to good vibes all around! A lot of top regional names will be on the grid to make it a special race, the event will be awesome.”

Rydquist’s closest points rival Tim Lynn will miss this weekend due to scheduling conflicts, allowing competitors like local driver Jeff Holden, who is third in the championship, to close the points gap.

“My family comes first in my priorities and due to my daughter’s college graduation, I’m unable to attend the race,” said Lynn. “I’m happy with our last few outings and will attend the remaining events and see where the points end up. Good luck to the CHR team. Big D (Darrell) Anderson is the one to beat at The Ridge.”

Big D Anderson, as Lynn referred to him, is rookie Darrell Anderson. While his results don’t reflect his efforts, Anderson has been a top competitor in the No. 45 Park Place Constructors Dodge Challenger but mechanical misfortunes in the last two rounds have kept Anderson off the podium. The California native matched Rydquist in laps led at Thunderhill before blowing an engine, he suffered a similar fate with his engine at Laguna.

After taking a year-long break during the pandemic, Lux Performance returns to the Trans Am West Coast lineup at The Ridge, fielding two Dodge Vipers in the SGT class. Team co-owner Cindi Lux will drive the No. 5 LuxPerformance/BlackRockCoffee Dodge Viper for the team.

Lux made her Trans Am debut in 2015 with a victory at Brainerd in the then TA3 class. Over the course of her Trans Am career, Lux has amassed four victories, eight pole positions and 22 podiums.

“It has been a lengthy wait and I am so ready to finally get our Viper bad boys back out there,” said Lux. “It has been way too long since we have been able to crank it up and go racing with Trans Am. Having a new track to invite the championship to is really exciting. We know The Ridge track well as we normally do our pre-season testing there because of the considerable elevation changes. It’s tight and will put a real premium on track position. Our goal is to practice and qualify well and then try and hold our own in the race. If we are further back on the grid, then it’s going to be real exciting for the fans because we are unloading with the goal of doing well in front of our family and friends. All we can do is dust off our hotrods and try our best.” 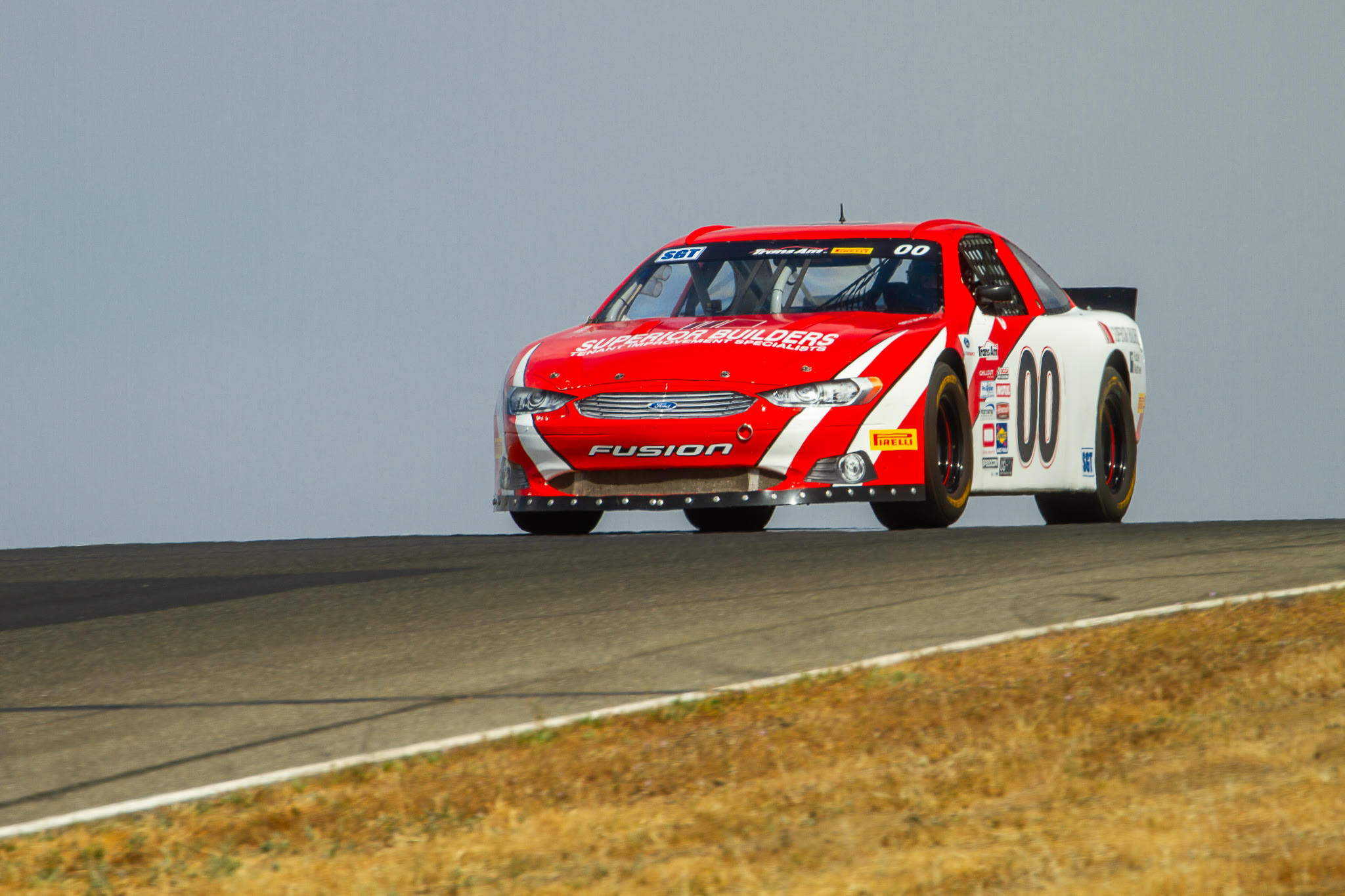 Lux will have stiff competition though in the class as class championship leaders John Schweitzer (No.00 Superior Builders Inc Holden Monaro) and Rudy Revak (No. 60 Racecars4Rent Chevrolet Monte Carlo) are dueling for the championship lead. Schweitzer has a mere four-point advantage over second-place Revak entering the weekend.

Steve Goldman returns to the roster in the TA class after a winning run at WeatherTech Raceway Laguna Seca in No. 13 LIG Racing Chevrolet Corvette. The Seattle native is looking forward to the 300 feet of elevation change, including the 50-foot plunge into the front straight.

“I really appreciate the Trans Am series having a race in the Pacific Northwest this year,” said Goldman. “I believe there are great drivers and fans in the Northwest who love the history, rumble and competitive racing that Trans Am offers. Even though I live in Seattle, I haven’t yet had the opportunity to race at the Ridge. Everyone I know who has been there has nothing but great things to say about it so I’m really looking forward to it.”

The Trans Am Xtreme GT Class was created to give former GT3 cars a place to race. The class is open to a wide range of GT3 machines as well as custom packages from individual teams and race shops. This weekend, for the first time in Trans Am since 2017, a Lamborghini will race alongside American Muscle. Mike Sheehan will field the No. 49 Ferraris Online Lamborghini Gallardo as the lone XGT entry for the weekend. 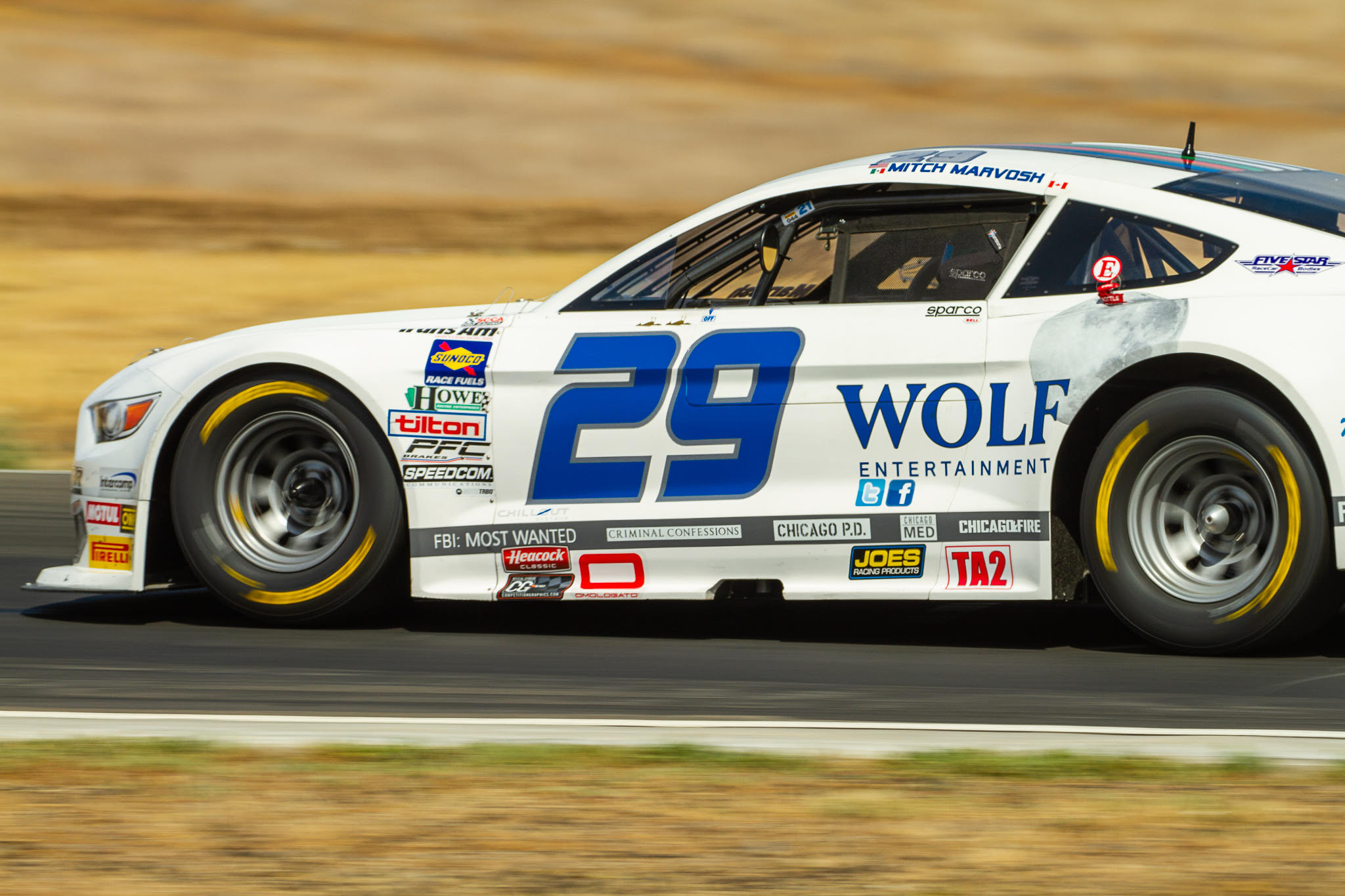 The Trans Am Series presented by Pirelli West Coast Championship will host a full day of testing on Friday, followed by practice (11:30 a.m. Pacific) and qualifying (3:30 p.m. Pacific) on Saturday. The weekend will conclude on Sunday with a 100-mile (41 Laps or 75 minutes) all-class race at 10:30 a.m. Pacific. Gate will be open for The Ridge SpeedTour to fans (TICKETS) and live timing and scoring will be available on www.GoTransAm.com/LiveTiming.