Trans Am TA2® Championship in Full Swing at Brainerd 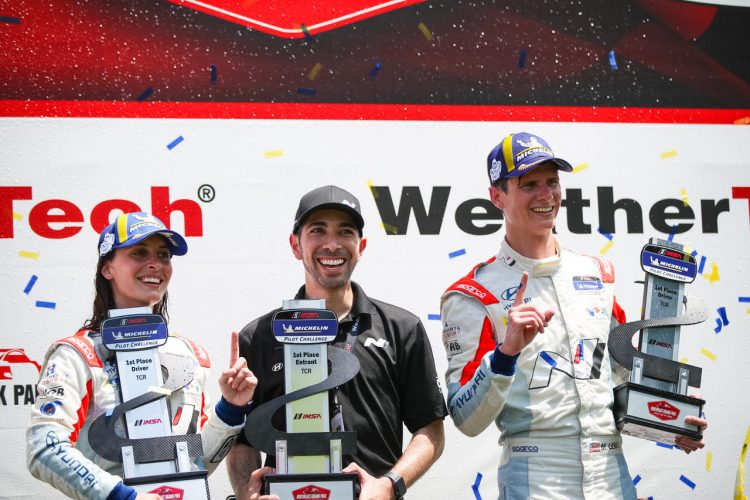 Hagler increases her championship lead with her first professional win 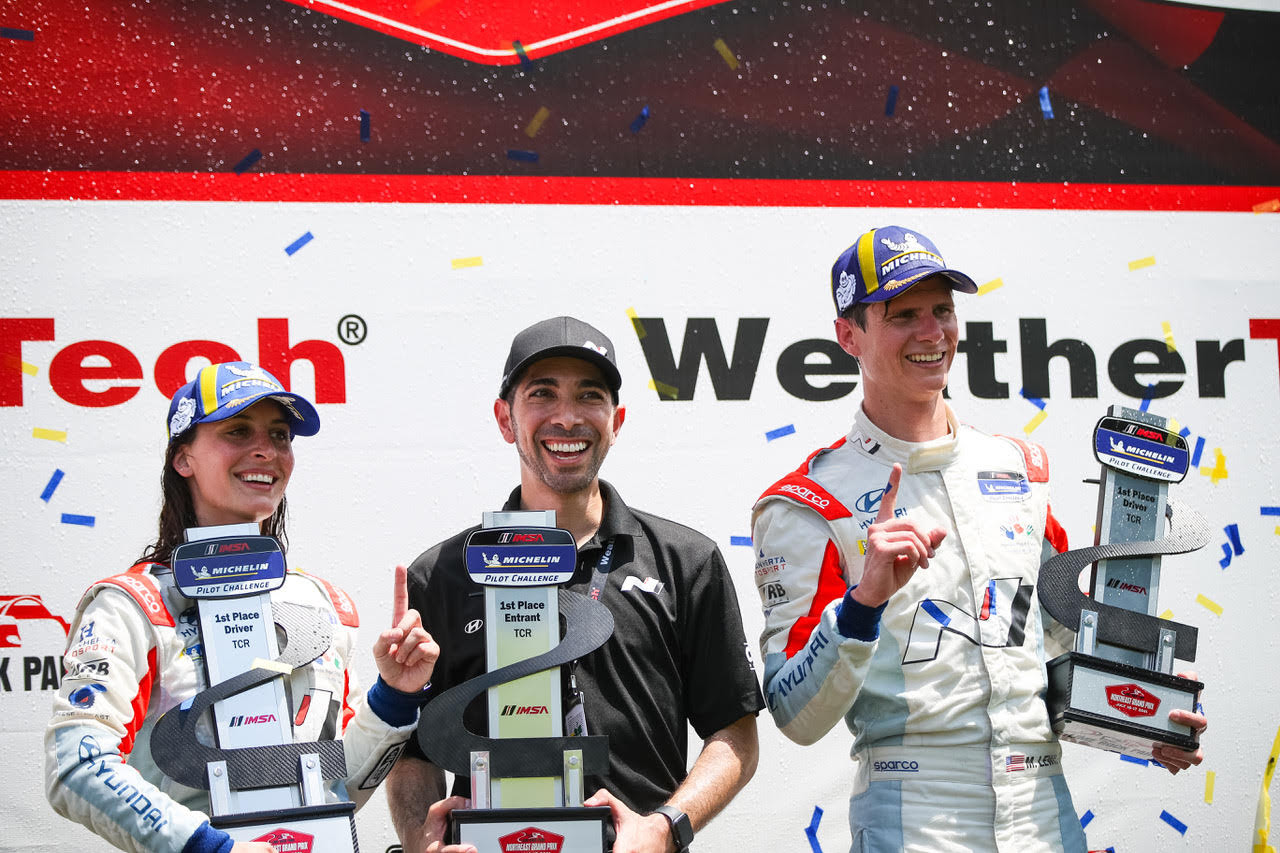 Hagler and Lewis didn’t put a foot wrong all weekend, putting their No. 77 Bryan Herta Autosport (BHA) Hyundai Veloster N TCR through its paces during the two-day event. Only in her sophomore season, Hagler was thrilled to earn her first series victory at the historic road course.

“I’m overwhelmed,” said Hagler. “It was super stressful watching at the end! This is my first win in a professional series and so it means so much. Bryan Herta Autosport has been wonderful, the Hyundai Veloster N TCR has been an amazing car to drive and Michael has been the co-driver of all co-drivers to help me get this first win of my professional career. It’s been a long time coming and we’ve worked so hard for this – extending the lead on the championship is a bonus!” 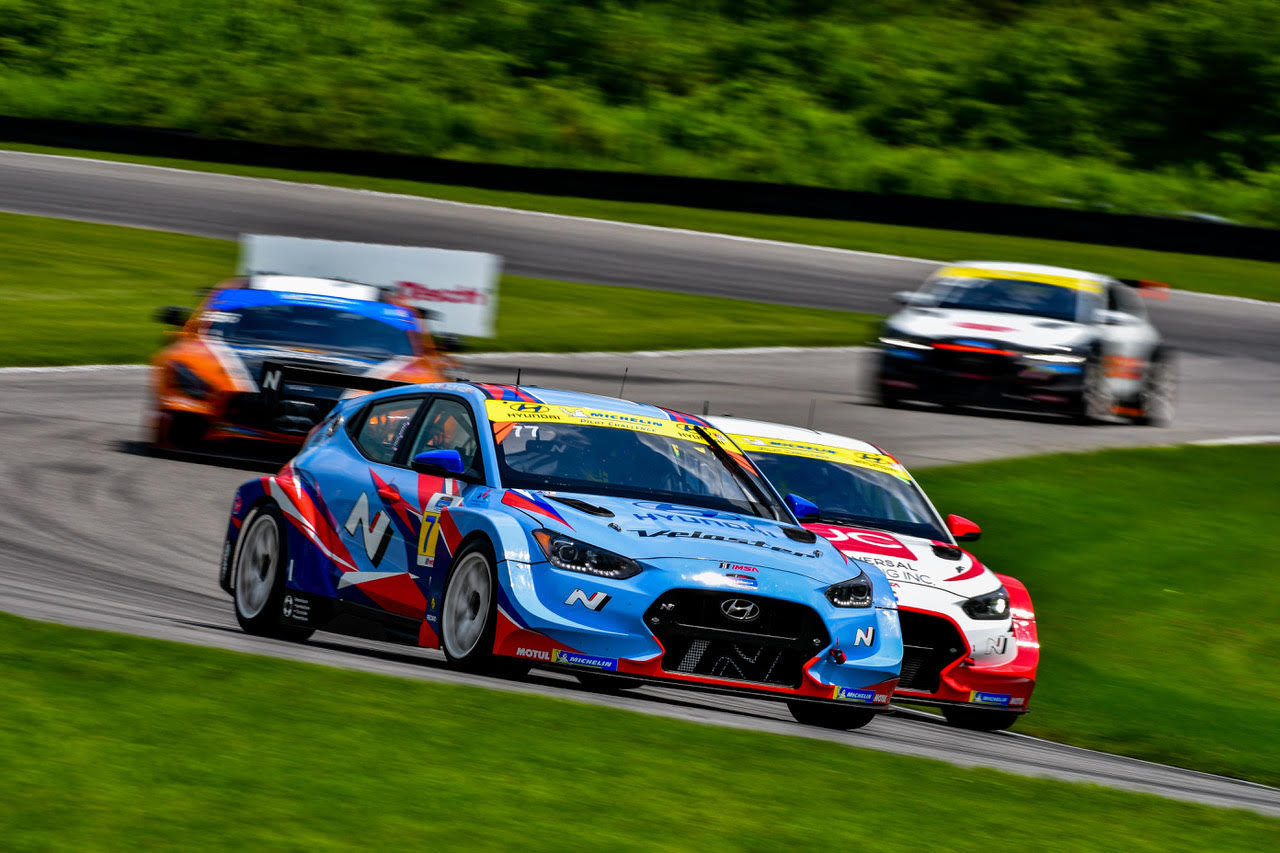 Hagler took to the seven-turn, 1.478-mile track for the first time in Friday practice, and quickly learned that with 35 cars on track, maneuvering space would be at a premium. Added to the mix were hot and humid conditions that challenged both team and driver. Hagler qualified the No. 77 Hyundai in seventh position, her top qualifying effort of the season, with a lap of 1:55.059-seconds.

“The car was perfect,” said Hagler. “Unfortunately, I hit traffic late in the session, but I’m very happy with the car and where we’ll start. The plan will be to stay out of trouble early – without the split start between classes, it could be hairy.”

Hagler’s comment proved to be prophetic, as the early laps were a mix of chaos and cautions in a race that saw a total of five yellow flags in two hours. Taking the green flag in sixth position after a penalty to a competitor moved her up one spot on the grid, Hagler was tagged by the Audi behind in the inevitable first lap scrum but did not suffer significant damage. Two full course yellows totaling 11 of the first 14 laps slowed her progress but by the second restart, Hagler had moved into fourth position. 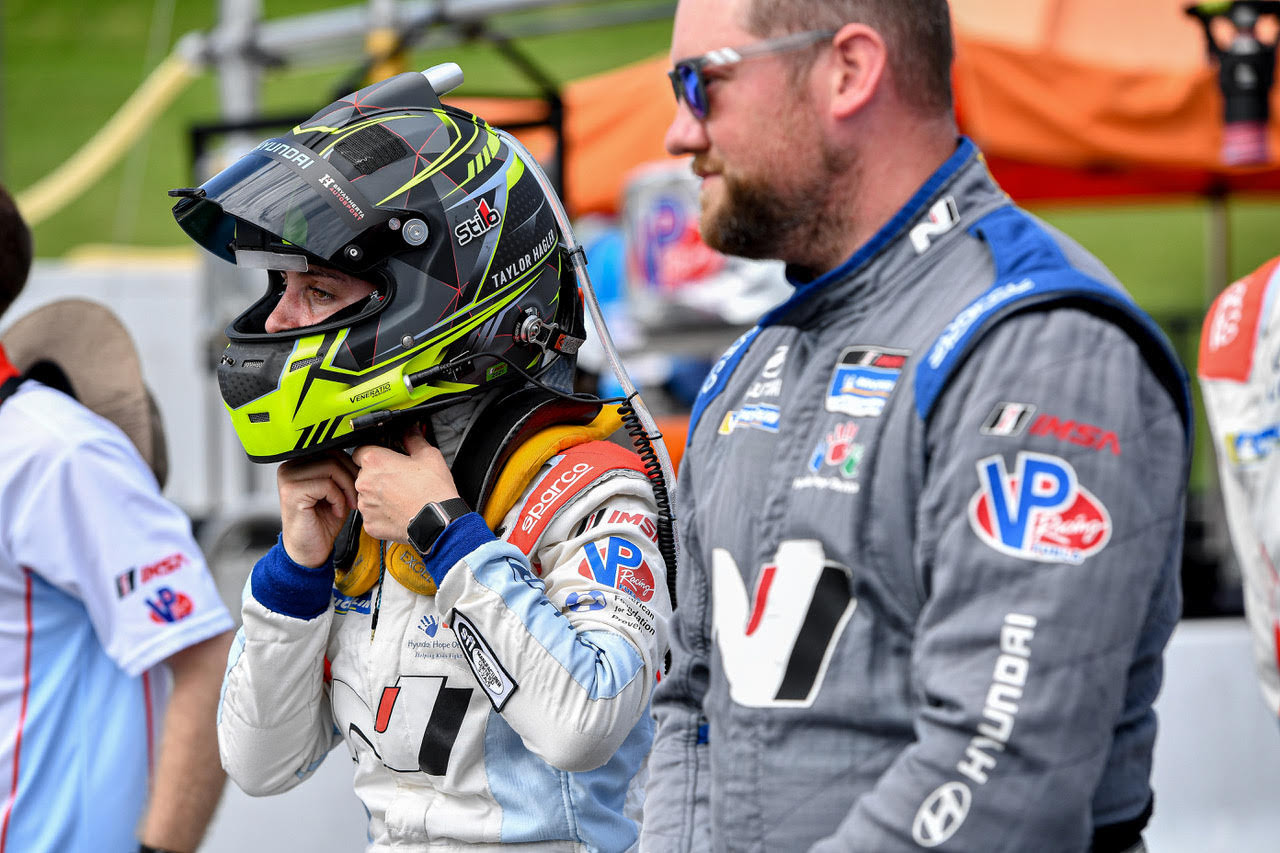 Settling into a rhythm once the race returned to steady green flag running, Hagler posted solid race laps, her times among the TCR class leaders. Steadily maneuvering in traffic while also managing tire use, Hagler focused on consistent lap times and hitting her marks. When another caution flew on Lap 31, the team made the decision to pit for fuel, four Michelin tires and a change to Lewis.

“The start was a big, jumbled mess,” said Hagler. “I wasn’t packed up at the start but since everyone piled into Turn One, that didn’t affect me that much. I just kept my head down and tried to stay out of trouble – and traffic. The most important thing was to run consistent lap times and bring the car to Michael in one piece and in good position. In races like this, where it’s so hot and the track is so small, hitting your marks is key. The more consistent you are during the race, the more consistent your podium finishes are – and that helps win championships.”

Part of the team’s strategy was to run the race on two full pit stops, thus freeing Lewis to run hard to the finish on fresh tires. The strategy worked perfectly, as Lewis was able to take the lead on a lightning-fast pit stop by the No. 77 crew late in the race. There were some anxious moments as Lewis bobbled on his out lap, but he patiently waited to retake the top spot for good to lead the final eight laps and take the checkered flag on top. 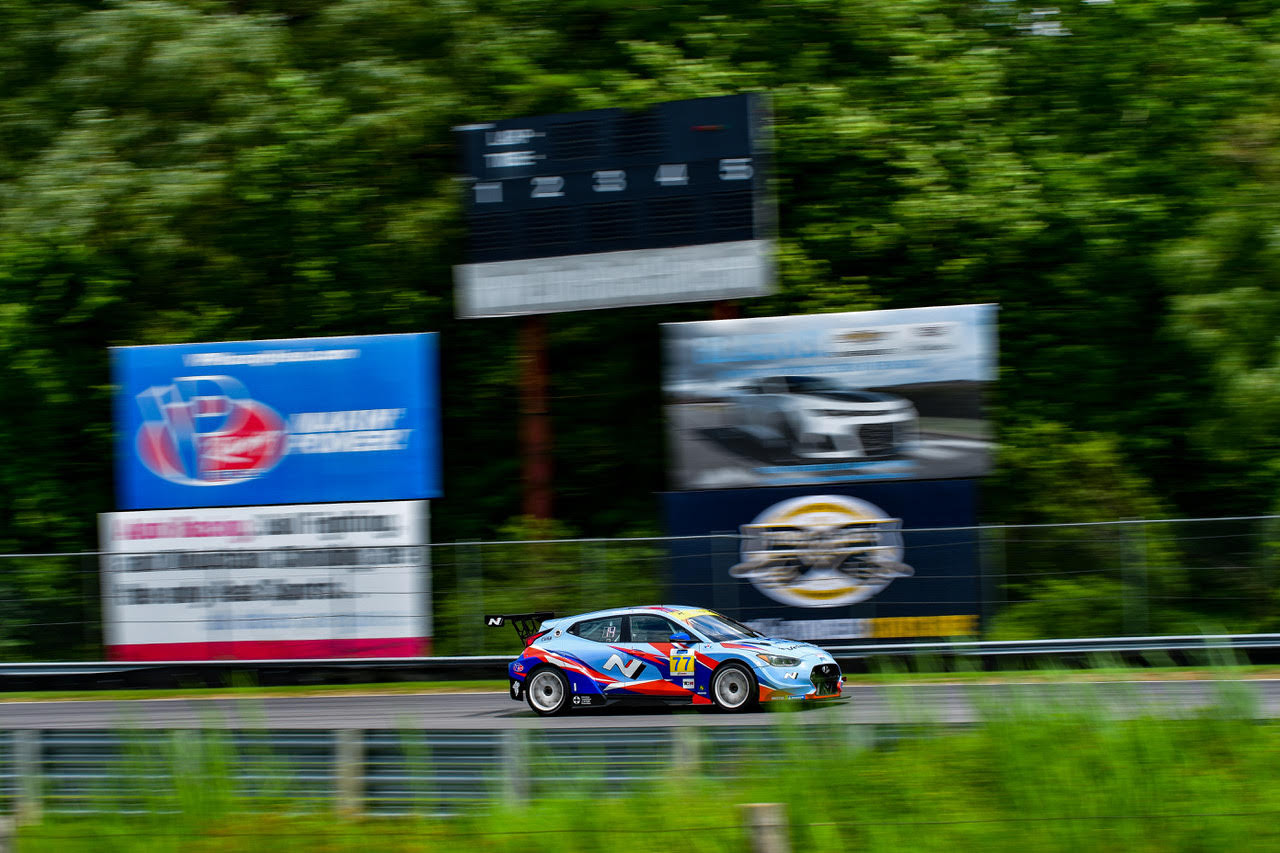 “The win is great,” said Lewis. “Taylor did such a great job today, getting the car into fourth position. She was fast and kept her nose clean, handing the car to me like a true pro. That’s what you want, both drivers up in front the entire time. The car was so solid, I feel like it was built for this track, it’s so tough and so balanced. It was a great race and a great strategy. It was tough at the end – I made a bad move and got freight-trained, but I knew I had the tires and the car to get back up there.”

Hagler and the BHA team returns to competition with the Road America 120 on August 7th, live coverage beginning at 4:35 p.m. Eastern on NBC Sports Gold’s TRACKPASS. 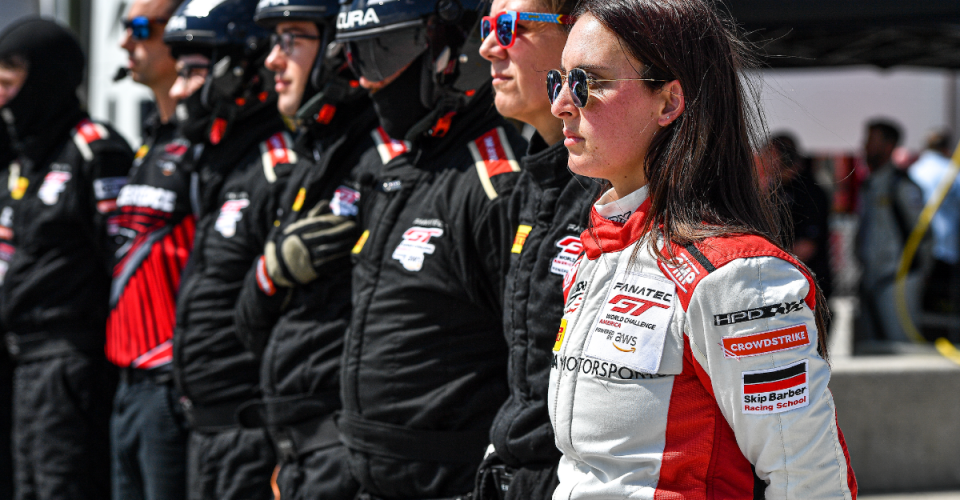 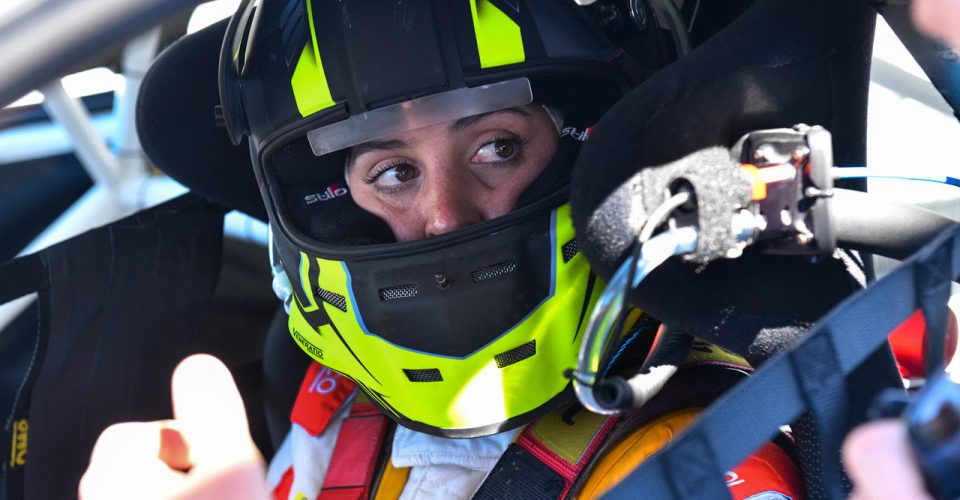 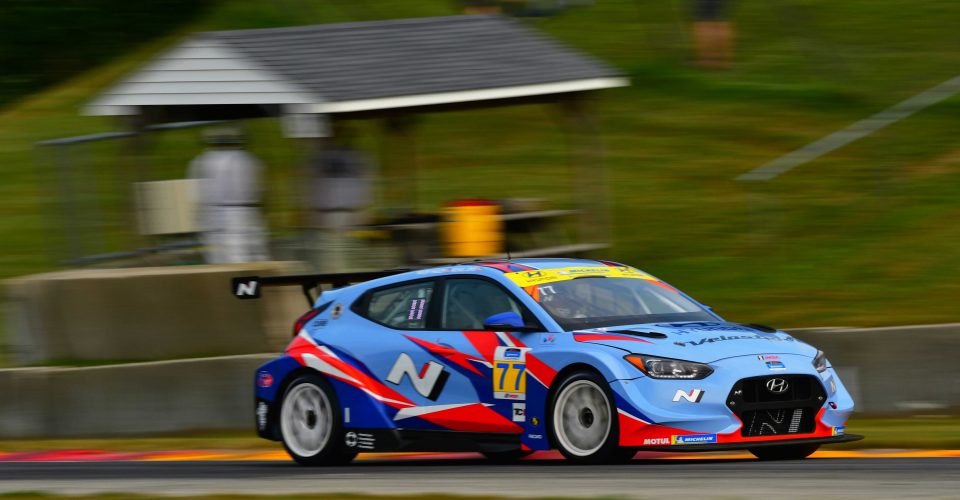