Matos Turns Up the Heat, Captures Brainerd Trans Am Pole 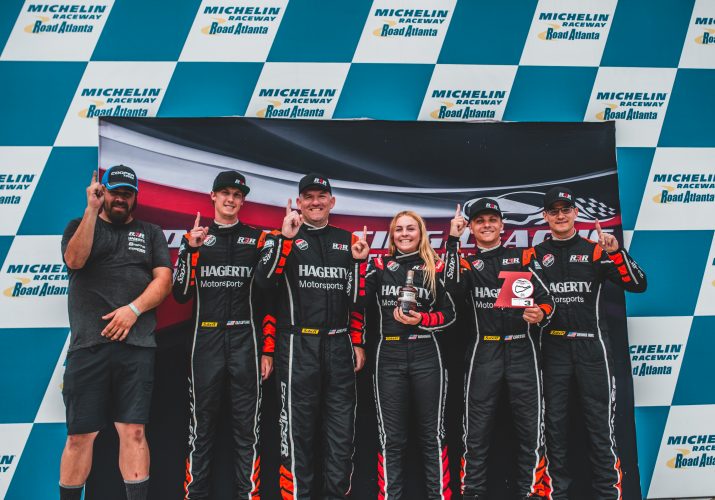 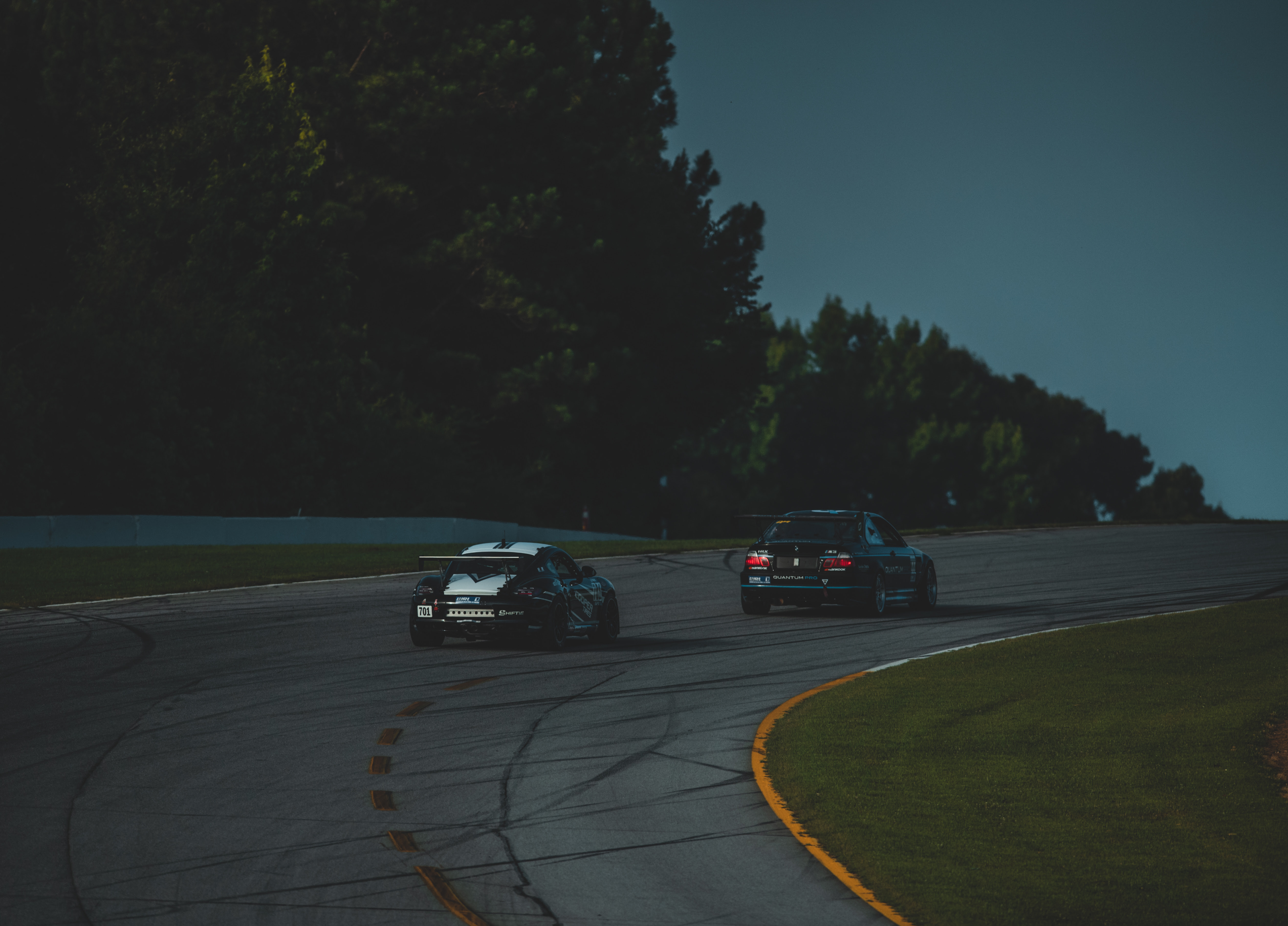 Braselton, Ga. (17 July 2021) – Round 3 Racing (R3R) continued their World Racing League (WRL) dominance in the GP3 class with a victory at Michelin Raceway Road Atlanta on Saturday. The nine hour race opened the double-header endurance weekend – the seventh stop on the 2021 WRL calendar.

The class win is the third win and sixth consecutive podium finish for the No. 605 Hagerty Drivers Club Porsche Boxster. 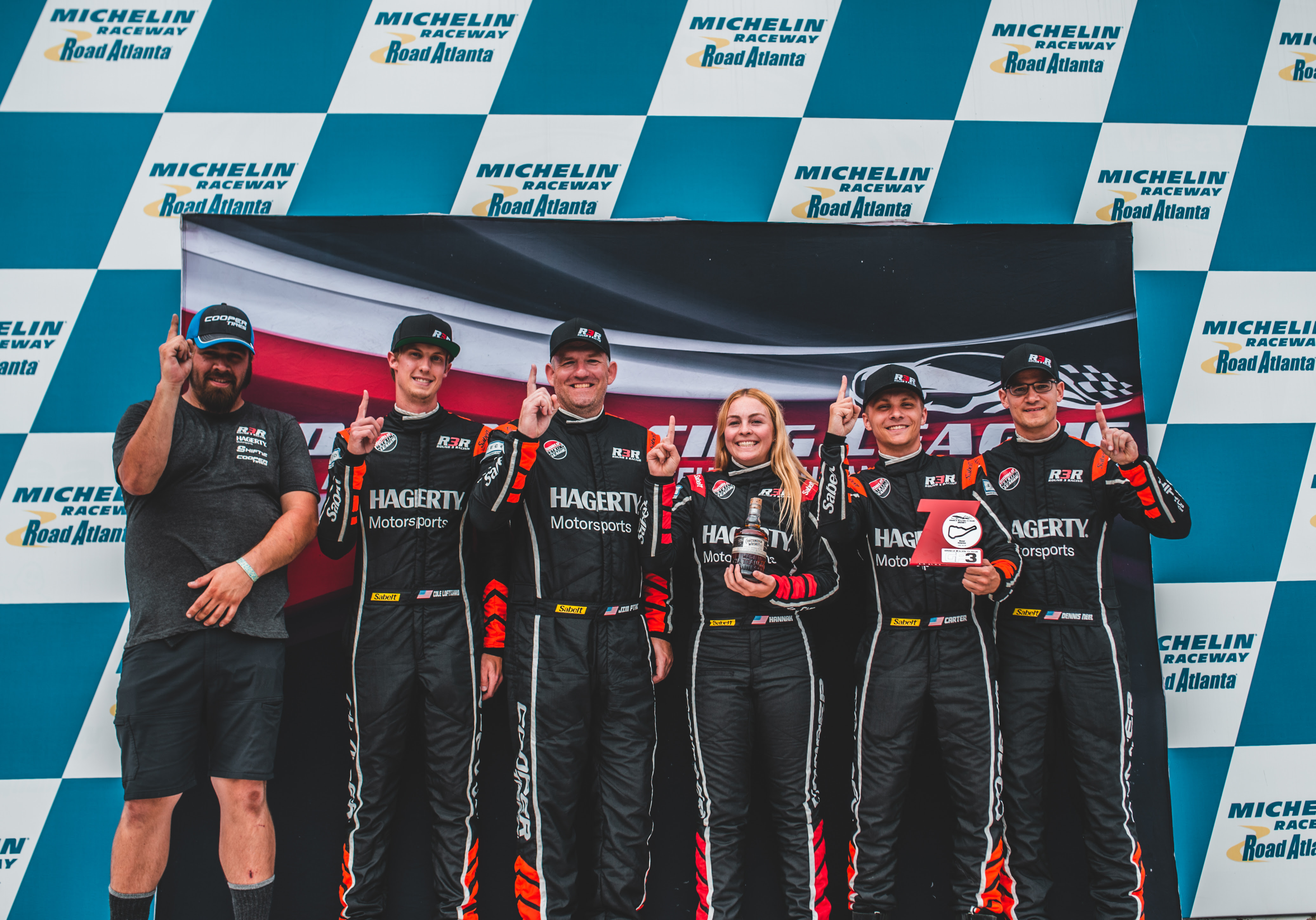 Carter Pease, Dennis Neel, Jim Ptak and Hannah Grisham claimed the top step of the podium in the GP3 class in the No. 605 Hagerty Drivers Club Porsche Boxster. The team of Hagerty drivers took the green flag from the pole position and never looked back. By the end of the opening hour, Pease had created a one lap lead to the position behind.

An ill-timed full course caution packed the field during the second hour. With Neel behind-the- wheel, he battled back through GP3 traffic to claim the top running spot once again on Lap 126. The combination of Pease, Neel, Ptak and Grisham stretched their lead to three laps.

On the final lap, Neel brought the No. 605 Hagerty Drivers Club Porsche Boxster across the finish line in first – claiming the GP3 class win.

“Winning today can only be described as elation,” said Pease. “There’s a lot of high quality drivers and high quality cars here, so it’s just really great to have this result come to us. Today really is just a testament to the program that Brad and Buz (McCall) built here at Round 3 Racing. Today’s conditions brought all types of curveballs to us. It was just hot, the sun was beating down but we were able to get the job done today.” On the third lap, close racing between the No. 701 and a fellow competitor resulted in contact forcing the Cayman off course in Turn 12. The R3R team quickly went to work mending the damage. Just one hour, 23-minutes later, Dadkhah suited up and returned to competition although outside of podium contention.

Heads down driving by Unser, Dadkhah, and Gilbert saw the Porsche click off lap after lap with Dadkhah setting the car’s fastest lap of 1:38.504-seconds on Lap 42. After nine hours of racing the No. 701 Team Cooper Tires Porsche Cayman crossed the finish line in fifth – the best result for the No. 701 entry since the introduction to WRL.

“It truly is amazing that we are standing here having completed this race,” said Dadkhah. “The incident early on challenged us and the team to recoup to finish the day. We know the car is great and capable of passing our GP1 competitors. Tomorrow we will be able to compete for a win and show off what this car is capable of doing.” 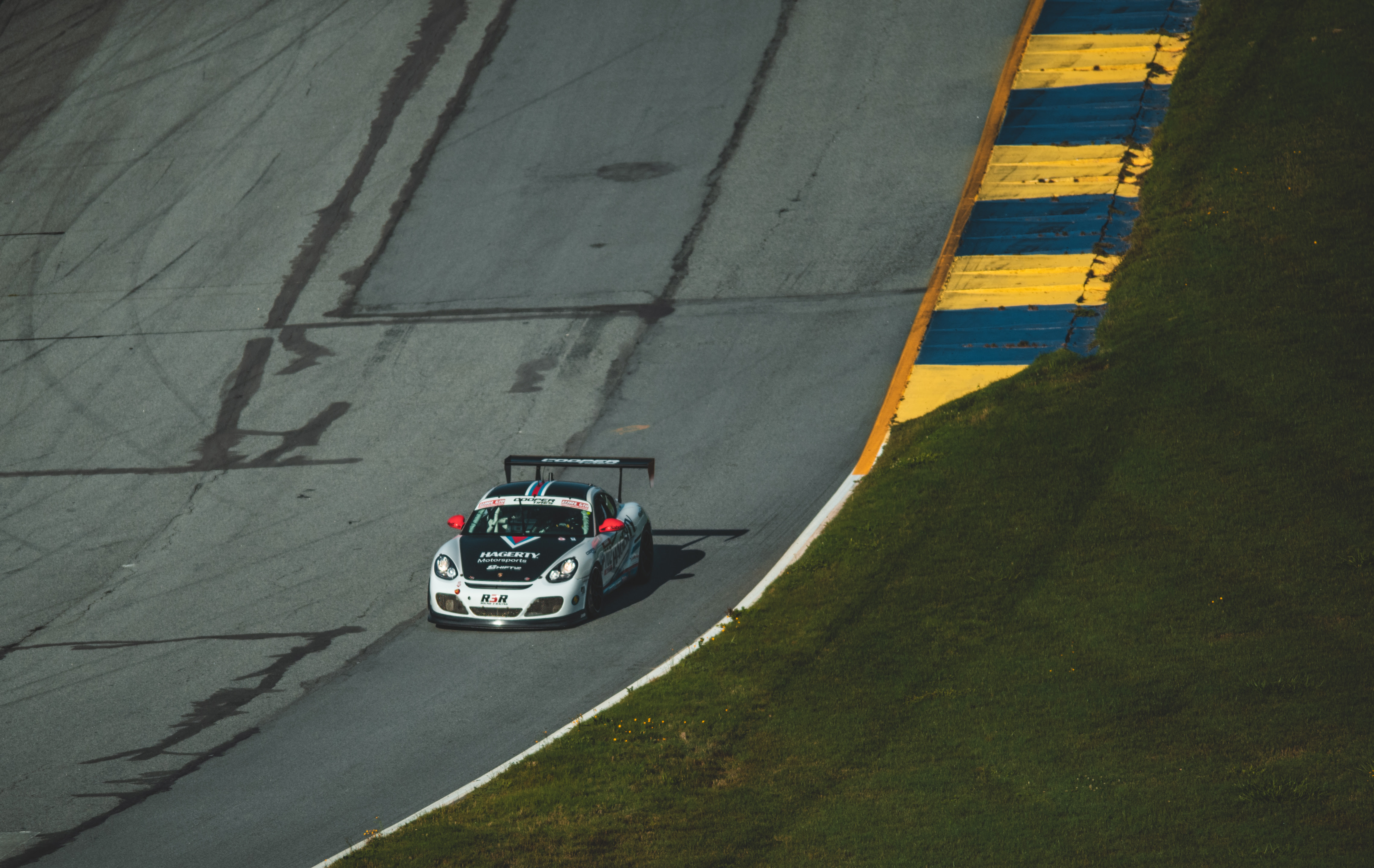 Lady Luck was not on the side of the No. 702 Team Hagerty Porsche Cayman today at Road Atlanta as an early retirement slotted the driver trio of Sarah Montomgery, Cole Loftsgard, and Brad McCall in 23rd.

Montgomery took the green flag from fourth, quickly settling into her position as the field navigated the 2.54-mile course. Completing her opening stint, Montgomery came to pit lane for fuel returning to the running order in 15th. It did not take long for Montgomery to move through the GTO field taking over the race lead on Lap 53.

A tough battle with the Georgia heat led to Buz McCall calling up Loftsgard who stepped up as the reserve driver for the No. 702. Although turning his first laps in the Porsche yesterday, Loftsgard proved vital to race strategy as he paced the field for 33 laps when he came to pit lane for what would be the final driver change of the day to Brad McCall.

As McCall worked through race traffic, a full course caution appeared on Lap 147. While clicking off caution laps a mechanical failure resulted in an electrical fire on Lap 149. Unfortunately, the damage proved terminal – ending their weekend prematurely.

Race two of the weekend at Michelin Raceway Road Atlanta starts tomorrow, July 18th at 8:00AM ET with seven hours of racing to conclude the weekend. Live streaming will be available via the World Racing League youtube channel (Youtube.com/RaceWRL) with live in-car camera available in the R3R entries. 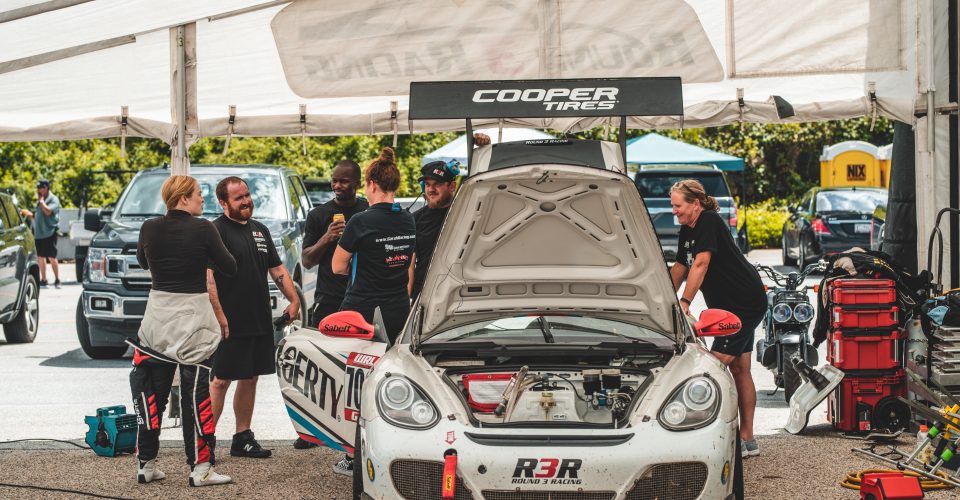 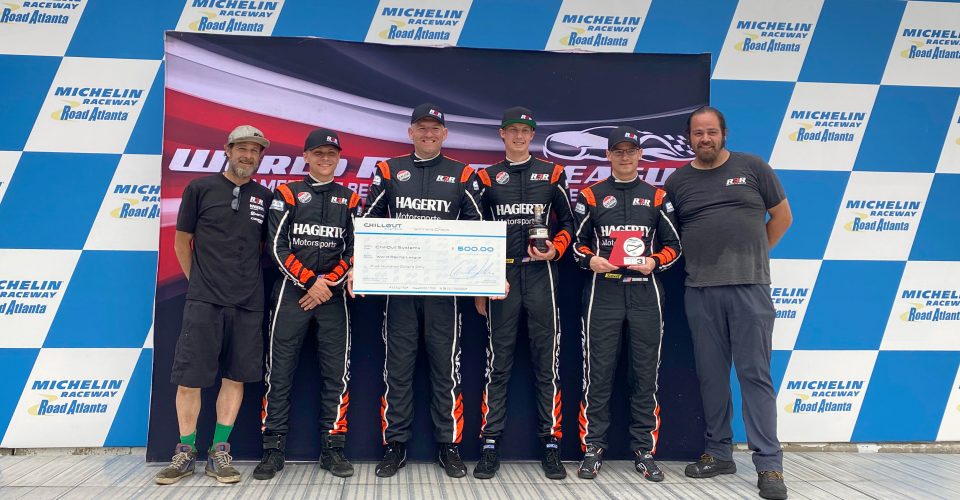 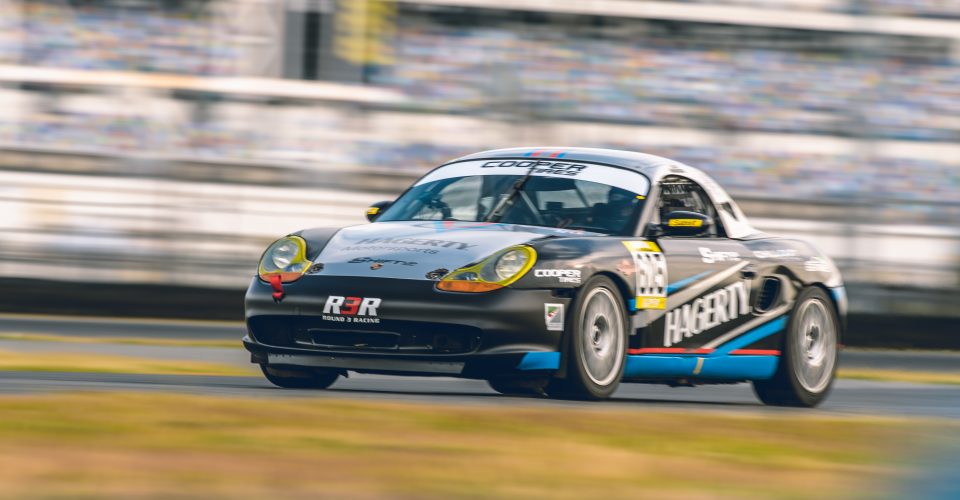