24 Hours of Racing Ahead for Round 3 Racing at Sebring 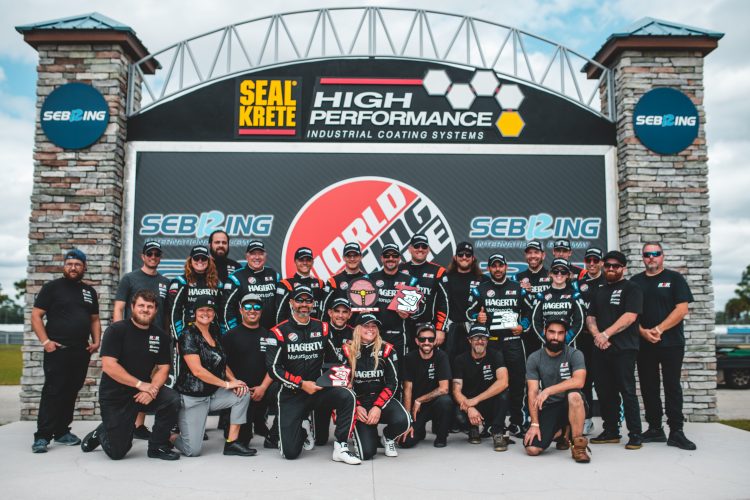 Sebring, Fla. (31 October 2021) – Round 3 Racing makes World Racing League history claiming victory in the inaugural 24 Hours of Sebring at Sebring International Raceway on Sunday. The No. 605 Hagerty Drivers Club Porsche Boxster claimed the top spot in the GP3 class with both the No. 701 Team Cooper Tires Porsche Cayman (GP1) and No. 601 Team Sentinel Porsche Boxster (GP2) standing on the podium in their respective classes. 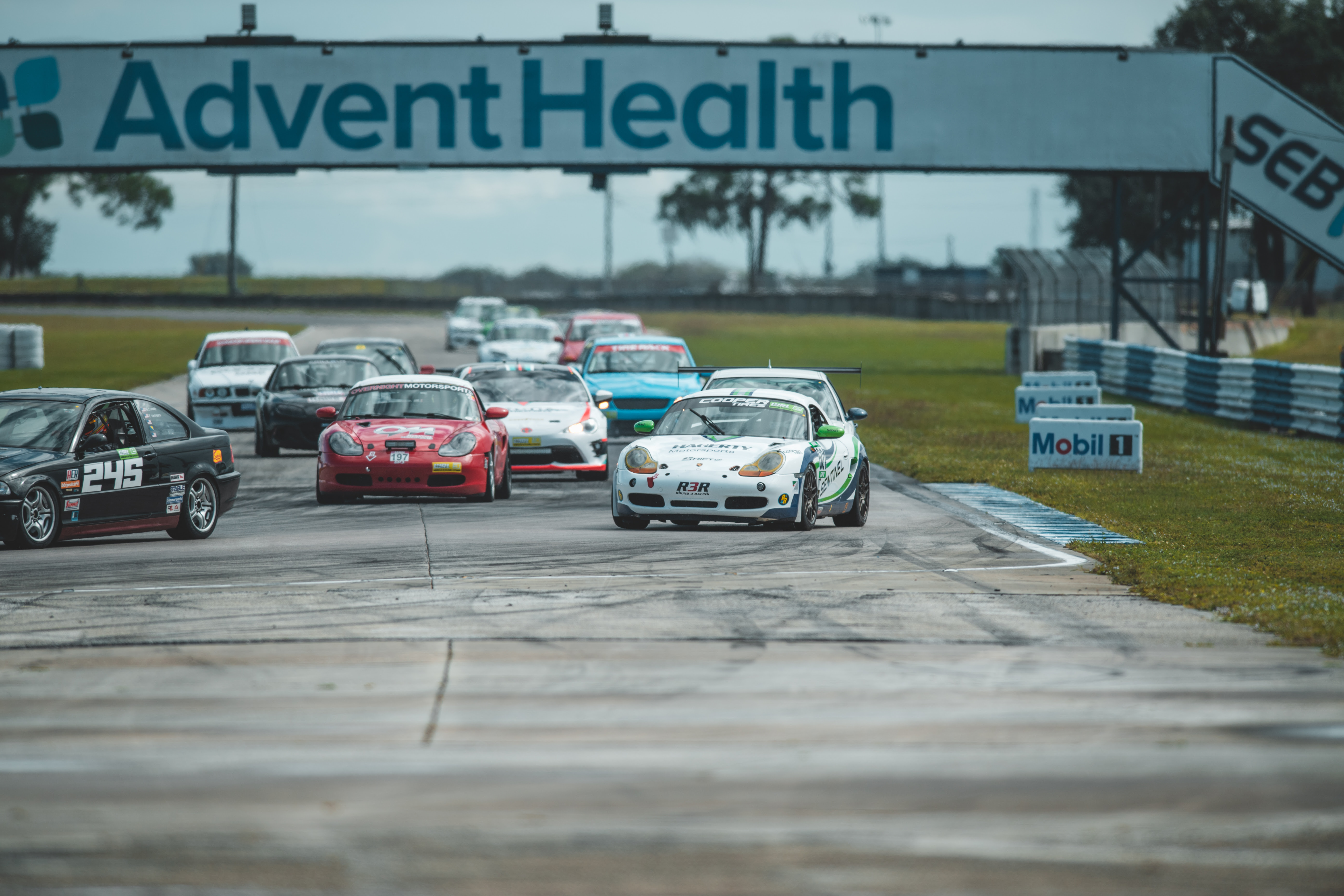 Morning rain made for a damp start for the three R3R Porsche entries but the starting drivers were primed for the green flag. Mike Gilbert in the No. 701 Team Cooper Tires Porsche Cayman led the pack starting second in the GP1 category. The No. 601 Team Sentinel Porsche Boxster also started on the front row of the GP2 class with Cole Loftsgard at the helm.

Carter Pease in the No. 605 Hagerty Drivers Club Porsche Boxster rounded out the field from 15th in GP3. He made quick progress running in the top five of the GP3 class when the first yellow flag appeared on lap 10.

The team of three Porsche entries settled into race rhythm, clicking off laps and executing pit stops every hour and a half. 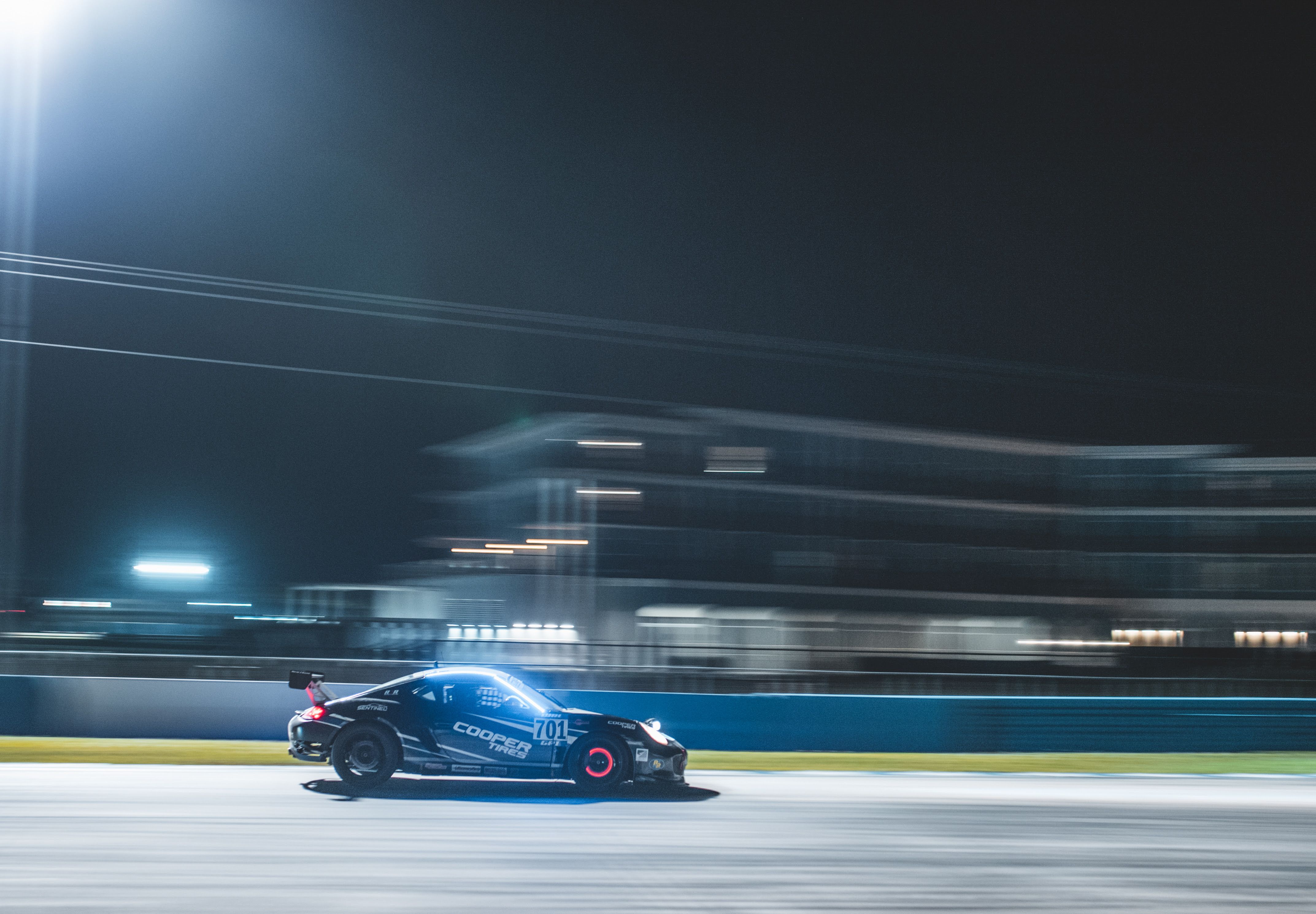 As darkness began to appear, things started to heat up on and off track. With Jim Ptak piloting the No. 605 GP3 Porsche, teamwork was key as team strategist Steve Mason made a last minute call to bring the Boxster to pit lane for fuel as a full course caution appeared. The call allowed Ptak to take over the class lead with 14 hours remaining on the race clock. He took the restart making sharp passes around the 3.74-mile Florida course to put two laps between the No. 605 and second place.

Mo Dadkhah and the No. 701 Team Cooper Tires Porsche Cayman hit a stroke of bad luck as a punctured tire caused internal wheel well damage as it limped back to the garage for repairs. Quick work by the R3R crew got the No. 701 back on course in under one hour and still in contention for a podium. 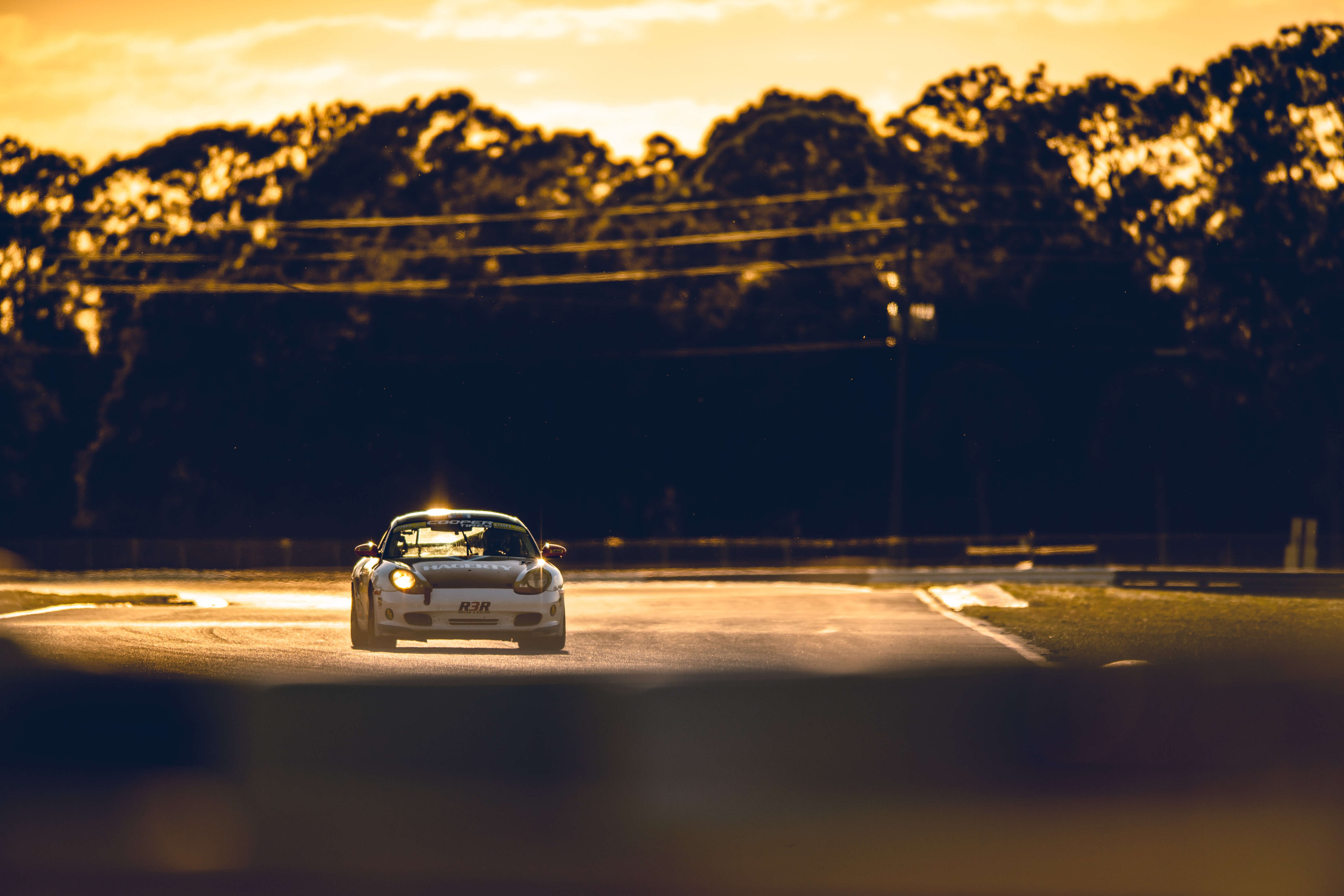 Taking the graveyard shift, Sarah Montgomery climbed aboard the No. 605 Hagerty Drivers Club Porsche Boxster in second but two laps down. She pushed through a double stint in the dark to return the No. 605 Porsche to the lead lap and within reach of the leader.

As over 12 hours of wear began to show in the handling of the car, the No. 601 Team Sentinel crew opted to switch out the brake pads on the Boxster. Maloof entered pit lane from second and just 13-minutes later rejoined the course. Minutes later, the No. 701 Team Cooper Tires Porsche Cayman made the same decision to replace their brakes. With fresh brake pads, Unser handed over control to Ghidinelli for a double stint. 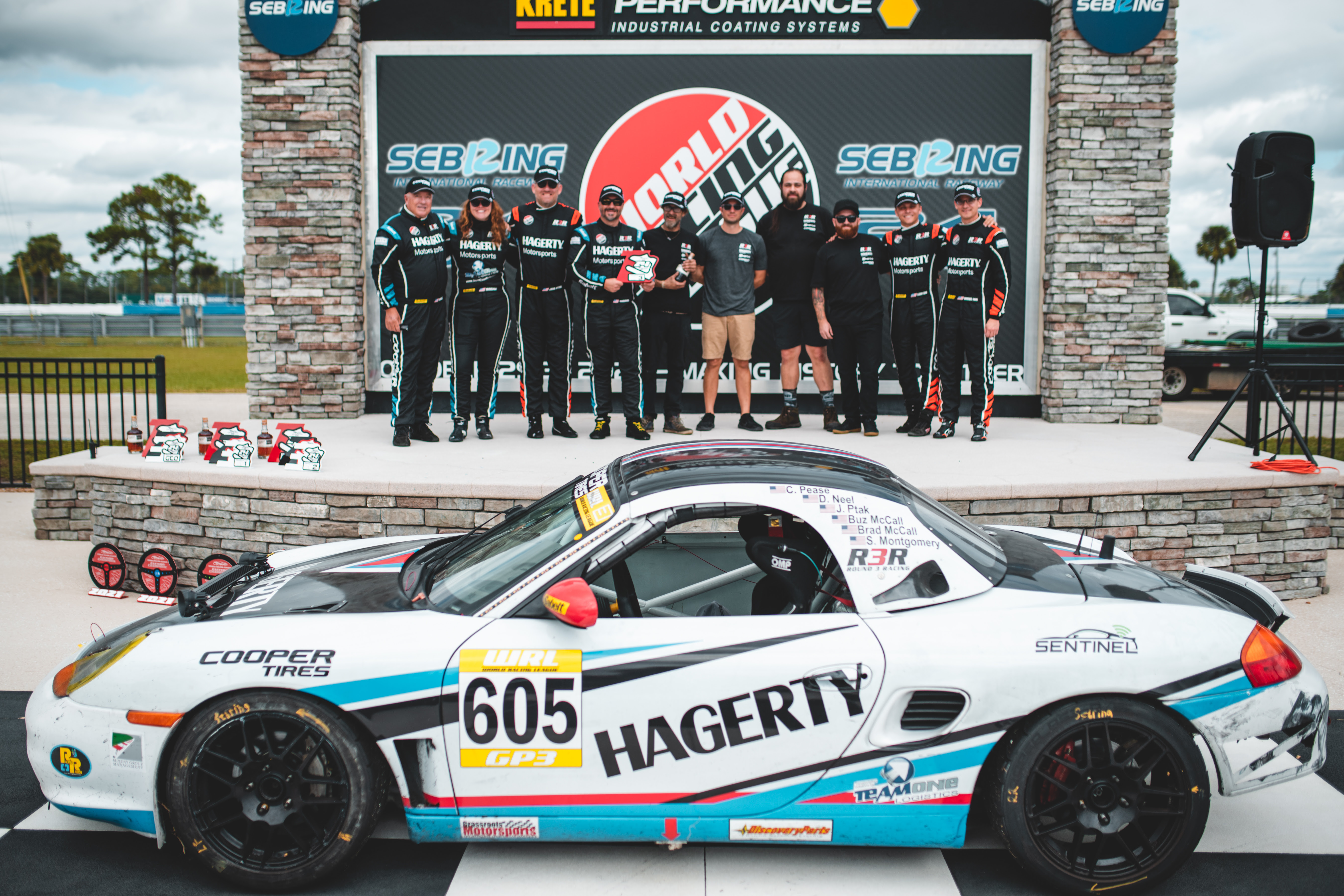 The sun rose brought new life in the hunt for victory. Each team of drivers executed hours of clean running in their Porsche entries.

With under one hour left on the race clock, adversity struck the No. 701 team again as a mechanical failure forced them to return to the garage while they ran in third. With a comfortable lead to fourth, the rear axle bearing was mended and Brian Ghidinelli nursed the No. 701 Team Cooper Tires Porsche Cayman to the checkered flag in third – the second podium appearance for the Team Cooper Tires lineup.

With 15 minutes remaining and 15 lap lead, Buz McCall strapped in the No. 605 Porsche Boxster for his first laps of the race. He completed five laps before crossing the finish line securing the GP3 class win. The win also clenched the Eastern Championship for the No. 605 Hagerty Drivers Club team.

Hannah Grisham brought the No. 601 Team Sentinel Porsche Boxster of Grisham, Christian Maloof, Cole Loftsgard and James Candelaria to the finish as the race clock expired in second place in the GP2 category.

“Wow, I am thrilled with these results,” said Brad McCall. “My dad (Buz McCall) and I actually had a dream that we would finish with a first, second, and third. It really is a dream come true. Every single driver and crew member contributed today and it was a team effort. We really didn’t know if these cars could last all 24 hours but they did. Trophies are nice but being able to celebrate and spend time together as not only a team but a family is the best part. A big congratulations are in order for the No. 605 team who secured their Eastern Championship and who are so close to securing a National Championship as well. It really was an amazing day.”

Round 3 Racing will close the 2021 World Racing League season at Circuit of the Americas December 3-5. 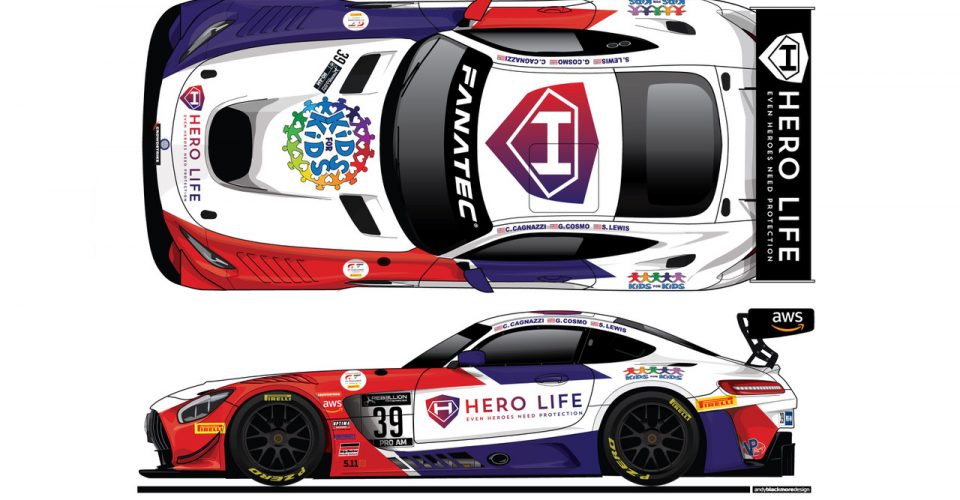 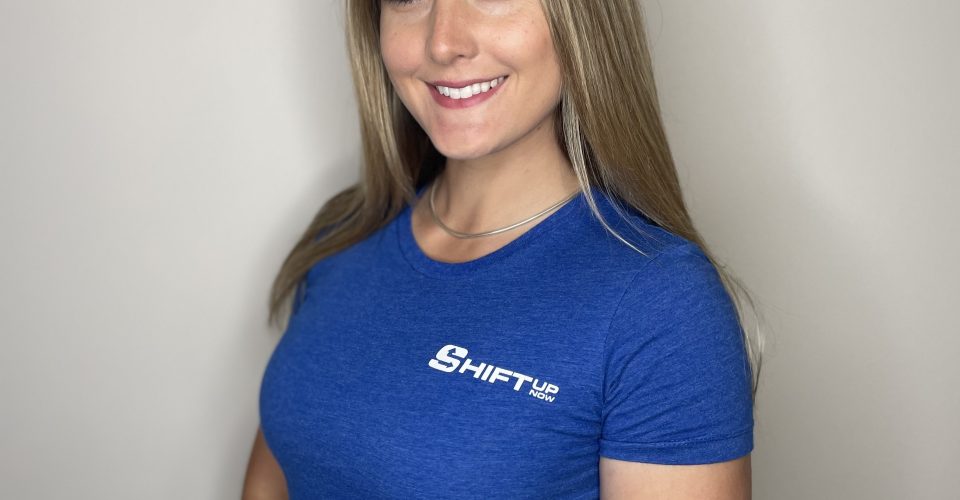 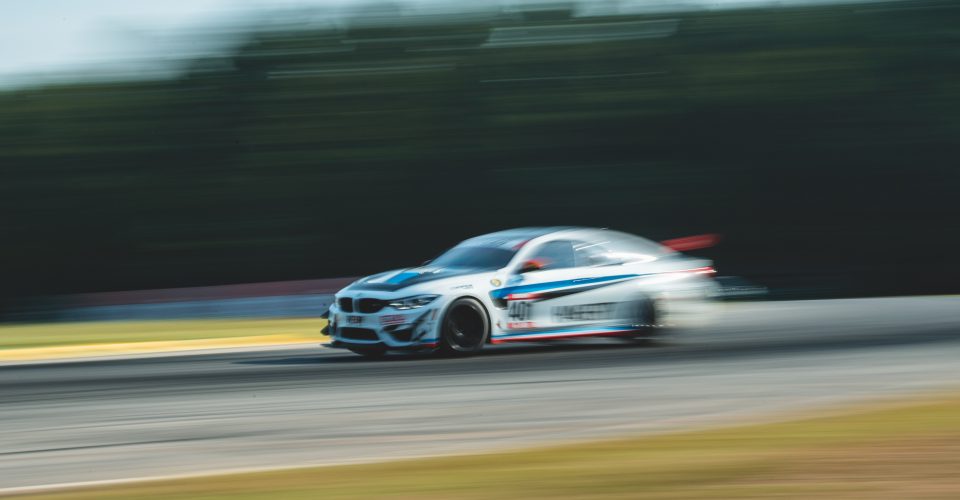