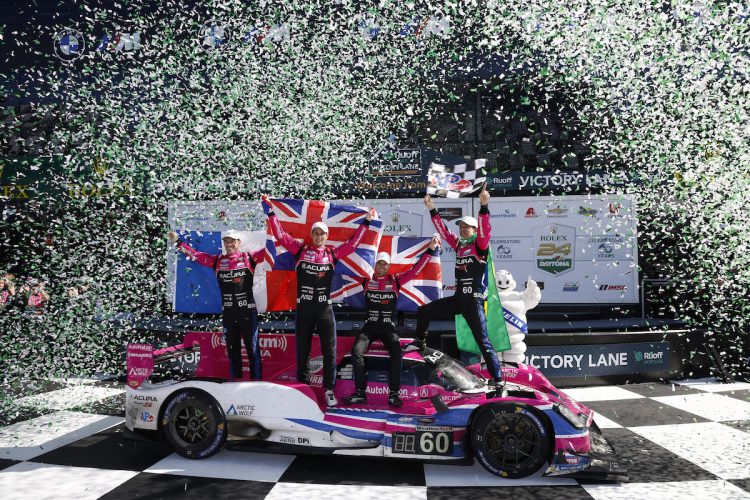 Ten years ago, victory in the 50th Rolex 24 At Daytona established MSR with Curb-Agajanian as a leading team in American sports car competition. After taking the checkered flag, team owner Michael Shank joined his four drivers and the entire team in climbing the start/finish line fence, repeating a scene from their victory in the 2021 Indianapolis 500.

“Winning the 50th and 60th is super-special,” Shank said of having won the 2012 and 2022 editions of the huge endurance event. “Winning the Indy 500 is great, but I’m so competitive, I was just going crazy today. We came out of the gate in fourth, but we went to work and made the car better. I’m very appreciative of everybody, including all of our sponsors and Acura.” 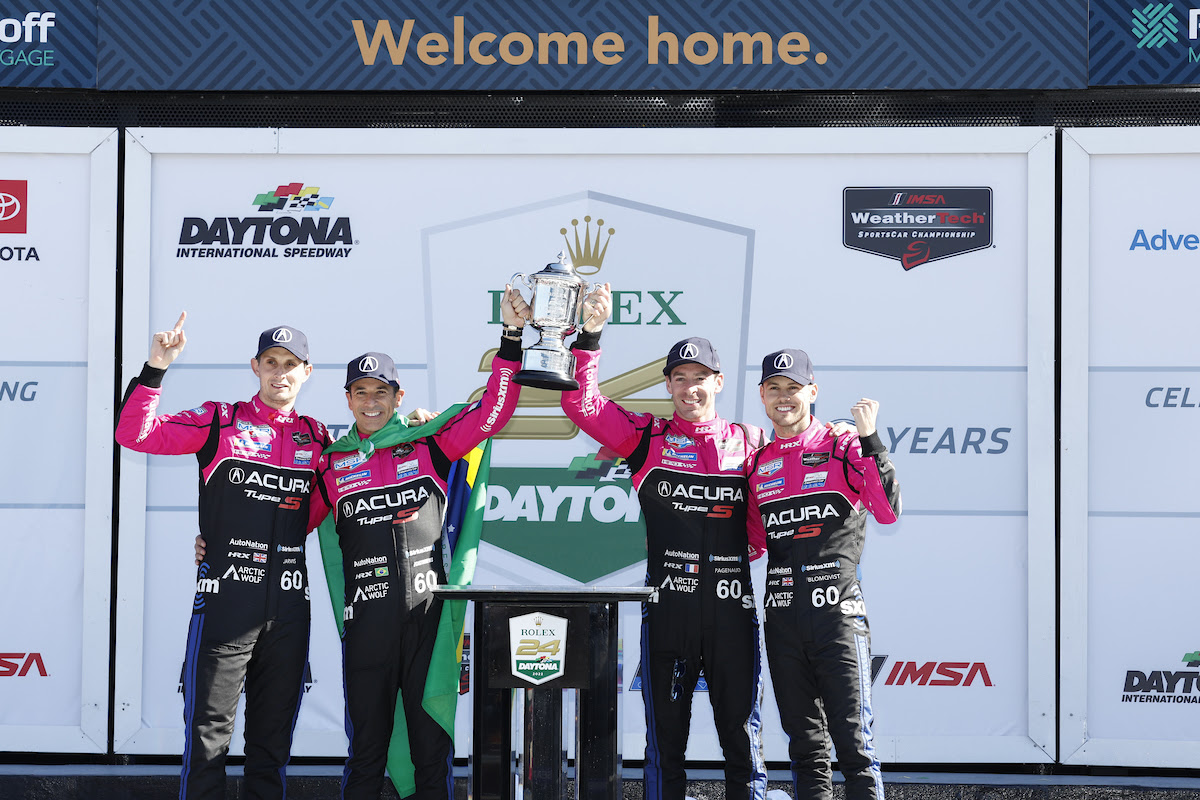 Castroneves won the 2021 Rolex 24. Sunday, the fabled four-time Indianapolis winner and IMSA champion added another significant achievement with his second-consecutive win at Daytona, leading the pack to the checkered flag by 3.028-seconds.

“We’re the king of the world now,” Castroneves shouted. “I’m 46 feeling like I’m 22. It was absolutely amazing. These guys gave me a great car, and kept telling me, ‘Keep pushing, keep pushing.’ I never dreamed I’d be climbing the fence at Daytona, and today I realized that dream. it. Absolutely incredible, everyone did their job. At the end I was saying, ‘Put me in coach!’ When you love what you’re doing, you got to keep going. I want to achieve my dreams and keep it going. Today, another one on the bucket list.”

MSR had only one hiccup in the race, when Castroneves cut a tire and had to limp to the pits three hours and 30 minutes into the event. Losing a lap, Shank’s group didn’t back down. The team worked its way back to the lead lap and was challenging for the lead at the midway point. For the final 12 hours, the hot pink Acura DPi was involved in an intense four-car battle for the lead.

“It’s so fierce out there, the competition is so close,” said Blomqvist, who led the race nine times for 80 laps. “It was literally like this every lap in the stint. Trying to manage fuel and everything, it’s madness. I really would have loved to have finished the race, but I had done four stints and I was fading. I was feeling really good in the car, but at that point, you can only make mistakes. It was a really weird race. At moments, we had so much speed, and at moments, we struggled with the balance.” 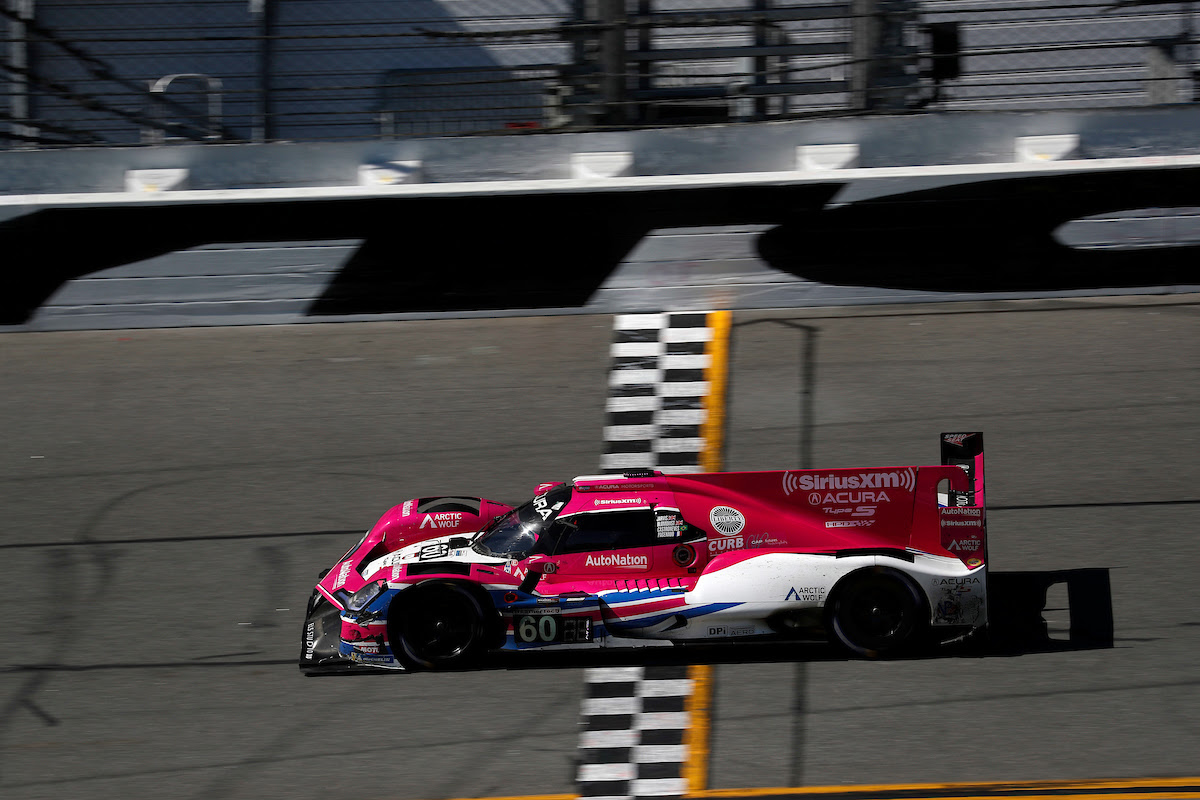 After delivering a stand-out stint in the closing segments, Blomqvist opted to step aside for the final hour, putting Castroneves back at the wheel with one hour, five minutes remaining. Castroneves cycled to the lead at the 23-hour mark, and was fighting off Cadillac driver Loic Duval when the final caution waved with 51-minutes remaining.

That set up the sprint to the finish. After a perfectly executed pit stop for fuel, the green flag waved with 30 minutes remaining, with Castroneves being chased intensively by Taylor, Derani and Duval.

Taylor made repeated charges in the closing half-hour, but Castroneves was able to grow his advantage and score another huge victory for the team.

Castroneves led eight times for 81 laps – including the final 32 – while Pagenaud led 11 laps and Jarvis five.

“It is very stressful when you don’t drive, because there are so many factors that can come into play, even on the last lap,” Pagenaud said late in the event. “I’ve been doing this for so many years. I’ve finished second, but this has eluded me for so many years. But in moments like this, that’s when Helio is at his best – under pressure, when he has to shine, he brings it home. It’s incredible.”

The victory came in MSR’s 19th start in the Daytona classic. 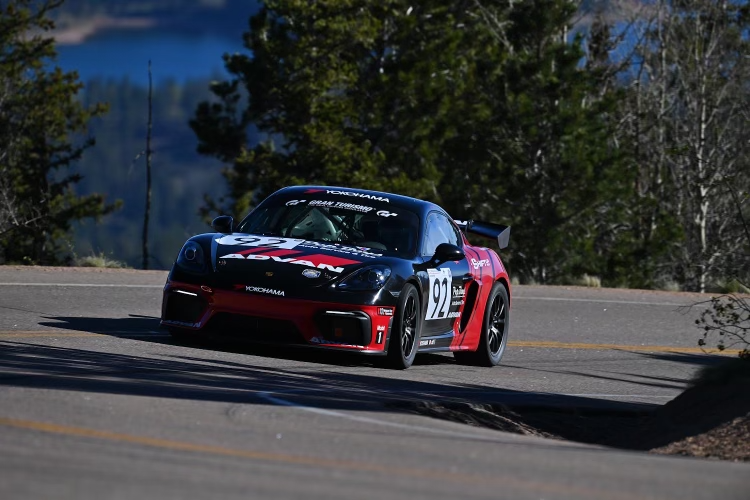 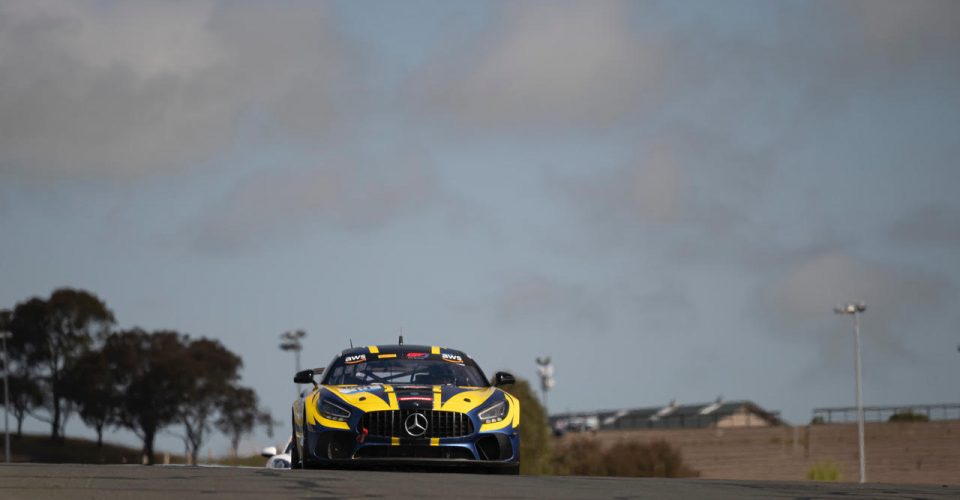