Round 3 Racing Heads to Sebring for Eastern Championship

Round 3 Racing Heads to Sebring for Eastern Championship 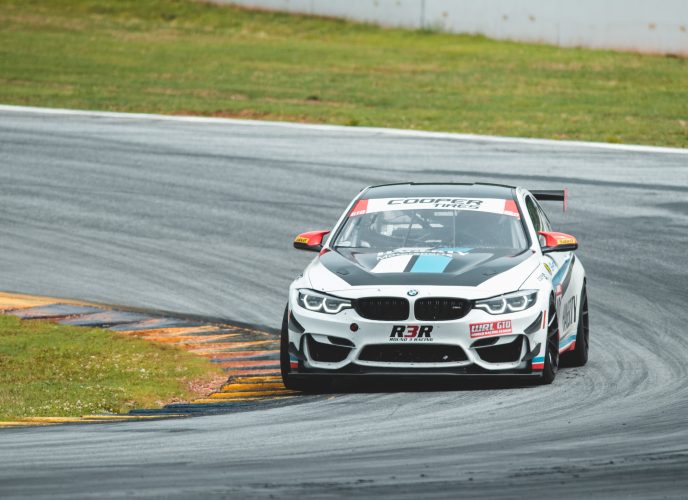 Sebring, Fla. (24 October 2022) – The World Racing League powered by Hagerty (WRL) will host its Eastern Championship this weekend at Sebring International Raceway ahead of the season finale at Circuit of the Americas (COTA) in December. Round 3 Racing (R3R) looks to continue its momentum from VIRginia International Raceway (VIR) last month where the team raced to five podium finishes through the double-header race weekend.

With a new driver line-up for the race weekend including a first-ever all female lineup for Round 3 Racing, the team is looking to continue to make a strong charge in the closing races of the year beginning with this weekend’s visit to the tough and bumpy Sebring circuit.

Round 3 Racing will start the Eastern Championship weekend off at Sebring with practice and qualifying on Friday followed by two days of action packed racing on Saturday and Sunday. Hagerty will be hosting a Cars and Caffeine event at Sebring for Hagerty Drivers Club members on Saturday, October 29th, from 7:00am-9:00am. Cars and Caffeine registration allows free entry for Saturday’s race. (Register Here)

After an early end to its weekend at VIR, the No. 401 Hagerty Motorsports team is seeking redemption. The BMW lineup will consist of Brad McCall, Cole Loftsgard, and Sarah Montgomery, the team that has worked successfully together all season.

The team has a total of five top-five finishes including wins at Barber Motorsports Park and at Michelin Raceway Road Atlanta. Collectively the team has qualified on pole five race weekends in a row. The team sits seventh in overall WRL point standings and now looks for a strong finish to the season.

“We have had a year of both celebrations and challenges,” said Loftsgard. “But starting with Sebring, these last two rounds are our opportunity to close the year out with something to be very proud of. We’re as confident as ever, and ready for the challenges the concrete brings us.” 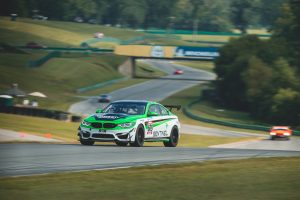 James Candelaria, Brian Ghidinelli, and Ron Hugate will team up once again to wheel the No. 609 BMW M4 GT4. The No. 609 team looks to start where they finished after earning a second podium finish at VIR.

An incident in Saturday’s race at VIR forced the team to retire early and get ready for Sunday’s race. The call paid off as the R3R crew was able to make necessary repairs and place the No. 609 in podium contention in the second race.

The Sentinel team is fourth in Eastern Championship point standings going into the championship weekend at Sebring.

“Sebring last year was my debut with Round 3 Racing,” said Ghidinelli. “We finished third in the first-ever 24 hour race! We are in an even stronger position this year in the BMW with James and Ron. Another podium is definitely within reach if we respect the track and keep our nose clean.” 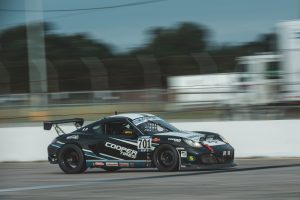 R3R will be fielding its first all-female lineup in WRL for the Eastern Championship, with help of our partner Shift Up Now. The driver roster includes Loni Unser, Erin Vogel, and Sabré Cook. Vogel and Cook will be joining the team for the first time at Sebring. The weekend marks Cook’s first race back after an incident in the W Series in 2021 that called for surgery and a year of physical therapy. Vogel recently finished up the 2022 SRO GT World Challenge America season earlier this month at Indianapolis Motor Speedway. The team welcomes the two new additions as the Cooper Tires Cayman leads the Eastern Championship points and is third in overall point standings.

Last year at the 24 hour Sebring event, the No. 701 Porsche earned a podium finish in the GP1 class with a driving roster that included Unser and Brian Ghidinelli. More recently, at VIR in September the team earned a first and second place finish boosting the team’s lead in the Eastern Championship point standings.

“I’m so ready to race again and am thrilled to join Round 3 Racing for my first two races back after recovering from my injury,” said Cook “Their success in WRL speaks for itself and their already existing relationship with Hagerty made it the perfect partnership to step into. I’ve raced against and have been teammates with Loni (Unser) and Hannah (Grisham), and have known Sarah (Montgomery) since the first days when we were both trying to get into racing cars. They’re all amazing women and I’m so excited to share the car with Loni and Erin and have Hannah and Sarah as teammates.” 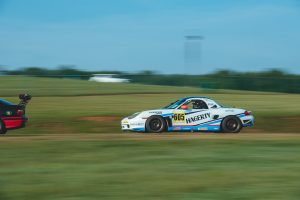 The Hagerty Drivers Club Porsche Boxster will be piloted by Dennis Neel, Carter Pease, Hannah Grisham, and Buz McCall at Sebring. The No. 605 team leads Eastern Championship points by one point and also sits fourth in the overall point standings. The team most recently claimed victory at VIR along with a third place finish. The pair of results placed them at the top of the point standings heading into the Eastern Championship.

Last year, the No. 605 made a comeback after an incident at VIR totaled the car. The R3R crew was able to build a new car in a tight turn around window for last year’s 24 hour race at Sebring. The Porsche Boxster made its way to the podium where the team won the first 24 hour race in WRL history in the GP3 class.

“Sebring is one of my favorite tracks to race at because of the historical value that it has,” said Pease. “We had a great result at the first 24 hour race there last year and we hope to continue that success this weekend!”