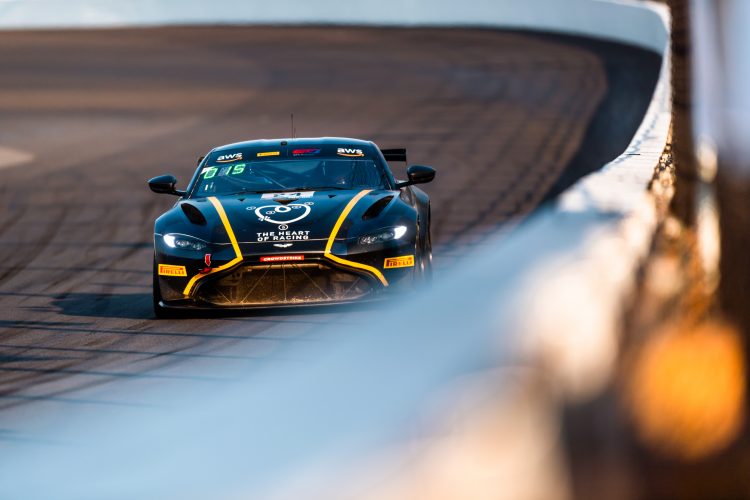 Phoenix, AZ (4 November 2022) – After The Heart of Racing announced a shootout for female racers, the response was significant as drivers from around the globe submitted applications for the event, which will see nine drivers vie for the opportunity to race with the team starting in 2023. The front-running candidate will earn a spot in The Heart of Racing’s GT4 program next season.

All nine female candidates will head to Apex Motor Club just outside of Phoenix, Arizona in a bid for a GT4 seat in 2023 next week. The Heart of Racing drivers Roman De Angelis, Alex Riberas, Ian James as well as Paul Charsley and Ashton Harrison will be on hand to work with each of the candidates on and off the track.

There will be extensive track time for the drivers over the two days, including practice, qualifying and race simulations. The drivers will be considered for both their capabilities and potential behind the wheel as well as their aptitude and attitude out of the car. One racer will be selected to join The Heart of Racing family in 2023 and compete on board GT4 machinery next season.

The two-day shootout will run Monday, November 7th and Tuesday, November 8th. Further updates will be provided following the test. 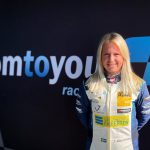 With a father as a drag racing mechanic and an uncle that is a rally racer, you would think Jessica Bäckman was destined to find interest in motorsports. But it was her mother that signed her up for a karting school that hooked her in. Bäckman was offered the opportunity to test a V8 Thunder Car which ultimately drove her racing career forward. Bäckman then began racing in the TCR UK and Scandinavian Touring Car Championships, collecting a podium finish within her first year. In 2021, Bäckman was the first female to earn points in the FIA World Touring Car Championship at Nürburgring Nordschleife. Currently, Bäckman is competing in the ADAC TCR Germany championship where she scored her first victory (among others) at the Oschersleben. 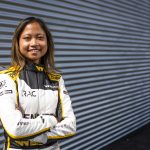 Born in China, Chloe Chambers grew up in New York State where she began her karting career in 2012. Chambers collected a WKA Grand National Championship in Rok Sr. as well as a third place finish in the famed SuperNationals in Las Vegas. Following her stint racing karts, Chambers moved up to the F4 championship where she won the PMH Powering Diversity Scholarship. Currently, Chambers qualified and was selected to compete in the W Series where she races for Jenner Racing. Not only does Chambers have a colorful racing career at just 18 years old, she is also a Guinness Book of World Record holder. The NY-native was asked by Porsche to set a new world record for the fastest vehicular slalom onboard a Porsche 718 Spyder. Before even getting her drivers license, Chambers beat the previous world record by over a half of a second. 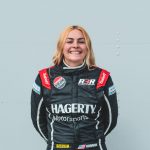 California native, Hannah Grisham found the need for speed at a very young age, taking an interest in motorcycles at the age of four. After racing go-karts for several years and collecting two national championships, Grisham moved up to race spec Miatas at the age of 16 where she won several championship titles. Grisham is also a part of the Shift Up Now program which is an organization to inspire and encourage girls and young women interested in motorsports. Grisham was also selected to partake in the W Series test in 2019. 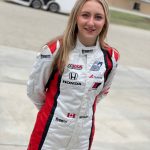 Nicole Havrda was an avid skier and competitive swimmer before finding interest in the motorsports world. Havrda began karting in 2018 and quickly found success, after being awarded Rookie of the Year at the West Coast Karting Club in 2019. Following her 2021 karting season, Havrda made the jump to open-wheel cars, testing an F4 car for the first time. The Canadian also was a part of last year’s W Series test in Arizona. Havrda is creating a name for herself in the female racing community and is a part of Mercedes’ “She’s Mercedes” campaign along with being a part of an upcoming documentary which promotes equality in motorsports. The Canadian racer also competed in a three-hour endurance race onboard a Mercedes-AMG GT4. In 2022, Havrda has spent her time racing in Formula 3. 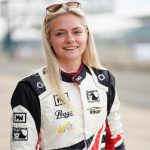 Jem Hepworth found her passion for motorsports at the young age of seven years old when her parents purchased her first quad. Her quad racing career moved into go karts before taking the step into cars racing a Praga R1. Most recently, Jem has been competing in the Britcar championship – an endurance racing series in the UK. Jem won the 2020 Britcar championship before pursuing her second year in the championship in 2021. Hepworth has also been taking the time to test in both F4 and F3 cars, giving her a taste of open wheel competition. 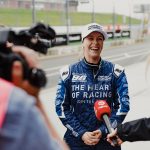 With a father that owns a race car fabrication and engineering business, it was only a matter of time before Chelsea Herbert got her feet wet in motorsports. Herbert began her racing career behind the wheel of go-karts. In 2017 Herbert was the first female to win a New Zealand Touring Car Championship race. She then continued racing in the series in 2017 & 2018 to make waves and history and the championship decider came down to the final race. Herbert moved up to class one of the BNT V8’s championship in 2018 and 2019. She then went on to contest in the Castrol Toyota Racing Series. After overcoming a major racing accident that resulted in a broken back in 2020, Herbert got back in action racing in the New Zealand Toyota 86 Championship with The Heart of Racing in 2022. 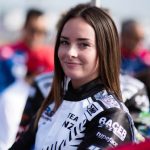 Rianna O’Meara-Hunt is a Kiwi with a strong background in karting, racing nationally for 12 years. O’Meara-Hunt has claimed some of the biggest titles in karting including, SuperKart National Champion in Rotax Lights as well as SuperKart National Grand Prix Champion in Rotax Lights. O’Meara-Hunt represented New Zealand at the Rok Cup in Lonato, Italy after winning the CIK Trophy of New Zealand. Most recently she made the jump from karts to cars, competing in the New Zealand Toyota 86 Championship with The Heart of Racing. 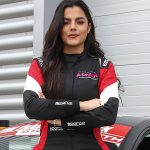 Hailing from Jamaica, Misir is the first “Formula Woman” racer from the Caribbean which earned her a spot at McLaren Customer Racing competing in the GT Cup Championship in the UK in 2022. Prior to starting her motorsports career at the age of 18, Misir was an avid equestrian, training to compete in the Pan Am Games with a goal of ultimately riding in the Olympics. Misir began racing go-karts at the age of 18 after her father – President of the Jamaican Karting Association – introduced her to the sport. To date, Misir has claimed championship titles from Jamaica in Modified Production 1 & 2 in addition to her GT racing which consists of entries at Snetterton, Oulton Park and Silverstone. 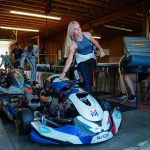 At just 17 years old, Annie Rhule has raced to the top level of karting in the nation, collecting several championships and trophies along the way. Rhule has been recognized as the No. 1 female shifter kart driver in the country for the last three years and is also ranked 15th in the nation for shifter kart drivers. Rhule was the 2021 F-Series KZ Championship leader, recording four track records along the way. Rhule most recently finished third in the SKUSA winter series this year. In addition to her karting success, Rhule had the opportunity to test an F4 car in 2021 and was a finalist in the 2021 Mazda Spec MX-5 Shootout. While at the track Rhule also has a passion for coaching young female talent. Getting girls and young women interested in the sport is something that Rhule hopes she can have an impact on.
https://www.theheartofracing.com/driversearch