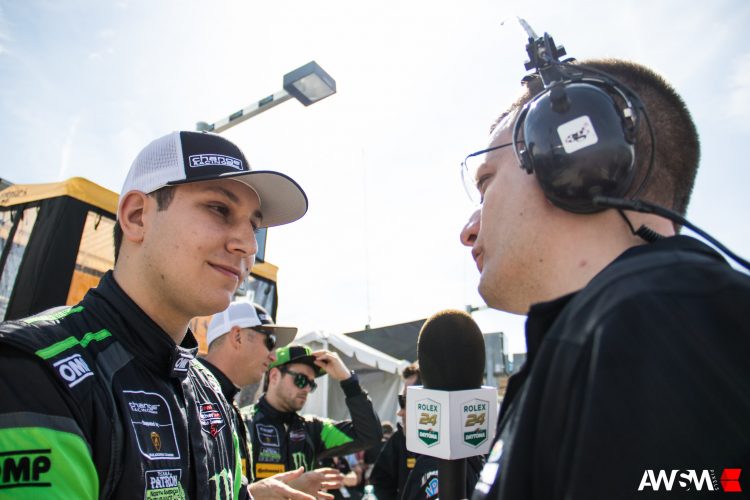 Adjusting back to road racing from burgeoning NASCAR career 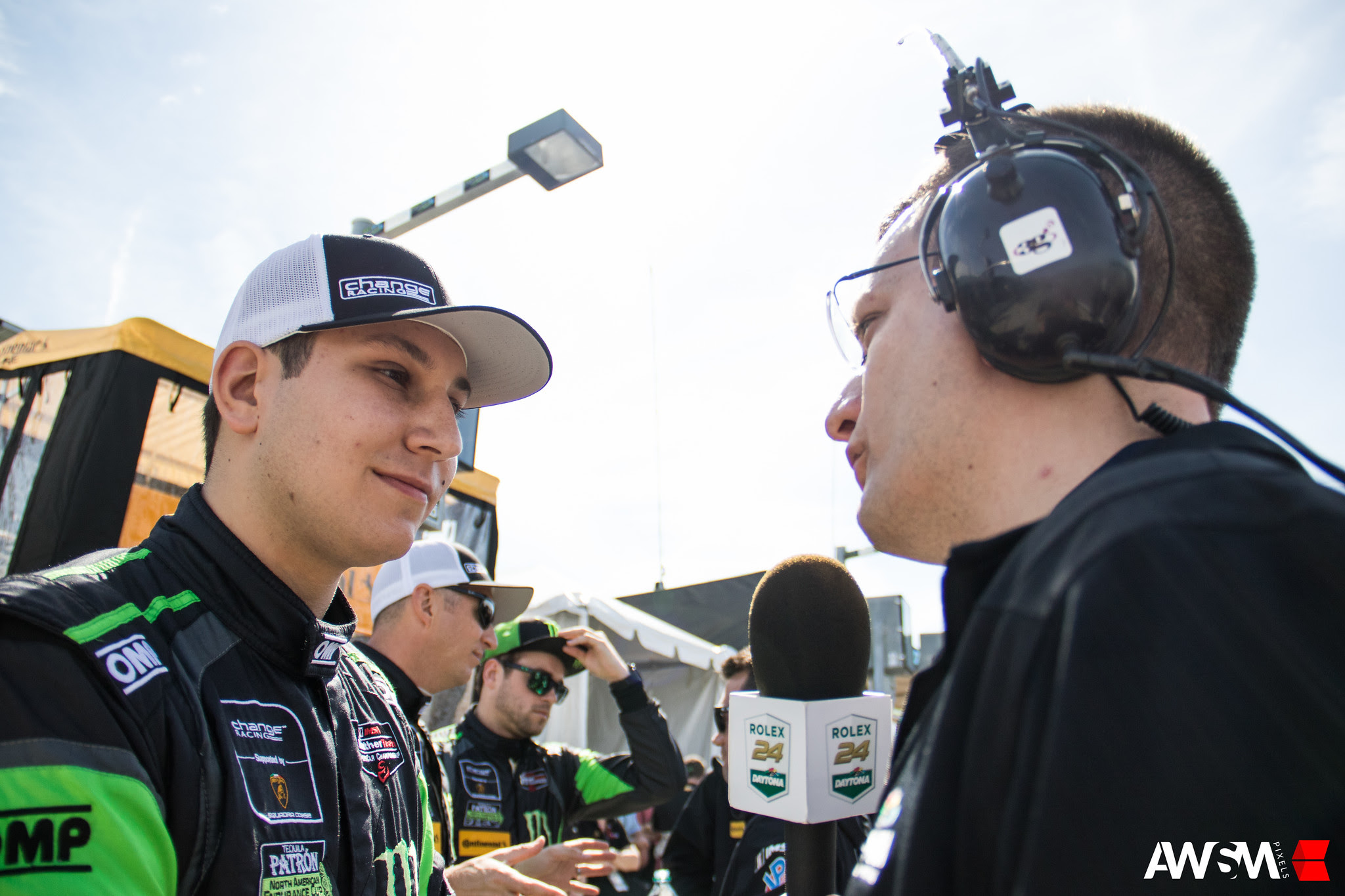 Charlotte, N.C. (19 January 2017) Being the youngest driver in the Rolex 24 At Daytona doesn’t phase Boston’s Kaz Grala—he’s done it before.

Grala, who is halfway through his senior year of high school, will enter his second Rolex 24 next weekend as he rejoins Change Racing to drive the No. 16 Change RacingXBox Forza / Monster Energy / Orion Lamborghini Huracàn GT3.

Grala just turned 18, and has a history of record setting runs, having raced at the fabled Daytona International Speedway at just 15 years old as he competed in one of the lower tiered IMSA events. He finished a fighting fourth, and his record as youngest driver to compete in IMSA competition will likely stand for years to come as the age rules have since been changed. 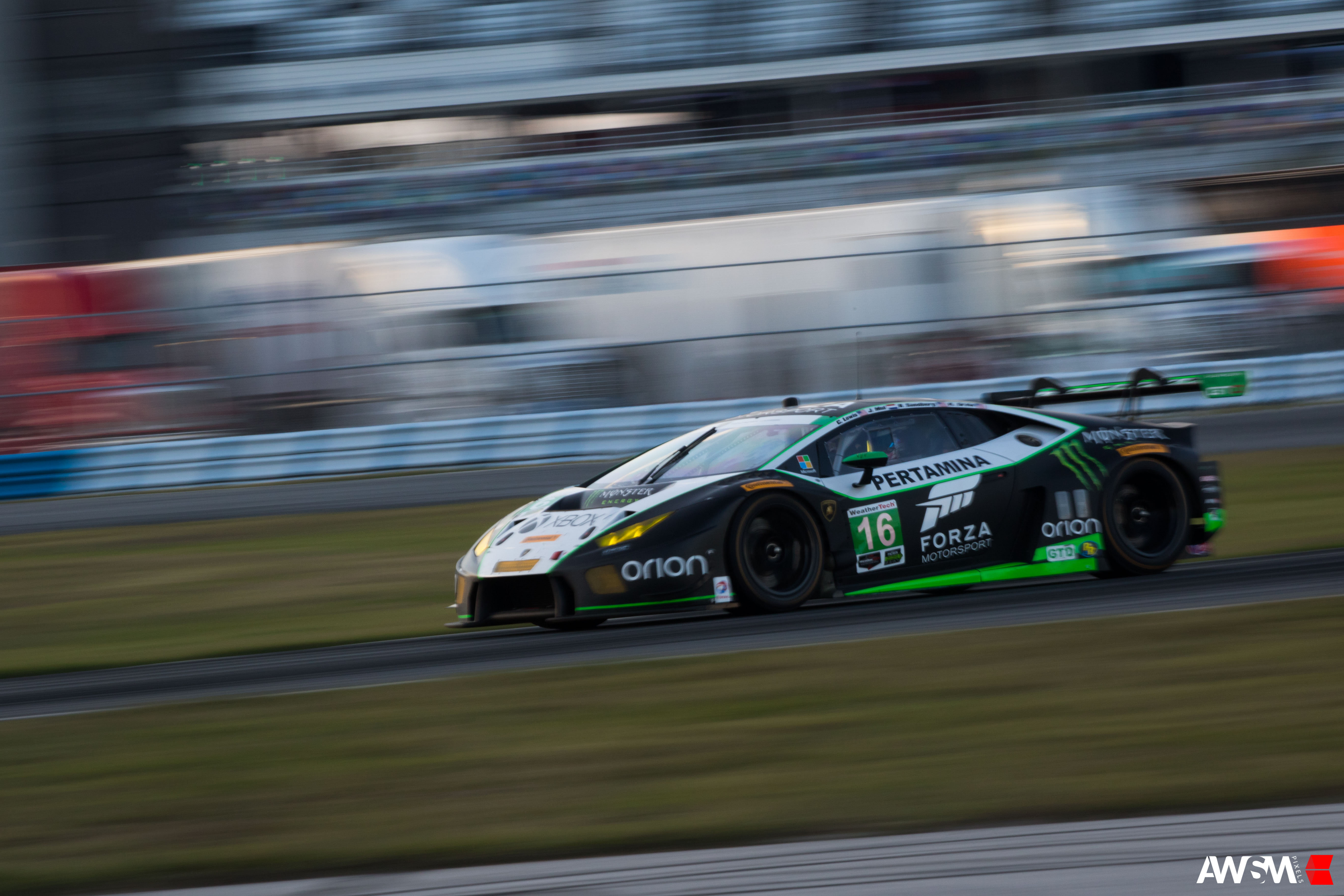 The Boston-based racer has been working to develop his NASCAR career, racing his way up the ladder from his local short track events during his summers. The 2017 season is going to be a big one for Grala, as he’s set to race in the NASCAR Camping World Truck Series.

After not having driven the Lamborghini Huracàn GT3 since last year, it took some adjustment during this year’s annual ‘Roar Before the 24’ for Grala to adapt his style from the machinery he was used to.

“I feel like this car is totally different from what I am used to driving in NASCAR,” said Grala. “At the Roar (test) , it took me a little while to knock the rust off. I felt comfortable in the car and felt like I had a good pace. My co-drivers have even better pace, so we should be a very strong group this year overall.  Hopefully we have fewer bumps in the road during the weekend than we did last year so we can get a big result.”

The IMSA GT Daytona class in which Grala competes, features rules that encourage high-technology race cars with traction control and anti-lock brakes, a big change from his normal ride.

“After being away from the car for a year, it was great to get back into the Lamborghini,” said Grala. “Change Racing has made some big gains with the car. There were some bugs for us to work out, just sorting all the electronics (last year). But now, all of those systems are just phenomenal. The traction control is a lot more advanced, and the ABS brakes are outstanding. That is a big deal, all these technological advances and will be helpful to us in the race.”

Going from having a racing car with very little technology into one that is packed with it took some getting used to.

“That was my biggest learning curve when I got back into this Lamborghini was to trust all the systems,” said Grala. “Traction control and everything—to get the most out of it you really have to lean on it. It took some laps to trust and get comfortable with doing that, and at the end of the weekend I was more confident with them than I was at the end of the race last year so it is a good step forward.”

So with 24 hours of racing ahead of him and his three co-drivers, what does Grala expect for next weekend?

“It’s ironic, in a 24 hour race— you would think you are trying to conserve the car, holding on to a bit to save for later. But that’s not actually the case,” said Grala. “With this car, everything is designed to last and designed for endurance. You don’t have to save the car. The brakes are unbelievable and should make it through the race with no problem. It’s weird because what I’m used to in a NASCAR, I’m the one who is responsible for not burning up my stuff too early. I’m the one who has to save the tires through a run and manage everything. But with the Lamborghini, you are on it 100% right away. I think we are going to be right up on that wheel for 24 hours, that’s for sure!”

Stay up to date with the Change Racing team throughout the weekend on their social media.