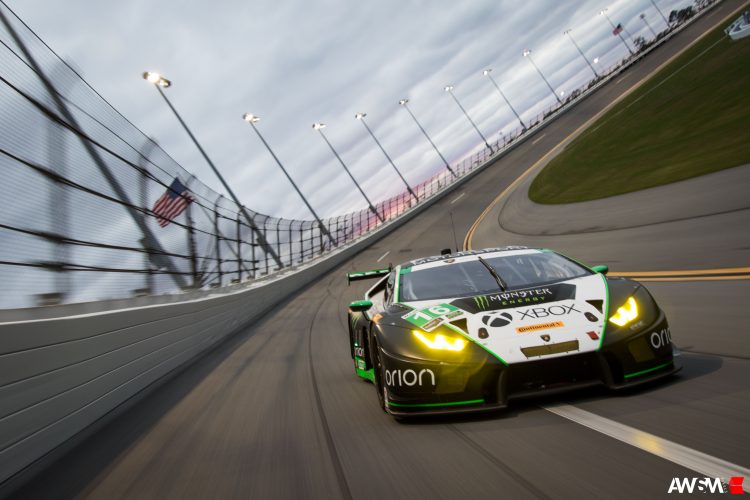 Daytona Beach, Fla. (20 January 2017) – Building on a results-driven partnership that originated ahead of the 2016 IMSA WeatherTech SportsCar Championship season, Change Racing will once again partner with Orion Energy Systems (NASDAQ: OESX) in 2017 as the IMSA championship kicks off next weekend with the Rolex 24 At Daytona (Live coverage starting at 2:00 PM ET on FOX). 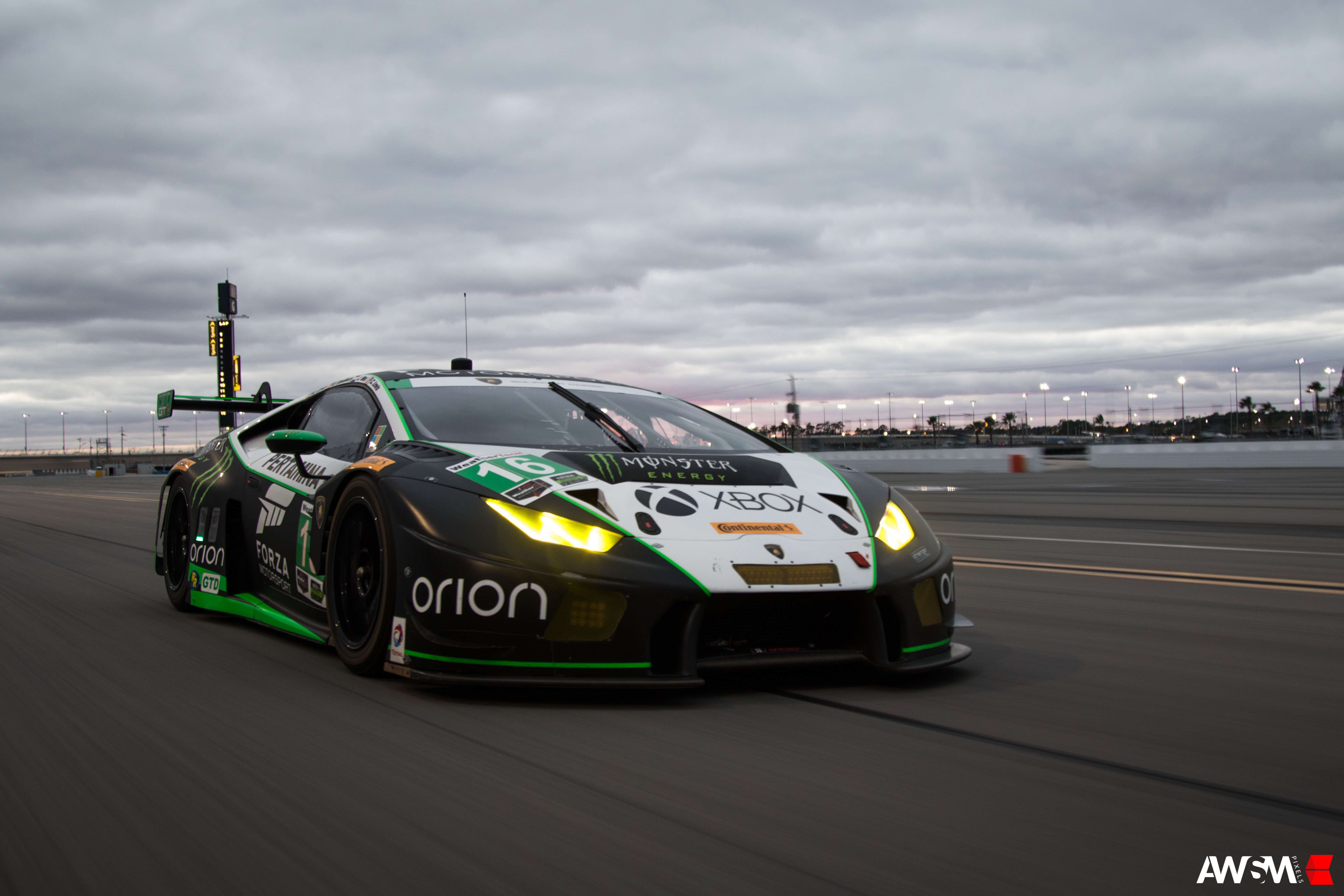 Change Racing, which won multiple championships in Lamborghini Blancpain Super Trofeo competition before growing to compete in the IMSA WeatherTech championship last year, will return for the 2017 IMSA season with the Lamborghini Huracàn GT3 platform in the GTD class.

With nearly 100 lighting related patents and patents pending, Orion is leading the transformation of commercial and industrial buildings with state-of-the-art energy efficient lighting systems and retrofit lighting solutions. Known for its employees’ uncommon dedication to service,  Orion, is based in Manitowoc, Wisconsin and has a long history of partnership in motorsports that first originated at Road America over a decade ago.

Those solutions have collectively saved Orion Lighting customers over $3 billion dollars in energy costs thanks to over 40 billion kWh saved across 13,000 locations.

Utilizing the racing program to generate new incremental sales, Orion activates the partnership with Change Racing through multiple channels including on-event hospitality. The team will be playing host to more than 40 people for the Rolex 24, with multiple events also planned through the season including the home race for Orion at Road America in August. 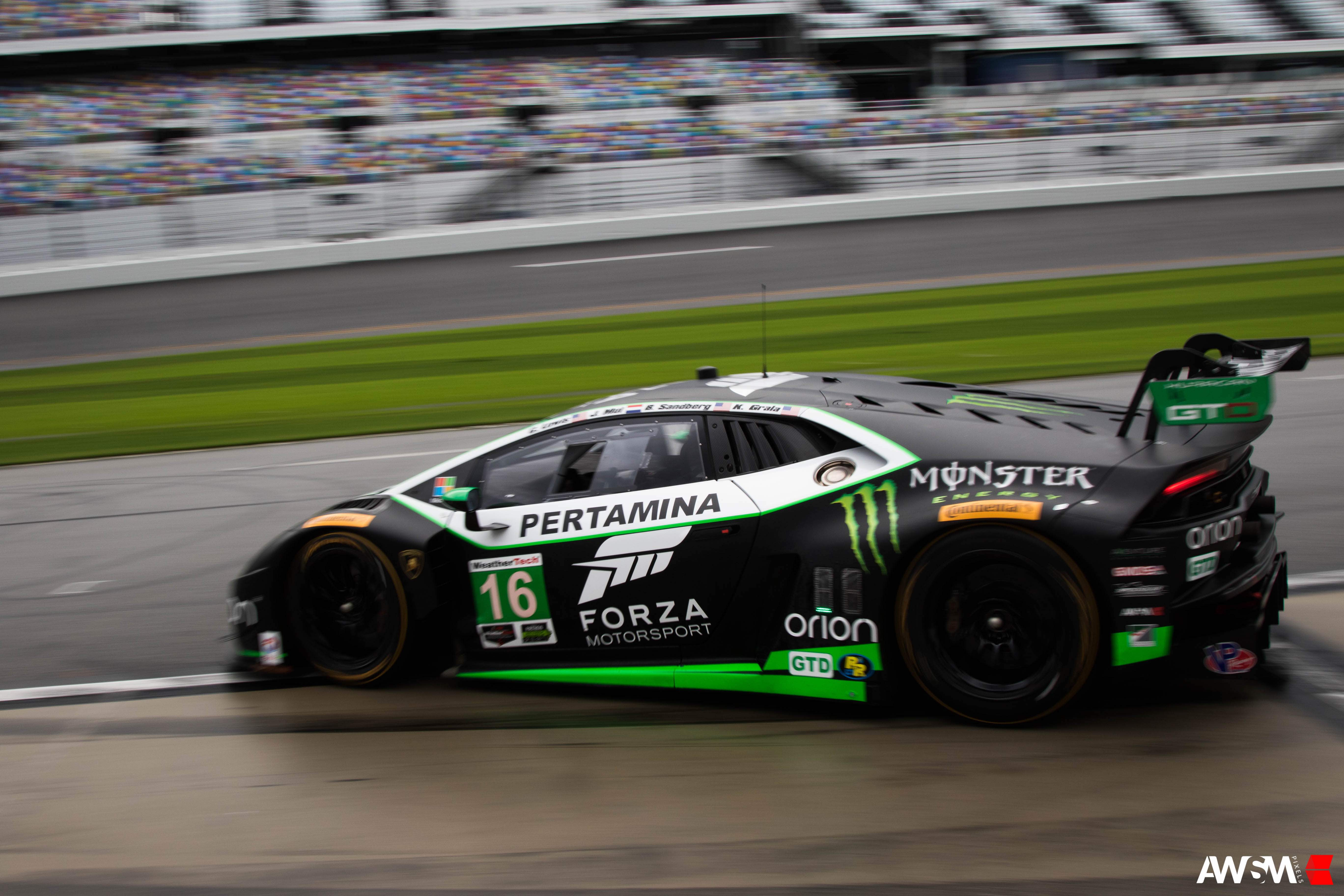 “We’ve been very happy with how we’ve been able to activate our partnerships in racing and turn those investments into new sales and new leads,” said John Scribante, Chief Executive Officer of Orion Energy Systems. “Racingis of course a very results-oriented environment, and the results we’ve seen generating new sales and developing our existing relationships, has been very effective for us. Working with a race team is a great way to be connected to the events, and it has been a very positive experience to be working with Robby (Benton, Change Racing team principal) and everyone at ChangeRacing.”

“What Orion did for us in the shop was pretty incredible and I’m very happy to have them see the value in growing with us into our second season in the IMSA WeatherTech championship,” said Benton. “Orion does an excellent job with converting this partnership into tangible results. Last year was a very positive first year together, so I’m very happy to welcome Orion back and very focused on continuing to help them be successful.”

The duo will be joined in the Rolex 24 At Daytona by Kaz Grala, who despite being just 18 years old has multiple race starts at Daytona International Speedway including his Rolex 24 debut with Change Racing in 2016. 2016 World Challenge GTS champion Brett Sandberg will also race for ChangeRacing in the Rolex 24 as well as the Sebring 12 Hour, Watkins Glen 6 Hours, and Petit Le Mans.

Orion is leading the transformation of commercial and industrial buildings with state-of-the-art energy efficient lighting systems and retrofit lighting solutions. Orion manufactures and markets a cutting edge portfolio of products encompassing LED Solid-State Lighting and high intensity fluorescent lighting. Many of Orion’s 100+ granted patents and pending patent applications relate to lighting systems that provide exceptional optical and thermal performance, which drive financial, environmental, and work-space benefits for a wide variety of customers in the retrofit markets.