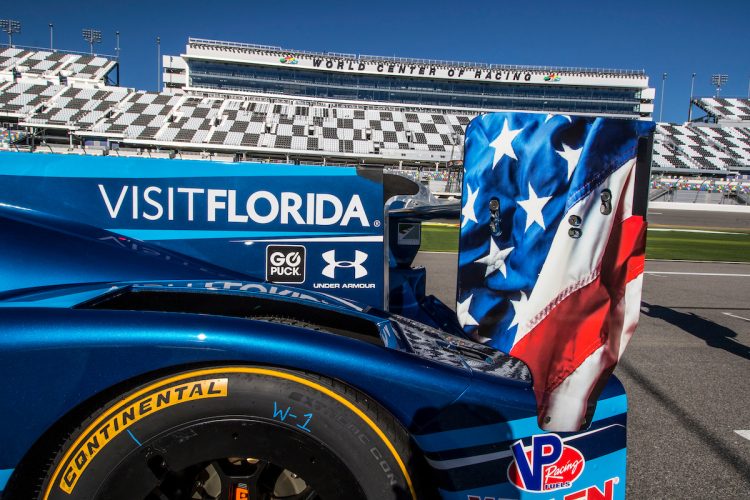 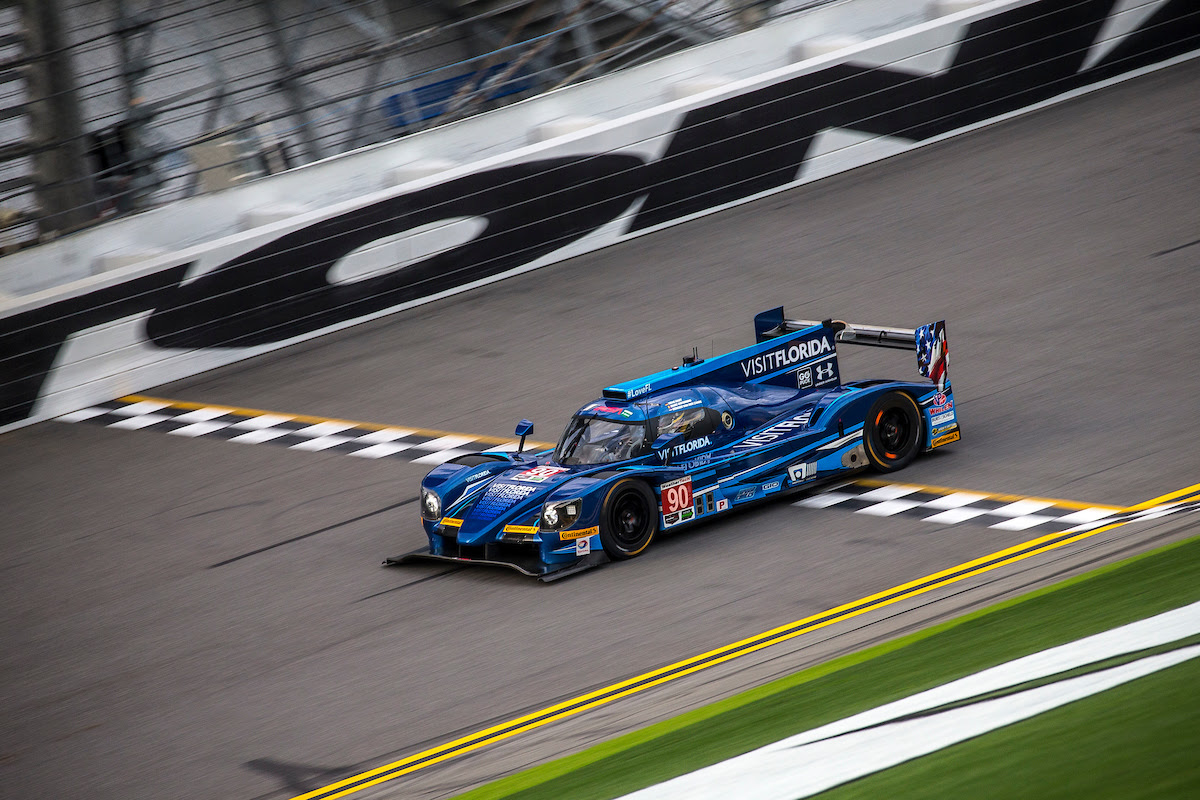 Daytona Beach, Fla. (29 January 2016) – Racing where the team first got its start, VISITFLORIDA Racing finished an improbable third in the Rolex 24 At Daytona this weekend after 659 laps, hundreds of man hours, and countless late nights of preparation.

While the podium finish for drivers Renger van der Zande, Marc Goossens, and René Rast was the third consecutive third place finish in the Rolex 24 At Daytona for VISIT FLORIDA Racing, it was an incredible result considering the extremely limited amount of running time the team had with its new Prototype machine.

The race marked the opening round of the 2017 IMSA 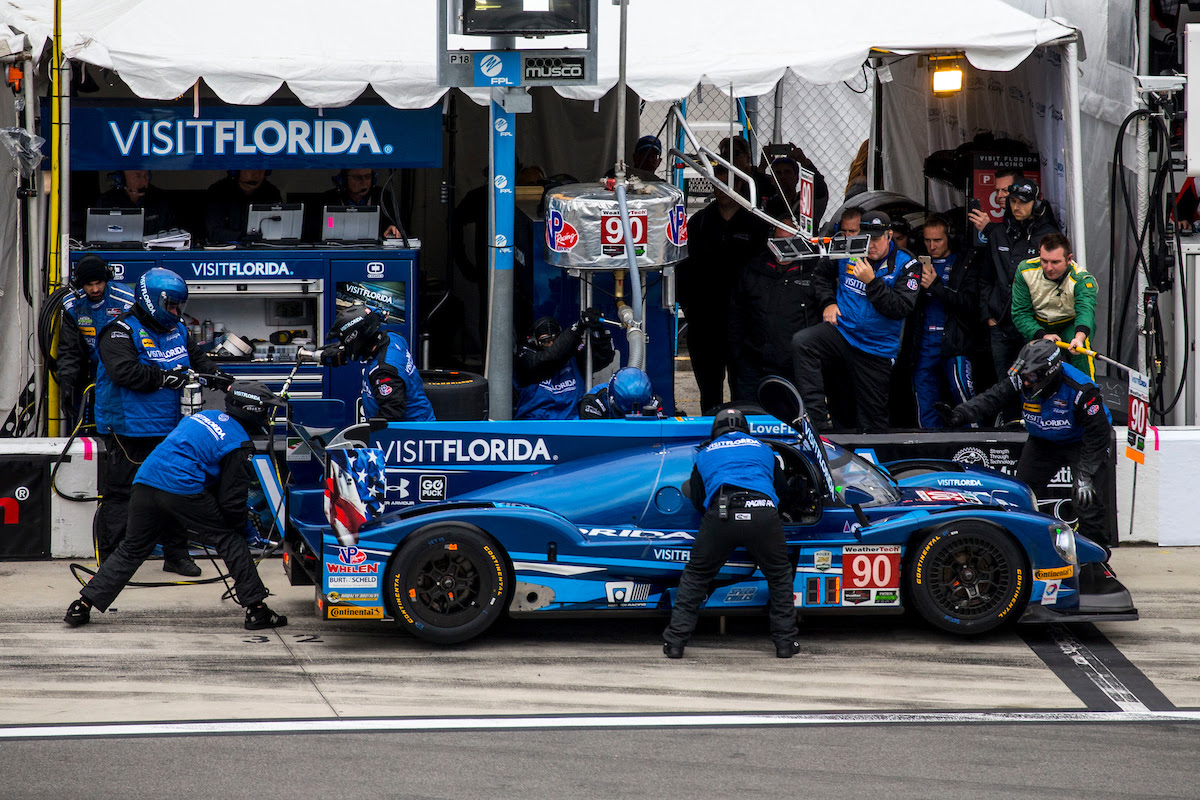 WeatherTech SportsCar Championship, and with it came a new set of regulations for the top Prototype class. The team committed to the Gibson-powered Riley platform and first took delivery of the sleek prototype machine just ahead of the new year.

The race was the first outing for the Gibson-powered Riley, which was tasked with making its debut in the longest race of the IMSA season. The all-new Prototype machine had not only never raced, but the VISIT FLORIDA Racing team had to work through a range of teething issues ahead of the race.

Before the drop of the green flag on Saturday, the machine had not completed more than 10 consecutive laps without needing adjustment or service. 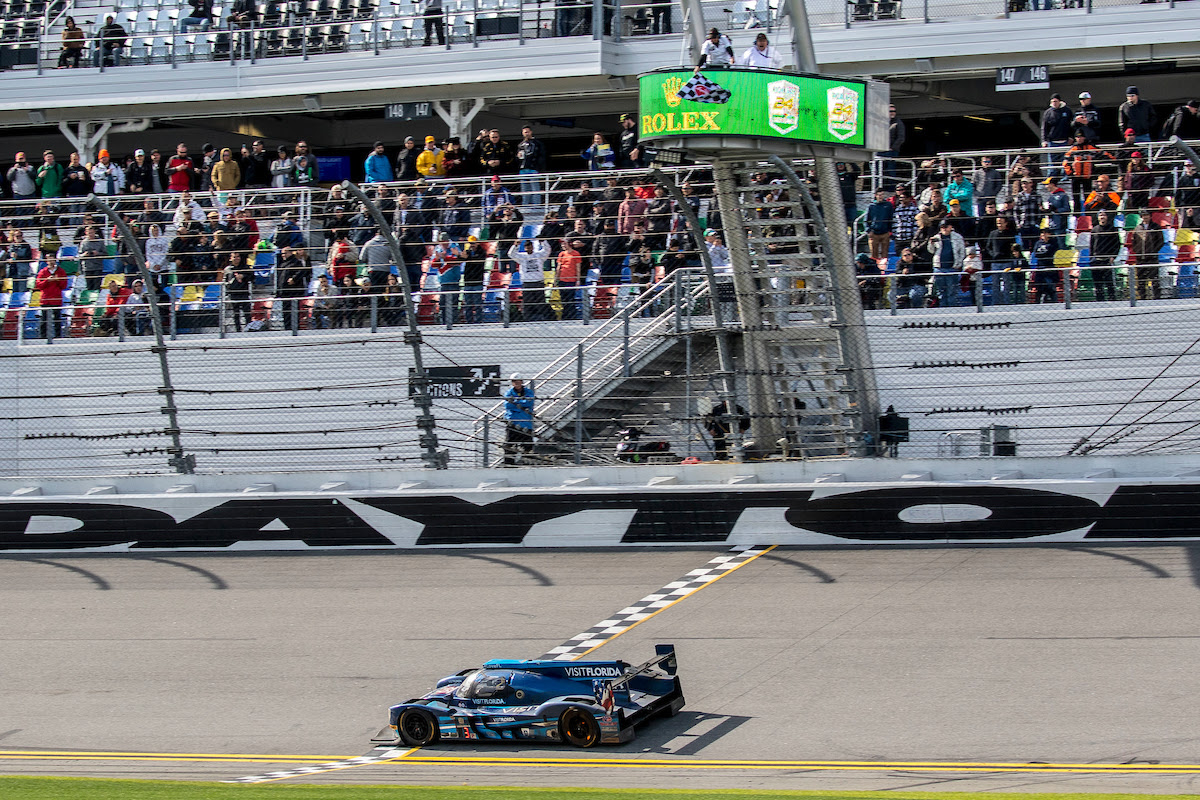 Despite having very little running time and data to build the setup with, the team knew that focusing on the fundamentals of strong preparation, rapid driver changes and well executed pit stops would be key to bringing home some championship points. Adding to that checklist was the deep reservoir of driving talent from the international roster of VISITFLORIDA Racing drivers.

The team’s efforts saw the machine lead 39 of the 659 laps run in the 24-hour race, which endured over 10 hours of rain through the Daytona night. While the new specification for the DPi machines showed considerably more pace as allowed by the regulations compared to what the rules for the LMP-specification Gibson/Riley was able to deliver, the team was highly satisfied to have brought home the remarkable result to open the 2017 season. 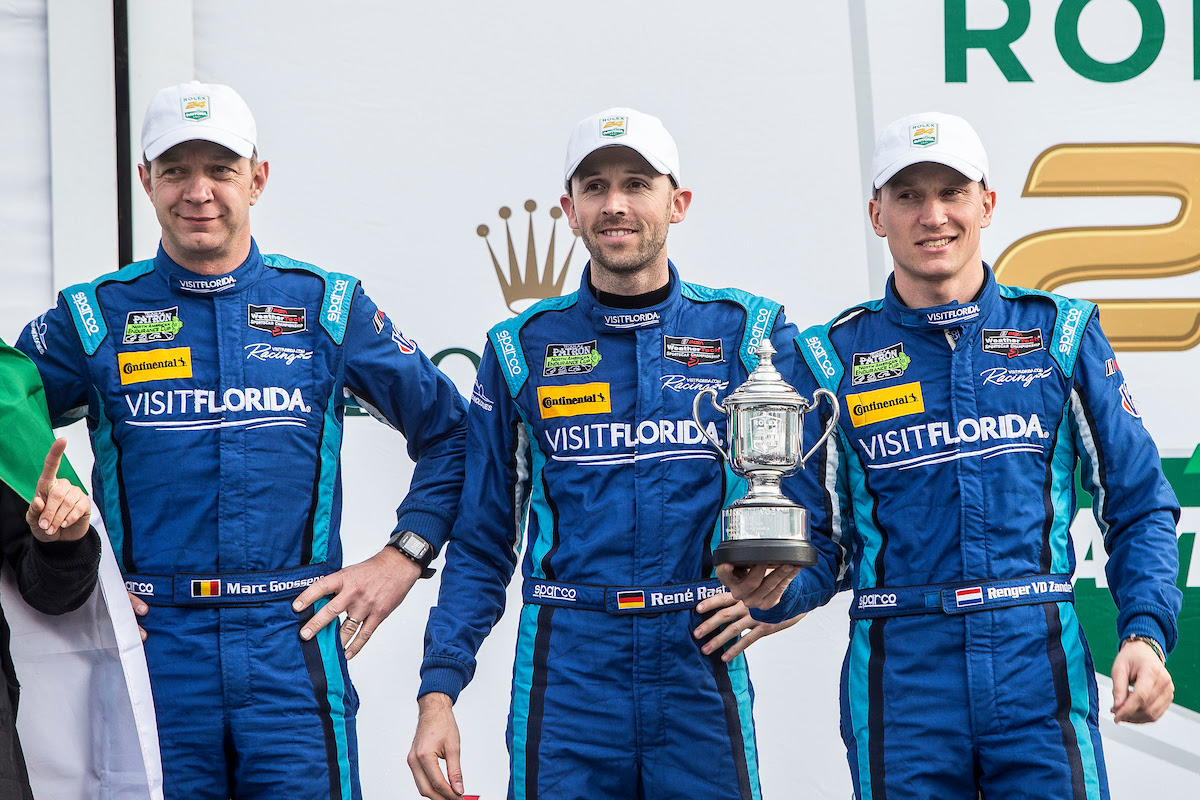 “This is pretty incredible,” said team owner Troy Flis of the result. “I told my guys that I’d like to get out of here with a top-five. I thought we’d be in the garage (for repairs) at least three times. But we didn’t even take the engine cover off once. That’s the biggest thing. The guys busted their butts and they did a good job. The last 45 days were pretty tough. I wish we’d had a bit more pace, but I’m glad that we made something that couldn’t go for 10 laps previously, end up lasting for 24 hours! I’ll take that and go home with it.”

VISIT FLORIDA Racing now looks forward to building on the strength of their new machinery in Round 2 of the IMSA WeatherTech SportsCar Championship in their home state at the Mobil 1 Twelve Hours of Sebring on March 15-18.

Renger van der Zande: “Before going into the race, we thought this was more like our Roar because we were going to treat it like testing, but we went straight to a 24 hour race. Without much testing, and finishing third in a 24 race, it is phenomenal. I’m happy for the team and for the drivers. I drove the heck out of it and gave it my all, and I think my teammates were on the same pace – it’s great to have teammates like that. The strategy calls were also really good. I was surprised at the speed of the Cadillacs, it was a little over the top. The gap is way too big, so I hope IMSA can do something about that. But for us to be on the podium at Daytona is a pretty cool effort.”

René Rast: “The longest run we did before this race was quite short and we didn’t even know if we’d be able to run for one hour but actually here we are and we ran without any single problem for 24 hours. It is kind of amazing, because normally, to do that, you need 20 days of testing and we made it without a big test program. It was such a big team effort, the VISIT FLORIDAguys worked flat out for the last few weeks, just amazing. They gave us a flawless car, and we just had to bring it home.”

Marc Goossens: “If you look at the trouble we had this week preparing for the race it just shows how good of a team we have. It is a small group but it’s one big family. I just told our truckie the hours he has driven this week to go and get parts and get replacements and everything is just enormous. How much effort has been put in is amazing and I think this is a big reward for the whole team. Performance-wise it was quite obvious what happened here and I’m almost certain that IMSA saw it and they will do what is necessary to balance things out (compared to the DPi). But it is what it is and we have to keep going and do what we need to do and I think we did that today. I’m pretty happy with my own race and I’m very happy with my two teammates. If you look at that car, there is not one scratch on there, we did not have any contact. So that is awesome and what we expect, but it isn’t always like that and especially in these circumstances because we had so much rain. The track was extremely difficult at some points. To end up on the podium today is just amazing and all the credit goes to the team.”