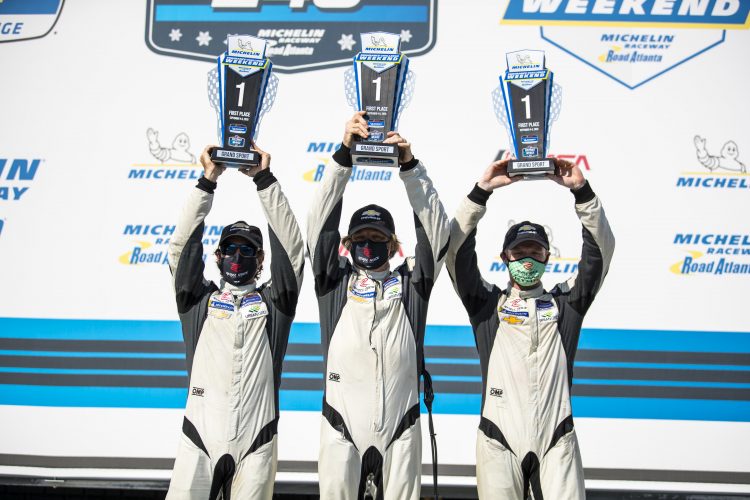 The three drivers didn’t set a wheel wrong throughout the four-hour race – the second endurance race of the year – as the series reached its midway point of the 2020 season. What had been a frustrating season quickly turned around to the form that saw Rebel Rock score a series-leading two victories in 2019.

“The whole team did a fantastic job today,” said Liddell, scoring his 12th triumph in the series, and eighth co-driving with Davis. “Everyone has worked incredibly hard to make this whole operation the best it can be. It’s one of the most outstanding groups I’ve ever worked with. Thanks to Frank (DePew), who has made it all happen as well as his driving which has come on tremendously. The guys in the pits did an awesome job. Everyone, to a man, has worked flat out to be the best we can be.”

DePew drove the opening stint. Qualifying 18th, he was quickly up to 15th and was scored 14th when he pitted after completing his opening stint behind the wheel.

“I’ve been coming to Michelin Raceway Road Atlanta for quite a while, and I’m really happy to win here,” said DePew, taking his third professional victory. “I’ve got to credit the whole crew, the job Robin has done managing this team, and having Andrew join us for the four hour races is icing on the cake. We’ve put together a great team, and they’ve gelled. It’s been amazing. I was struggling earlier this weekend. But as usual I race better than I qualify, which is something I need to fix, however my stint went great. I jumped positions during the first few laps, and held the positions and brought the car in. Then, the crew performed flawlessly and Andrew and Robin did the rest. It was all good and this feels awesome!”

“Frank did a great job in the car and kept it clean,” said Davis, who resides in nearby Athens, Ga. “I did only two laps in practice, but it’s a great car and I was able to push really hard right off. I had great battles throughout the run. To have another a victory in my own back yard is tremendous”.

“Unfortunately for the rest of the field, we were able to put a fresh Robin out there for the last bit of the race, so I think I did my job today,” Davis continued. “Winning was very satisfying and emotional. As a four-year-old kid, I was here watching the GTP drivers – all my heroes – racing. And that little kid’s still in here. I’m only 42, and there’s a lot of fight still in me.”

While NBC Sports Gold commentators frequently remarked about the braking capabilities of the Camaro, Davis explained that they were less than optimal.

“With the heat, we struggled a bit with our braking capacity,” Davis admitted. “I hadn’t been in the car since Daytona, when the temperatures were cooler, and the car wasn’t quite as sharp on the braking as it normally is. That hurt us in close quarters. The car was really good in the high-speed stuff, but under braking, I didn’t quite have as much confidence as I normally do.”

Rested and ready, Liddell quickly got back up to second, and pressured the leader for five laps. Rather than make a bid for the lead, though, the team opted to make its final stop with 40-minutes remaining. Liddell took on only left-side tires, beat the former leader out of the pits, and returned to the race running fifth in Grand Sport.

Liddell cycled back into contention, taking third with 31-minutes remaining and waited for the top two to make their pit stops. The final contender pitted with 15-minutes remaining, giving Liddell a 4.819-second advantage. With victory in sight, Liddell gradually pulled away to take the victory.

“My hat’s off to Michelin,” Liddell said. “The tires were fantastic, and that allowed us to double-stint those right-side tires for the last 40 minutes. The Chevrolet Camaro from Pratt & Miller is a phenomenal car, and with the Michelin tires it was unstoppable today. Our pit stop strategy was timed to perfection; overall it really was a great job by the crew.”

Up next for Rebel Rock Racing will be a double-header weekend at Mid-Ohio on Sept. 26-27, during the IMSA Acura Sports Car Challenge. Competition features a pair of two-hour races, on Saturday at 1:20 p.m. and Sunday at 10:35 a.m.(all times ET). 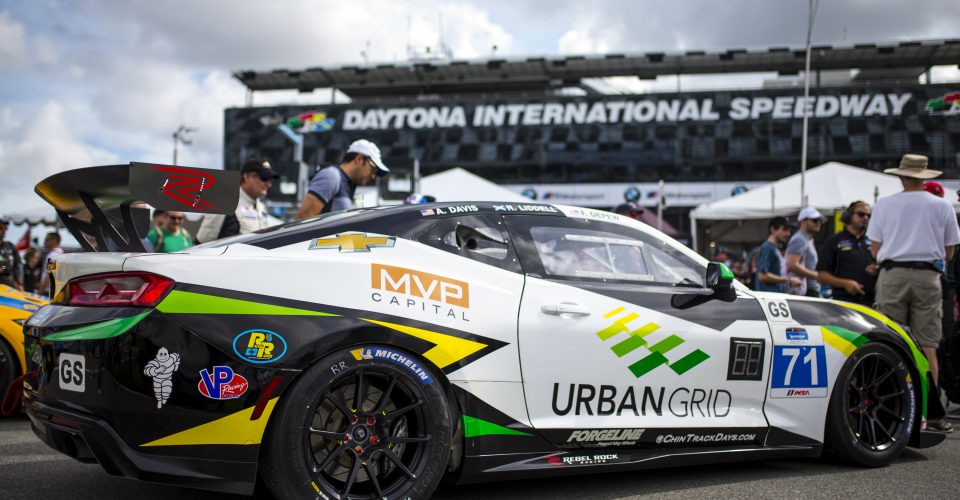 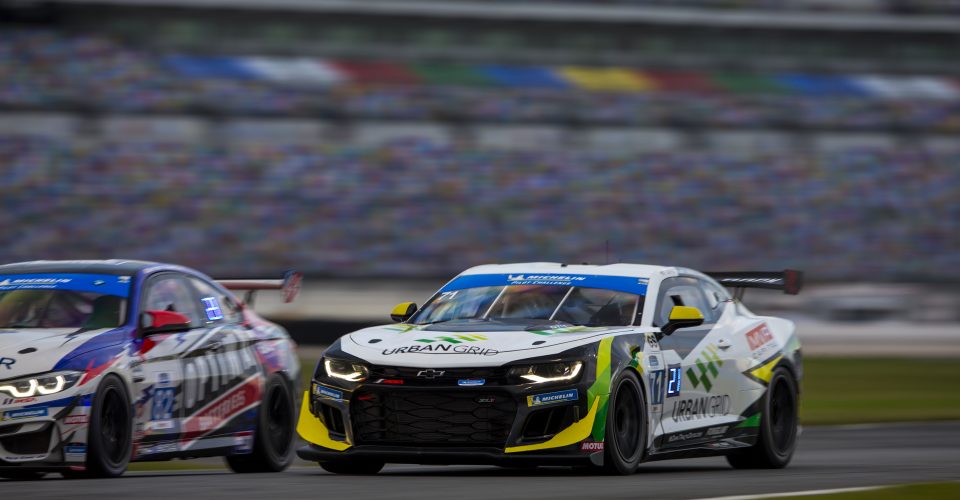