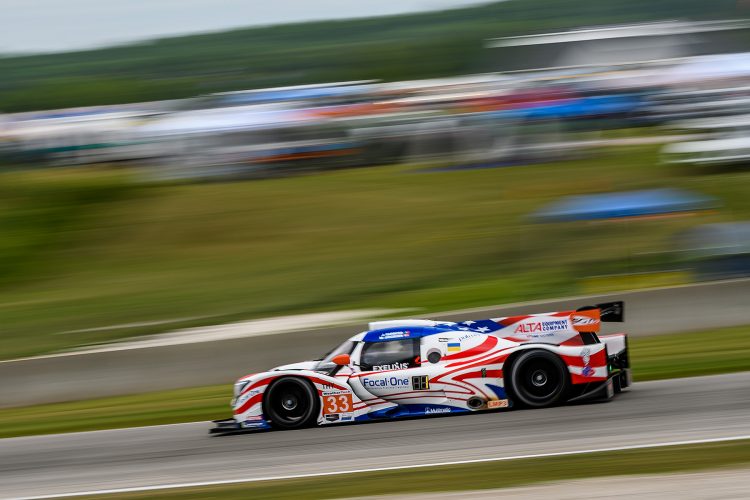 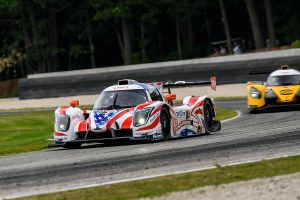 Two-time Petit Le Mans winner João Barbosa will be joined once again by Malthe Jakobsen, with Chilean Nico Pino subbing for Lance Willsey behind the wheel of the No. 33 SCM Exelixis/Focal One/Alta Equipment Ligier JS P320.

“I met Nico at Daytona when we were evaluating drivers for the Rolex 24,” said Barbosa. “We’ve seen his evolution over this season and that made him a good candidate to replace Lance, who wasn’t able to make this race.

Pino, who turned 18 last week, competed in the LMP3 class at the Rolex 24 at Daytona earlier this season, and has scored two victories in the European Le Mans Series this season.

The SCM team hopes to score its second endurance victory of the season and take home the top prize in the season-long IMSA Michelin Endurance Cup (IMEC). Barbosa, Jakobsen and Willsey scored the victory at the Mobil 1 Twelve Hours of Sebring, along with a second-place finish at the Rolex 24 at Daytona, which puts them in second position in the IMEC standings – well within striking distance of the top spot.

“Our goal this weekend is to perform at the level that we know this team can perform,” said Barbosa. “The team has done a great job preparing the cars this year, we’ve always had one of the fastest cars out there, but we haven’t been able to show those results every time out. We’re looking for that result this weekend, and if that means we win the IMEC title, that will cap the season on a great note.

SCM, along with most of its competitors, tested at Road Atlanta two weeks ago. The team ran both its No. 14 IMSA Prototype Challenge car and the No. 33 over the two-day test, giving race engineers more options on setup choices.

“We ran both cars so that we could go in different directions on setup and learn as much as we could as fast as we could,” said team principal Sean Creech. “Despite the fact that the setups were quite different, both cars were fast. We put all that information together and came up with a car that the drivers can manage for 10 hours. The car was very strong, which is so important at Road Atlanta.

“There are not many good passing zones at Road Atlanta, and you have to balance the spots where you’ll be battling both DPi and GTD traffic. It’s just so tight.” 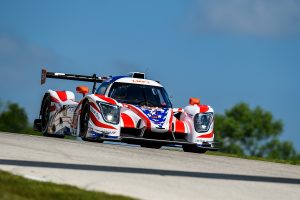 “It was a really good test,” said Jakobsen, who competed at Road Atlanta last season. “I like Road Atlanta, especially the run from turn one to exit of turn five – it’s really fast and flowing. It definitely helps that I did the race last year and have gained so much more experience in the P3 car this year! I feel like we are ready for the race weekend. We know what we need to do: just stay on track, and run for 10 hours without any damage, then the real fight will be in that last hour.”

“This is one of my favorite races, but it is a crazy race,” said Barbosa. “The pace is super high and it’s very intense. The track is a big challenge; it’s very narrow and there aren’t many places to overtake. It’s also hard to judge traffic at night – you want to make sure the car ahead sees you before you make a move, especially in the Esses. Everyone is flat out the whole time, trying not to lose time when you’re in traffic. Very technical, very fast and that makes for a great race. We got a good headstart on the weekend two weeks ago and while there’s some fine tuning to do, we have a great baseline.”

SCM thanks partners Alta Equipment Company, Focal One and Exelixis for their continued support.

The 25th annual Motul Petit Le Mans takes the green flag Saturday at 12:10 p.m. Eastern. The race will be livestreamed in the U.S. in its entirety on Peacock TV, with the broadcast from Noon until 3:00 p.m. on NBC, and 7:00 to 10:30 p.m. on USA Network. International viewers can watch via IMSA.tv, with IMSA Radio also available at IMSA.com.

Team leader Sean Creech has competed in a multitude of sports car series from 1990 until the present day, including Group C, IMSA GTP, WSC, Grand-Am, SRO World Challenge, and IMSA. SCM will contest the full WeatherTech SportsCar Championship in 2022 with João Barbosa and Lance Willsey.   http://seancreechmotorsport.com/

An industry-leading material handling and construction equipment company, Alta Equipment is an innovator of solutions, delivering diverse products and unrivaled support centered on building lasting customer relationships. Alta Equipment began in 1984 with a single location in Detroit and has grown to 57 locations throughout the Midwest, Northeast, and Florida.  https://www.altaequipment.com/

One in eight men will be diagnosed with prostate cancer during their lifetime in the United States. The Focal One® HIFU Prostate treatment offers patients a non-invasive outpatient procedure to target prostate tissue while avoiding the common side effects such as loss of urinary continence and sexual function. The Focal One treatment uses high performance, high intensity focused ultrasound (HIFU) to precisely target and ablate the prostate, allowing patients to quickly return to normal activities. http://www.focalone.com/