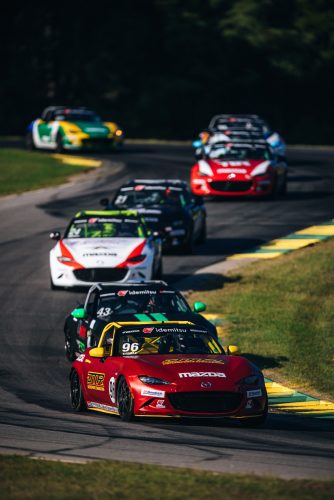 September 26 – Having a long-established support program that for years has provided the financial backing to connect talent with opportunity for deserving racers, Mazda is raising the bar even higher in 2023.

The Idemitsu Mazda MX-5 Cup presented by BFGoodrich® Tires has long provided thrilling racing with eyeblink finishes. That competitive spirit will surely increase as Mazda will add a per-race prize money payout for each of the 14 races in the 2023 season. This combined with the already substantial year-end prizes and shootout scholarships will see the Mazda MX-5 Cup prize package surge to more than one million dollars next year.

“Mazda has a reputation for providing great support to its racers,” Mazda Motorsports Program Manager Jonathan Applegate said. “This per-race payout system is the latest evolution of that relationship. This is something our teams and drivers have asked for and we at Mazda Motorsports want to demonstrate that we’re listening, and we want to help as many people participate as possible. There are often drivers who can’t compete in a full season, but we hope these additional prizes will give them the opportunity to do as many races as they can. MX-5 Cup is some of the best racing on the planet, and this is a great demonstration of Mazda’s commitment to supporting our racers.” 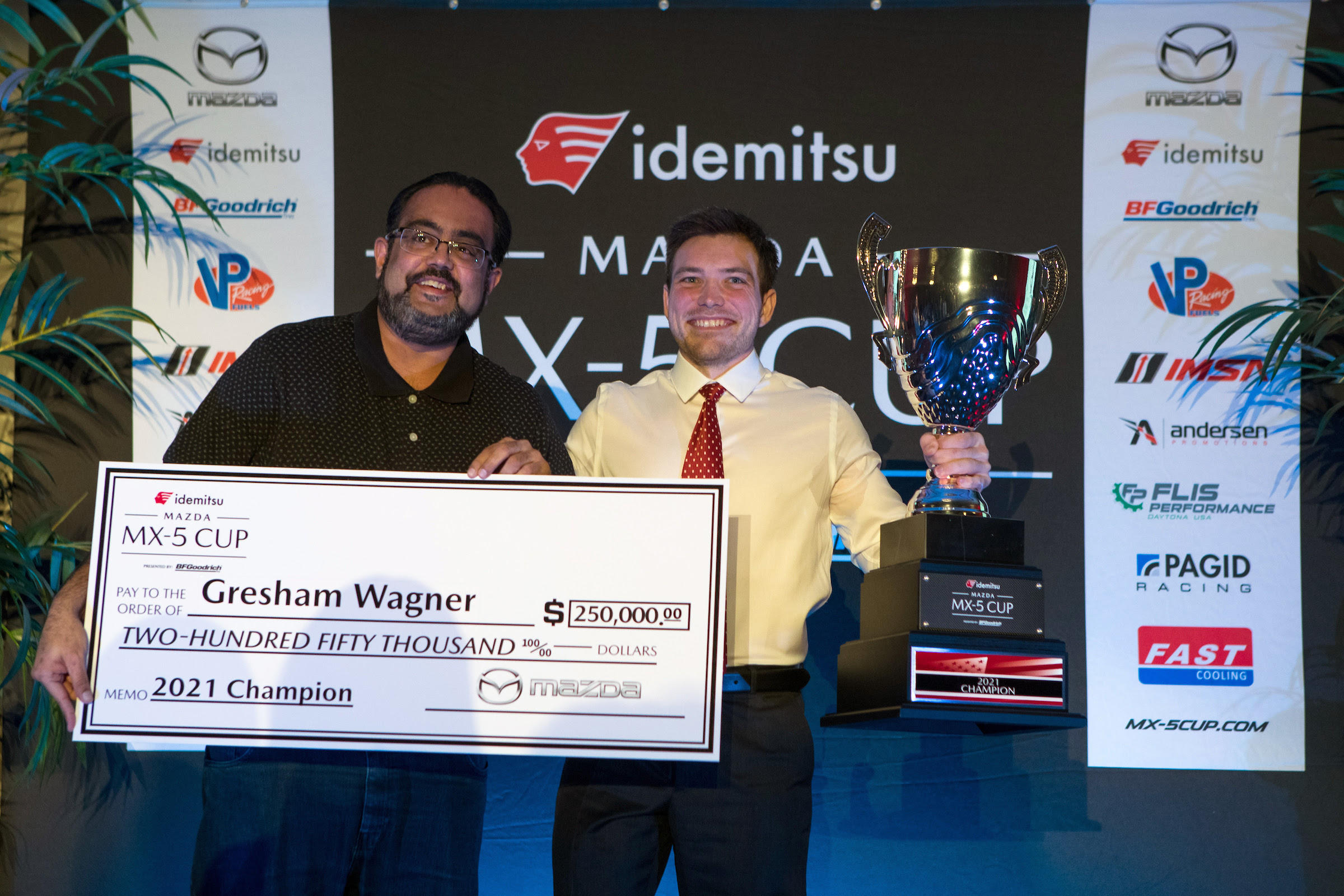 The championship purse will remain unchanged, with $250,000 going to the winner, $80,000 to the Rookie of the Year and payouts continuing through 10th place. Also unchanged are the prizes awarded in the Mazda MX-5 Cup Shootout, where the winner receives a scholarship to compete in the series valued at $110,000, plus two more scholarships valued at $75,000, including one set aside for the top female driver.

All this prize money will be well-earned by those taking part in the IMSA-sanctioned series operated by Andersen Promotions. The 2023 schedule features a variety of challenging and iconic race tracks including Daytona International Speedway, the Grand Prix of St. Petersburg street course, and WeatherTech Raceway Laguna Seca.

The 2022 champion will be crowned at the final event of the season on September 28 – 30 at Michelin Raceway Road Atlanta. Live streaming is available on RACER.com and IMSA.com/tvlive.