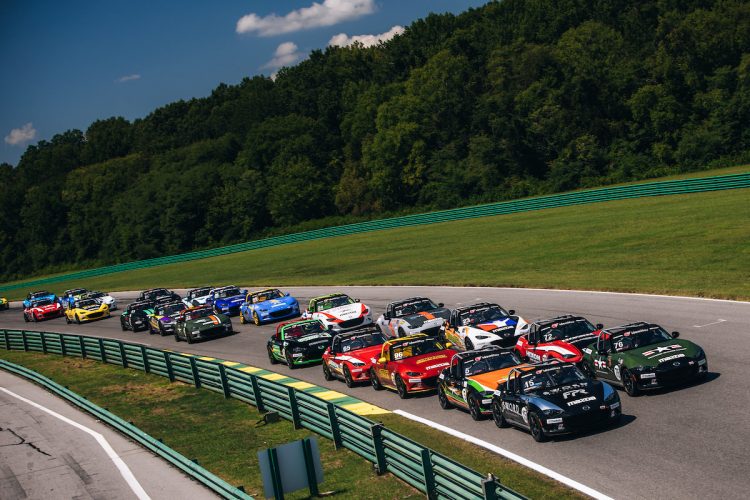 Defending Champion and Promising Rookie chasing Championship leader with $250,000 on the line

BRASELTON, Ga. (Sept. 27, 2022) –  The 2022 Idemitsu Mazda MX-5 Cup presented by BFGoodrich® Tires championship will come down to the final checkered flag of the season at Michelin Raceway Road Atlanta. Three contenders are in the hunt for the $250,000 championship prize including a defending champion and a rookie.

A slim 140 points cover the top three drivers in the championship: Jared Thomas (No. 96 JTR Motorsports Engineering), Gresham Wagner (No. 5 Spark Performance) and Connor Zilisch (No. 72 Hixon Motor Sports). With 380 points up for grabs in each of the two races, every position is important.

Wagner has been in this situation before; he is the reigning champion and earned that title in last year’s doubleheader finale at Road Atlanta. This time, however, Wagner comes into the final event chasing rather than leading. He is 55 points behind Thomas.

“My approach doesn’t change much from last year,” Wagner said. “If there was a bigger difference in the points gap it may feel different, but it’s similar to last year. The points are close enough that you have to aim to win the race, and whoever can manage to do that will likely come out with the championship. I think the one variable this year is having Connor [Zilisch] in third, with how well he’s been driving the last couple of races. Ultimately, I think you just have to approach it the same as any other race, and how I did last year, and go out, race hard and aim for first.” 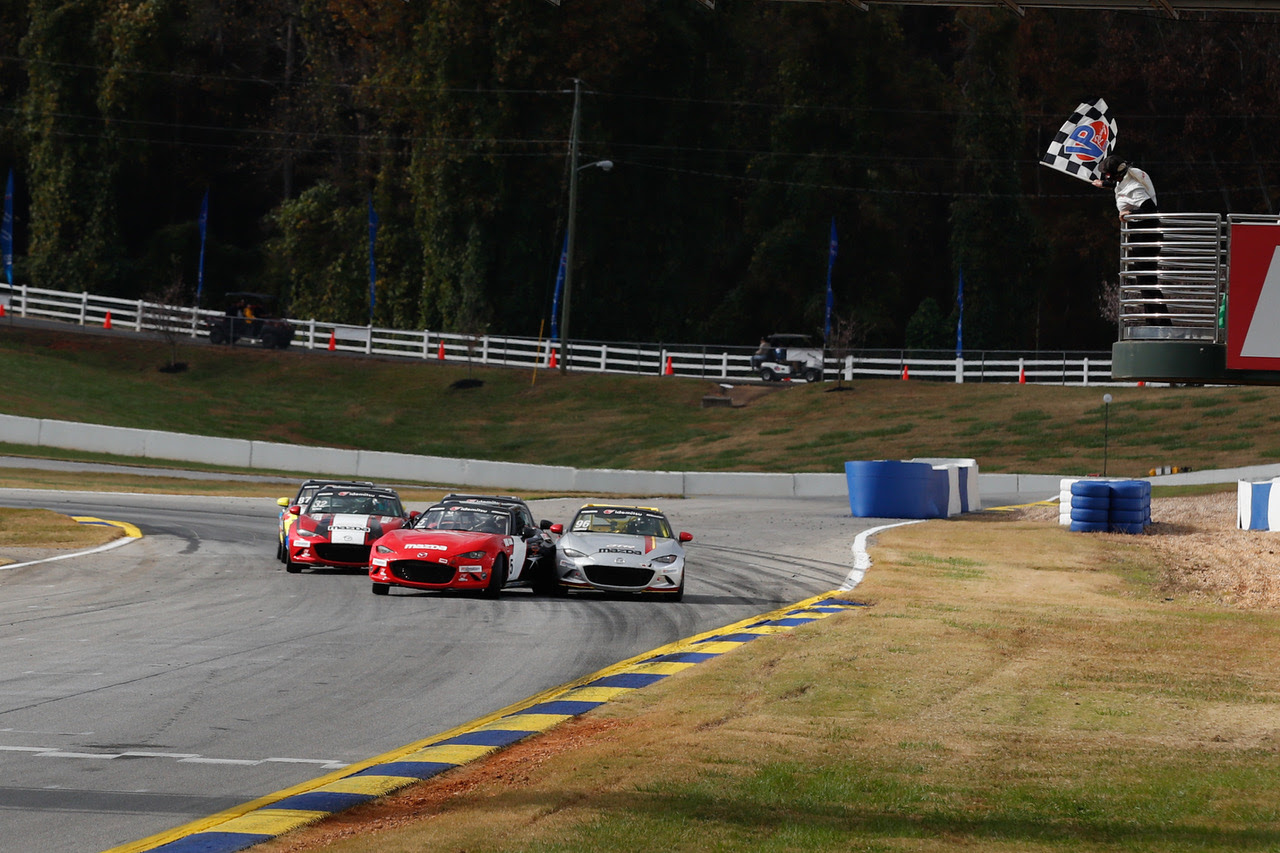 Last year at Road Atlanta, Wagner took the Race 1 win over Thomas by only 0.015-second, sliding across the finish line nearly sideways. In Race 2 it was Thomas who took the win as Wagner played it safe with the championship in his grasp.

His strong showing last year has Thomas feeling confident coming into the final two races of the season.

“I feel really good,” Thomas said. “Road Atlanta is one of my favorite tracks and I feel confident in the equipment my team have prepared for me. I’m looking to pick up right where I left off here last year!”

Zilisch has more than proved that Mazda made the right decision choosing him for the MX-5 Cup Shootout Scholarship. The rookie has won three races this season and finds himself in contention for the championship alongside series veterans. 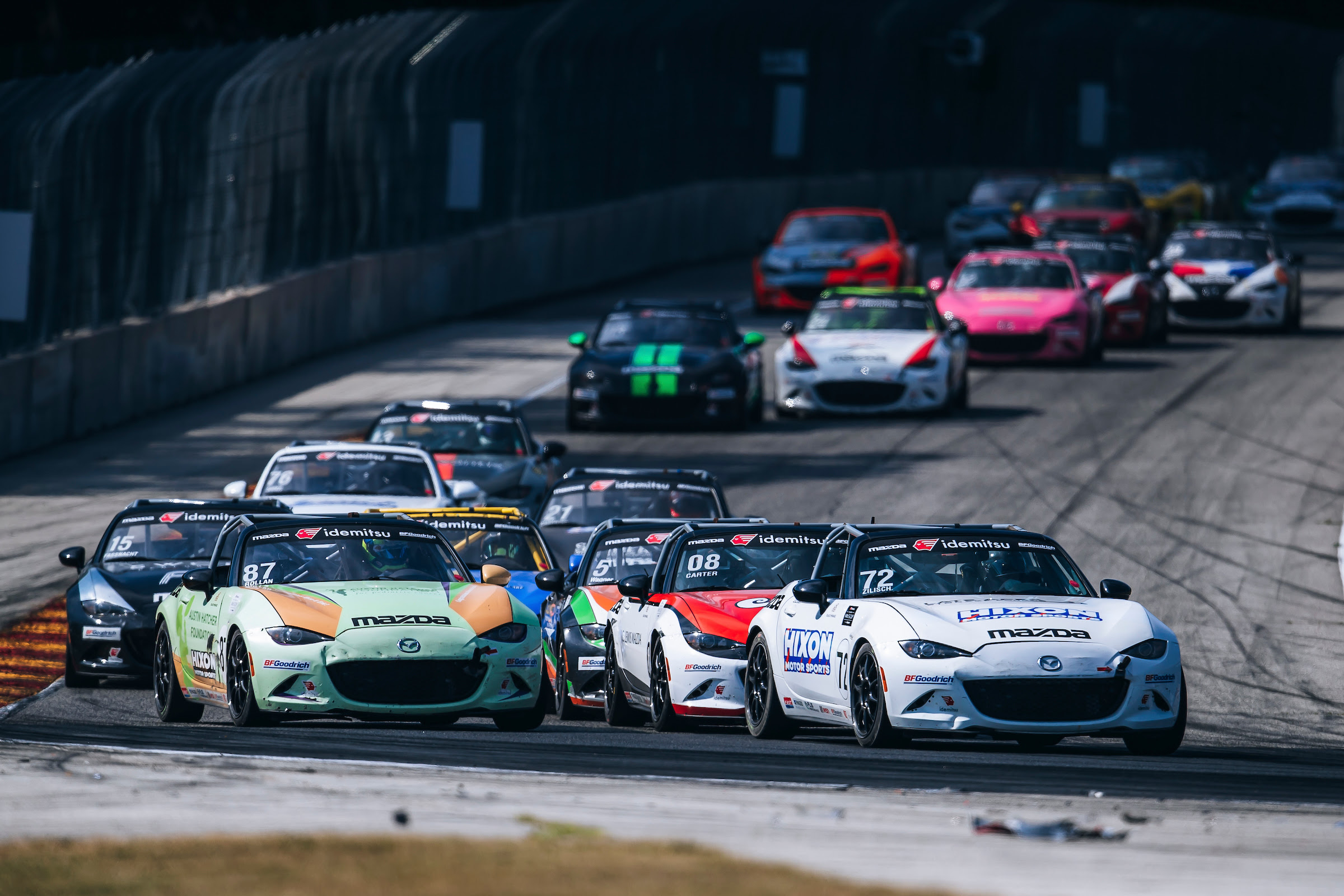 “Regarding the title fight, my game plan doesn’t change,” Zilisch said. “I show up to the track to win and that’s the attitude I’m taking into Road Atlanta. Whatever else happens, happens, and as long as I know I did the most I could have, I will be happy.

“My rookie season has exceeded expectations, in categories such as growth as a driver, and even just a person off the track. I’ve made lifelong friends and memories that I will cherish forever. This opportunity was once in a lifetime, and I’m grateful that I was able to experience Mazda MX-5 Cup firsthand.”

Should Wagner prevail, it will be the first time in series history that MX-5 Cup has had a repeat champion.

“Regardless of how fast you are or the experience of being a champion, the series has always been really competitive without much room for error,” Wagner said. “When you look at last year, I only had one finish outside of the top six, five wins and 10 podiums, and just managed to win. When you have a series that demands that level of performance, it gets really hard to compete at that level for two years without some bad luck or mistakes. This year, I’ve managed to get back in the championship picture through some recent misfortune for others, otherwise my mistakes this season would have eliminated me a while ago.” 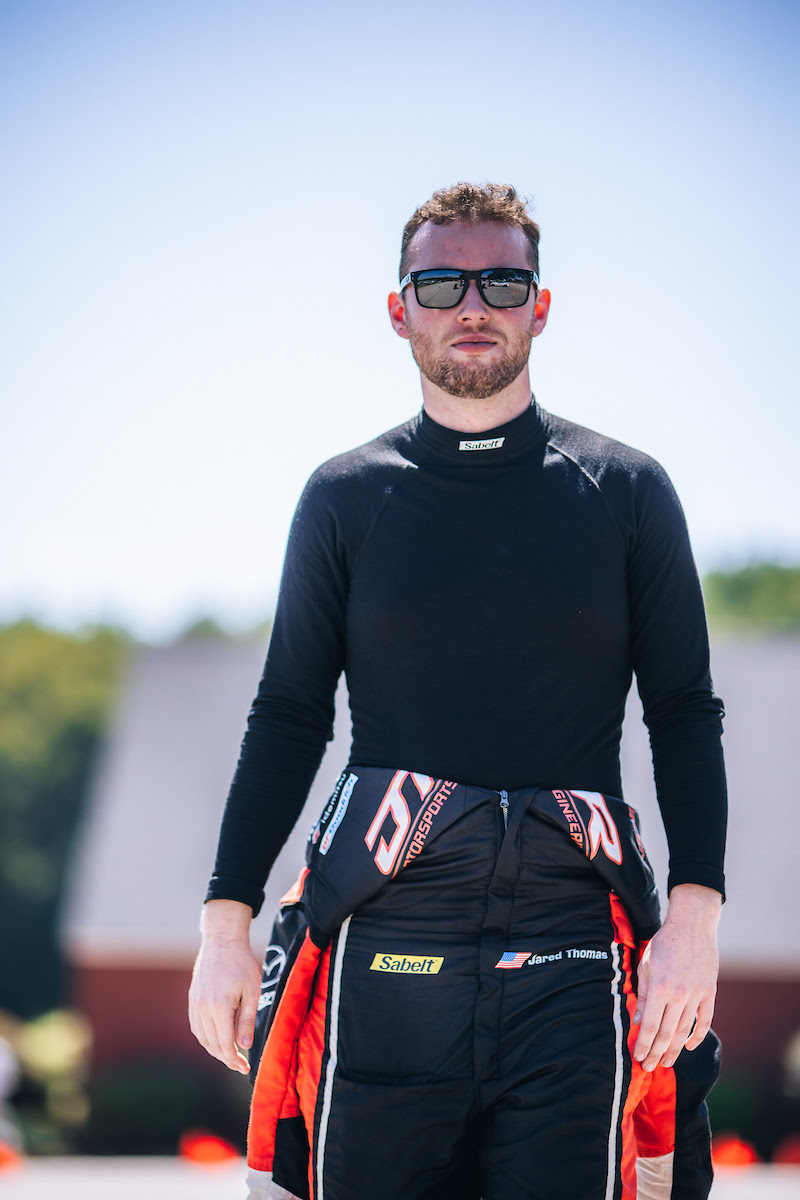 As a MX-5 Cup Shootout Scholarship winner and former Rookie of the Year, a championship for Thomas would be fulfilling a path set in motion years ago.

“For me it would mean that hard work turns dreams into reality as a driver and a team owner, Thomas said. “Ever since I won the MX-5 Cup Shootout in December of 2019 the number one goal has always been to win the championship. In my book winning a MX-5 Cup Championship is one of the most prestigious championships in North American sports car racing due to the extreme level of competition.”

With extreme competition comes extreme rewards; the 2022 MX-5 Cup Champion will walk away with $250,000 from Mazda. Payouts continue through 10th in the point standings, plus an $80,000 prize for the Rookie of the Year.

The level of competition and the support from Mazda are two of the reasons drivers keep coming back to MX-5 Cup. No longer is the series a stepping stone to other championships, instead it is a destination unto itself. That is why the finale at Road Atlanta may be the best races of the weekend or even the best of the year. Don’t blink, because you may miss the move worth $250,000.